The Darkest Souls are often the brightest 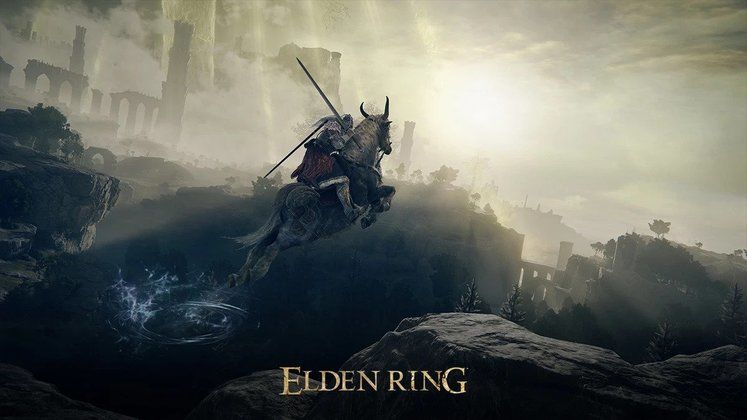 It is hard to understate just how important Dark Souls has been in the last decade of gaming. From its stories to its design philosophy to its multiplayer, every layer feels thought out and controlled. Over time, it has slowly become one of the most influential games in modern history. If my time with the game is anything to go on, Elden Ring seems to be set up to do the exact same thing.

Oftentimes, when I play a game, I have to settle the difference between a technically great system and what that does for my enjoyment of the game but Elden Ring matches the two perfectly. Every time I get surprised by how well something works, I immediately get whisked away into something else. Even thinking about it now, I’ve forgotten so many of the game’s surprises because it throws them at you all the time. This is largely due to Elden Ring’s approach to its open world. 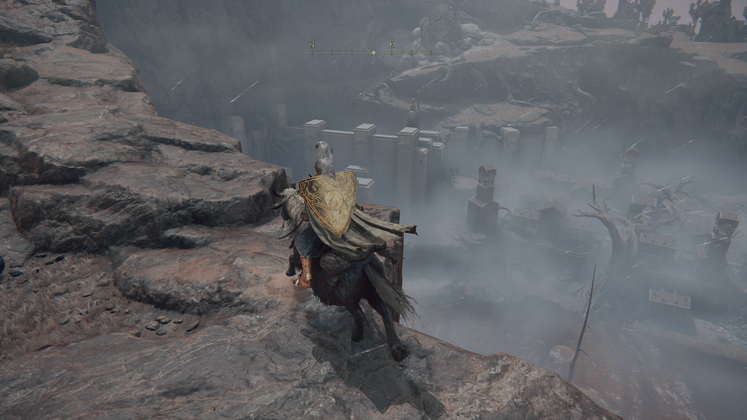 “Every time I get surprised by how well something works, I immediately get whisked away into something else.”

It seems fair to say that many were a bit worried about how an open world would work. Dark Souls is known for tight world design and impeccable pacing. You can start in one area, travel for a few hours, and unlock a ladder back down to your starting position, shining a new light on the way you see the world. It gave a much more vertical approach to level design, making the entire world feel much smaller than it actually is - a diorama you trawl through.

Elden Ring has this exact same philosophy but applies it to a much bigger world. You can find a simple cave off a beaten path, only for it to expand out into a secret area - holding a boss with hours of story behind them. Multiple times, me and my partner would point out something strange in the environment, only to have it explained in a passage, later on, completely flipping the way I saw the world. I felt constantly surprised by Elden Ring in a way I haven’t in some time. As someone burnt out on modern open-world design, Elden Ring is both a refresh and a blueprint for the future.

This approach to the world is only complimented by From Software’s standout storytelling. In Elden Ring, you explore the Lands Between, a world originally controlled by the titular Elden Ring. After years, it was shattered and spread across the lands. If you wish to restore it and become the Elden Lord, you must collect all of the great runes and connect it once more. This is a wonderful parallel to Gwyn, Lord of Cinder. You make your way through the world, looking for a justification for anything you do and you won’t always find it. Fundamentally, Elden Ring is a story you tell yourself. You piece it together through items, enemies and the environment itself - then fill in the blanks however you would like. 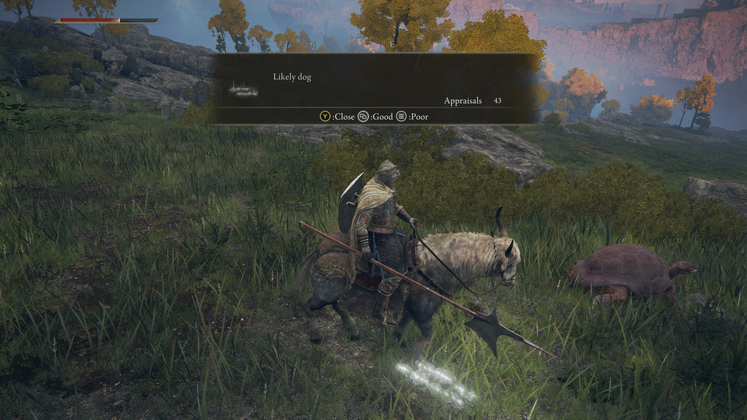 This has led to these great pre-internet style watercooler moments in the online community. People are guessing intent and trying anything to unlock all of the secrets it holds. I have, on multiple occasions, gone on a wild goose chase through caves, dialogue and so much more to replicate a story, only to solve it myself later on. It’s a wonderful feeling to not have everything solved for you as soon as you start the game.

It seems likely that Elden Ring will be compared to Breath of the Wild a lot over the coming years and I can certainly see this through its openness and creativity but I think the most obvious comparison is to how exploration is treated. Elden Ring is a cure for modern open-world design through exposure therapy. If you want to jot down every little area and quest, you will get lost in all your notes. Sometimes, you just have to let that all go and explore. To feel fully free, pick a direction and move.

This movement is made much better through Torrent, Elden Ring’s summonable horse. Early on, you meet a character named Melina looking to achieve many of the same goals as you - working similar to The Doll from Bloodborne or Maiden in Black in Demon Souls. She is an anchor to the world and your way of levelling up. She also gives you the game’s single greatest traversal mechanic in your horse. I think From Software are often falsely credited with having deadly serious worlds or for choosing a design philosophy over fun but Torrent is the direct antithesis of this. He is incredibly fun to explore the world with and makes some encounters much easier. It gives you a huge world to look over and gives you the perfect tool to do it with. 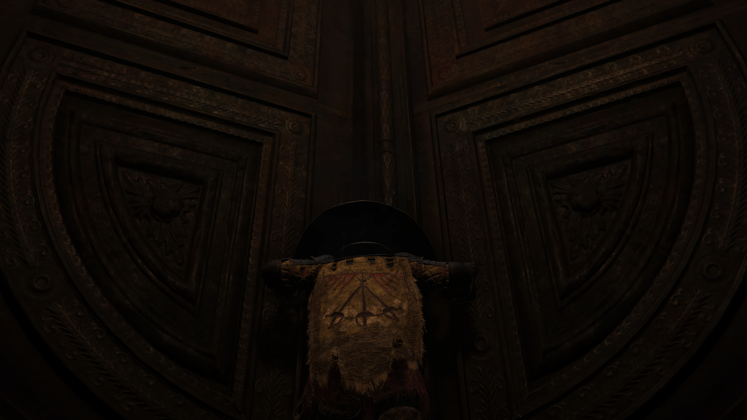 Although it may not look like it, Elden Ring is an experience made up of different relationships. You find other Tarnished, all looking to achieve the same goal. You also find wretches looking for pain, sinners looking for salvation and normal people looking to survive. Much like the community itself, Elden Ring is a story told through people. It takes a grand setting and makes it feel so human. Even the game’s most deplorable people have tangible goals and a path they have taken. Ultimately, most people are on the same path as you, some are just much further down.

The Roundtable Hold represents this well. Working as the central hub world, Melina brings you here to talk to most of the main characters throughot the story, giving you room to breathe, conversations to have and even someone to talk to that advises you on where to go next. Elden Ring doesn’t want you to get stuck - it wants you to change, grow and explore.

The gameplay complements this philosophy well. Where previous From Software titles take joy in the triumph of a challenge, Elden Ring is all about the journey. Bosses checkpoint your progress but your internal validation often comes from the sights of a particularly bloody new land or the beauty of a more celestial arena. The journey is itself a statement of intent. You cannot go hollow. Your path is not a linear one. 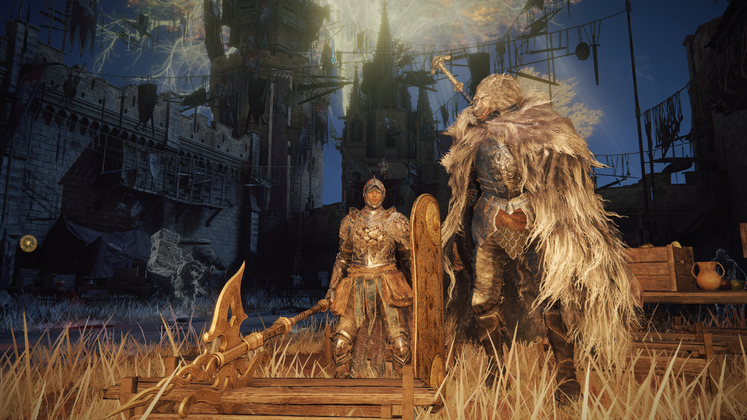 “Elden Ring is an experience made up of different relationships.”

You can also just bash stuff with a big halberd and that’s a lot of fun. By the time I had reached the end of the game, I was taking down bosses with ease, hacking away at their puny health bar with a fully upgraded Golden Halberd. This being said, I never really lost the will to continue. I had earned that relative easiness and the sense of accomplishment felt oh so sweet completing the story.

Part of this accomplishment is down to the ability to see everything. Elden Ring is a great looking game and it looks particularly great in the more stylised areas. When lights are cast and shadows creep up on you is where Elden Ring finds its stride. Like the game itself, the visuals are a balancing act, finding a sweet spot in between the crushing darkness and blinding light.

The multiplayer accentuates this dichotomy well. Where one message may warn of a partciularly dangerous enemy or a hidden chest, another will send you plummeting to your doom. You can summon in a friend to explore the world or get invaded by a particularly dangerous mage. In Elden Ring, your friends are both your greatest strength and biggest deterrent. You can now opt-in to invasions, making almost all aspects of it optional. This is a great move that allows you to choose the best experience.

Outside of performance issues, one more thing I could see players drawing umbrage with is the repetition of bosses and pacing end-game. Though they are mostly optional, you can find a lot of earlier bosses throughout the late game. For me, this was a great recognition of all I had accomplished in the 50 hours since seeing them but I could see this irking some players. As well as this, with my game being quite easy near the end, this could potentially annoy some, looking for a showdown that takes a week to beat. Luckily, Elden Ring is a game you take at your own pace. If you don’t like an area, try a workaround. If you feel underpowered, search for better gear. Elden Ring, in every single design choice, tells you there is always another way. 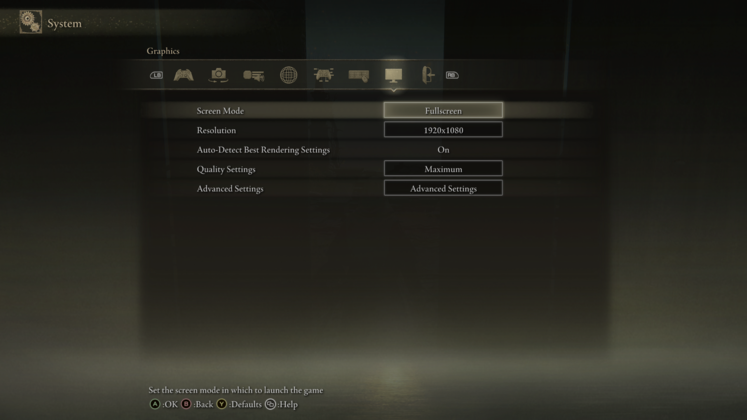 I played Elden Ring on a Ryzen 7, RTX 3070 set up, a Steam Deck, and an Xbox Series X and my time with it was surprisingly stable. I played mostly post-launch and had a few issues on the PC but the general experience was fine. The game ran consistently, with no crashes throughout over 100 hours of play. This being said, the reports of PC performance in the community just isn’t good enough. It is a truly excellent game that may need a little help on PC. 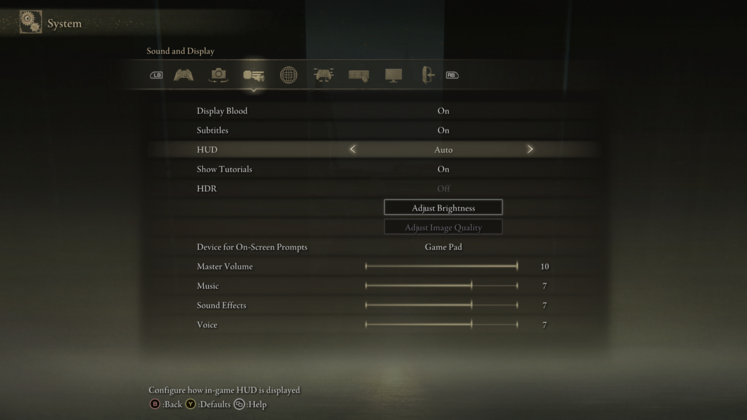 Before starting, it’s important to branch this into two main sections: approachability and accessibility. Elden Ring is, by far, the most approachable game From Software have ever made. If you struggle with a boss, you can go somewhere else, grab good gear and takedown that enemy in a handful of shots. I didn’t find myself getting stuck at any point playing Elden Ring. This being said, it could be better when it comes to accessibility. While it has audio sliders and subtitles, it could benefit from the ability to customize these. Just simple ways of adjusting the color and size of options would go an awful long way.

Elden Ring is a walking example of a 10 out of 10 game that isn’t perfect. No game can be perfect but there is just so much in here to love that it becomes hard to pay attention to its mistakes. Every handful of hours had the game open up more and, every time, I was desperate to keep searching, exploring, conquering. Now, over 100 hours later and two playthroughs, all I want is to discover more of what Elden Ring has in store for me. This isn’t just one of the best From Software titles but one of the best games I’ve ever played and I would be shocked if this didn’t have reverberations on the entire games industry.

Every bit of it. Every hour, I was met by a new favourite moment from secrets to throwbacks to those heart-wrenching side stories. Explore the world and find them for yourself.