Empire Earth is indeed an ambitious project. There are 14 different epochs that give the game vast replay possibilities

Empire Earth is indeed an ambitious project. There are 14 different epochs that give the game vast replay possibilities. Admittedly, not all 14 epochs are significantly different but there is enough variety here to please most people. There is a significant change at the third epoch, Copper, at the Renaissance epoch, because you get gunpowder, and at the World War 1 epoch because you get tanks and planes. The last two epochs also offer an interesting addition in the form of Cybers. These mech-like units are more interesting than one might imagine. They each have unique capabilities and can do some serious butt-kickin’! They really do make the Digital and Nano ages a lot of fun. 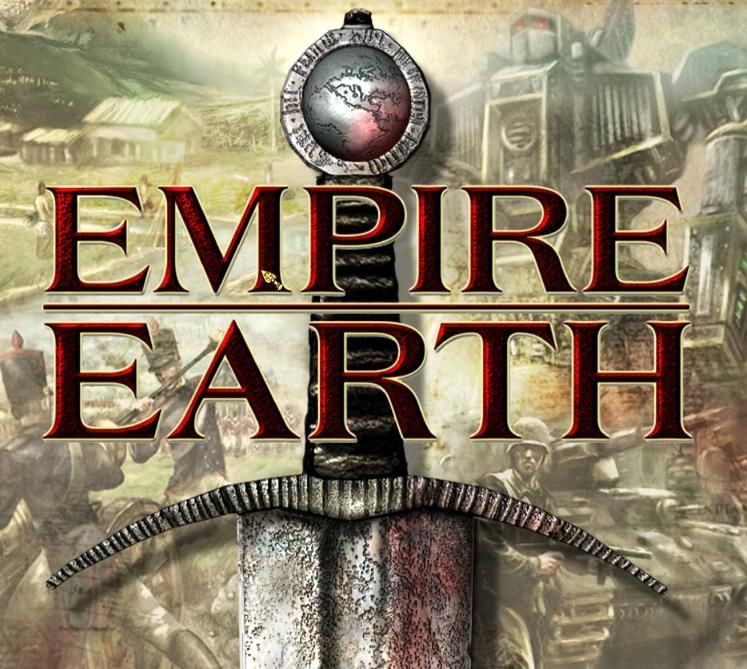 The resource collecting (there is always resource collecting in an RTS game right?) is a lot like the Age of Empires series though not as much micromanagement is needed. I am not a huge fan of the villager/peon/citizen form of resource collecting but SSSI does what it can to make this a little easier. At first look it doesn’t appear all that simple. You need to collect food, wood, stone, iron, and gold. Wow! That’s a lot, right? Yes, it is, and you have to learn to balance those very well to be good at this game. Some things that make it a little easier are farms that don’t have to be replanted and mines that do not run out of resources……all resources can be collected in the same building. This makes the whole process easier as you just assign citizens to the resources and you leave them alone. Later in the game there is very little to worry about in regards to the economy so you really get to spend more time on fighting. Isn’t that why we play RTS games? Yes!

There are well over 200 different units that you can choose from as you advance through the epochs. You start with cavemen who carry slings and clubs. You advance through the usual pikemen, cavalry and cannons of the Middle ages on into tanks and planes in later epochs. Some units are phased out and some can be upgraded to all new units. Air power takes on great significance with bombers, fighters, fighter/bombers, and nuclear bombers. That’s right, NUCLEAR BOMBERS! This one has a seriously large explosion and does some serious damage. Very cool to use and to watch. Air power can be a little complicated to use but the flight patterns look very nice, somewhat similar to the way Total Annihilation did their planes. In addition to the normal soldiers there are also “Heroes” that are available. These special units come in two types. One is a strategic unit and the other is a warrior. They give morale to your troops and help them to fight better. The strategist also heals units while the warrior is a fierce combat unit. 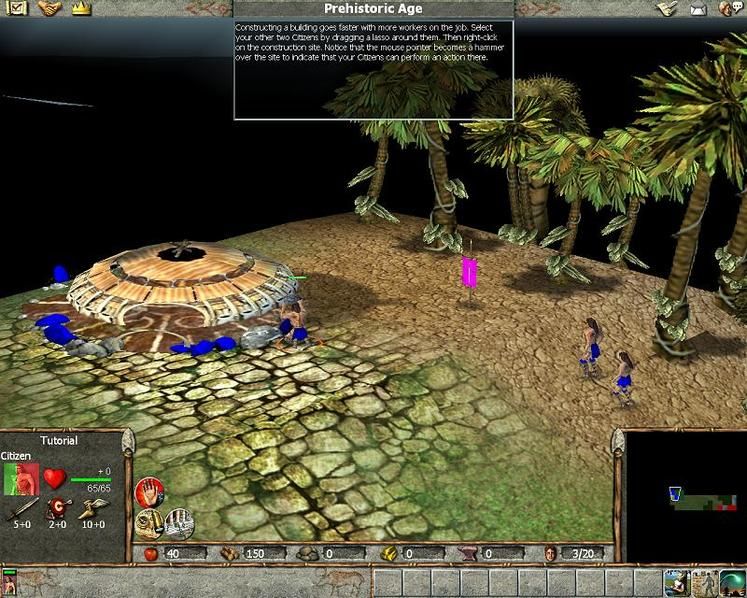 There is plenty to enjoy here for the single player gamer as well as the multiplayer gamer. There are numerous campaigns that are not only fun to play but challenging as well. The AI is definitely not a pushover either. Newbies need to start on easy and hope that someday they can compete on the hard level. Skirmish mode is fun and you even see a number of “comp-stomp” games online.

When playing online one of the first things you do is to select a civilization. This is a little different from the Age of Empires series where you selected your civilization before the game launched. In EE this selection process is on-the-fly, and for the most part, it prevents others from selecting a civilization to counter yours. There are no unique units but your civilization does give you bonuses in certain areas. These bonuses do things like speed up citizens or make your cavalry stronger or many other varied options. You also can play a “Custom Civ” game where you choose what bonuses you would like with an overall limit on how many you can get. These custom civs can be built before the game starts in a custom civ builder. There is also an excellent scenario editor that gives a lot of flexibility for creating maps or missions or campaigns. 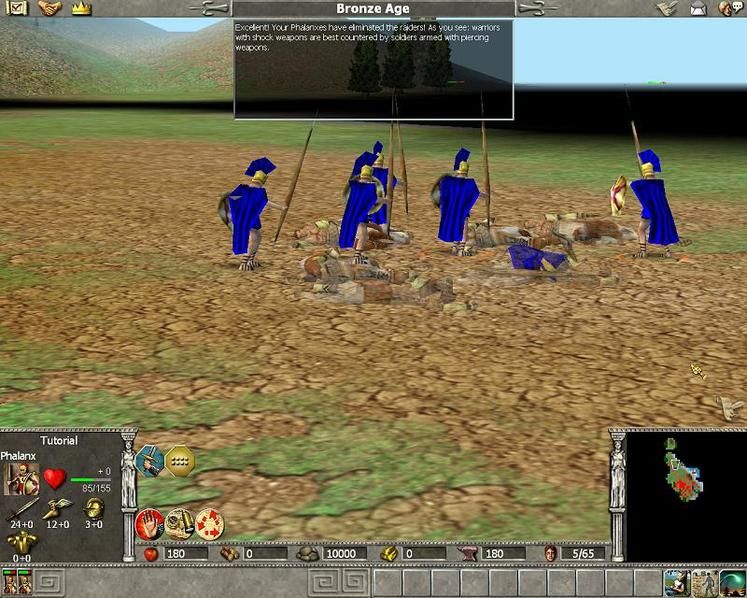 Some would say that I am biased towards EE because I am the webmaster at a fan site. To be honest though, after playing the demo and the beta, I was less than enthused. In fact, I was thinking that EE was not going to be something I wanted to play as a dedicated RTS gamer. After playing the retail version, and playing it intensely for awhile now, I would have to say that my opinion has definitely changed. This game is just plain addicting if you are a diehard RTS player. Don’t judge this game by the demo!

When was the last time you actually read a game manual? Not only do you need to read this one but you will “want” to read this one. SSSI and Sierra have given us an excellent 200+ page manual that covers many aspects of the game. Also included is a hotkey card with dozens and dozens of hotkeys. There is also a huge foldout chart that shows epochs, units, buildings and much more. The documentation is well-done and is definitely a positive for the gaming experience. 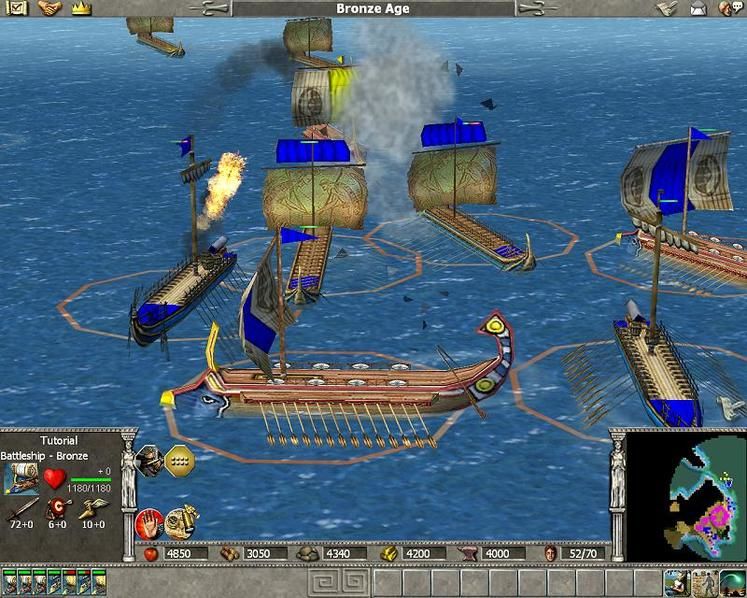 The depth of EE is truly amazing. Since the tank rushing days of Red Alert I always look to see how many ways you can realistically win a game in any new RTS. In EE you have multiple ways of defeating your enemy. I haven’t even mentioned priests or prophets yet. Though some people hate them they are valuable units which can turn the tide of victory in your favor. The prophet can call down all sorts of calamities upon your enemy including a cool looking volcano, the plague, and many more. EE also continues the tradition of wonders but these are different. They actually do something and, though they are expensive, they can be built regularly. One of my favorite wonders is the Library of Alexandria. When you build it you can see the location of every building that your enemy owns. This is a great weapon to have as you can hit your enemy with artillery or other long-range weapons.

The vast number of units is almost overwhelming but are fun to learn as every unit has a counter unit. There is also a naval warfare. These all can be upgraded through the ages so this helps to simplify the battles on the sea. Aircraft choices also include helicopters. There are four different kinds of helicopters that can be built, with each having a specific task.

The biggest draw that EE has is that it is just so big. There are so many options that some might feel a little overwhelmed but for the diehard gamer, it is heaven. Don’t know what epoch to begin in? No problem. Just select random and you will randomly start in anyone of the 14 different epochs. There are choices for starting resources and modes of play and on and on. EE can be played in so many ways. If you only play during the middle epochs you might feel like you are playing an Age of Empires clone. But if you only play those epochs then you are missing the real fun part of EE. It is so much more than those few epochs. It is almost like 4 or 5 games in one.

It’s a little tougher to find negative things to say about EE, though it certainly is not a perfect game. 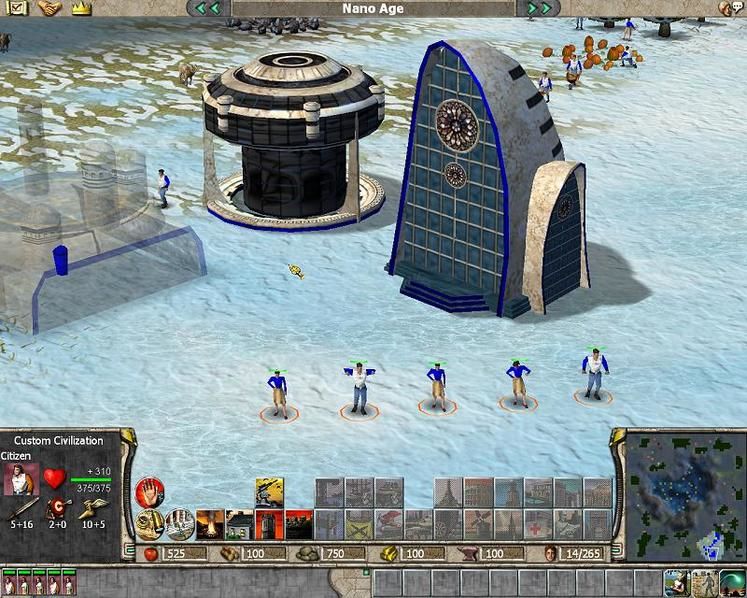 One of the complaints that many people have with the game is that the 3D engine is not fully utilized. You can zoom in and out but you cannot rotate the camera. This might be a good thing but one has to stop and ask why a 3D engine was needed in the first place. If it really was not going to be used very much it would make more sense to just leave it out. It seems to many that EE could just as easily have been made in 2D and not suffered at all.

Speaking of zooming in, you don’t really want to do that. The worst part about zooming in is that it reveals just how poor the graphics are. Though the game looks alright from a normal view it is easy to see just how few polygons were used when you step into the action just a little. I’m not saying that EE is an ugly game but some compromises were made in this area to keep the game running at a decent pace on slower machines. Some people love the graphics and some people hate them. There doesn’t seem to be much middle ground on this topic. 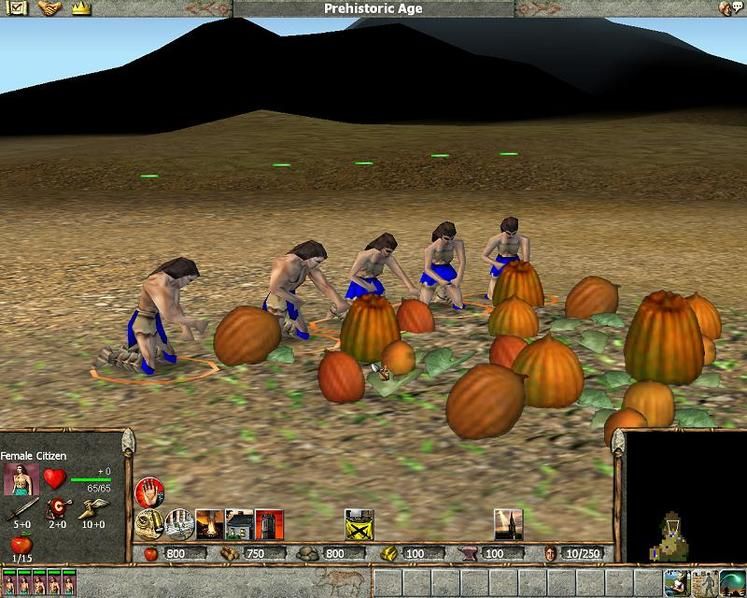 Sierra’s gaming service is also a shortcoming in the process of playing EE online. To be honest, the service is just barely adequate. I have seen better functionality in RTS game lobbies that were released 5 years ago. Many people that play EE come from an Age of Empires background so they naturally compare this service to The Zone. Trust me, the Sierra lobbies are woefully lacking by comparison. Hopefully Sierra will make some changes here. In the meantime, EE is now playable on GameSpy and the interface there is a little better than Sierra.

One of my personal gripes with EE is not about the gameplay but about something that limits the immersion factor. As somewhat of a history buff it pains me to have the same units available for every civilization. It seems weird to pick England and then produce Panzer tanks or fly ME-109s. Or to choose France and fly P-51s and Fokkers. Every player uses the very same units. There are no real different sides. This is very different for me. I am comfortable with unique sides like the Zerg or Protoss or Terran of StarCraft. Or at least having unique units like in Age of Empires. But thats not the case here. Everybody fights with the same identical units.

Another common complaint is rushing. This is one of those complaints that is heard in every RTS since the genre first started. This early attack is very much alive and well in EE. If you play an “Experts Only” game then expect to get rushed. This is something that seemingly cannot be avoided in an RTS game but at times does take some of the fun out of it. Do yourself a favor and just avoid those expert only games. You’ll have more fun playing average players who like to “epoch up” and build huge armies and have unbelievably large battles.

The advertising for EE says that epoch is too small of a word. Believe it. This game is massive and massively FUN!! 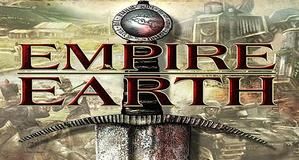