Empires: Dawn of the Modern World

DOTM has all the staples of the “classic” RTS, but in a move all too common nowadays, starts relying heavily on ‘hero’ characters

Being a great fan of Stainless Steel Studios’ Empire Earth,' I was really looking forward to playing what everyone assumes to be the sequel, Empires: Dawn of the Modern World (DOTM). Those of us expecting more of the same are going to be disappointed (or excited depending on your point of view). Unexpectedly the scope has been reduced from that of its predecessor, focusing instead on a shorter one thousand-year time span set from the Middle Ages to WWII. 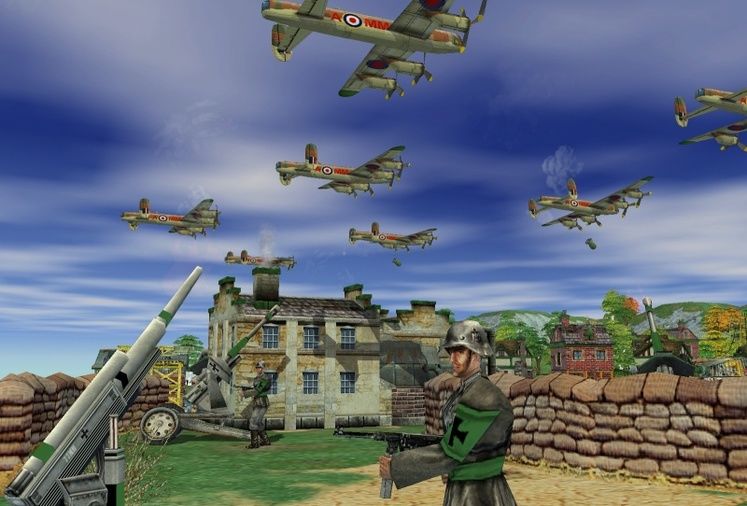 DOTM has all the staples of the “classic” RTS, but in a move all too common nowadays, starts relying heavily on ‘hero’ characters. These characters are virtually superhuman, in fact, for me at least, way too overpowered. Lets face it, 2 guys on horseback wielding swords will not wipe out 30 or so mixed attackers, especially when being peppered by bowmen from a distance – sorry, its a no-no As per normal, its a case of gathering supplies and building armies in an attempt to attack the other player who will be doing much the same. Resources are handles slightly differently from the norm, and it takes ages for a tree to actually be chopped down, so if you are thinking of setting your peasants to hack a way through a forest for you, start them off & come back in a day or twos time. There are 3 single player campaigns, Richard the Lionheart (1182-1190), Admiral Yi Sun-Sin (Korea, 1590-1597) and an impressive finale, General George S. Patton (1942-1945). Each of these campaigns consist of 5 missions and are superbly written, achieving just about the correct balance of achievability enabling novices & RTS vets all to enjoy without the inevitable feeling of boredom so prevalent in some of the more recent genre. Adding to the overall enjoyment factor are the cutscenes and voice acting, which somebody obviously spent a great deal of time thinking about before coming up with the goods

It has to be said that the graphics in DOTM are breathtaking. The water is bump mapped and quite possibly the best I have seen in ANY games genre. Attention has been paid to almost every detail: - chain mail really looks real and the colours of the general clothing are rich and vibrant. In battle, buildings burn as they take damage, guard towers deteriorate and eventually collapse, while ships sails get shredded & tattered. On the minus side, the ground & trees still have a kind of washed out, unnatural look that can detract if you let it. Mention must me made here of the “fog of war”, as in DOTM, that’s what it actually is – it swirls, thins & lifts so realistically, you expect to see it come out of the top of the monitor. 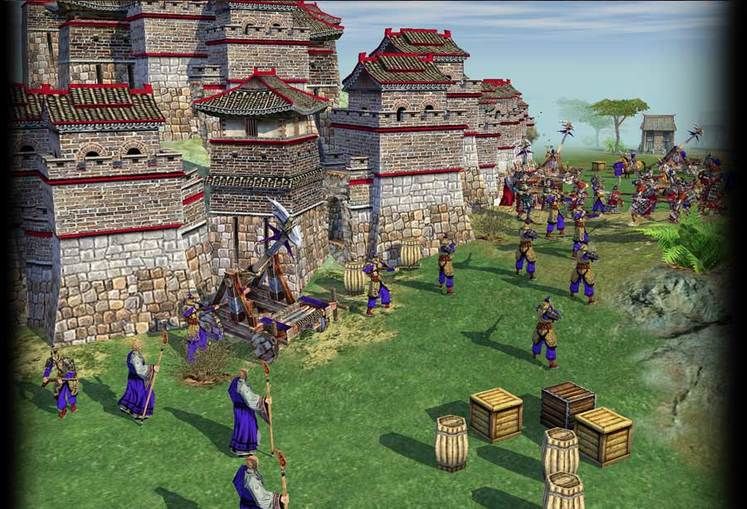 As for unit animation, well, “say no more”!! Bowmen actually pull back and reload their bows and you can virtually feel the strain yourself; and the infantry don’t just steam in with swords in one position. Unfortunately, the camera controls tend to let the side down a bit here, as you are limited to a zoom function with no sign of the much loved camera rotation. This leads to a great deal of frustration as you frantically try to control your troops from your ‘fave’ camera position, only to find it is damn near impossible meaning you often have to go back to an overhead view to achieve the required results.

So, all is pretty damn good up to this point, which brings us onto the audio. As you may well guess, nothing has been stinted here. The musical score is used to great effect, both as a background while your troops hack the enemy to pieces, as well as being an integral part of the cut scenes. As I mentioned earlier, the voice acting is well above par for a game of this sort – there is no ‘flatness’ here. If one of the characters is angry or upset, you know it straight away. The accents may be a tiny bit OTT, but that is acceptable – lets face it, most peoples impression of a French accent stems from John Cleese’s taunts in “the Holy Grail”. Each of the civilisations within the game has their own idiosyncrasies and distinctive sounds, once again a lot of thought went into this and it really does show 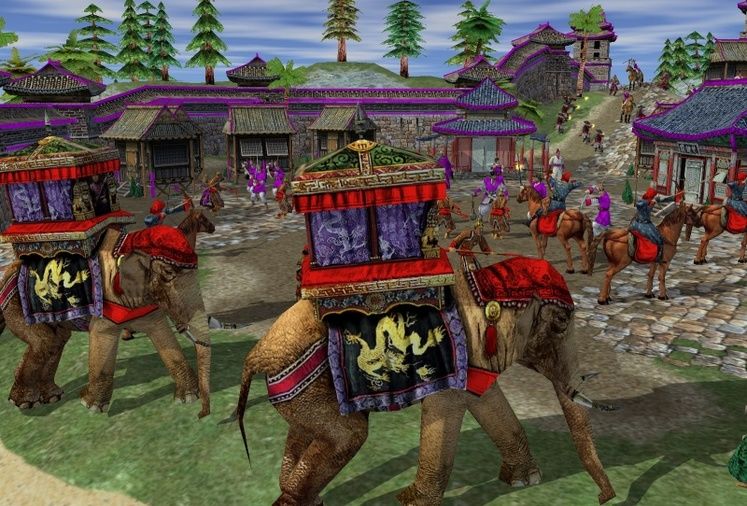 Multiplayer is fairly expansive, allowing you to choose your own paced game, the fast empire builder or a slower action game. The eight differing civs each offer a slightly different gaming experience that can be further enhanced by your choice of time periods. As so much thought has gone into this game, it won’t take you long to settle down to your favourite epoch (‘modern’ or WW2 is so much fun, but personally I prefer the more tactical elements that can be utilised in the earlier campaigns)

As if all this wasn’t enough, SSS have also announced the development of 2 expansion sets to further augment and expand upon the 3 epochs currently available. Once all the pieces are ‘joined’, we may well have a game that will rival Sids’ Civilization series for multiplay popularity. 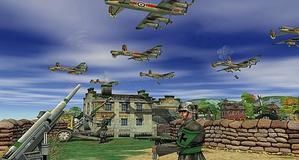