Is this the nine-thousandth piece of DLC for Europa Universalis 4, or the ten-thousandth? I’ve lost count. We’ve been bombarded with extra chunks of content for Paradox’s excellent grand strategy behemoth since it came out back in 2013, and for the most part they’ve added smart new features that improve on an already horribly addictive core game. So does latest effort Common Sense keep up that trend? By and large yes, but it’s not without its flaws.

Nick Horth plays Common Sense and discovers that he doesn't have any.

Let’s start with the new government options. Constitutional monarchies, most famously represented by the English government, make you sympathise with all the bloodthirsty, despotic tyrants throughout history who just wanted to get things done. To enact new laws you have to push a vote through parliament, and to get the individual constituencies on your side you essentially have to suck up to them, bribe them, or otherwise cajole them into playing ball. As with everything in EUIV, there’s a careful balance to be found here. The bigger and more powerful your country becomes, the more seats in parliament you’ll need to give away, and the more expensive it is to ensure your political dominance.

Religious types have plenty to keep themselves occupied, too. Protestant countries can gain church tradition over time that can then be traded in for various perks, from improved army morale to increased trading power. I’m still not sure there’s enough new benefits to convince a Western power to switch up, unless they happen to like like being bum-rushed by hordes of irate Catholics, but I like that converting to Protestantism allows you to tweak your religion to suit your nation. Buddhist leaders in Asia need to balance their Karma, fittingly; get too spiritual and you’ll become disconnected from the day-to-day grind of running your nation, get too sinful and all your people will start to hate you. 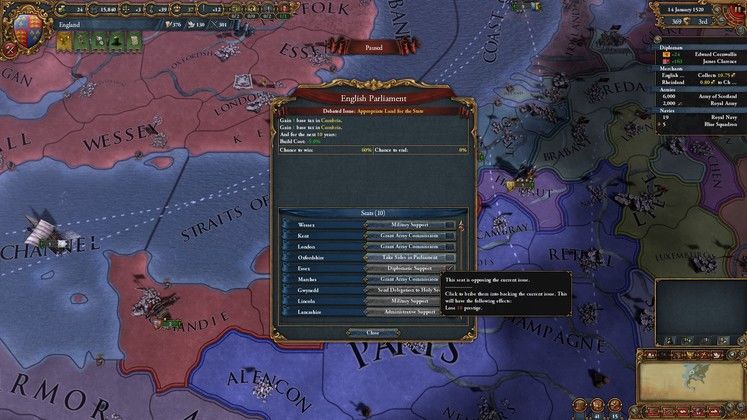 If you think I'm losing prestige on your account, Oxfordshire, you've got another thing coming

Theocracies from all the major religions get a range of new bonuses as long as they adhere to the guidelines of their faith. Playing a religious order like the Teutonic Knights is actually a lot of fun now, especially as the expansion’s vertical development options mean you don’t have to blob the whole map with your colours in order to be a power on the world stage. Theocracies can also select their successors from a list of options, rather than being stuck with a hapless mouth-breather, as so often happens in monarchies. Heirs will typically be older when you get them, but at least you get much closer control over the direction your country is heading in. There’s lots of fun stuff here, and I’ve barely begun to dig into the multitude of options across the rest of the world.

By far the biggest mechanical change is the addition of province development. Each one of your provinces is now given an administrative, diplomatic and military rating. Respectively, these govern the amount the province earns from taxes, the production and trade influence, and its manpower pool, along with a number of other modifiers. Bustling centres of power like Paris and London will have impressive development ratings, while snowy wastelands in the middle of the Russian wilderness might be almost totally worthless. By spending your monarch points, you can improve each separate rating. 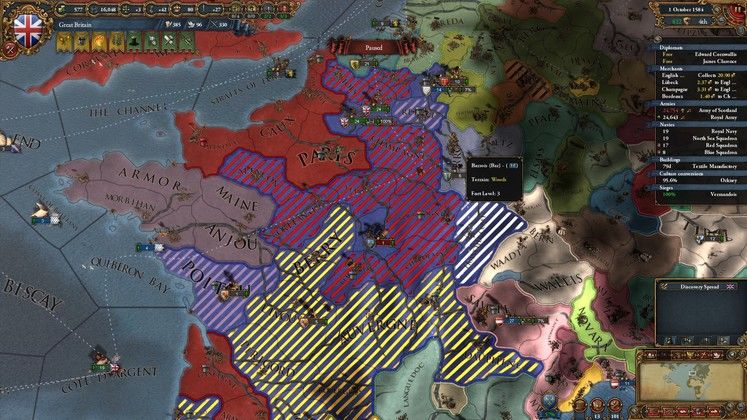 Building up your provinces into regional superpowers is all very well, but it's far more enjoyable to simply march into France and rob all their land

It’s a nice way to differentiate your key provinces, which previously amounted to little more than characterless jigsaw pieces in your overall empire, but the gains from actually trying to improve your holdings are relatively unimpressive considering how expensive it becomes. Monarch points in EUIV are like gold dust, and when faced with the choice of either sinking them into a minor provincial improvement, or saving up for important regional coring or key tech research, the choice is always pretty clear. Development works best for smaller nations, who can focus on making the most of their limited land. For the great powers of the game, it’s often easier to just grab some extra territories.

Combined with the accompanying free patch, Common Sense marks the biggest shake-up that EUIV has received since launch. This is thanks to a couple of huge changes to the combat system. Firstly, you can’t cancel an army’s movement once it’s passed the halfway point. No more cancelling a move halfway through when a thirty-stack appears out of nowhere. Now you simply have to watch as your band of poorly-armed heroes jumps straight into the meat-grinder. It works the other way too, to be fair, and in fact the AI is a little too easy to bait into traps. Especially with the new fort system, which stops armies from being able to bypass fortified positions without sieging them first. This is especially deadly in the tangled mass of Central Europe, where a tiny, insignificant one-province faction can theoretically hold up a military behemoth like France, at least long enough for their enemies to scramble together a defence. 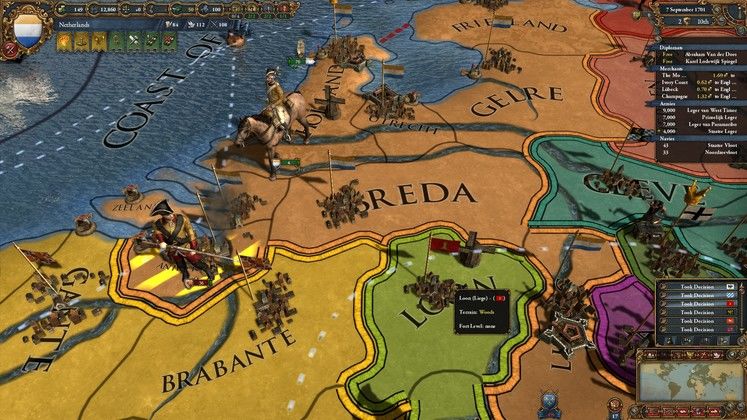 The new army movement system means you have to think carefully about your military orders. Just like I didn't with this poor regiment of cavalry

This makes even relatively minor wars a far trickier tactical and logistical challenge than before, and combined with the development system, it encourages you to think very carefully about which provinces to build your empire around. There are frustrations within these systems; the AI sometimes struggles to adapt to the increased power of fortifications across the game map, and development feels a little looser and less immediately useful than sinking your monarch points into techs and ideas, but in the main I like what these changes do to the game balance. For the first time in a long time I found that my established tactics weren’t working, and as England I had to suffer a number of punishingly one-sided wars with France before I got a handle on things.

With Common Sense installed EUIV feels somewhat less predictable and more ruthless than before, and that’s a good thing for megalomaniacal types like me. The fact that there’s a host of new historical events and tough choices across the traditionally less popular government types in the game is the icing on the cake. It’s not essential, and several of the really game-changing ideas are contained in the accompanying free patch, but if you’re a EUIV fan looking for some interesting new challenges, you won’t regret picking it up.

With Common Sense installed EUIV feels somewhat less predictable and more ruthless than before, and that’s a good thing for megalomaniacal types like me. The fact that there’s a host of new historical events and tough choices across the traditionally less popular government types in the game is the icing on the cake. It’s not essential, and several of the really game-changing ideas are contained in the accompanying free patch, but if you’re a EUIV fan looking for some interesting new challenges, you won’t regret picking it up.

Playing as a small country is a lot more fun now, mainly because you can be a real pain in the arse. I had a great run as the Teutonic Order in Eastern Europe, trapping enemy armies in my heavily fortified provinces while my allies chopped them into pieces, before I annoyed the Russians too much and they stomped me. 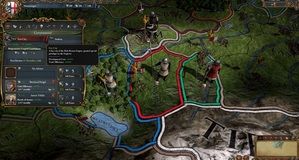