An expansion for the most loyal of EU4 Players? 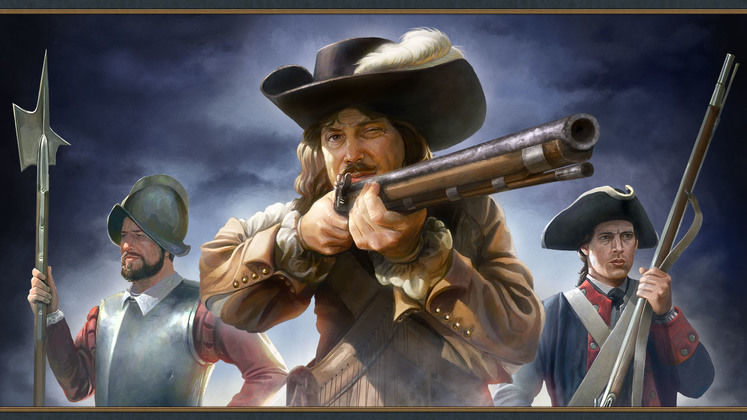 Since as far back as the late 1980s, strategy games have been my go-to genre. There’s something truly satisfying about making the right moves in a strategy game and seeing it all come together as your nation becomes stronger, your economy flourishes, and your armies prevail. I can’t think of a bigger, grander example of the genre than Europa Universalis IV (EU4).

I have well over 200 hours with Europa Universalis IV, yet I still feel like I’ve barely scratched the surface of what this title has to offer. And at the pace that Paradox releases expansions, it’s likely that I’ll never fully grasp all of the mechanics of this Grandest of Grand Strategies. 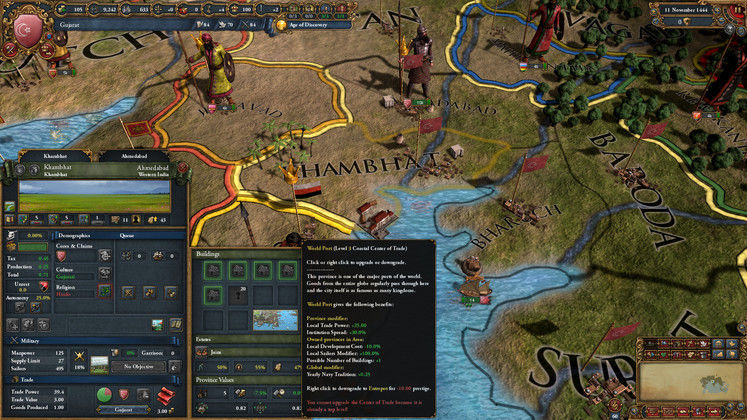 EU4’s newest expansion, Dharma, brings new nations, new provinces, new content, and new mechanics, all adding a significant amount of new depth to the Indian subcontinent and a bit to the base game overall. New mechanics include the ability to shape your government as you see fit via unlockable reforms, while the new content includes new Indian nation mission paths and new policies to go along with the free policy update.

Speaking of free updates, as with all Paradox game expansions, Dharma includes a significant patch, both for balance and content, that is free to non-Dharma- owning EU4 players. Policies have been revamped with players now getting their first policy for free and the estates mechanic from the Cossacks DLC is now available to all players, with updates to its usability and look. There’s more, too, but you’ll have to refer to the massive changelog Paradox so perfectly puts together on their forums with each of their patches. 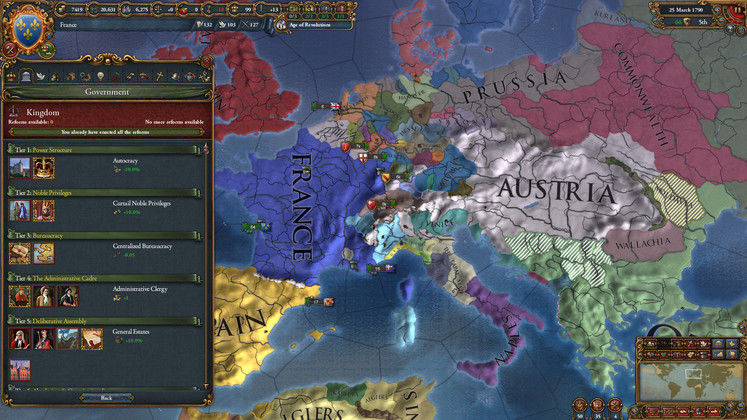 If you’ve been following along with EU4’s frequent and numerous expansions, you’ll likely be integrating these new additions with a bit more ease than say, someone that may have skipped a few expansions (me) or someone who is just now getting in to the game. However, as someone that has most of the content released for EU4, I must admit that the volume of content is becoming a bit more stale and, frankly, overwhelming, as time goes on.

It’s not that I don’t appreciate that Dharma makes the Indian region more unique and interesting to play, it’s just that after almost 5 years of expansions, it’s starting to feel like Paradox is running out of truly brilliant ideas. That, and I’m starting to become less and less interested in the changes and additions to a game I’ve put so much time in to already, since each update requires the player to relearn some major aspects of the game. 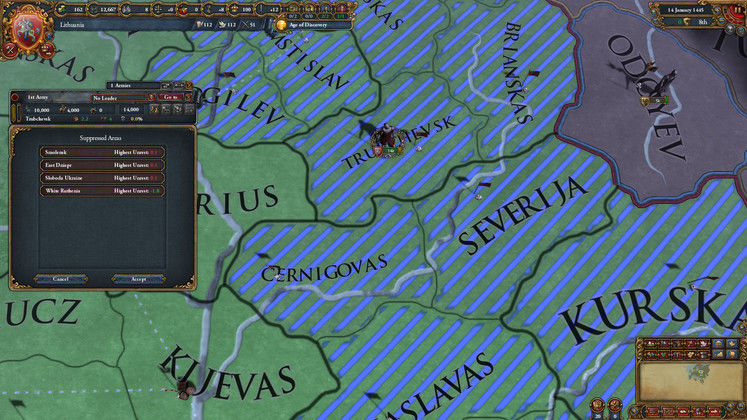 Hardcore fans that have stuck with this game and have mastered each expansion and their game-altering patches are certainly going to get the most out of Dharma. The government tailoring is fun enough, the Indian subcontinent does feel uniquely different than other parts of the world, and the policy system changes add some much needed flexibility to country focuses by allowing three policies, as opposed to one, as it was previously.

However, the estates system doesn’t truly feel fun, as it lends itself to micromanagement that isn’t interesting to dedicate time to and if you don’t have a particular desire to play as an Indian nation, the majority of Dharma’s content will not be particularly interesting as the vast amount of this expansion’s content focuses primarily on the subcontinent. 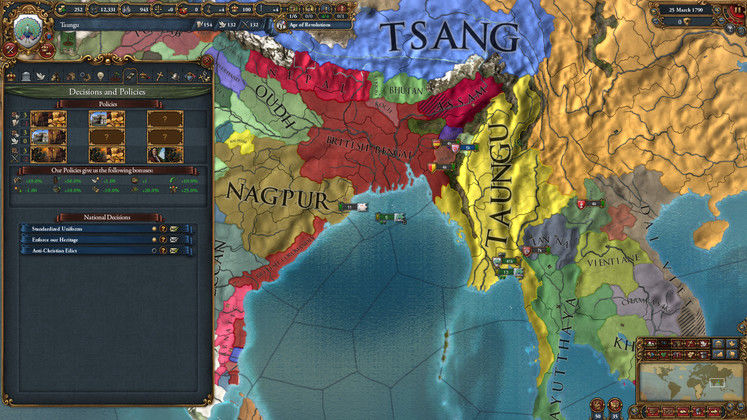 In the end, though, I get the feeling that EU4 players have likely already made up their mind about whether or not they’ll be picking up this latest expansion. Paradox has done an admirable job of feeding EU4 fans the content and changes that they’d like to see, and Dharma follows this trend as most of the previous expansions did.

Personally, though, I’d rather see them move on to the next iteration of the series or put Europa Universalis down for a while and try something new. EU4 will likely go down as the biggest, deepest, most content-filled grand strategy game ever made, but their last couple expansions haven’t drawn me in like El Dorado or Rights of Man did and my interest is waning. Or it might be on hiatus. Or it might be gone. I’m not quite sure, yet.

Dharma continues Paradox’s trend of iterating and improving the base game, but this expansion feels like it’s only for the most loyal of EU4 players. With changes and improvements to systems that feel a bit dense and additions that feel like content for content’s sake, it’s all starting to feel disappointingly stale.

However, what’s present is polished and appears to be balanced well enough for this EU4 super fan. It’s just not a must-have expansion. Those of you yearning for another reason for a couple dozen more hours with this grandest of grand strategies will likely find enough new content to tide you over, but most EU4 players can wait for a sale and enjoy the free patch in the meantime. Your enjoyment rests almost entirely on your desire to play as an Indian faction, though, and that just wasn’t enough for me to really dive deep in to EU4 again.

Watching my horde of elephant cavalry wreak havoc on a Bengali army after they declared war on ME! 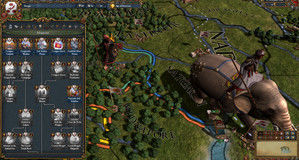