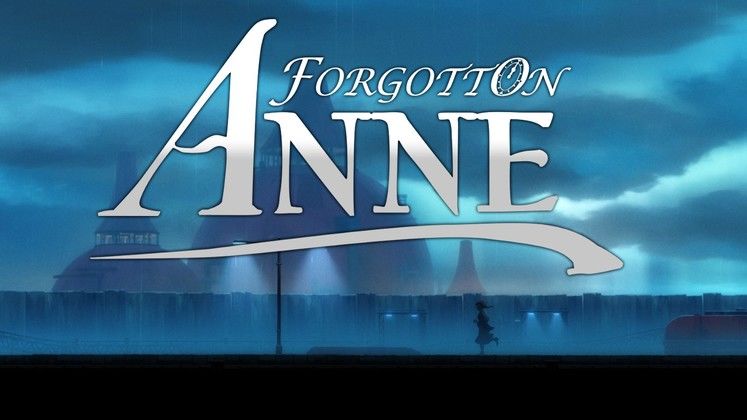 When video games try to market themselves off one particular unique quirk primarily, it turns out that some do so because the other features just don’t work and try to hide that, while some others succeed in other fields as well, but know which aspect is the most eye-catching. Forgotton Anne, a fantastic, engrossing adventure-platformer, falls squarely in the latter group.

This game’s most notable aspect which helps it stand out from the crowd is that it looks and feels like a hand-drawn anime film, taking a great deal of inspiration from the works of Studio Ghibli. The game wears this inspiration on its sleeve, not afraid to own it, but then it has no reason to. In no way is Forgotton Anne a rip-off or a cheap imitation. The aesthetic isn’t tacked on for novelty, either, but intricately interwoven with the gameplay and the various mechanics. 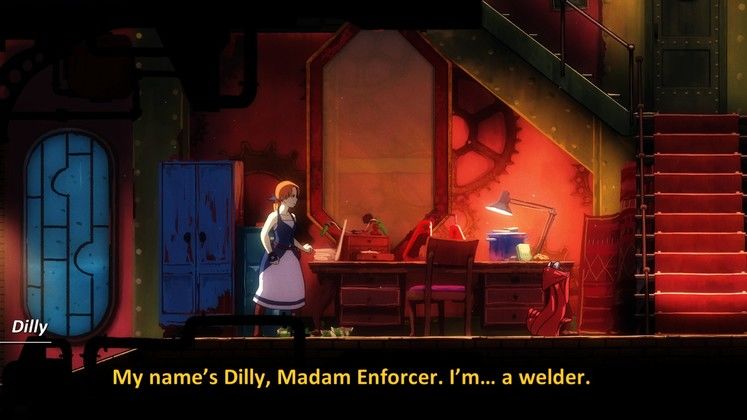 Forgotton Anne is a narratively driven, branching title which blends adventure game puzzles with platformer gameplay. Set in what is simply referred to as the Realm, the world of Forgotton Anne is where lost and forgotten items and objects disappear to. You know how sometimes you misplace a pen, or lose half a sock and it never turns up? That’s because it went to the Realm. Upon arrival, these objects gain sentience and a personality based on their former use.

The game doesn’t initially reveal much about the backstory of the world, and going into too much detail would be spoiler territory, but at some point two humans, Master Bonku and Anne (who was young at the time) also arrive to the Realm and become the authority. Anne eventually becomes Enforcer, something of a totalitarian peacekeeper, and the local objects, called Forgotlings, start having work assigned to them, their movements become restricted and a validation process is implemented. 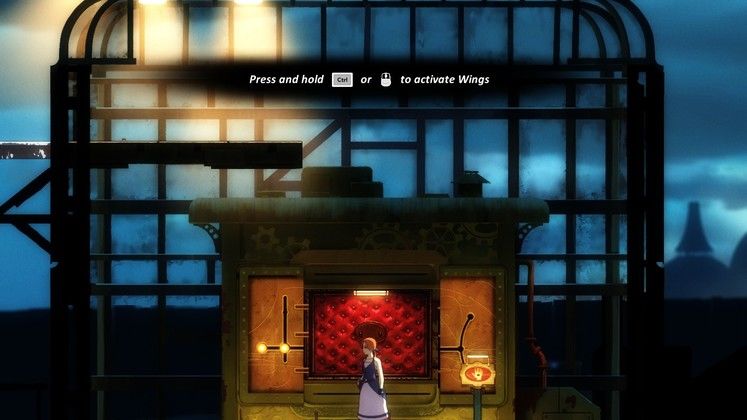 This result in the rise of a rebel cell that opposes the control of Master Bonku, who is constructing an ‘Ether Bridge’ that will allow the inhabitants of the Realm go back to the real world. As this nears completion, a rebel attack sabotages the bridge, and this is where the game starts - Anne, as Enforcer, must get to the bottom of things.

Story elements and gameplay mechanics are tightly connected in Forgotton Anne. Anima, an analogy for electricity, powers everything in the Realm and is the life-force of Forgotlings. Anne possesses a device attached to her hand that can draw and transfer anima from machines and Forgotlings - in the case of the latter, it is equal to execution, and is referred to as the Forgotling being “distilled”. 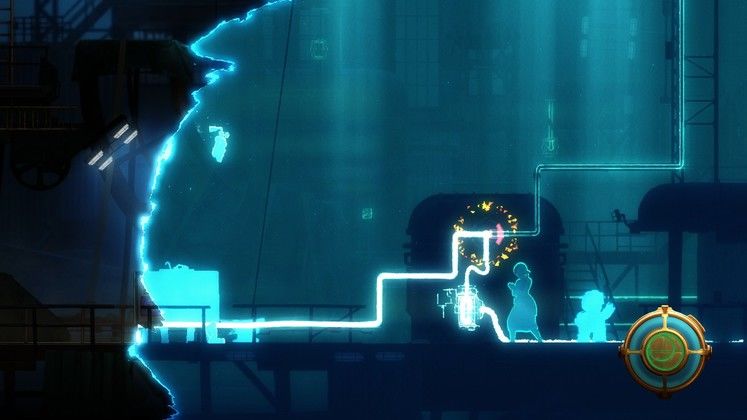 Animavision, used for most puzzles

Many puzzles will have you make use of the Arca, the device with which Anne manipulates anima. When entering “animavision”, time is stopped and a circular area around Anne is rendered with a blue filter, marking anima and anima-powered objects in a glowing, lighter shade. If your Arca is charged, either with anima cylinder or the life-force of a Forgotling, you can manipulate these objects. Anne also has a hidden backpack with a pair of mechanical wings that greatly increase the distance of her jumps, but they only work if the Arca is charged.

Puzzle design hits the comfortable middle-path of not being pointlessly easy, but also not being contrived or frustratingly difficult. They’re there to increase the game’s interactivity and engage the player, but the designers didn’t want them to get in the way of the game’s storyline, which is the main attraction here alongside the visuals. Sometimes there are small ‘sidequests’, tasks which Anne may perform for various Forgotlings. The only reward for these is additional backstory and worldbuilding, but when the world is as intriguing as it is here, it’s well worth it. 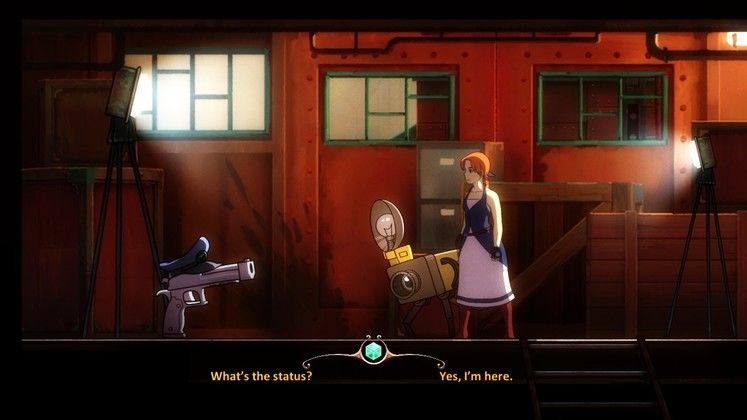 Technically the game is a 2D platformer, but it might be more accurate to call it 3D or possibly 2.5D, because scenes have multiple levels of depth between which Anne can move freely, so it isn’t played entirely on a single plane. As you move to the current scene’s background, and it turns out that it too is an explorable and interactive area, the way the various layers go in and out of focus creates an interesting visual effect. It’s genuinely unlike anything I’ve seen before.

While I’m not going to speak more about the main storyline, because it really should be experienced first-hand, I can say that the writing in the game is above average. The dialogues feel natural and all characters have distinct personalities and speech-patterns. The whole sentient object thing doesn’t feel overly forced. Additionally, Anne keeps a journal which contains records of the major story beats and various mementos from the world. The world of Forgotton Anne shines best during the character interactions. While some Forgotlings regard Anne as a just and heroic peacekeeper, most will react with fear and apprehension. Asking a living briefcase to open itself up for inspection elicits reluctance, and even law-abiding Forgotlings sometimes run away from Anne. 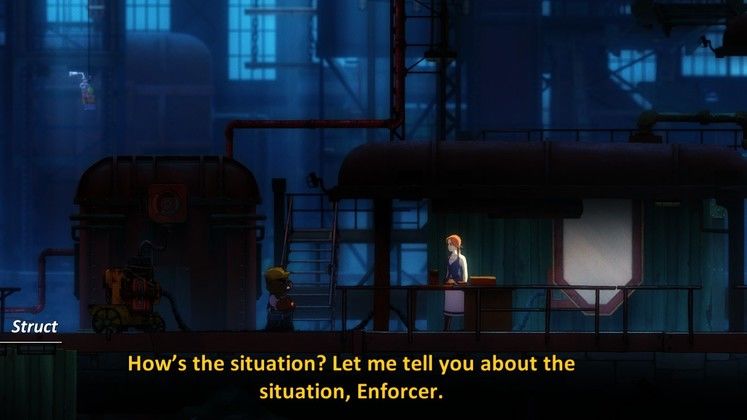 Forgotton Anne also touches on some darker themes, and speaking about these is difficult without spoiling some pretty hard-hitting scenes. The storyline is branching - as the game points out when you make your first decision - and often you can pick between two dialogue options, which quickly begin following a binary pattern of one supporting civil freedom while the other enforces authority and imposes control. Even when picking the former, Anne is still an Enforcer and acts accordingly. She is, regardless of player input, often cruel. At least early on in the game, you are definitely not the hero here.

The game also does humour masterfully. Though it is often subtle, it sometimes appears in rather obvious places and most often relies on wordplay, or the fact that the world is populated with living objects. Examples of the former include a bit of confusion when a pot is playing poker, and there is a mishap with the winnings pot, or when Anne replies affirmatively to half a shoe called Right. There are plenty more nuanced examples, but again, I’d rather not spoil.

When saying that Forgotton Anne feels like a Studio Ghibli movie, I don’t only refer to the artstyle. The music, Anne’s animations, the storyline and the character designs all have that feel to them. Usually “cinematic” is a AAA buzzword used to denote games with high graphical fidelity and a lot of scripting, but Forgotton Anne actually feels like a cinematic experience in its presentation. The backgrounds are beautifully rendered, the score is emotive and grand and the storyline follows a film-like structure. 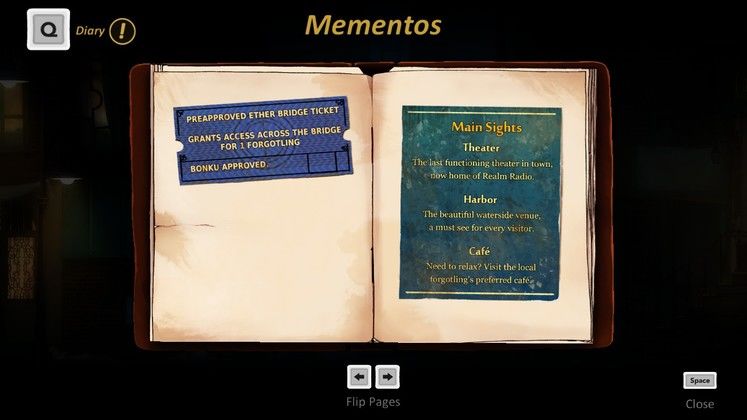 Forgotton Anne is a very accessible game. It doesn’t demand quick reflexes and its presentation can make it appealing to non-gamers as well. It’s also unlike anything else out there, and these days truly original experiences are extremely rare. This is more than just “video game, but anime”. The game’s use of depth, focus, its storyline and themes, the strong connection between gameplay and lore make it stand out from the crowd. It has some flaws - sometimes the platforms which Anne can jump onto blend in with the static background, sometimes the platforming is fiddly with edges not aligning with the art, sometimes the way the game plays with focus screws up and an important part of the scene is blurred, but these issues are few and far between. However, this game is one which will stick with you long after you finish it, and it definitely should be one of the most talked-about games of 2018.

Forgotton Anne is a wholly unique and evocative experience. While it delivers on the selling point of the beautiful hand-drawn anime art style, it backs it up with fantastic story and engaging gameplay. This is truly something special we have here, something that must be explored by anyone who can get their hands on the game.

The game’s opening is masterful. As Anne steps out of the Tower and starts running down the various stairs leading to the courtyard, the credits of the developers fade in and out on the screen, then just as she steps out into the open with the city lights on the background and as the music crescendos, the title appears on the screen. 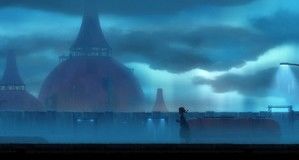