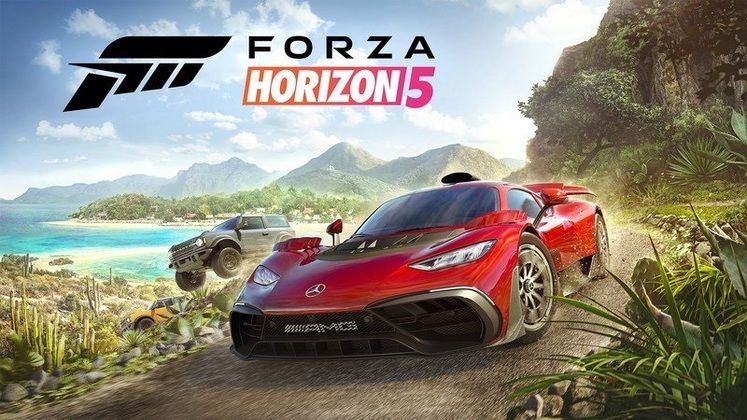 Every so often a game comes along that’s worth your time even if you’re not a fan of the genre in question. You might hate racing games. You might even say they are all the same. They’re boring. If this sounds like you, give Forza Horizon 5 a chance. I urge you.

Playground Games has crafted a stunning world full of fun challenges, endless customisation, and exploration that takes everything great about the franchise and makes it more impressive. Series veterans will appreciate the smart tuning, while new players have an incredibly accessible open-world formula to uncover.

Mexico plays host to Forza Horizon 5’s festival, a map that is larger and more diverse than previous titles.

Your entrance to the land is a spectacular showcase of what’s to come and will undoubtedly be spoken about for quite some time. It’s a journey that underlines the confidence of a studio that is in top form and ready to flaunt its most complete game yet. 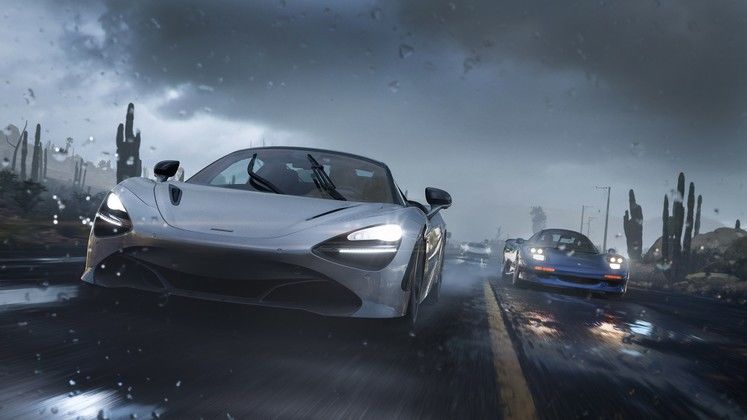 “The stormy sprint in particular combines a stunning atmosphere of shifting island weather with epic music and characters that are having the time of their lives. It’s a pure, unfiltered good time”

There is so much to do here whether you’re zooming around by yourself or in co-op. Events are everywhere and range from traditional races, to photo challenges and other ridiculously addictive tests of skill, such as flattening every deck chair in sight in the name of research on the beach.

I don’t want to spoil some of the more spectacular events on offer. Without saying too much, the first has daredevil motorcyclists bombing across a tight town track as you hurtle downhill. The next has you barrelling into the heart of a storm. It’s exhilarating and propelled forward by an accessibility that allows you to throw your car into corners and through tight chicanes without punishing the smallest misstep.

These races often feature light story elements and character chatter that manages to build a sense of occasion. The stormy sprint in particular combines a stunning atmosphere of shifting island weather with epic music and characters that are having the time of their lives. It’s a pure, unfiltered good time.

This sense of enjoyment extends to multiplayer elements that are now firmly embedded within Forza Horizon’s open world, where ranked play has been scrapped to cultivate a more welcoming atmosphere.

There are racing, drifting, and eliminator options to work through against your rivals, the latter of which remains a surprisingly workable take on the ever-growing battle royale craze. The simplicity of many racers descending towards the same goal as quickly as possible no matter where they are on the map adds a franticness that often pushes any strategy out the window. 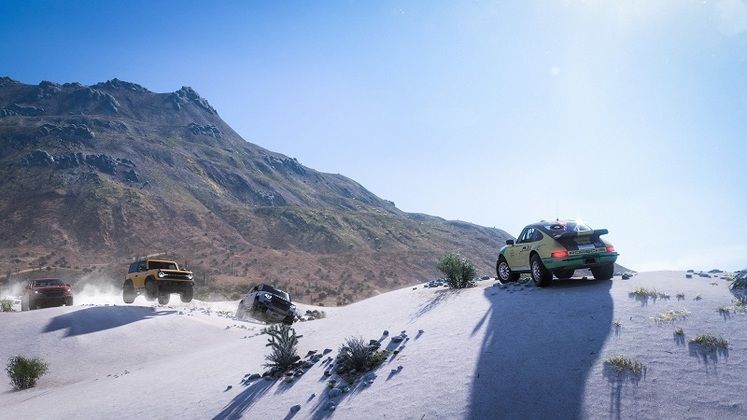 Co-op has the potential to be game-defining for players who want to work through challenges with friends. Most events can be experienced together. Elements such as Forza Arcade, which offers mini-games for anyone in the vicinity, also add a throwaway change of pace that will get some laughs if you’re playing alongside pals.

It’s worth noting online servers have been up and down during pre-launch, which can be frustrating when the game wants to pit you against other drivers for nearly every task (even something simple like how many boards you’ve smashed through). Stability issues hamper the fun and will need to become more robust when more players join in.

One of Forza’s greatest assets is a community that puts in the work when creating new decals for everyone’s enjoyment. The game hasn’t officially launched yet and I already have impressive Pokemon, Batman, and Jurassic Park designs sitting in my garage. With over 500 cars to collect, you could be forgiven for forgetting there’s any driving to be done.

Those who do fancy hopping into a car may want to try their hand at event creation. At pre-launch there’s already plenty of user-created tracks to play through. Most are surprisingly sharp and highlight a map that is ripe for experimentation.

To no surprise, Forza Horizon 5 is a showstopper in the visual department. Whether you’re playing on Xbox Series X or PC, a steady frame-rate is maintained in both quality and performance mode. Some clear improvements have been made, such as smoke effects and how the lighting travels through said smoke, to make this the best-looking racer of all-time. 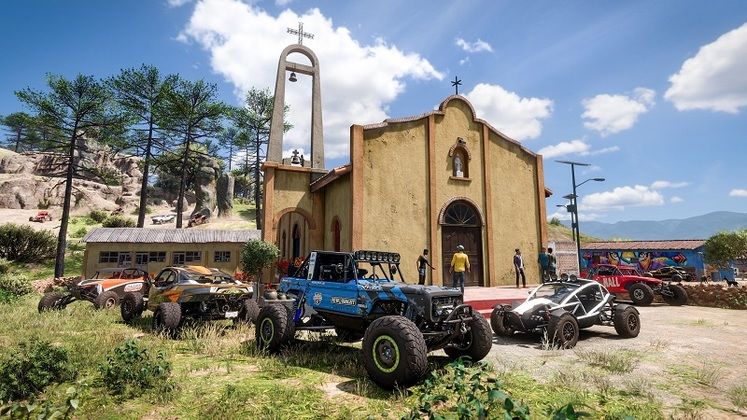 Mexico as a host really helps the visuals excel, too. While the greens and greys of Britain looked beautiful in Forza Horizon 4, the contrast of volcanic rock, lush jungles, and dusty deserts are sensational here. There’s a verticality to the island’s highest peaks that are also worth exploring. Be sure to take a trip up the volcano if you spot it, the views are simply beautiful.

One small but massively appreciated tweak is easy to overlook. Playground Games has made more cars sound individual, giving greater feedback when quickly switching between vehicles. Load times are much quicker than before, so it’s no longer irritating to jump between Jeeps or Ferraris when you’re flitting between dirt roads, jungles, and asphalt.

This is backed up by a decent enough soundtrack, featuring the likes of Dua Lipa, Beastie Boys, and Lil Nas X. There’s definitely too many forgettable tracks that don’t do much to heighten the excitement. Even so, it’s nit-picking to suggest this detracts from the overall experience too much.

The game must be commended for its vast range of accessibility options. There’s some really thoughtful stuff here that sadly isn’t commonplace among other series’, including a Game Speed Modification mode that allows players to enjoy a slower pace.

It’s no surprise that Forza Horizon puts itself right into the mix with 2021’s Game of the Year contenders. Playground Games has been getting it right for a decade now. This is the definitive experience in the series so far, one that excels both on PC and the Xbox Series X. Minimal issues, such as server connectivity, fail to spoil the party that is just crammed with happiness and adventure.

A number of small improvements across the board elevates the racer to being best in class; a huge plus for Microsoft with Sony’s impressive-looking Gran Turismo 7 flashing its headlights not too far in the distance.

Honestly, the opening is tough to beat. 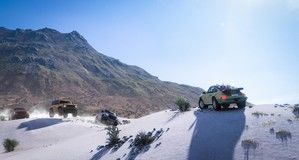