Taking the visceral and tactical combat from its predecessor and adding a strategic layer, a la XCOM Apocalypse, Frozen Synapse 2 is a game I expected to enjoy thoroughly. Yet somehow, I found myself often wondering if I really was enjoying myself.

This city has a distinct aesthetic, to be sure. It’s part cyberpunk, part Tron, but wholly unique and interesting enough to look at. The futuristic vibe it’s attempting is well presented and helps set the mood. Think Syndicate meets XCOM and you’re likely in the right ballpark.

You’re in charge of one faction among many as you face not only other rival factions, but a mysterious force called the Sonata. All the while responding to contracts and looking for ways to insert yourself in to grand schemes taking place in Markov Geist via deployment of mercenary squads throughout the city to achieve various goals. 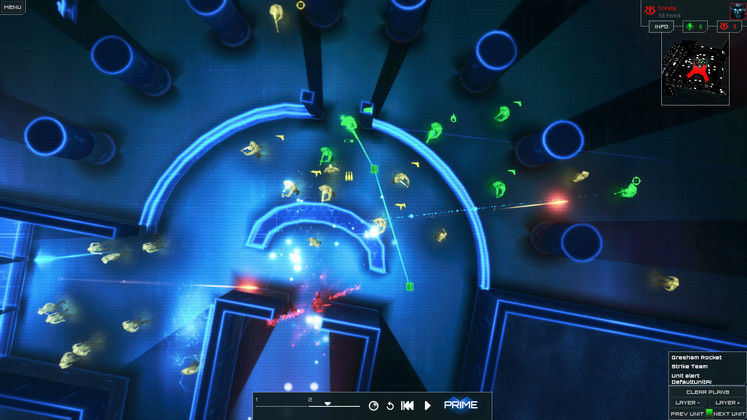 Usually those goals involve combat, the second half of Frozen Synapse 2, which is absolutely the highlight of this game. Anyone familiar with, or that has played Frozen Synapse 1, will immediately recognize the combat on offer here.

You’ll plot out your mercenaries’ movements in turn-based affair and watch as your enemy moves simultaneously, often to dramatic and hard-to-guess effect. You’re given enough tools to really detail their movements, from setting up waypoints, to forcing your mercenaries to engage on sight, all the way to a new feature, a “focus diamond”, that allows for you to get the upper hand if you focus your fire in exactly the right spot.

This portion of the game is where I found myself having the most fun - and the greatest amount of frustration - as laying out a clear, concise and dare I say, brilliant plan often led to moments of pure joy AND pure anger. Sometimes you’ll make all the right moves, and guess the enemies’ movements perfectly, other times you’ll make all the right moves and completely miss the mark on enemy movement, leading to disastrous results. Taking your time to set things up in intelligent ways leads to more victories, though, but the time that it takes to do so often left me impatient and all too eager to hit that “Prime” button.

The meticulous planning that most of the battles in Frozen Synapse 2 require is not for everyone. Full stop. 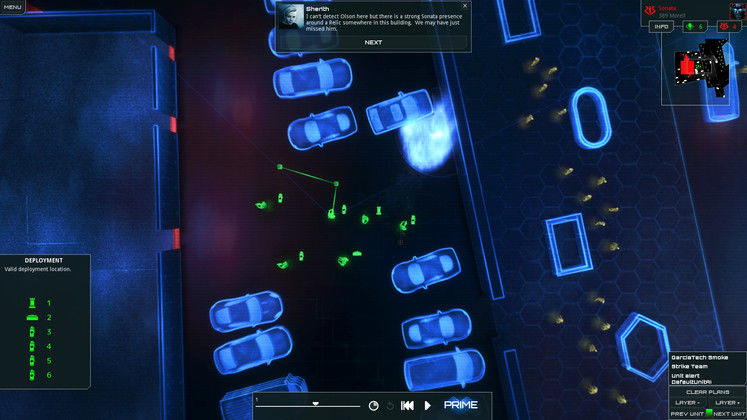 But if you enjoyed Frozen Synapse 1 and its combat, it’s more or less a positive iteration of that. If you’ve never played Frozen Synapse 1, then you’ll have to consider whether you’d like combat that leaves a bit of room for variables completely outside your control. There is definitely a thrill here when committing to your movements that few other turn-based tactics games have.

However, it’s the strategy layer to Frozen Synapse 2 that often left me feeling disappointed. With many strategy games of this type, there’s often a sense of progression, i.e. new technology, new enemy types, new mission types, etc. that really encourage you to continue your campaign. Beyond hoarding the enigmatic relics that each of the factions fight for, and some mercenaries that start showing up with more destructive and exciting weapons, the strategy layer feels woefully underdeveloped in this regard.

Yes, you’ll expand your influence and yes, you’ll eventually start conflicts with other factions (and maybe even take them out). You might eventually gain access to some upgrades that help your chances, but the strategic layer never feels much different than it does from the start. There’s friction between factions and schemes that unfold, but none of it feels particularly exciting and I only caught small glimpses of what I’d consider fun drama. What’s lacking is a sense of progression that I value in a game like this.

The player agency among your squads is less than I’d like and was hoping for, as well. There’s no customization (beyond naming your units), no skill development, nothing that creates a bond or connection with any of your particular squads. Each gunner feels the same. Each squad only different from any other squad based on their makeup of weapon types, not a result of acquired skills, unique items, or unique characters. 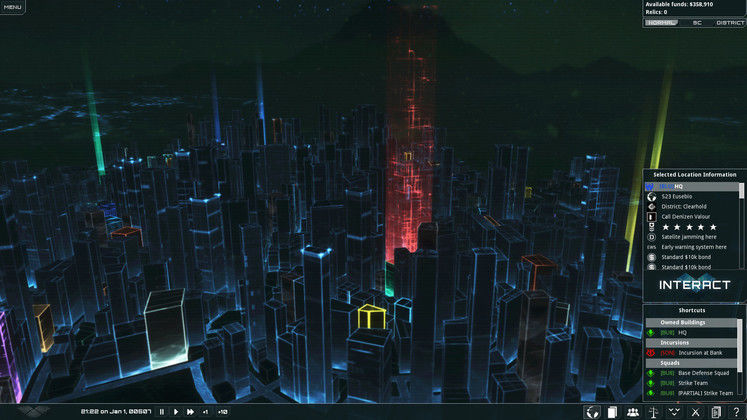 Really, the strategic layer is just there as an excuse to participate in the best part of this game and that’s mostly okay. I still had fun pushing through game-time, taking on contracts, and defending my faction from the Sonata and rival groups, but I often found myself wishing that the strategic portion of this game was more interesting…and that I was having more fun with it.

Which is shame, really, because if the campaign portion of Frozen Synapse 2 could have been further developed and had been given a bit more personality and progression loops, I could have easily recommended this game. As it stands, however, I only had fun with it in short bursts, despite being a strategy and tactics game super fan.

A tale of two games, Frozen Synapse 2 is best when you’re battling it out like you did in the original. Thankfully, that’s a large portion of what you’re doing in this game.

It just feels like the strategic layer could have been so much more. Relic hunting can be engaging and fighting off rival factions is challenging and rewarding, but this level of the game never feels like it progresses in a way that encourages you to continue playing to see where things go. Even the “story” isn’t engaging enough to keep your attention and the progression milestones that are present in similar games are sadly missing in any form here.

Still, the combat is something to be appreciated and holds the game up well enough, especially if you’re the type of gamer that likes to get intricately involved in preplanning and watching the resulting fireworks.

Executing the perfect set of orders and watching a superior enemy squad get mowed down as a result. 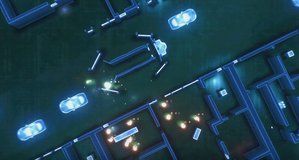