The long search is over - Telltale have found a TV series even more popular and even more depressing than The Walking Dead to make a game series about! Game of Thrones: where good folks die, no one gets to have any satisfactory revenge, popular characters get humiliated and exiled, the bad guys win if they have more men and more money, the good guys make stupid decisions and pay for them horribly, and Peter Dinklage is awesome. Also, dragons and zombies. Maybe I should’ve reviewed Tales From The Borderlands instead.

Even the beginning is depressing. First of all, STOP RIGHT NOW if you haven’t seen up to the end of Season 3 (fine, or read A Storm of Swords). Telltale assumes that you have and I will too from now on in these reviews. While it’s a little bit annoying that’s still just every episode available on DVD, so you can get up to speed easily. Done so? Good. Now, let’s talk Red Wedding. Iron From Ice is set during the darkest period in the series, the conclusion to the War of the Five Kings that saw Robb Stark and his entire Northern army massacred by the traitorous Freys and Boltons. Into this pit you’re thrown as Garid Tuttle, squire to the Forresters who serve(d) as Bannermen to the Stark family. Garid barely escapes and heads to the safety of Ironrath, the Forrester stronghold, but things aren’t going to go well for the Forrester family in this new North without the Starks in charge. 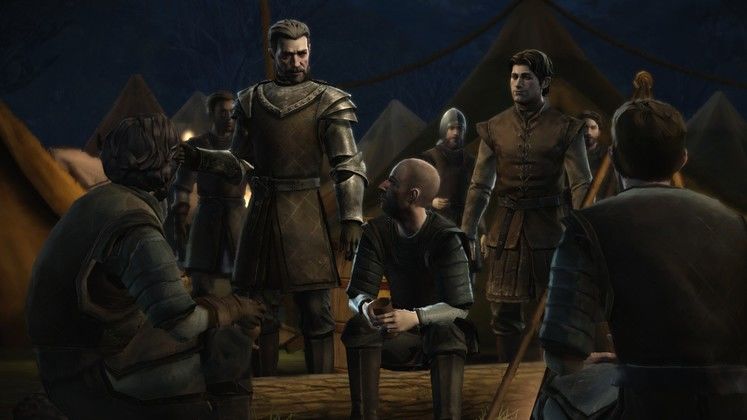 A group of Northern soldiers enjoying themselves at a wedding at Walder Frey's house. What could go wrong?

The cool thing about Telltale’s Game of Thrones is that unlike their other games (with the exception of, erm, Wallace & Gromit) you actually play as three separate characters, with more to be added in later episodes (DLC! … Kidding). Garid is the first and kind of sets the plot in motion. Ethan Forrester is the middle child of the family with a crucial role to play that I won’t spoil. Mira Forrester is the elder sister who lives in King’s Landing as handmaiden to Margaery Tyrell, one of several characters appearing from the main Game of Thrones storyline and played by their TV actors. The biggest triumph of Game of Thrones is that the characters are all likeable (or intentionally hateable) and great. I enjoyed interacting with or playing every character and wanted to do the best I could for all of them.

Which brings me onto Telltale’s raison d’être, choice and consequence. It’s also important on the show of course, as some characters (usually a Stark) will make a boneheaded decision that you’ll shout at them for doing and you’ll shout again when that decision gets them murdered horribly later on. Now with Telltale’s Game of Thrones you get to actually make those boneheaded decisions! And impressive they are. Seriously, I know that all the important things will happen with or without my say so, but when Telltale are on top form it feels like every part of the story wouldn’t have happened if you’d decided differently. In this regard Iron From Ice is one of their best. There’s seriously about a dozen big events here that I just cannot see how they would’ve happened if I’d made a different choice earlier. 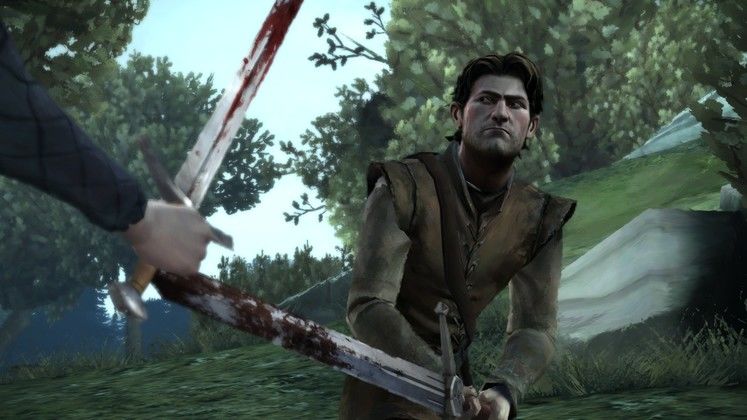 Quick, use Mighty Blow! No, use Whirlwind, that'll hit all of them! Wait, I'm not playing Dragon Age am I?

In general the writing is just plain very good, although if I was going to criticise it’s perhaps a little lacking in levity. There are some amusing moments but Game of Thrones the show (and book) is well known for truly snappy dialogue and cracking one-liners in-between the horribly depressing parts and hideous deaths. I don’t quite feel Telltale have cracked that level yet. Nevertheless everything here ties into the show and the world of Westeros really well. I always felt part of a big story and never that I wasn’t in control, which is of course helped by Telltale picking the barely mentioned Forresters as the main characters so I have absolutely no idea where the story is going to go. Furthermore the characters from the show that appear are used to great effect and are well performed by their TV actors (unlike a certain other Game of Thrones game), and it’s never a problem that you know they won’t die or anything. Oh, and most importantly with how it ties in with the show - the iconic theme tune and credits sequence is recreated and utilised perfectly. Hooray!

The music and acting is generally excellent but that should be expected with Telltale, so I really want to focus on the graphics. Telltale have gone for their usual slightly cel-shaded look to hide the relative cheapness of their Telltale Tool engine, but this time the surrounding world is actually done in a painterly water-colour effect which is quite nice. However, if I’m being brutal it does kind of hammer home that Telltale really need a new engine for next-gen. Granted I don’t want to see their games get too expensively produced as they’re still a little niche, but it has to be updated soon. They could get away with the comic book style for The Walking Dead, The Wolf Among Us and Tales From The Borderlands but while nice it doesn’t quite fit with Game of Thrones. 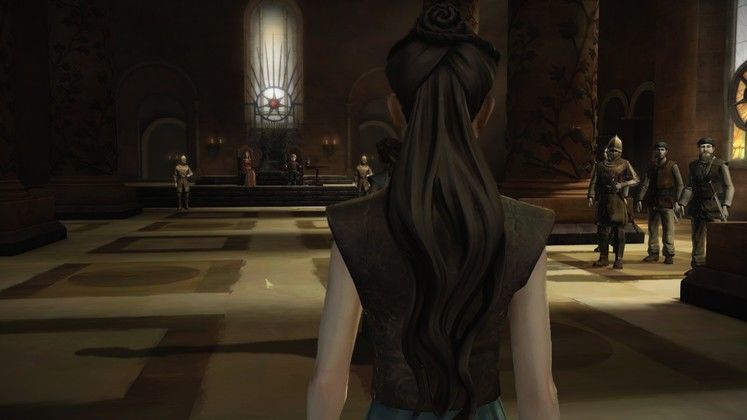 Oh boy. This isn't going to be pleasant

If I’m nitpicking a few other faults are there to be found. First off, it’s really annoying that nothing can be skipped. Not a line, not a cutscene, not even the intro sequence (as great as it is). The first time through this won’t matter, but on a subsequent playthrough it got annoying. Checkpoints are still crappily placed, and while failing a QTE doesn’t matter exiting the game will probably mean you’ll have a lot to play through again if you weren’t paying attention (and as mentioned you can’t skip anything). And speaking of QTEs there aren’t too many this time around, which isn’t too big a problem here but when they do appear for some reason the prompts for them are really subtle and can blend into the background - which is definitely annoying.

While only the first episode, Game of Thrones is off to a fine start with Iron From Ice. Telltale have taken everything they’ve learned from The Walking Dead and applied it here, creating a story that is immediately compelling with interesting characters while setting it to the backdrop of the darkest time in the series. While it has some minor foibles, and you undoubtedly need to have watched up to the end of the show’s Season 3 to get what’s going on, if you’re a fan of the show you’ll definitely love this. Telltale have tied themselves to Westeros brilliantly - now let’s see if they can survive their Second Episode Is The Worst In The Season curse.

Not too much of a spoiler - Mira Forrester surviving the interrogation by Cersei Lannister. 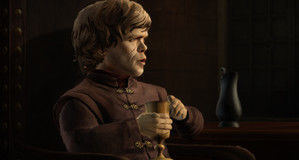 Telltale: "Nobody" turned down Game of Thrones...
1