Hearts of Iron IV: Together for Victory

Hearts of Iron IV: Together for Victory Review 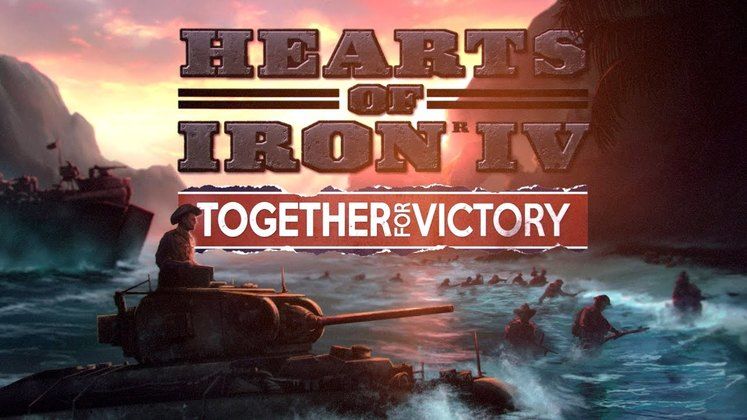 Hearts of Iron IV was already an unforgiving game. The World War II simulator threw the complexities of running a country during what is the most logistically complex wars of all human history into the Clausewitz engine for the fourth time, and with its expansion Together for Victory, the wizards over at Paradox have simply out done themselves. The new expansion focuses on The Commonwealth nations, with emphasis on the Dominion of Canada, Australia, New Zealand, South Africa and the “Crown Jewel” of the British Empire, British Raj. It gives more of an incentive to play one of these nations versus the larger players in World War II, and it actually makes doing so enjoyable.

New to these nations are individualized focus trees, with Together for Victory doing away with the generic focuses in the Commonwealth, as well as if you decide to play the Empire. These trees give players plenty of options and routes to choose from when forging their destiny in World War II. Do you try to convert your ideology to Fascism and “Skewer the Eagle?” Or do you play as British Raj and use any ideological advantage you can in order to win your freedom from your British overlords? These options are laid out before you, and the game gives you the choice to carve your way into the history books.

Crucial to the expansion when playing as a Commonwealth nation is the “autonomy” meter. Located on your country’s diplomatic page, this meter shows how close you are to reaching the next stage in our progression towards total independence. This meter is influenced by the focuses you pursue, with some adding autonomy each day. It’s also affected by your participation in the war to come, giving you the ability to earn your freedom on the battlefield. Additionally, the British Empire has the ability to suppress its subjects, keeping them under their thumb and lowering the autonomy gained by the Commonwealth. It’s a balancing act, one that really ramps up as the war heats up.

And while there are advantages to becoming autonomous, there are plenty of advantages to staying inside the Empire. Trade bonuses really help if you’re playing as resource starved Canada at the beginning of 1936, and the new research sharing helps you progress along the research tree faster than ever. With every member that knows a particular researchable item, you gain a bonus when you research it yourself. There were times where I had only a one day wait thanks to the research sharing and focus bonuses stacking on top of each other. 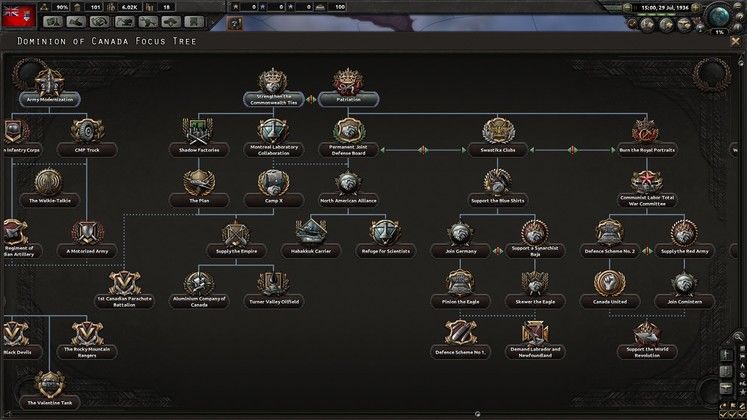 Focus Trees are fleshed out, giving clear avenues to direct your destiny

It should also be noted that there is a difference between starting as a Dominion, such as Canada, and starting as a colony, like the British Raj. A Dominion has a lot more independence, though they still can be called to war by the Empire should the need arise. A colony has no independent power, so playing the Raj is going to be tricky if you don’t have any autonomy designs in the game.

During my main playthrough, I played as Canada and decided that the bonuses to stay in the Commonwealth were too great to pass up. However, thanks to my efforts in the war in Europe, having liberated the Iberian Peninsula from Nationalist Spain, giving the allies the only foothold they could achieve in the War in Europe, I had earned so many autonomy points that by the end of 1944 I had become an independent Canada with colonial holdings in Africa, Asia, the Mediterranean and even annexing most of Iberia, creating a Spanish puppet state in the parts I didn’t keep for the Canadian Empire.

It was interesting that I seemed to be the only one in the allies focused on Europe, especially given the fact British Raj had been knocked out in 1941 by Japanese and German troops. However, I was amazed to see that around the time I started my own assault, British Raj troops began to probe their way into the Japanese occupying force’s liver. By the end of 1944 they no longer were a colony, earning their status as a Dominion and owning their subcontinent once again.

Another new change is the continuous focus system added to the game. Focuses in Hearts of Iron IV are typically national ideals you research and reap the benefits afterwards. With the continuous focuses brought on by Together for Victory, these bonuses are in effect as long as you have the focus active. I found myself ditching the traditional focuses once it became woefully obvious I needed to train troops faster. So I enabled the Army Training focus and soon my numbers in Iberia swelled from 26 divisions to nigh on 80 by the end of that in-game year. It’s definitely a balance game with the new focuses, as the time you spend simply sitting on a continuous focus could be time spent researching something that could benefit you long term. 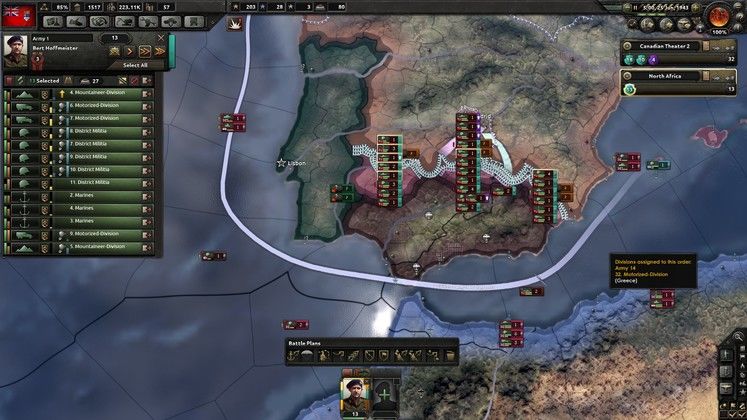 Liberating Iberia from fascism took a bit, but man was it rewarding in the end

Combat was also updated, with a new “Spearhead” tactic being added to your army’s repertoire. This new tactic allows you to draw on your map encirclements, making this much lauded and hoped for battlefield strategy easier to coordinate and pull off. It’s so satisfying when it happens as well, watching your troops recreate the Battle of Cannae, all thanks to better, tighter mechanics and control over your deployed troops.

The new systems in Together for Victory make Hearts of Iron IV feel, from a mechanical and gameplay level, better and fresher than ever. However, there are downsides to this, as I found as I continued to play.

Together for Victory feels unstable – more unstable than any Paradox made Clausewitz game I’ve ever run. For reference, I’m playing on an i7-6700K @ 4.0 ghz, 16GB RAM @ 3200 Mhz, an EVGA Nvidia GTX 980 SC 2.0 GPU and I have the game saved on my 500GB SSD. Yet, when you ramp up the speed, the game’s performance plummets. I do expect to see the CPU take a hit as a result of the game literally handling thousands upon thousands of AI decisions at any given second. But it gets a little rough when you are trying to discern what’s happening on one of your fronts and the game is sitting at a consistent sub-30fps refresh.

Turning down the speed doesn’t help when you are zoomed in close enough to see the individual break down of your units, but not so close that you’re zoomed all the way to the ground and you still see sub-50 fps as the norm. It had been a while since I played the game, though, so I uninstalled the DLC and checked the game stability pre-Together for Victory. These issues didn’t occur once I did so. Same scenarios yielded a near locked 60fps when V-Synced and when it did dip, it never did below the 55 frames per second mark. It’s fair to say Together for Victory has some optimization issues on its hands, massive ones that will need fixing in weeks to come.

It was incredibly frustrating throughout my main playthrough for this review to be saddled with, from what I could tell, horribly simulating AI. Out of all of the allies on my side of the war, I seemed to be the only one doing anything in Europe. I could see hundreds of divisions just sitting in Britain, the colonial holdings in Africa, constantly being repelled from Sicily and Sardinia in the hopes of taking Rome. As I launched three successful simultaneous naval invasions from North Africa into Iberia, Britain had 45 divisions set to guard Corsica, along with the only French divisions left on the map. 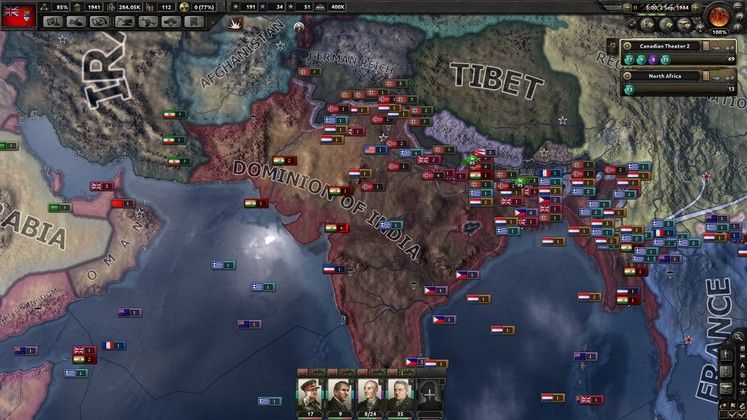 British Raj – A colony no longer

It made me wonder whether or not the AI was always this way and my playing the British Empire and America in previous playthroughs caused me to miss this entirely, or whether or not Together for Victory took a step back in the AI department. By the end of that playthrough, Germany never invaded Russia, Italy successfully created a second Roman Empire, holding the Aegean and most of Persia, while Canada ended up being a colonial power while watching the Commonwealth crumble - with Australia’s defection to Japan, South Africa becoming free along with Canada, British Raj becoming more and more autonomous by the day, and New Zealand doing, well, nothing. It made the main playthrough for this review one of the most memorable runs in my time playing Hearts of Iron, but it also accounted for my most frustrating.

HEARTS OF IRON IV: TOGETHER FOR VICTORY VERDICT

Hearts of Iron IV: Together for Victory does something that Paradox has been known for: adds compelling new content to an already brilliant title. The new Commonwealth mechanics give you a reason to explore this time period from a different lens, while the combat improvements make planning and executing battle plans easier than ever. However, the performance issues marring the experience, as well as frustrating AI, make Together for Victory one of the most poorly performing game in Paradox’s library.

Liberating France using a double encirclement of Paris, trapping 135 German and Italian divisions with only 87 Canadian divisions. And then promptly losing the war because France couldn’t do anything with the gift I handed them.

Hearts of Iron IV: Together for Victory Essentials 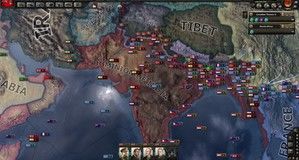 Trending Hearts of Iron IV: Together for Victory 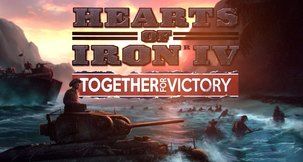 Hearts of Iron IV: Together for Victory Review