Hellenica takes a charming stab at the tactical RPG genre 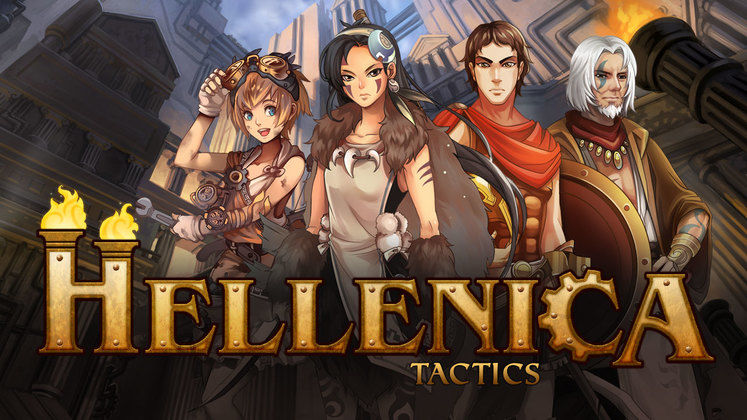 The Dragonloft’s Hellenica takes you through a fantasy steam punk styled ancient Greece. The art direction is similar of a JRPG game, but the battles take place in 3D-ish block styled arenas. Machines have taken over the land and are beginning to invade Athens. The different maps are littered with cogs, steam engines, and other bits and pieces of steam technology. The main character, Diona, channels her inner beast and morphs into a bear. Next to her is Nephele, who is a steam-based archer. Along with the two warriors we run into different figures like Plato and Socrates as we fight to defend Athens!

The game opens up by leading you through dialogue that follows the story but also references ancient Greek lore. Popular figures like Socrates are mentioned early on, and it was cool to see a game take an interesting fantasy-historical spin. As you click through the dialogue we are soon introduced to the game’s chapter list, or “travel log”. Starting off at day 1, you arrive in Athens and begin by talking to the townsfolk. Next, day 1 branches off into 3 different branches, or chapters. Next, day 2 branches off into 3 more, and so on and so forth. It is a little difficult to navigate, but is pretty linear to follow. Each chapter and its battle can take anywhere from 30 minutes to a couple hours. The two main characters often banter with each other and it is charming at first, but quickly I just began clicking past it in order to get to the battles. 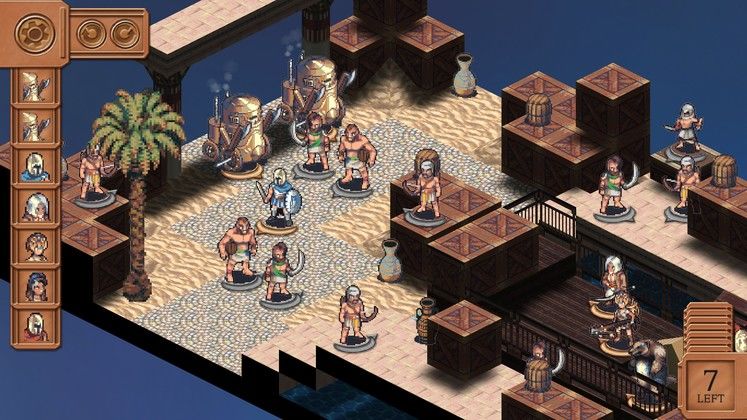 With more characters to control, naturally there are more enemies to avoid

Battles are in isometric, turn based tactical combat that takes place on a rotating arena with different intractable environment items, terrain, and methods of gaining cover. The arenas are 3D-ish. By this I mean that you can rotate the map around to get different views, but only the roofs of buildings were becoming transparent. Even with that, parts of buildings that aren’t facing towards the map are just completely blacked out. Working around the different items in the map can be difficult, as you have to directly click enemies. It feels like some of the design decisions were made to cut corners in order to focus on other aspects of the game.

Each character can be moved within a certain distance of the map, and can perform an action. The two main actions are either an attack move or a fortification stance. Some attacks can push enemies back to create fall and bashing damage. It is also possible to create reaction links like pushing one enemy into another as they both take fall damage off a cliff. When these are performed, it is super satisfying. Some characters have special abilities, like Diona, who turns into a bear that can maul for massive damage, but it doesn’t last for long. When she shifts back into her human form she can perform a massive heal spell to one ally. If she is in human form and doesn’t take damage for 2 turns, then she immediately turns back into her bear form. 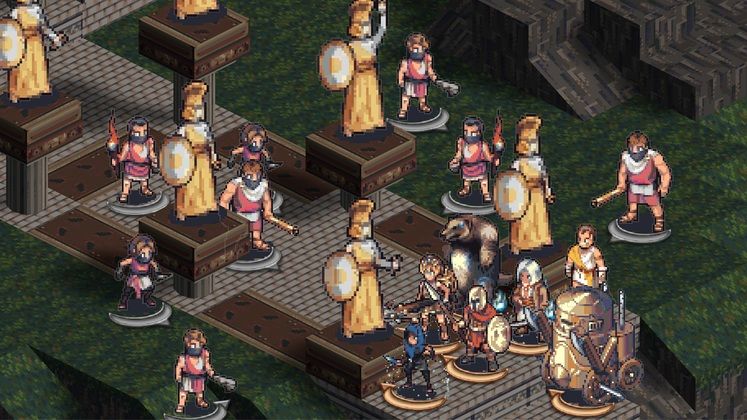 As many characters as you can have in a battle, each one is incredibly important. If a character dies in battle, you are pretty much left with an arm chopped off. It is frustrating fighting an entire battle to have a character die right before the boss. For this reason I got frustrated and quit the game a few times. I can’t emphasize enough how important it is to heal and take advantage of the surrounding items.

All together it is a gracious effort by The Dragonloft. You can see the inspiration as Final Fantasy Tactics shines through, along with the art direction mimicking Disgaea. The dialogue is cute and the battles are intense. I usually don’t go for games like this, but I was drawn in as I felt myself repeating “just one more try…”

Having a barrel drop on an archer’s head is beyond exciting… especially after he took out 2 of my teammates.