Color is a funny thing when you take the time to really think about it. The science of color or chromatics for short, tells us that the perception of color differs from person to person. This means that a green for you can potentially look completely different for me. It’s often taken for granted that we all see the same thing, but in actual fact, it’s simply not the case.

Fiddlesticks’ color based puzzle platformer Hue is a game that has color directly embedded into its core mechanics. Published by Curve digital, Hue sets out to combine aesthetics and mechanics to create a unique puzzle platforming experience. 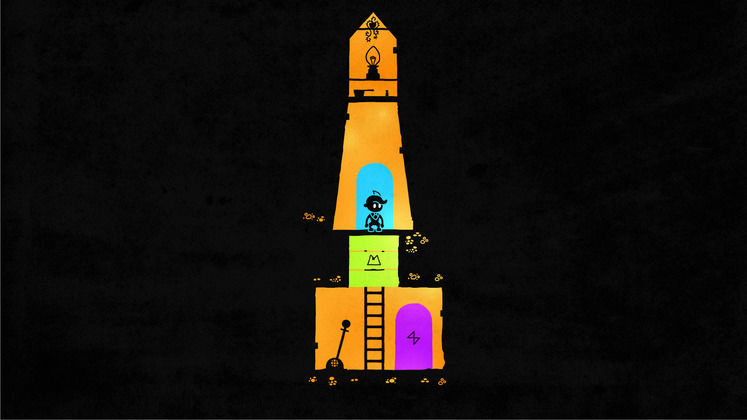 The games story centres around Hue the son of a colour theorist named Anne. Anne has disappeared into the colour void, turning into a color that no one can perceive. Hue sets out to rebuild his mother’s colour perception ring which allows him to turn the world around him from the monochromatic landscape into the color of his choice. However, the mysterious Dr Grey moves against him to plunge the world into darkness.

While the pc controls work in the sense that it is possible to use them. The game recommends a controller as the control system is built from the ground up Hue’s first objective is to find the pieces of the color ring which is a fairly linear experience. Most paths are blocked off and slowly unlock as you add more colors to your arsenal. As you progress the world slowly opens up more allowing you more places to explore and secrets to find. 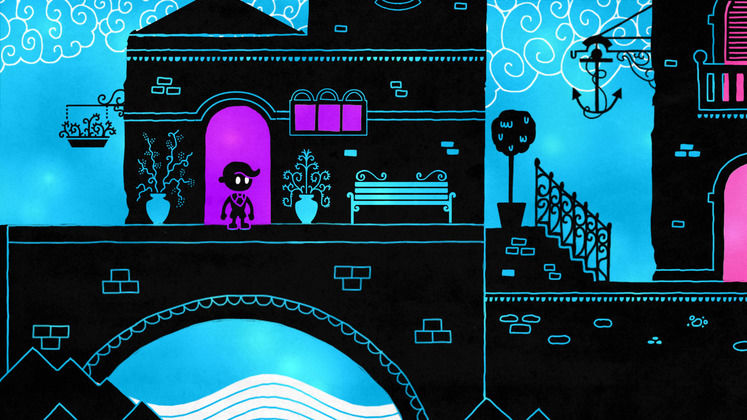 Much of the world is color coded so changed the color on the radial dial will removed the corresponding color, purple removes purple, green removes green and so on. This allows the game to use the games own aesthetics as a core component of the gameplay. In addition to all the normal puzzle platform mechanics, you also have to think about the order and timing of changing colors.

Any good puzzle platformer has a progression of difficulty in its puzzles. Hue’s puzzles certain get more difficult combining color coded platforms with timing and more. However, Hue struggles to really remain challenging, there is never a point where a certain puzzle leaves you stuck for a period of time. Instead most challenges are easily overcome with a few tries and the most challenging usually come in the form of timed events rather than having intellectually trying puzzles. 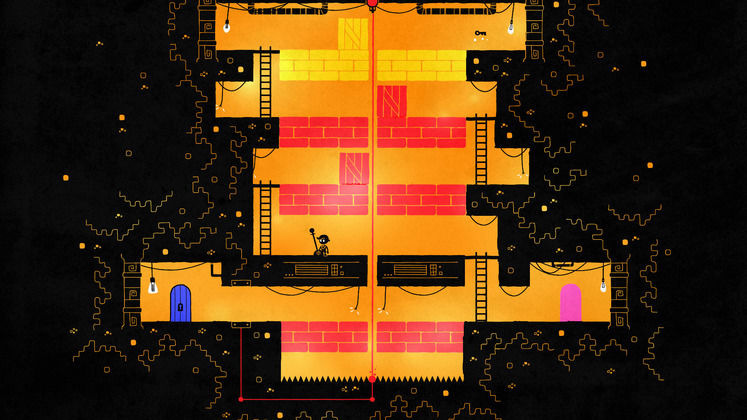 Hue does however shine in the fact that it uses the games visuals in the mechanics. Having the ability to change the world around you on top of traditional puzzle platforming leaves Hue feeling almost innovative. It’s a refreshing idea that while it has been touched on in other games has not been expanded upon to this extent.

The story of the game helps carry Hue along and ultimately helps player retention. As you progress through the game, Hue will stumble across messages left by his mother which are full voice narrated. This coupled with the regular appearances of the evil Dr Grey keeps the game moving at a reasonable pace.

Hue’s overall visual quality is great with its vibrant colors and slightly dark atmosphere. The frequent changes in color make the game feel like a fun light show and keep the eye constantly interested. The contrast between the vibrancy of color and the dark monochromatic characters and backgrounds work well to create a visually pleasing experience throughout.

One important feature to note about Hue is that while it is a game of vibrant colour the developers have made sure to include a colorblind mode. The full colorblind support uses symbols as a colour aid, something which should become standard throughout the industry.

Hue boasts an impressive musical score including 30 original tracks that invoke real atmosphere as you play. The game also features voice acting performed by Anna Acton and Matthew Wade. Both performances are done well and helps to add to the gravity of the story. 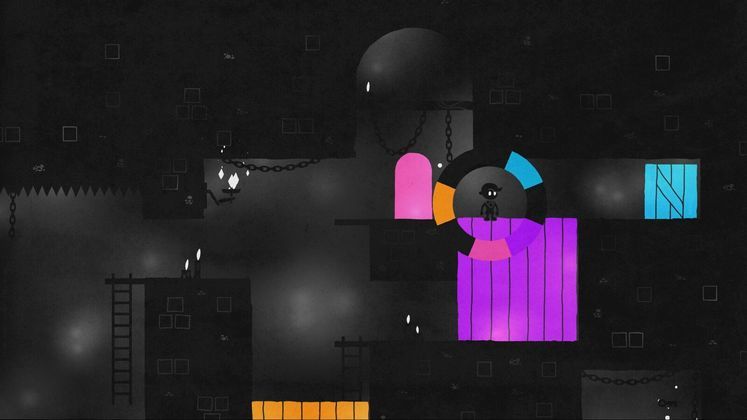 As an indie puzzle platformer the quality of the game is top notch. Its game that runs into zero problems other than the problems inherent in its design. While I personally would have liked to see more challenge in some of the puzzle elements, it certainly has some challenge to it while remaining accessible for everyone. 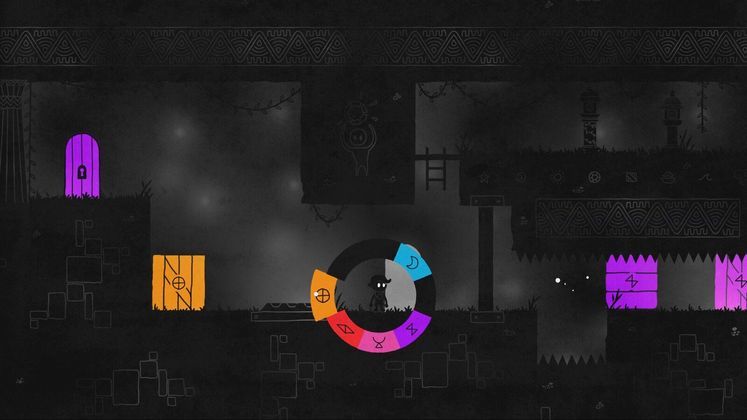 Changing colours to remove and create platforms is so much fun over and over. 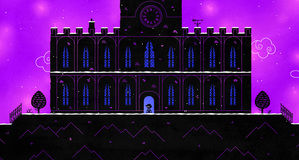