All the better to read you with, my dear

It’s nearly Christmas. The Coca Cola advert has been on the telly for ages. And Santa’s on his way. All of which means the majority of us who haven’t already been force-fed this year’s annual instalment of the latest camo-laden, war-mongering, gun-toting, bayonet-bashing FPS shooter, can look forward through gritted teeth to that one mate who’ll spend the entirety of Christmas Day bragging about the newest, bestest, tenuous-at-best ‘update x’ to feature in their new shooty gun game that apparently justifies their purchase over last year’s series offering. Which leaves little room for games like Joe Dever’s Lone Wolf. This makes me a bit sad.

Because Lone Wolf - this, the HD Remastered edition for PC - will rope you in with its intrigue, and tie you down with its charm. Based on the set of gamebooks penned by Joe Dever himself in the late-80s (and now an adaptation and collection of the recent smartphone and tablet series), Lone Wolf is essentially a ‘choose your own adventure’ piece of fiction, in digital form but with an action RPG-lite combat system. 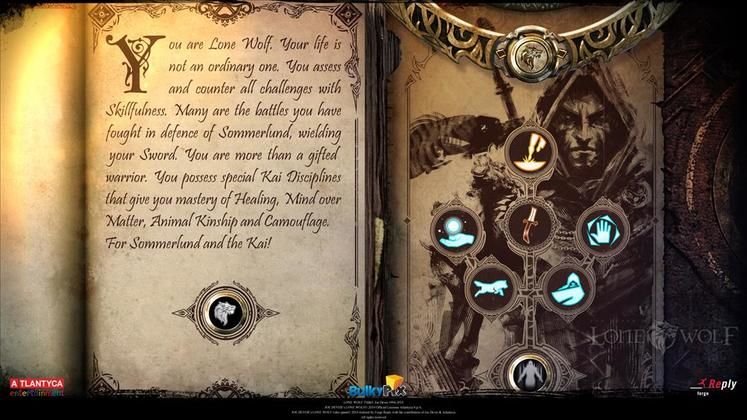 Those of you who are old enough to remember the ‘Give Yourself’ sub-series of the kids’ horror book collection Goosebumps, will likely recognise the selective storyline format. Those of you older still might even recall the interactive comic books that Tom Hanks designed for FAO Schwartz in the 1988 movie Big. Lone Wolf falls somewhere in between the two. Those who don’t remember either won’t give a toss, and that’s fine because Lone Wolf allows for a pretty liberal learning curve, making clear from the outset that it’s at its best when acting as an interactive novel. If you can buy into this from the get-go, then you can buy into the game in its entirety.

The titular star of the show kicks things off in typical whimsical medieval lore fashion, by emerging as the lone survivor of the Kai warrior order following a savage attack from the enemy Darkand. With the kingdom of Sommerlund now all but fallen, the Lone Wolf must fight to defend his homeland as the last remaining Kai Lord. From here on in it is by and large standard fantasy fare, however the subtlety of how it is delivered is what pulls everything together.

An example of this is the fact that there is no overzealous narrator voicing the script - it’s up to the player to simply read screeds of text, all the while forming the majority of the story in their head. A series of choices face the player with each passing page which can affect the story’s outcome, and a variety of skills chosen at the beginning of the game offer the Lone Wolf ways around whichever obstacle should cross his path. 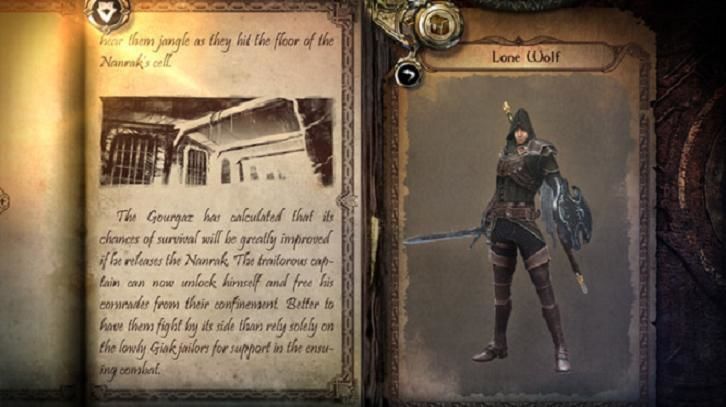 In my playthrough, I chose dexterity as a key trait which meant my version of the Wolf would present a cautious, and skillful personality. He would rather enforce mind over matter in tackling his surrounds, adopting means of stealth to survive; all encompassed by the ability to call upon the kinship of animals if ever the situation should require.

Early on in my quest, I was faced with a small avalanche blocking the only obvious route into the adjoining town for which I was headed. I was forced to say goodbye to my steed due to the dodgy terrain and after sending him on his way, I approached the fallen snow wall. Suddenly, and without warning, a pack of wolves surrounding me, leaving me little choice but to confront them. I summoned the Kai power within and was able to communicate with the wolves, who kindly showed me an overlooked shortcut before heading back the way they came. Had I not chosen the ‘animal kinship’ ability early on, this meeting would almost definitely have played out differently, most likely not in the favour of our hero. It is with these flashes of dynamic storytelling that Lone Wolf shines, and it’s a good thing that the main storyline is littered with such moments.

As the story starts to unfold, so too does Lone Wolf’s bouts of combat. Although billed as “turn-based” in the game’s literature, each battle bears a closer resemblance to Final Fantasy’s Active Time Battle system, whereby it is possible to have the hero completely killed off, should you hesitate or sit idle for too long. Here, the old and worn tome facade is abandoned, as the player is thrust into a fully 3D RPG battle ground complete with a ‘Vitality’ bar, a ‘Kai Power’ bar, and an ‘Endurance’ bar. Endurance does what it says on the tin, and Vitality and Kai represent health and magic, respectively. 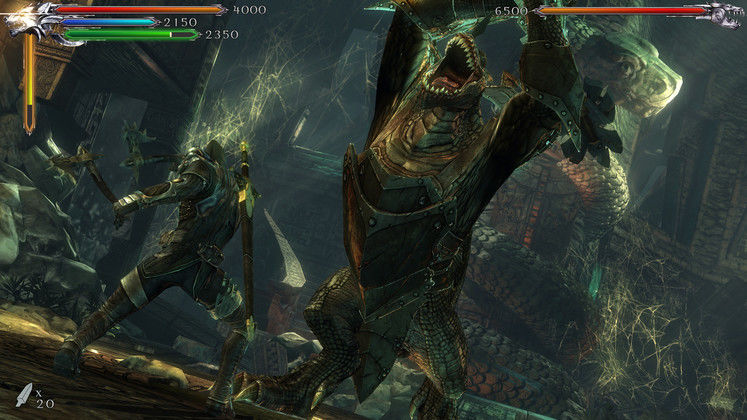 Altogether, the combat sections of Lone Wolf are bearable, if not a distraction from the main game, however here is where the transformation from smartphone to PC is at its most discordant. Here, players must click on one of three beacons in order to challenge foes - a system clearly designed for touchscreens - before then selecting a method of attack within. Having opted for the mace as my weapon of choice, I could select a three-strike power hit which demanded I swipe upward before bashing my opponent, and then consecutively clicking a target as two circles aligned in a monotonous QTE manner. This method would likely have worked on tablets, but simply feels silly with mouse and keyboard on PC.

Although Dever and co. have clearly felt realising these step-tos in all their 3D action RPG-esque glory would benefit Lone Wolf overall, it actually serves to weaken its appeal, as the do it yourself narrative within which the game excels is interrupted and thus loses its momentum. As such, the development team would likely have been better off taking a gamble here - instead opting to depict the game’s combat scenarios within the game’s main textualised HUD.

But, for all its shortfalls for being tiresome, Lone Wolf’s combat should not detract from what is a very interesting and very engaging game. Its story may cut a strange and meek figure against the explosions and grenades and tanks of the boisterous ‘in-crowd’ parading itself around at this time of year, but it’s one nonetheless worth visiting, and one which begs for brains over brawn.

Getting lost in the Lone Wolf’s tale, shy of the battlefield. 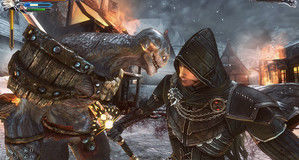