A lot of people have forgotten that old war we had about 54 years ago. You know the one, that Forgotten Conflict, in that place called Korea, before there were two of them 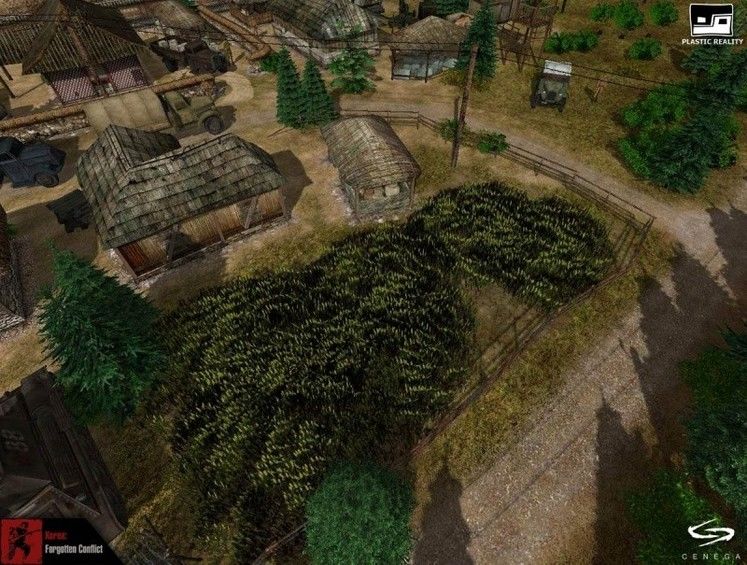 "And lo, on the 357th day shall he rise from the flames and speaketh the words of game. Then, once again, will you bear witness and be subject to his glory, wit, lunacy, and in all likelihood, idiocy." A word from the Book of Venom. Yes, the prophecy has come true and I have returned. Only because I sensed I was not needed, and like a huge zit on prom night, where ever I'm not needed, I'll be there. I bet you guys forgot me. A lot of people have forgotten that old war we had about 54 years ago. You know the one, that Forgotten Conflict, in that place called Korea, before there were two of them. Anyway, Plastic Reality remembered that war, decided to make a game about it, and named it Korea: Forgotten Conflict. Unfortunately, no one remembered me, made a game about me, and called it Venom: Super Amazing Game Reviewer Who Is Also Handsome. What is wrong with you people? Fine, since you people aren't worthy of my presence I'll just get this review done so I can get the hell out of here and watch Iron Chef. Iron Chef Sakai ownz all. And in honor of this food theme, the game will be called K:FC for the duration. Is it finger lickin' good, like a booger? Or is it gross and nasty, like Kentucky Fried Chicken?

While the Korean Conflict is a relatively fresh topic in the world of gaming, the concept behind this game is somewhat less than fresh. As a matter of fact, one could call it a clone. You could also call it theft, homage, or whatever else means copy, because this game was lifted directly from the old Commandos games. That's a bit of a shame because it's an interesting conflict with a lot of untapped potential that deserves some originality. At they very least K:FC does provide some well deserved back history and each of the 12 levels puts you in places where you feel like a part of that history. Punching that history square in the man-berries, though, are the personalities of your 5 squad members. First up is B.J. Goodlover, your squad leader, and a Harlem native. Now, as much as the name B.J. Goodlover made me laugh, he's named liked, and sounds like, he's an extra from a '70s-era blaxploitation movie. Next, I give you the stereotypical Native American scout, Nighthawk. I think you can imagine what he sounds like. Continue on in a stereotypical fashion for your engineer, medic, and local Korean boy and you've got your elite squad of infiltrators. 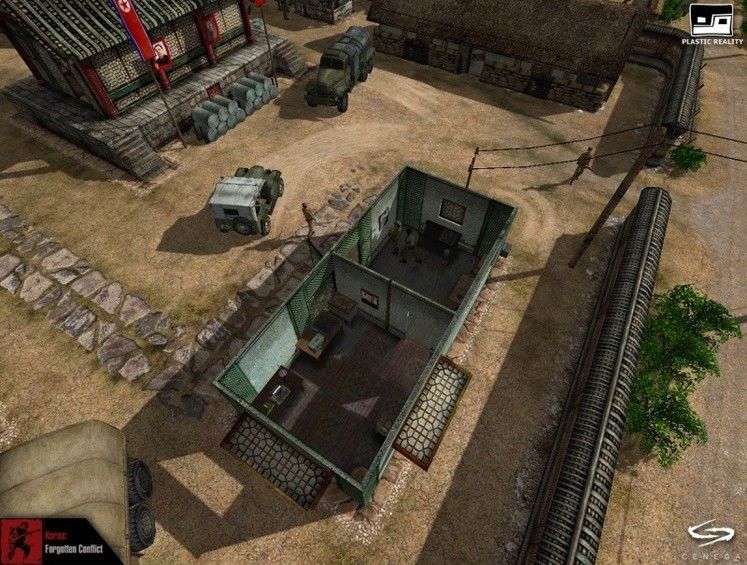 One area that's most definitely improved over Commandos is the graphics. Happily whipping the wrinkled, aged ass of Commando's sprites, Forgotten Conflict sports a fully 3D map and characters. The levels are especially attractive and showcase a nice variety of environments that include the bombed out streets of Seoul, underground bunkers, a giant river dam (which has rapidly become a staple in war games of any genre), and a prisoner-of-war camp. Each level packs an impressive amount of detail, and there's a wide range of interaction in each environment. Detracting from our 3D maps and models is the bird eye's view you're forced to control your team from. That, by itself, might not be so bad, but coupled with the crappy camera controls there's wasted eye candy. Come on Plastic Reality, you've got great 3D models. Show them off! A limited zoom and less than smooth controls for the camera aren't taking proper advantage of your hard work.

For the most part the sound is pretty good. There is some wickedly corny dialogue (especially from our resident savage, Nighthawk) from your characters that makes the effort to sound "in character" but really just makes absolutely no sense. Aside from that, and some awkwardly-phrased narration, the sound effects in the game are quite nice. Notable for its cool effect is the fuzzy radio broadcast of a speech by President Truman while gunfire and artillery boom in the background. Also, enemy characters could be speaking Korean. I have no idea. It all sounds like Chinese to me. Hell, they're probably just sharing dog recipes for all I know. 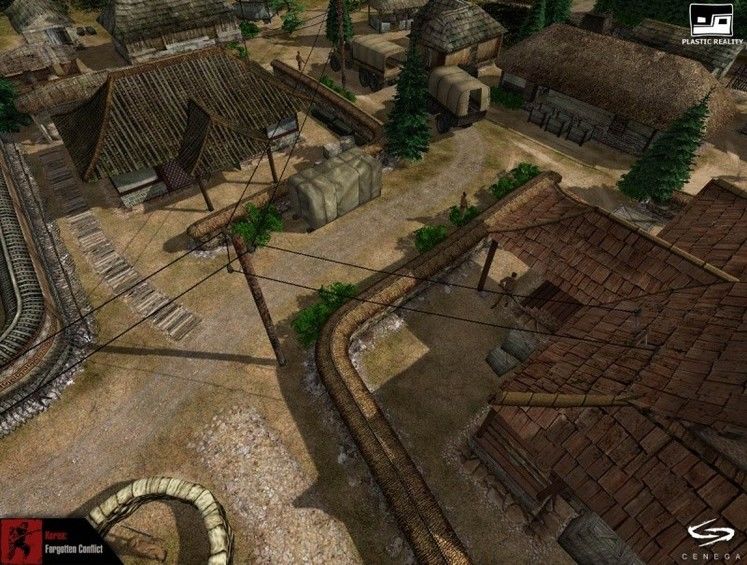 As I previously mentioned about 17 times, the gameplay in Korea: Forgotten Conflict could have been lifted straight out of any of the Commandos games. You're given command of a small squad of commandos, each of whom has distinct skills and personalities inspired from Hollywood war movies and all the requisite clichés. You control each of them as they use their skills and infiltrate enemy territory on a wide variety of missions. Success in said missions depends on timing, precision, a bit of luck, and some good old fashioned strategy. You can do things like hijack drivable vehicles, move minefields or, using the Korean member of your team, you can steal an enemy uniform and drive a truck past a checkpoint while the round-eyes hang out in the back. All that sounds pretty cool, and in fact it is. Unfortunately, there were flaws in Commandos formula, and since K:FC is a clone, it also has those same problems. The main problem lies in the layout of the missions. You may be given a certain amount of freedom in how to accomplish your mission, but there are also plenty of times when you're forced to do something. Prime example: You've got a map with a handful of enemy trucks just screaming at you to steal them. Of course, in order to escape, those trucks aren't good enough. You have to commandeer a specific truck that is, of course, surrounded by guards. Is there any reason you have to have this truck? Nope. I looked hard, but the truck didn't have dubs on it or even have a system. It was there just for a lame plot point and that pisses me off. Another flaw inherent to the system lies in each commando having a unique ability that only he can use. So only the engineer can plant explosives, and only the medic can use the tranquilizer needle to knock out officers. Riiight. So the other troops are too stupid to figure those things out. I'm sure their mothers are very proud. It's just another annoying gameplay mechanic designed to force you to employ unnecessary strategic measures. But by far the worst transgression is the enemy AI. Normally in a game like this, the balance between stealth and force is laid out on a knife's edge. Not with enemies this retarded. Though it's possible to use stealth in most of the missions, you're just wasting time. Sneak around and you'll have to analyze enemy patrol patterns and then dash around like an idiot. In a balanced game this could be fun and essential, but using force is so much easier because the AI is weak. I could give you a ton of examples but I'll sum it up like this because I'm tired: No matter how many bodies are discovered, no matter what kind of weapons are fired, no matter what happens at all, after 15 or 20 seconds enemy units will suddenly forget what they've seen and heard and just go about your business. I've seen more threatening lobotomy patients.

There’s a lot of promise and potential in Korea: Forgotten Conflict, if only it weren’t buggy and unoriginal. Plastic Reality has some good technology at work visually, so if they can address the bugs and the AI, we might have something very good in the future. In the meantime, Korea: Forgotten Conflict lies on the plate like an old, cold friend chicken leg. And not extra crispy. 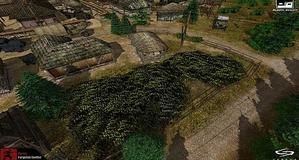