The LEGO Movie 2 Videogame brings a long-overdue revamp, but everything's not awesome 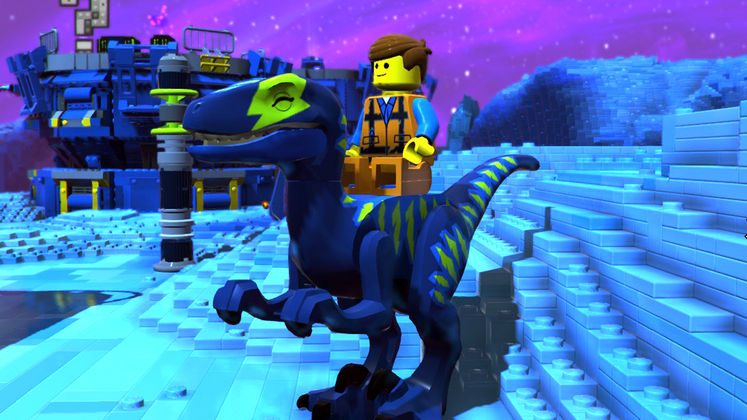 If you haven’t been to see it yet, we heartily recommend The LEGO Movie 2 for a good time. It’s a funny, heartfelt, and highly fourth-wall breaking good time, and we were hoping for something as nuts from The LEGO Movie 2 Videogame. At the very least, it’s a total revamp of the LEGO formula that’s been in place since LEGO Star Wars, so in that way it’s very welcome.

Unfortunately, much like Telltale’s Jurassic Park, the game feels like a strong step towards a brave new formula for the studio’s games - but as it is right now, it’s significantly flawed. There are still moments of intense joy and some great ideas, but otherwise The LEGO Movie 2 Videogame isn’t as fun as it should - and part of the reason is the source material, sadly. 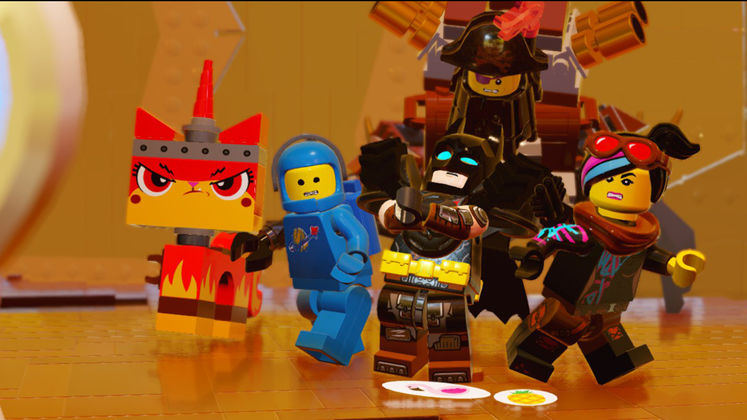 The story basically follows the plot of the movie, but it also diverges significantly by the end of the first level. The general story is that, at the end of first movie, unstoppable Duplo enemies invaded Bricksburg, and forced the LEGO inhabitants into a gritty Mad Max post-apocalyptic world. Years later, a LEGO Mini-doll from the Systar System called General Mayhem attacks, kidnapping all the major characters - except Emmet and Wildstyle/Lucy.

This is the point where the story heads away from the movie, since it’s a big deal that Emmet’s alone when he heads off to rescue his friends. It also keeps the story “straight” with less of the metaphor and meta-ness that made the movie… great, really. The Videogame’s missing a lot without this, but most importantly, it’s missing a lot of dialogue too. While there’s narration from Wildstyle, and quest givers are voiced, there’s no interaction between characters - and all the cutscenes are in the silent visual comedy style of the older LEGO games, which doesn’t actually work with The LEGO Movie 2’s comedy. We want funny dialogue between the characters, not being told the story in past tense. 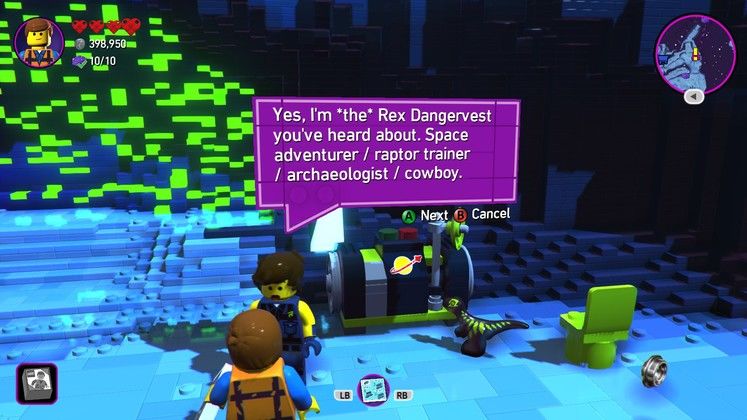 This kind of infects the entire game, unfortunately, which despite being chirpy is strangely conversation-less, and so not that fun to explore. Which is a shame, since the big change to the formula is that the whole game is a series of open-world hubs rather than levels. TT Games noted that players were enjoying the open world areas in their games more than the linear story missions, so they’ve ditched the linear levels.

This is a great idea, but in practice, the worlds aren’t quite as interesting as they need to be. If you imagine a LEGO version of Mad Max or Rage, which the first level is supposed to be, you’d probably imagine fights, gangs, vehicle combat, races, colourful characters to interact with - but no, you get none of these. You can’t even go in Coffee Unchained. Same goes for Harmony Town - it’s supposed to be brainwashed, over-happy, too-colourful, ultra-saccharine, and just a little bit creepy. Here it’s just a few rows of boring houses in a box, and it doesn’t even have Catchy Song. 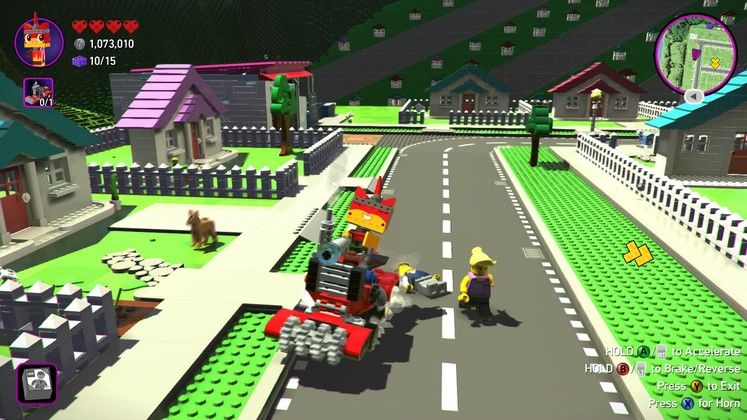 There isn’t even that much to do in these worlds - some of the missions are fun, but they need to be crazier, and then all you’re doing is looking for glowing boxes and finding purple bricks. Even the act of unlocking new characters, which is a big draw in most LEGO games, is rendered dull - you unlock randomized character loot boxes, which is bad enough, but then all the characters you can get are boring. And they don’t say anything or do anything special. The boss encounters are great at least, which are against truly gigantic enemies.

Another great idea that doesn’t quite work in practice is the focus on construction, and actually collecting LEGO blocks to build things to help you out. Firstly, this just results in the usual LEGO game hang-up of smashing everything you see. Second, the interface and the sheer amount of things you can (and have to) do make things way too complicated. Vehicle menus, item menus, quest object menus, vehicle menus, and that’s on top of a dozen special items you can use at any time. You’ll need to navigate these menus any time you do anything. It starts off okay, quickly becomes tedious, and once you’ve unlocked enough things, becomes unmanageable. We love the planet where you can make anything you want, an entire world based on structures you either bought, picked up, or scanned, but building within missions gets too fiddly. 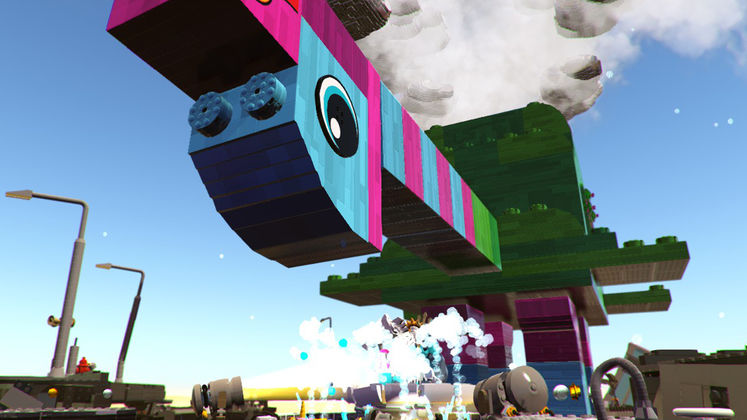 Our system is an AMD FX-8300 Six-Core Processor, 16 Gb RAM, Nvidia GTX 1050 Ti 4Gb, and Windows 10 64-Bit, and that was more than enough to run The LEGO Movie 2 Videogame in maximum detail. It looks pretty nice too, especially with The LEGO Movie aesthetic where literally everything is made of LEGO - even the effects, such as explosions or electricity. The animation can be really good too, with Unikitty being a highlight. The only performance problem we had was annoyingly long load times. Can we get back to being able to skip intro videos again please, TT Games? 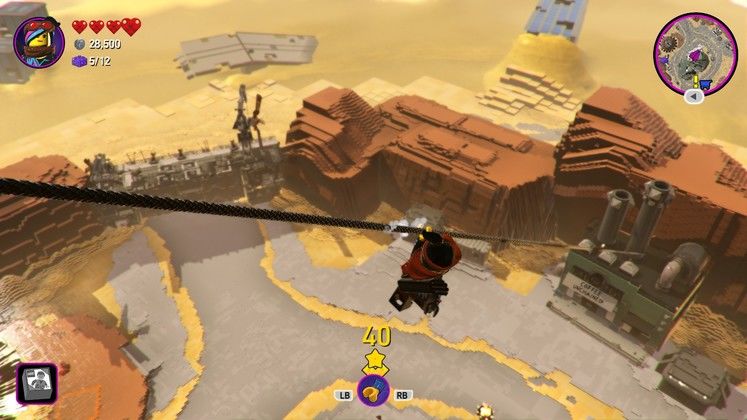 It sounds like we’re really down on The LEGO Movie 2 Videogame - we’re not, we love the new ideas and the big revamp of the LEGO formula, but it’s an awkward first step rather than nailing it right away. We love that the levels are open world now! But there’s not enough to do in them, and they never really come alive. We love the focus on building things! But it’s been made too complicated. The LEGO Movie 2 is a great movie! But the Videogame has no dialogue between characters, and very little of the meta zaniness that makes the movie pop. It’s got some shining moments, such as huge boss encounters, but this brave new world of LEGO games needs some more refinement. It’s Telltale’s Jurassic Park rather than Walking Dead, then. 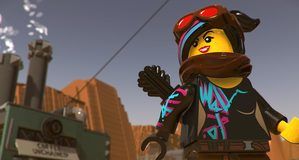