In Greek mythology, the Lethe river runs through Hades and when people drink from it, it causes forgetfulness. In episode one of this horror-adventure game, after you drop into a mysterious pool of liquid inside an abandoned mine, instead of becoming forgetful, you’re imbued with telekinetic powers. I don’t get the correlation and I understand that might get cleared up in the next episode, but the weakness of Lethe isn’t the fairly standard horror elements, it’s the disjointed justification from the story.

You start on a beachfront, waking up from unconsciousness. The eyes of a strange gold-faced tube with the beard of a Greek god glows. You don’t know why and you don’t know what is. As you traverse deeper into the abandoned mine, you find yourself entrenched in a disturbing tale of a mother and her son and their survival. It’s told in letters you find scattered throughout the mines. But you’re also following the story of a scientist who is looking for immortality but is using his findings to heal people who have caught the Affliction. Mind you, a monster is occasionally hampering your progress.

Lethe has a problem putting the stories together in a way that leads to a tale worth exploring in episode two. I had a lot of questions but they were wondering how the stories come together at all. It’s okay that answers may come later but everything feels so disconnected I have no desire to see it through in episode two. 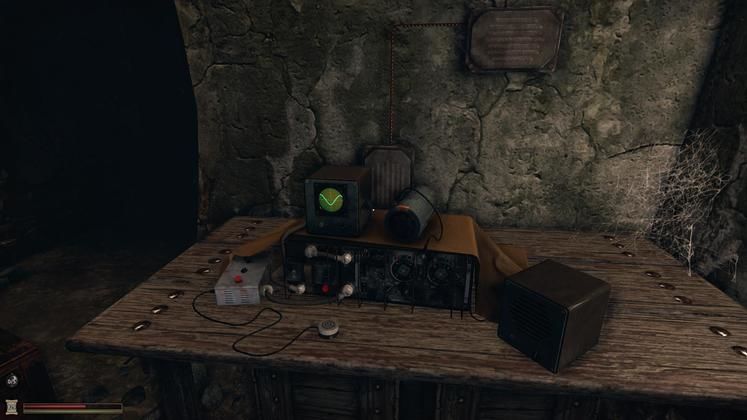 Radios are checkpoints. They're not common so don't die.

Thankfully, you don’t have to pay attention to the story. I admit I scare very easily, so I know I’m not the best judge of what might be scary to you, but Lethe provides an atmosphere that is creepy at worst and frightening at best. Like most other horror games, Lethe forces you to be alone. It’s just you, your thoughts, the sounds around you, and a monster that attacks you. You’ll spend most of your time walking around trying to figure out where you can go and where you need to go. You’ll open gates, turn on lanterns, and get through some light puzzles. It’s not until you encounter the monster where things get interesting.

Where does the monster come from? Don’t know. But most of the time, you know the monster is coming because the screen flashes and shakes. From there, you run or hide, but you can’t hide forever. It doesn’t seem by design but the monster tends to hover in the same area you ran from, making it hard to move forward. It works as a challenge but it seems faulty. If it finds you, though, you’re going to have to run and thankfully you have plenty of stamina to do that. But you don’t have to run long, anyway. If you’re not right next to the monster, as soon as you run away and turn a corner, it quickly loses sight of you. So sometimes chases devolve into getting caught and just running until you’ve broken free to where you want to go. And sometimes the monster just disappears after some time. 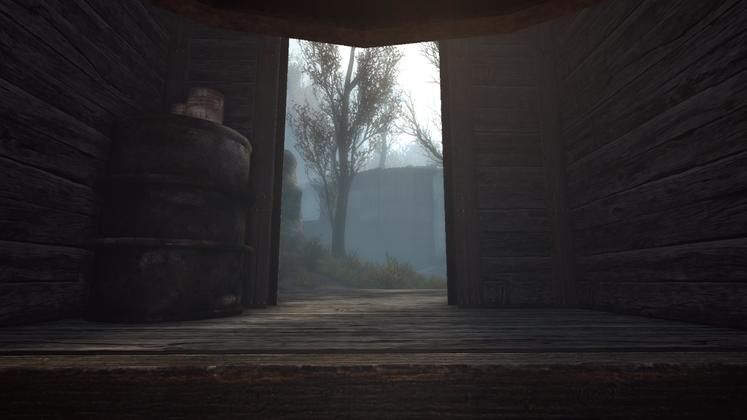 Might be the only light you see all game.

Eventually, you’ll receive telekinetic powers that allow you to move things. Why you get that? Not sure but you’ll be using it only to solve puzzles. Forget using it on the monster. You have to keep a healthy supply of energy or else you’ll take damage every time you use your psychic abilities. Blue containers are found throughout the mines and these help keep your energy up. You won’t need them too often as long as you’re not abusing the powers to do simple things you can do with the action button. It’s just annoying when you’re carrying an object telekinetically and you hit a wall and it drops, so you have to spend more energy to pick it up again.

I’d say the most terrifying aspect of Lethe is the atmosphere. Monsters aren’t common, so you don’t know when the monsters will show up and that allows the tension to build up. It mostly ends up being a jump scare but it doesn’t feel cheap. In fact, none of the jump scares feel cheap. Those work very well because of the severe lack of action. The sound effects caused by kicking things also work in creating more tension and turning up your anxiety. 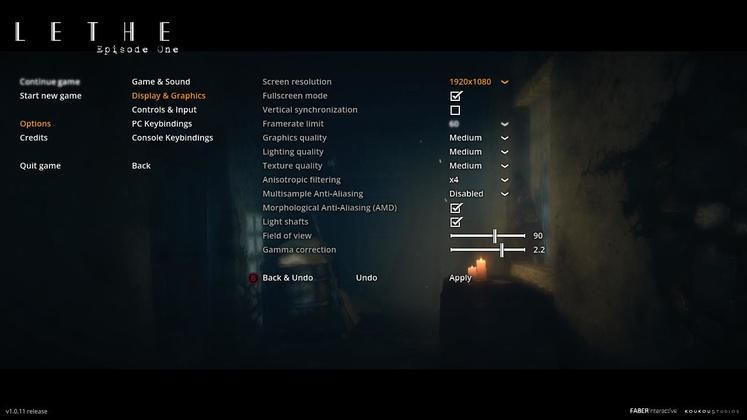 The developers try to sell you a high fidelity, immersive world. It looks fine but it’s not rock your socks off good. Many textures and models are flat or blocky and the best looking elements are typically fire and other similar effects. Physics are also oddly exaggerated. Walk into a box and it flies like you just spartan kicked it.

You might have to play with the graphics options to get a good framerate on a mid-tier machine but my framerate stayed around the high 50’s. A few times the game hitched bad and it dropped to the 30’s but it quickly came back. I would attribute that to something loading in the background. 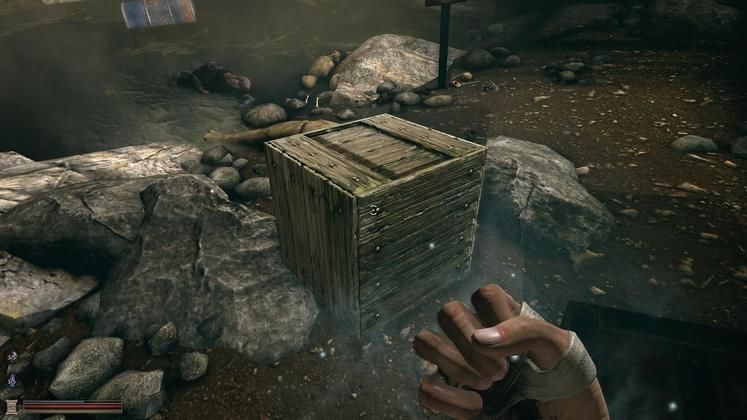 You can hold and throw objects with your telekinetic powers.

It’s reasonable to assume if you’re not easily scared or you have invested a lot of hours in Amnesia games or other horror games, you’ll find a lot of these elements rote or reused. But I can’t help but feel like Lethe does carve out its own space within the horror genre. I’m impressed at how it manages to control the atmosphere and space out monster encounters. If you were to ignore the story, I think you might find some satisfaction. But the story doesn’t add much to what you experience. It’s convoluted.

Lethe belongs in conversation with some of the horror staples of late, not because it’s great now, but because it could be great in the next episode. A lot of work has to be done for that to happen but Koukou Studios is on to something. If they can find a way to refine the monster AI, tighten up the story, and give more use for the telekinetic powers, episode two might be a winner. As for episode one, you either except its flaws or demand better.

Lethe’s story starts off as one thing and transitions into something different. It can be difficult to follow when you’re trying to figure out who’s voice you’re reading. But the atmosphere completely makes up for it in many ways, so if you choose to ignore the story, you might find the scary elements enjoyable. It’s not a revolutionary horror game and it might not scare diehard horror fans but there’s some fun to take away from this game.

There’s always time to use the bathroom. I’ll just leave it at that. 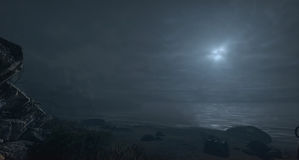