Life is Feudal: Your Own

Life is Feudal: Your Own Review

During the beginning of my time with Life is Feudal, it took me through a tutorial of basic controls by which I learned some of the mechanics I’d need to survive. At one point, it told me to go hunt something in order to practice attacking. I used the “Track Peaceful Animal” function. Nothing seemed to happen. I did it again several times to the same result.

I looked for videos or information outside the game that might share how I was to find an animal for hunting. Only one gave me a visual of the tracks that I was supposed to see, which I didn’t. I messed with my graphics to try to make the track appear, but applying the graphical changes dropped the connection from the world server I was in. Finally, after a couple hours of researching and experimentation with this basic mechanic, I figured out a loose and occasionally successful idea of how it worked. The effort wasn’t worth the reward and that’s how I would describe much of my time with Life is Feudal. 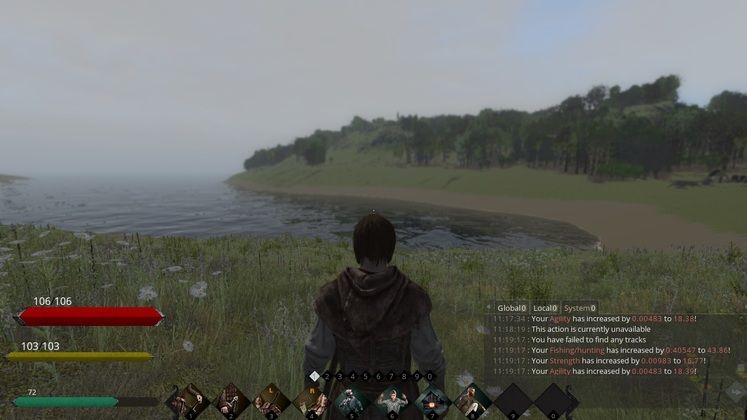 Life is Feudal is an open-world survival game from developer BitBox. Players that have played games like Rust, DayZ, or ARK: Survival Evolved will be familiar with the concepts here. You’re dumped on an island with little more than the clothes on your back and you must find ways to feed and shelter yourself. Life is Feudal is medieval period so you won’t be finding guns or anything of the like, but instead make due with primitive tools in the life of peasantry.

The open world of the island has a lot of range, from open fields to verdant forests to mountainous terrain. There’s a lot to see and for the most part it’s very pleasant looking. All the same, it’s easy to lose track of yourself and your things. There is a map and it is worth becoming familiar with it, although there doesn’t seem to be any way to put markings on it. This is unfortunate when you only have a camp site and not a true home. Once you’ve built a home, you can bind to it and use a command to spawn back on your home, but before that, you just have to remember where your camp is on the map and keep track of where you are. Not being able to bind to a campsite isn’t so bad, but I wish there had been some sort of way to mark the map to make things just a bit easier. After all, building a home takes time and a lot of skill farming.

Pretty much everything you do feeds into a skill or stat in the game, from digging in the ground for plant fibers to making a tool to eating to regain your strength. There’s also a cap on skill, which is to say you can only level up so much, but once you’ve collected a certain number of skill points across all your skills, then you can’t progress any further unless you allow certain skills to decay. It’s a comprehensive system built towards making players specialize in a few skills and working in tandem with other differently specialized players. It’s an interesting idea when you’re working with others, but the skill progression is very slow. On your own, it not only feels overwhelming, but realizing you need one skill to get to another skill and having to farm that skill is often a tedious process full of repeating the same actions over and over. 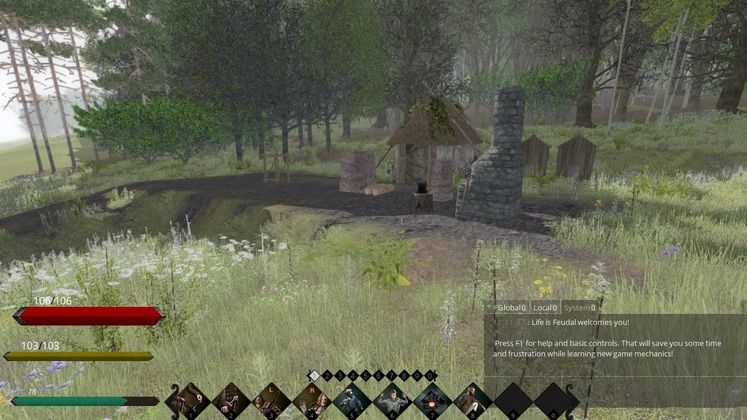 It’s pretty clear that Life is Feudal is built with community and cooperation as one of the cornerstones of the game. Working with others to create a settlement or being invited into an already established settlement or guild is pretty much the way to make things move a bit faster in Life is Feudal. There’s a ton of servers and most of the filled ones will have several communities or guilds that seem to be looking for people to join up. There’s also plenty of players that are looking to cooperate and get moving just like you that you might take the time to help out so they’ll help you in turn. Just be warned, not every player has good intentions.

Much like in most open world survival games, players can gain from trespassing and stealing off your property or outright attacking and stealing from you. All that hard work you did can be undone be a thief or bandit if you have the misfortune of running across the wrong player. However, the game balances this matter with a karma system. Each bad action you do brings bad karma to you. Trespassing, stealing, and killing an opponent who has yielded in a fight all offer increasing hefty karma. Where that matters is if you die. Dying brings a penalty in which you lose some of your skill points and the worse karma you have when you die, the more points you’ll lose. A player with notoriously bad karma is in danger of losing most of their skill points upon death. It’s a good incentive or risk vs. reward to keep players in line and I can certainly appreciate that. All the same, combat is worth avoiding. 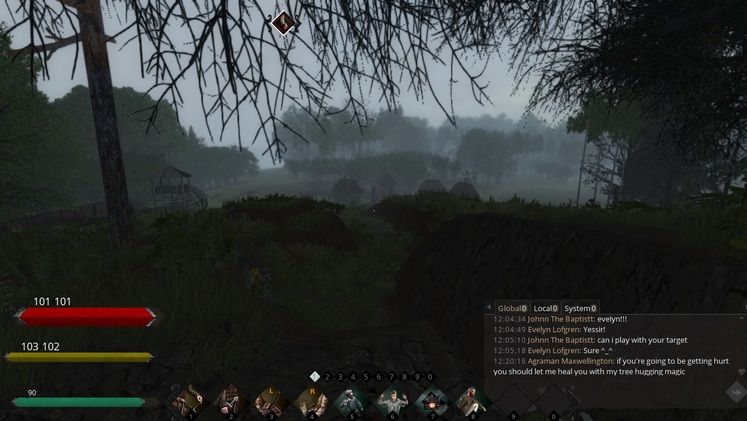 Confrontation is one of the places where Life is Feudal is the least amount of fun. The game factors in physics and damage points of weapons. A hit from the blade of your axe will hurt much more than a thrust from it or being hit with the shaft of the axe. It’s smart here, but much like all progress in Life is Feudal, combat feels slow. Every hit, even weapon combos, feels sluggish and ineffective. You and an opponent will strafe each other or retreat from one another waiting for stamina to build for your next strike or series of strikes and it all just feels like a slow chore rather than an actual battle.

LIFE IS FEUDAL: YOUR OWN VERDICT

Life is Feudal has a lot of things going on in it. Between the comprehensive skill systems, the crafting mechanics, and the maintaining of self and relation with players around, there’s a lot of things that could have made Life is Feudal really enjoyable. The biggest problem it faces is that practically everything in the game is a tedious crawl. Playing alone is nigh impossible, but playing with others doesn’t alleviate all problems either. There are bugs in the game that make it feel frustrating and unfinished. At many points I felt like I was fighting the game simply to play it, and while there’s tons of promise, the current product just doesn’t feel worth the effort it takes to play.

Getting to a point where I had what I needed to start building a settlement was a rare moment when I really lost myself in the creative freedom that lies in the game’s mechanics.

Life is Feudal: Your Own Essentials 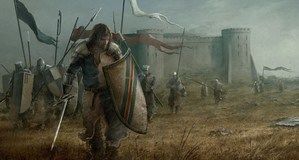