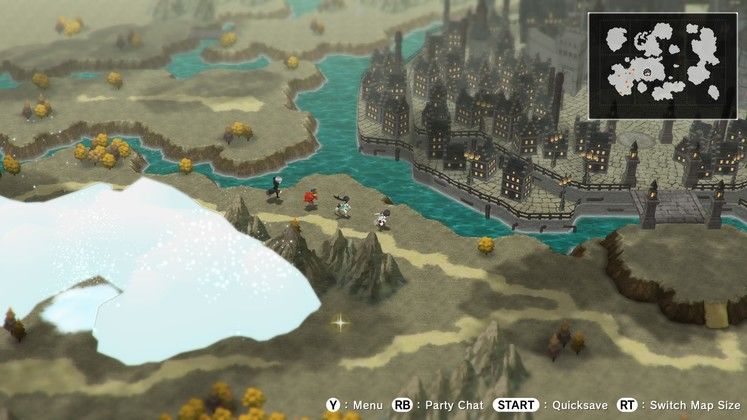 2016 saw the release of I am Setsuna, a title promising to hearken back to the golden days of the JRPG. Older gamers foamed at the mouth from the thought of something rivalling Chrono Trigger or Final Fantasy VI. While reception was just fine, the game’s length, price, and underwhelming combat system came under fire. Fast-forward two years later and Tokyo RPG Factory has pooled together the critique and feedback to create Lost Sphear. Is this the revolution they (or we) were hoping for, or simply history repeating itself?

Just like their past game, Lost Sphear is a homage to the JRPGs of yesteryear – albeit in 3D. It goes for a top-down look for the most part while freeing up the camera during certain cutscenes to highlight panoramic vistas for added cinematic emphasis. Telling the tale of a world were a cycle of destruction and rebirth is all too familiar, our immature heroes come back to a hometown that’s ‘Lost’ – a sudden process that sees places and people stripped of their memories, reducing them to a mysterious white mist.

Kanata – our alpha-protagonist – somehow comes to wield the power to restore what’s lost by materializing memories from people’s words – written or spoken – or by bashing them out of the monsters that have increased since the phenomenon took hold. It doesn’t take a genius to put this coincidence, and many of the game’s other mysteries, to bed. 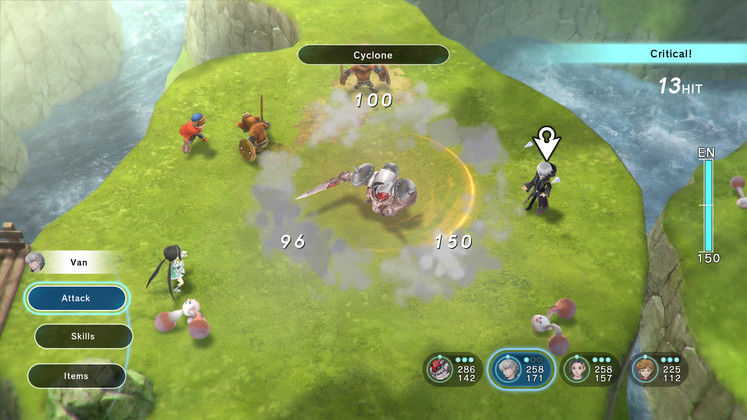 The major gripes of Lost Sphear come through with what should be any JRPGs major selling points – the characters and story. Pacing was a problem for me at the start. It grew on me as things went on, but the story never gets any less predictable while the characters somehow become even more two-dimensional and transparent to the point where each conversation serves no purpose other than to confirm the suspicion you had 3 hours ago.

They’re a bunch of kids who welcomed, without question, a cold-hearted stranger who happened to be the last man standing when their hometown slipped into the abyss, repeat the same wafer-line plot points over and over, and clock onto things far later than they should. Siding with, and fighting for, the Imperial Army right from the start? Great plan. We can argue that kids wouldn’t know any better, but they start off too combat-ready to be that innocent.

Spread across a number of continents, Lost Sphear, like the JRPGs it borrows from, sounds like a massive game on paper. But don’t let that mini-map fool you. With no random encounters taking place on the overworld screen, you clear land at an alarming rate as you bounce from town, city, and dungeon. Most of it is ‘lost’, but the idea carries little weight as you’re typically able to restore 3-4 spots of land far before you’re required. It just feels like a world that’s come down with a minor cold rather than the spread of the bubonic plague. Generating ‘artifacts’ to restore lost land typically adds stackable modifiers to combat that makes an already easy game that much more of a walk in the park. 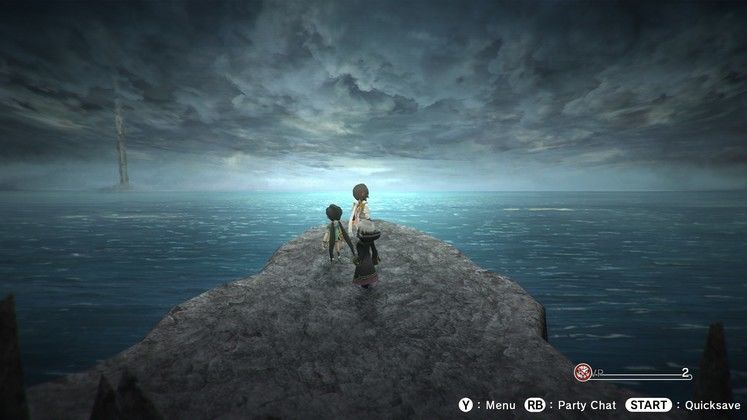 There’s talk of massive elemental towers scattered across the land, too, but you can fire up half of these the moment you get your obligatory boat around 7 hours in, unlocking skills for your combat mech at a point that feels trivial at best. Modifiers to character-specific skills rarely feel necessary despite there being dozens available in the stores, and equipment upgrades are too frequent, with further upgrades possible with expensive coloured gems – if you don’t want to run out of cash, you’re better off picking up new gear as infrequently as possible. Encounters – outside of the odd boss battle – offer no challenge whatsoever and award far more experience than they have any right to. If you’re looking for that authentic 80s JRPG feel, crank Lost Sphear up to Hard right off the bat. It might help.

But how does combat work? Those who played I Am Setsuna will recognise the rework here, while anyone else shouldn’t struggle to grasp the idea of a variable Active-Time Battle system. Encounters start by walking up to a batch of enemies. From there, your party spreads out around the area while their turn gauges fill up over time. You issue orders through a menu, but rather than simply select a target and go from there, you manually reposition the character to attack their target. This lets you plan ahead for positional advantages for things like AOE support, to dodge a known attack pattern, or to line up numerous enemies for a piercing attack – like Sherra’s bow, or Van’s laser.

The problem with a system like this, though, is that you have to waste time between successive orders to allow for the effects of a previous blow to follow through. Rushing through combat leads to too many wasted blows or missed Momentum timings because you’re racing to issue orders to characters who gain their turns too close to each other. 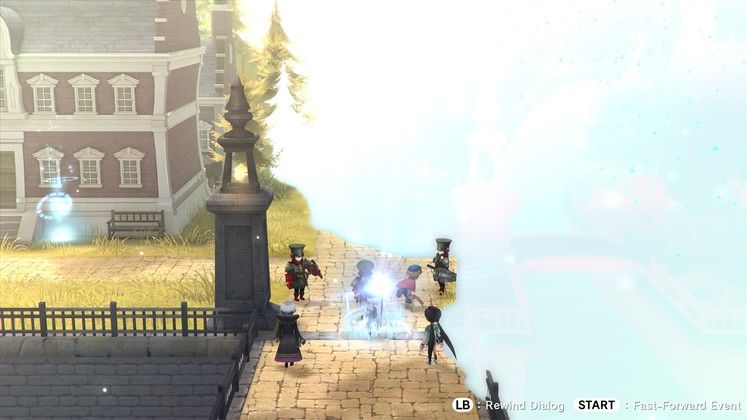 ‘Momentum’ is charged when dealing/taking damage, or prolonging a character’s turn, allowing for multiple strikes or to activate specific skills and modifiers by slapping X on a controller as they strike. You gain access to Vulcosuits (mechs) to use in battle early on, but it’s a system that takes too long to show its worth and ultimately feels like an unnecessary element to accommodate for in the long-run.

Many of your mech’s skills are inaccessible for the vast majority of the game, and by the time they become available, you’ve already settled on a proven strategy of just wailing on the enemy with cold steel. We could raise the question of where your other characters – like a god made of people’s memories – got one from, or why nobody notices the beast with a hammer traveling alongside you.

Accidentally trivialising a boss by inflicting Charm and having it put itself into a perpetual cycle of Sleep.

Lost Sphear takes a little too long to really get going. Dungeons are tiny, its characters paper-thin, and the story far too predictable in its overuse of already overused plot elements. It’s a JRPG that struggles to add anything of value, perhaps to the point of reminding us why the natural evolution of the genre happened in the first place.

Despite this, it’s rapid pacing is perhaps its biggest achievement. Even the smallest session can lead to a feeling of progress. Things start to feel a bit too repetitive in longer sessions, but playing in smaller bursts helps stop its generic tropes from grinding you down. At $50, though, it’s far too much to ask for something that purposefully refuses to reinvent the wheel. Even if it promises 40 hours over the last game’s 20. 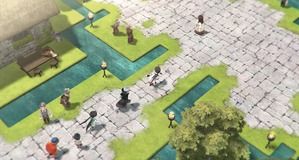