Mechwarrior: Mercenaries is a blast - literally. It’s non-stop action from the word go as you pilot your mech around the landscape, destroying all before you (hopefully) and watching out for your ‘lancemates’

Mechwarrior: Mercenaries is a blast - literally. It’s non-stop action from the word go as you pilot your mech around the landscape, destroying all before you (hopefully) and watching out for your ‘lancemates’. The basis of the game is much as all the predecessors, complete missions to earn cash to build/buy bigger & better machines of destruction - then use them to continue. 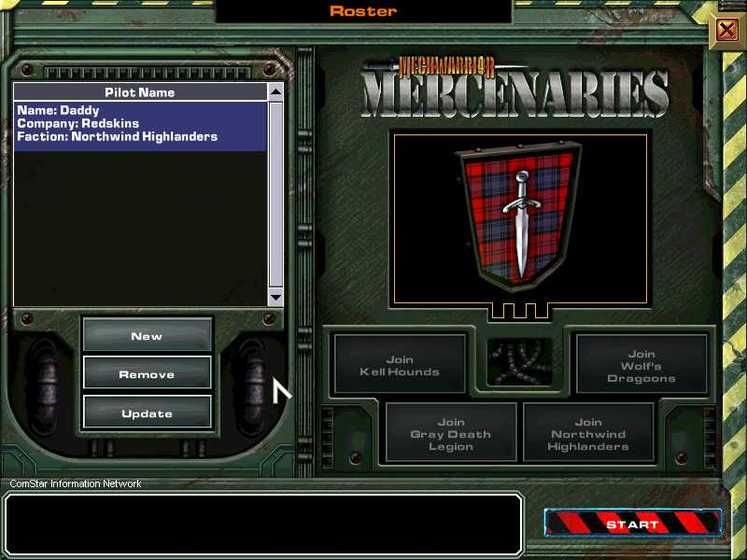 The game specs advise PIII 700 min so I was a bit wary of loading it on my trusty old 500, but I need not have worried. On the strength of ‘hit it with all its got’, I increased all the settings to max & fired it up, expecting a sluggish response that would need a lot of tweaking to get it to run on my system. I was more than delighted when all appeared ok, & then ran the 1st mission with no sign of slowdown at all. I’m happy to say that this continued all the way through the game & it was only on the final mission that I noticed a very slight screen stutter in some places - so don’t let the min specs put you off.

The controls are a delight, although it must be said that if you are lucky enough to own a top of the range Sidewinder with a myriad of buttons, you will be even better off.. I use my fave Thrustmaster FCS with no throttle control & 4 firebuttons, and, with a bit of tweaking via the control panel, soon had my mech charging around with the minimum of fuss & only minor keyboard hits needed. 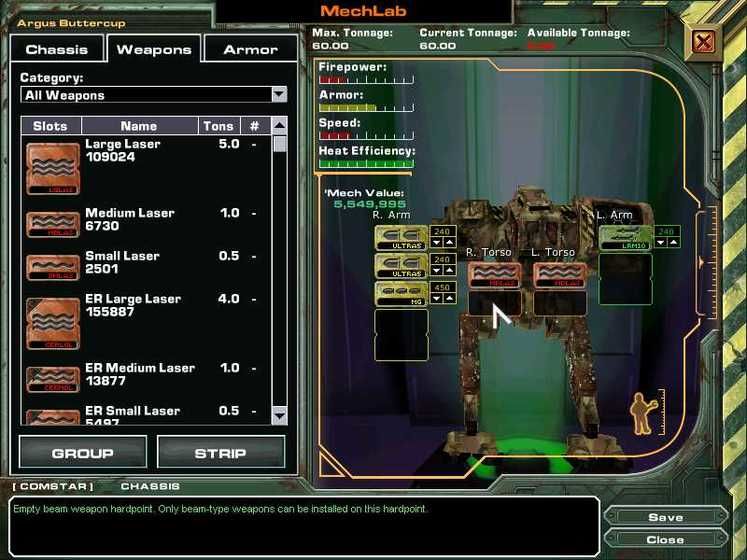 Communication with your lancemates (AI or multiplayer) is handled via the F keys & is fairly intuitive. Issuing the commands in the heat of battle is easy & the AI controlled mates follow your orders well. When controlling two lances further on into the game, you get a nice warm feeling knowing that you can have 3 mates protecting you while the other lance of 4 is beating up on the enemy bigtime. Some missions call for the destruction of buildings as well as any mechs/armour that you come across, and it is here that I got a bit frustrated. Your lancemates will only attack a ‘designated’ target - one that can be selected & targeted. The majority of the buildings you need to destroy only show as a red target under your crosshairs, cannot be targeted & therefore can only be destroyed by you & it is annoying having to meander around blowing buildings up while your mates all stand around doing nothing (especially if you have taken damage & had a severe weapon reduction/ammunition shortage).

The choice of weapons available to you via the Mechlab is enormous & it doesn’t take long to get the hang of tooling a mech up to be its most destructive while maintaining that critical heat balance - those beam weapons generate a lot of heat & the last thing you need is an overheat powerdown in the middle of a battle. Clan weapons are generally lighter meaning you can load more of them onto the mech (if there are enough hardpoints) and the easy manipulation of heatsinks, armor type & amount, as well as any other chassis ‘bolt ons’ (get the anti missile defense every time) means you will soon have your ‘perfect’ mech up & running (until you find/afford a better one that is). Most missions garner you some salvage in the way of mechs and/or weapons which you can use yourself or sell on the ‘Free Market’ so as to afford that Mad Cat mkII that you really want. What mechs you manage to salvage from any given scenario appears to be predefined, so no amount of blowing the legs off to leave a nice salvageable mech really helps (although receiving 3 Mad Cats & a Hauptman in one mission really did make my day). 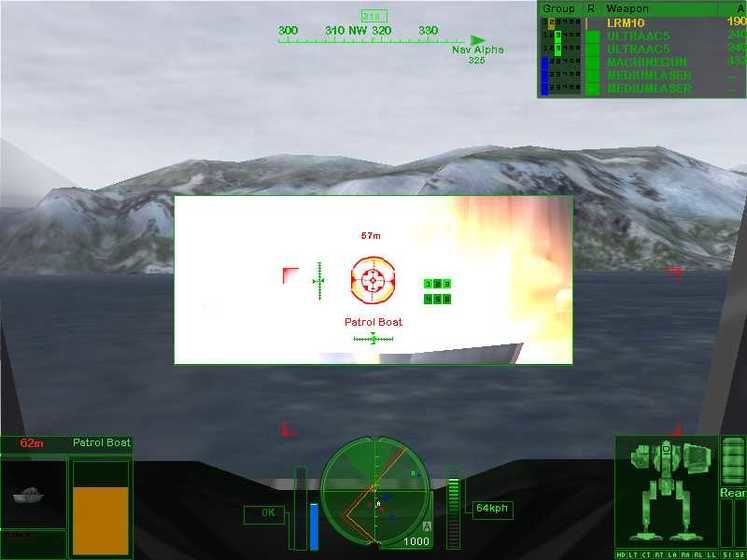 Accessing the planetary screen allows you to select your next mission from all those available on any of the visible planets. A brief overview warns you of what to expect as well as telling you how much the mission pays - the less the pay - the easier the mission - generally. After saving the first planet, Solaris opens up to you - this is the gladiatorial planet where you can hone your piloting skills by entering any of your mechs into a grand ‘free for all’ in various scenarios. You have to work your way up to the assault class to really grab the most Cbills, but it is very handy when you are running short & still can’t afford that much wanted mech - although a lot of the prize money can be lost in repairs to your mech - so be warned - its not that easy.

Graphics & sound are superb - the explosions are nicely violent and the intermech chat particularly realistic. Landscapes are nicely textured and it is easy enough to pick out details on any particular mech to use as any aiming point if needed. The sense of scale is really brought home when you come across some people wandering around - you feel you need to step on them as they are so small. Trees & bushes seem to explode when your mech walks through them rather than just toppling - but that is not enough to detract from the overall sense of ‘being there’. It’s nice to be able to follow a missile trail back to its source, zoom in and then swat that troublesome helo out of the sky.

All in all, this is an enjoyable blast of a game, with a very strong following, especially for multiplayer aficionados, and one that will have you reaching for that joystick in times of terminal boredom when strategy or UT just won’t ‘do it’. It is certainly worth buying if you have all the predecessors, and even more so if this is your first tastes of Mechwarrior. 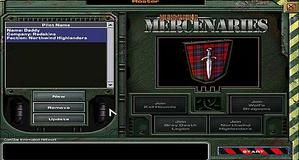