Survival of the fittest

The driving principle behind Combat’s gameplay is an experience system that governs both the marines and the aliens (the Kharaa), who each stand as the two sides in the on-going conflict that the game depicts. 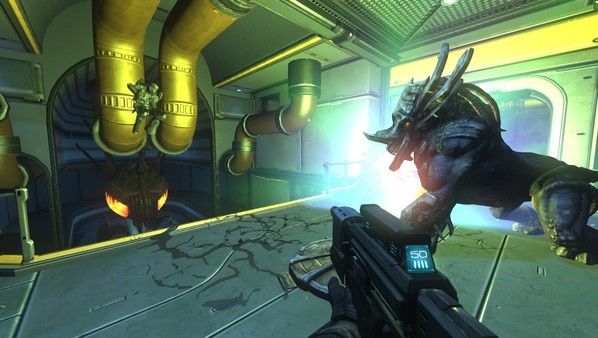 The Onos is essentially death made flesh. Avoid. Seriously.

Shooting an enemy, damaging an enemy structure or completing objectives will cause XP to be dispensed to the player. Playing as the marine forces, XP can be used to buy additional equipment such as hardier armour, massive Exo-suits, handy gadgets such as jet-packs or deployable turrets and naturally, a selection of more potent weapons with which to lay waste to the alien horde.

The aliens on the other hand, have a far more interesting time of it. Rather than just getting shiny new gear to use, they actually evolve into wholly different species as the result of their experience point expenditure. Before we get ahead of ourselves though, it’s important to observe that at the beginning, all aliens belong to the same race, which in this case is the Skulk.

Whereas the marines can all apply a broadly similar tactic of its in front of your gun you can shoot it, playing as Skulk turns the whole situation on its head. Instead of necessitating such a familiar approach, players will only succeed if they are patient and master the tenets of stealth. Both the latter and former are essential to surviving as a Skulk since while the slithering alien can scale practically any surface and spring an attack, it only takes one or two shots to kill it and so living up to its namesake and skulking in the shadows ostensibly becomes the key to victory.

For those unfamiliar with the Natural Selection games, playing as the Skulk should evoke fond memories of the Facehugger Xenomorph from the Alien Vs Predator titles and as such, any skills that players have accrued from playing that crawling menace in that series, will undoubtedly serve them well here.

Beyond the clandestine Skulk, the aliens also have the Gorge which allows them to heal their friends and create hive-based structures to stymie their opposition, the winged Lerk which specialises inflicting damage over time while moving extremely quickly, the Fade which revisits the focus onto stealth with powerful assassination abilities and then finally the Onos; a gigantic murderous engine that soaks up damage and wreaks destruction on flesh and structure alike.

If anything, the Onos seems more than a tad overpowered right now, having bore witness to the behemoth tear through marine Exo-suits like they were made of paper and embracing constant flamethrower attack (one of the strongest of the Marine weapons) like it was spraying itself with Lynx deodorant. Hopefully this’ll be something that’ll be addressed in a future patch as other than this rampaging extraterrestrial Rhino beast from Hell, the alien and marine sides are very well balanced. 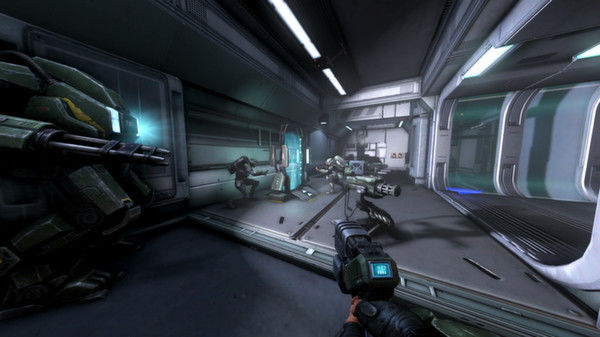 All of these additional evolutionary forms can be achieved by players as they gain experience and unlock the requisite levels to evolve their species, though early on it can be a little discouraging to see the more skilled players unlocking the highest evolutions, the very act of doing so yourself becomes an objective in itself and a real motivator to sharpen your skills.

Aside from these evolutionary forms, Combat also allows players to spend XP to unlock additional special traits, abilities and equipment. The aliens for example, can improve the quality of their armoured skin and specific skills tied into each species evolution while the marines can upgrade their assault suits to make themselves faster, take more damage or unlock special weapons such as laser mines or a special radar to reveal cloaked enemy units.

Also, just because the commander element from the Natural Selection games has been stripped away, that doesn’t mean that you have to stop thinking. Indeed, going back to the notion of tactics in combat, invariably the side which has the most coherent communication and robust stratagems is the one which emerges victorious at the end of a given round or game.

Battle strategy in Combat works on a number of levels. Playing as the aliens, you might want to destroy the power structures so that the lights switch off, allowing you to ambush the marines with your Skulks and Fades with relative impunity. Conversely, as the marines, you could decide to employ sentry turrets to create choke-points and cross-fire zones, funnelling your foes towards your strongest units in the process for a slyly calculated massacre.

A winning strategy in Combat also relies on players embracing certain roles too. As soldiers are needed to stack the bodies high, so too are the support classes which ensure their survival and aid in the team’s logistics. Building defensive structures such as teleportation devices to key locations on the map and healing wounded units becomes every bit as essential to winning the game as does putting the opposition in the ground. Everybody has their own unique play style and Combat provides the player with sufficient latitude to embrace that with its array of classes and abilities to forge it into an asset for a winning team. It becomes clear early on that Combat is no place for lone wolves, so play accordingly unless you like to lose.

A brilliant touch is that if you join a game in progress, the game works out what the average amount of XP is for a player in the game and then proceeds to give you that amount in order to catch you up with the rest of folks playing on the server. It’s a tremendously progressive feature for the genre and more games need to do that.

Should all this seem terribly daunting, or, if like me you’re just a bit rubbish at the game, the developer has also handily included a number of informative tutorial videos and single-player bot battles to help you find the ropes quickly. The latter proving especially invaluable as you tinker with the various races, classes and equipment all the while becoming familiar with the layouts of the maps.

Speaking of the maps, if there’s a knock on the whole Combat package its that outside of mastery of the alien and marine factions, the content offering is pretty slim. While the five maps on offer are well-designed deathmatch hubs with multiple routes, vents, tunnels and more besides, it still would have been nice to have more to choose from.

Equally, the number of modes available is fairly disappointing too. With just two game modes, the original ‘destroy the enemy base’ scenario and a new, territorial capture game type, the potential for varied play remains somewhat limited. That said, the developer has stated that the game fully supports the mod community (as it was that very same community which birthed Combat in the first place) and combined with promises for future content from their own team, we should be looking at a great variety of new experiences on the horizon for the game. 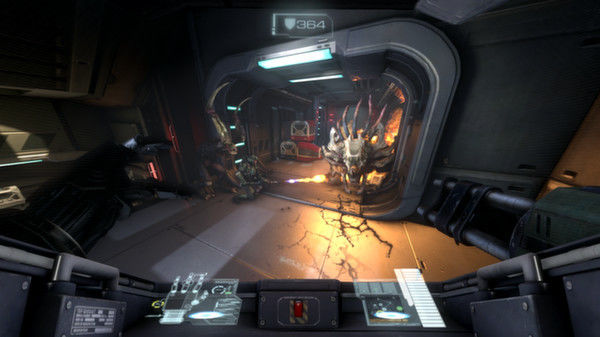 The Exo-suit is at the pinnacle of marine weapons development.

Technically, the game is a little buggy and in particular I had experienced crashes whereupon after recovering, all the textures would be stripped from the surface of objects in the world. Not ideal, but thankfully, its occurrences were few and far between.

Visually speaking, the game is easy enough on the eyes, but shies away from providing the most cutting edge visuals; a trade off made to seemingly place a premium on performance. Given that latency is king in competitive FPS titles like this, that should be something that owners of lower spec rigs should be pleased to hear and as such, should allow the game to appeal to a larger audience.

With a focus on high end play, tactical combat and long-term mastery, Natural Selection 2: Combat is a game eminently suited to both public and private competitive scenes. A lean offering with a promising future, developer Faultline Games has achieved that rarest of things; to separate a core feature from a game and allow it to stand on its own two feet and make it equally worthwhile to established veterans and unpractised hands alike.

Being devoured by a massive alien rhino and then being treated to an inside view of its stomach before punching your way out to messy, smelly freedom. 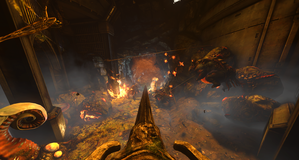 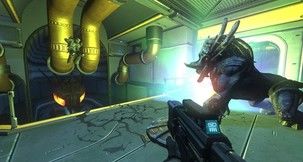