Charming story and aged gameplay are at odds

One Piece: Pirate Warriors returns in its 3rd iteration, bringing back all fan-favorite characters from the original Japanese anime and manga in a game that spans the entire saga, all the way from the initial gathering of the Straw Hat Pirates up to the battle with Doflamingo. The Pirate Warriors series comes out of developer Omega Force, who are responsible for the classic Dynasty Warriors and Samurai Warriors franchises. One Piece: Pirate Warriors 3 follows the standard Warriors gameplay formula. Though it’s a little tiresome, there’s still quite some charm to the One Piece veneer laid atop of it.

The story runs from the very beginning of the One Piece saga and goes through much of the most iconic events and battles of the series, cutting much of the in-between story or relegating it to simply being told rather than shown. Players unfamiliar with the anime might find this off-putting as it skims over much of the reason and explanation of why Luffy and his crew-mates are fighting anyone in the first place. Nonetheless, the events that are given to us roll out in an animated comic-book style narration that fits One Piece’s manga roots nicely. Additionally many major events take place in full cutscenes that reminisce of the over-the-top and colorful animation in the TV series. 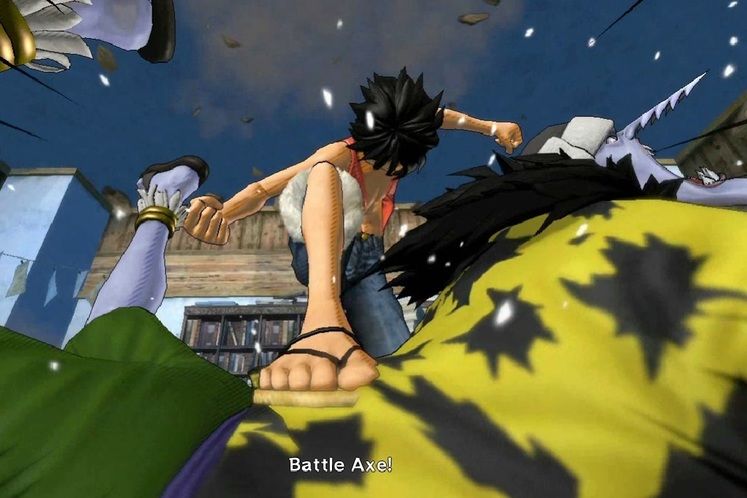 As mentioned, the gameplay uses the core elements of most Warriors game developed by Omega Force. After choosing your scenario and character, you are tasked with fighting thousands of minions and commanders as you complete objectives across the level map. This mostly revolves around fighting a certain villain or taking over a base, but often, the objectives are tied to major events that play out in real time as you work your way through a level. The characters all have their own style and as they level up, their combos become more lengthy and flashy. Furthermore, after every level, you can use special coins to power up different aspects of each character such as health and attack power.

A feature introduced into this outing is the Kizuna Rush system, which allows you to use your crew-mates in team-up attacks after building up a gauge specific to them. Your available team-ups will be based upon who’s available in the scenario and you can cycle through them and build up their gauges separately. This allows for everything from combo extenders to team super moves with up to 4 characters for devastating results. It’s quite a cool feature and can turn the tide of a fight immensely. However, later on, Kizuna Rush feels heavily overpowered in favor of the player, as most commanders, even level bosses, can be easily defeated by a team super move, even on hard mode. Nonetheless, it’s paramount to master the management of Kizuna Rush to be an unstoppable force in the game. 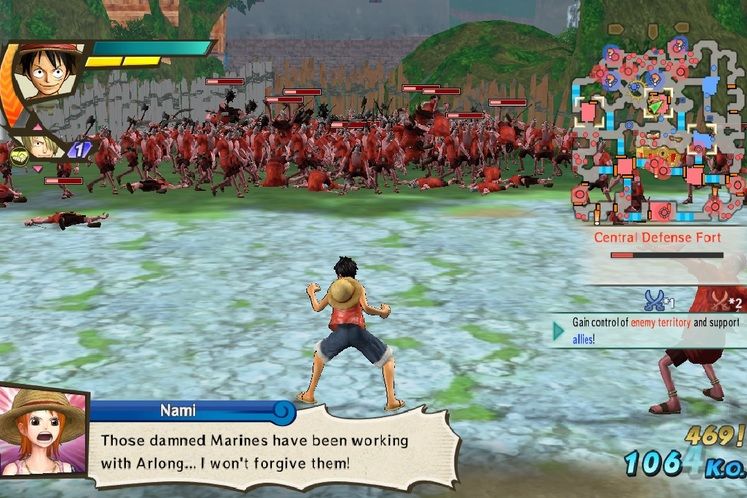 In each level, besides accomplishing the regular objectives, there are treasure events which are achieved by meeting specific conditions within a scenario, such as defeating a certain villain with a certain hero or keeping several characters safe. Each treasure event unlocks a small cut scene that adds to the story playing out in a scenario. In addition, there is also a legend diary for each scenario for which the player must complete several tasks like getting all the treasure events or completing the level on hard mode. Each task removes tiles from a square that reveals special art for each scene. While completely optional, the need to complete scenarios with different characters to unlock all of these extras gives the levels replayability in order to see everything each level has to offer.

Besides Legend Log, which is the story mode of the game, there is also Free Log, in which the player can replay any scenario with any character they’ve unlocked as opposed to characters specific to the scenario. Finally, there is Dream Log, in which a player works their way across a web of islands in battles with randomized objectives and characters. It is only within this mode that certain characters such as the legendary Dracule Mihawk can be unlocked for play. In all modes, a second player can join in for local splitscreen co-op play. While unlocking the extra characters is alluring, the battles are stripped of the story and extras that make the Legend Log levels fun, making them somewhat of a barebones distraction in comparison to the core of the game. 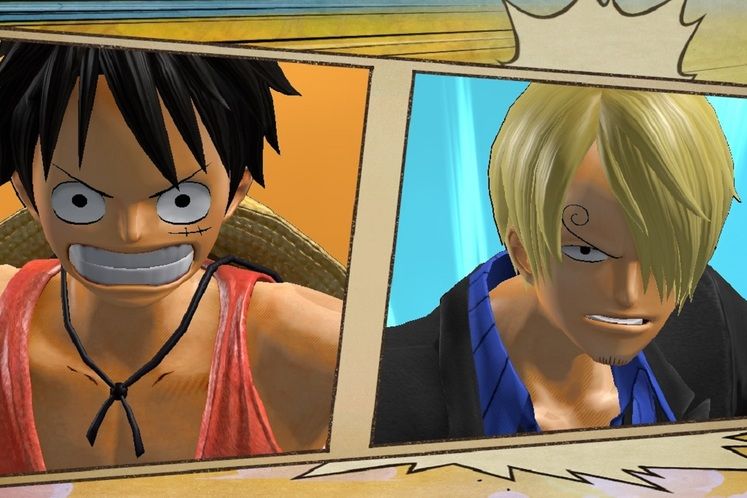 Sound-wise, the game is well done. Each scenario is punctuated by One Piece’s signature seafaring tunes in order to create some pretty good background music. I was pumped to be taking Luffy and his gang after the likes of Buggy and Arlong and mowing down the multitude of minions they threw at me to the catchy tunes accentuating each battle. Likewise, the voices are genuinely good, with many of the characters Japanese voice actors from the anime reprising their roles in the game to deliver a love letter performance for any fan of the series. There’s no option for English voices and you’d better get used to hearing Luffy yelling “gomu gomu” about a million times, but all in all the quality put into the music and voices is a top notch nod to its source material.

If there’s any great thing that harms One Piece: Pirate Warriors 3, it’s the overuse of the format by which it’s presented. One Piece is a lush and imaginative universe with fantastically bizarre and cool characters and storylines. So when the storylines, character developments, and plot twists aren’t there, such as in Free Log or Dream Log, the age and staleness of this game play really shows. This is an entertaining way for long time fans to re-explore their favorite One Piece moments or even unfamiliar fans to get acquainted with what they’ve been missing. However, when you strip all that away, this is just another Warriors game and certainly not the best playing one.

Delivering a 4 person Kizuna Rush super attack on a screen full of enemies is absolutely awesome and immensely satisfying in the thick of a fight. 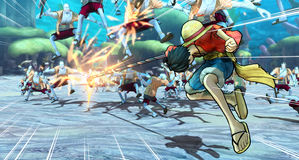