The motor screaming out, stuck in second gear 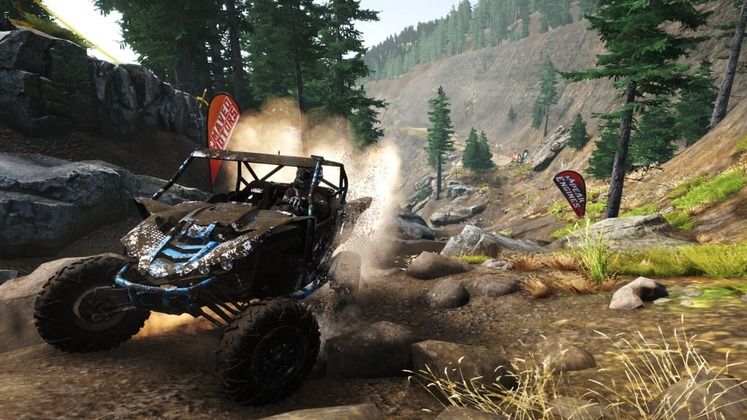 When you live in rural America, you live in off-road country. People love the joys of ATVs and UTVs, facing a harsh environment with durable vehicles. Since I work as a video game critic, it’s very clear I’m not one of them. However, today’s game lets me pretend that I know anything about off-road racing.

Published by Nacon and developed by Zordix Racing, Overpass is going to cause some division. Anyone expecting a by-the-numbers racer will be surprised, but whether that surprise is pleasant or repulsive depends on the person.

Overpass is a racing game that leans heavy on simulation. Rather than the challenge coming from other racers knocking you off the road, it’s you versus the clock as you try to finish the track as quickly as possible. It’s up to you to rise up in your career, all the way to the World Cup.

There are two race types: Obstacle Courses and Uphill tracks. Obstacle courses have you going through a course littered with rocks and pipes to traverse across, while uphill tracks have you drive up a hill to the finish line. Physics plays an important role in both, forcing you to prep your speed accordingly to the challenges you face. It’s surprisingly strategic, and your choice of vehicle matters as much as how well you drive. 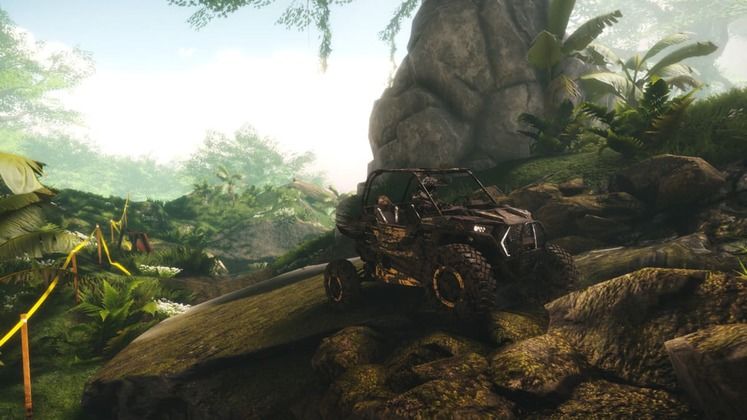 While Overpass is technically a time trial racer, there’s an argument to be made to call it a puzzle game. Thanks to a heavy focus on environmental traversal, it’s not a game you can speed through. Rather, its challenge is about strategizing the best way to deal with the environment. Should you use a vehicle with 4WD that might not be as fast, or use one with 2WD that’s a bit faster and take your chances? Will you try a faster route that might be rougher on your vehicle or something less strenuous?

If you like your racing game to be a bit more thought-provoking, this might be up your alley. It’s not up mine however, it’s very uncooperative. So much so that it’s very easy to damage your vehicle. This means a lot of times you’re going to brake constantly, and you’ll probably still get damaged in the long term.

The damage isn’t for show, it causes your vehicle to slow down and even be unable to get past certain obstacles. These damages will stay unless you deal with repairs. This can be done in three ways: getting a repair kit to fix it without setbacks (which are in limited supply), having it fixed while you use another vehicle for the race, or skip a round in the tournament to fix it personally. You can also pay between rounds to fix up to 25% of damages during a multiple-track challenge.

When you aren’t racing, you are dealing with the more managerial aspects of the sport. This includes purchasing vehicles and parts, accepting sponsors, and taking bets from other racers in the tournaments. It’s all very clear in its presentation and gives a clear idea of your standing as a racer. If you aren’t interested in off-road racing to begin with, these brief moments of calm will bore you rather than get you ready for the next time trial. 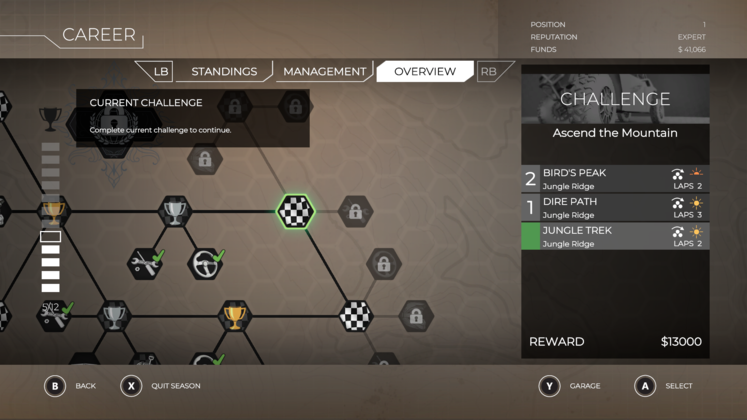 Overpass also comes with a multiplayer option in online, splitscreen, and hot seat modes. While online in any game before an embargo is pretty dead, I was able to experience local multiplayer. It follows the same approach as the main game, racing a friend in these obstacle courses. However, Overpass takes the ghost approach. I understand why, it’s easy to be damaged and tracks are designed for a single person, but it also removes physicality. The races are just the same maps in the career mode, making for the same strategies you’ve used in single player. It’ll be a nice touch if you and your friends like Overpass, but it won’t be a selling point.

While I give props to this approach to racing, it’s not very fun in practice. You’re always fighting for control and it’s very easy to damage your ATV from hitting a rock in a funny angle. This frustration is emphasized by the length of some tracks. With how easy it is to get stuck after your wheels get severely damaged, it feels more efficient to just restart a ten minute track than soldier on. The time I spent fruitlessly trying to drive up a muddy hill is tiresome. I will admit that I suck at the game, but not even finishing a track with a gold medal felt rewarding. It makes for a restrictive experience, one for people who find can find zen in challenge.

It won’t be the prettiest game on the market, but it does come with some noticeable touches such as the mud that sticks to your vehicle. Because of Overpass’s focus on nature, it has its pleasant and varied vistas. This detail also goes into the vehicles themselves, each one revving up with a good weight behind them. That weight isn’t given to our driver, however, whose body feels weightless whenever they get thrown off an ATV. I don’t blame them for that, it wouldn’t be fun to deal with the mortality of our player character.

All of the sound design went towards the vehicles too, making this a treat for UTV nerds. Even if you aren’t fond of this game, you’ll respect the attention to detail put into the vehicles. 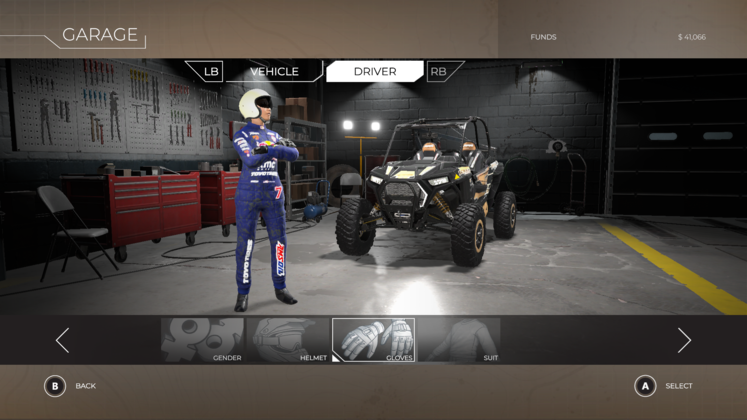 Overpass is for a certain type of sadist, and it’s been awhile since a game made me want to stop playing it as quickly as possible. It might have its polish and intent, but the mechanics they serve are frustrating. Perhaps everything I mention makes the game all the more interesting, a game that isn’t for noobs like me and something that would sit comfortably between Surgeon Simulator or Getting Over It. But this makes for a niche game that will bug anyone else. I get the appeal, but it’s simply not fun.

Anytime I was allowed to be a Speedy Speed Boy and had a stretch of land to just accelerate like a mad lad. 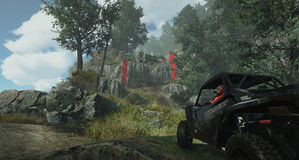