Was Prey really suited to be a rogue-like? 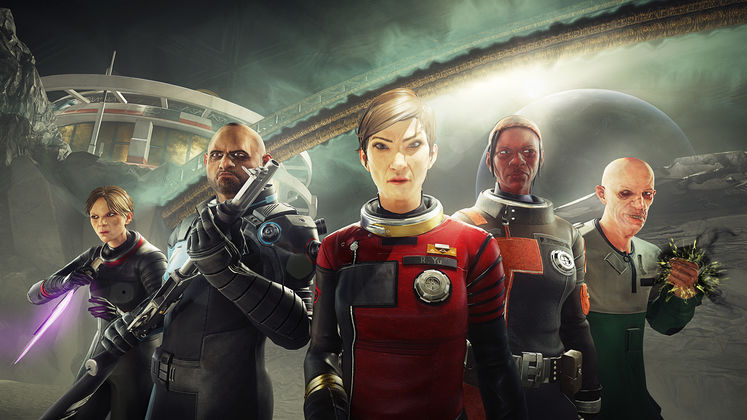 Prey was one of our favourite games of 2017, with Dishonored developer Arkane ably updating the wonderful System Shock with their own neat twists. It was so good we were too busy enjoying it to review it! Whoops. However, some late-game repetition, where players were forced to replay several areas of the game, kept it away from our GOTY awards and stopped the game from being as could as it could’ve been.

Now over a year later, Arkane have released an expansion called Prey: Mooncrash with a whole new location, and… it’s about replaying this area over and over again. Huh. 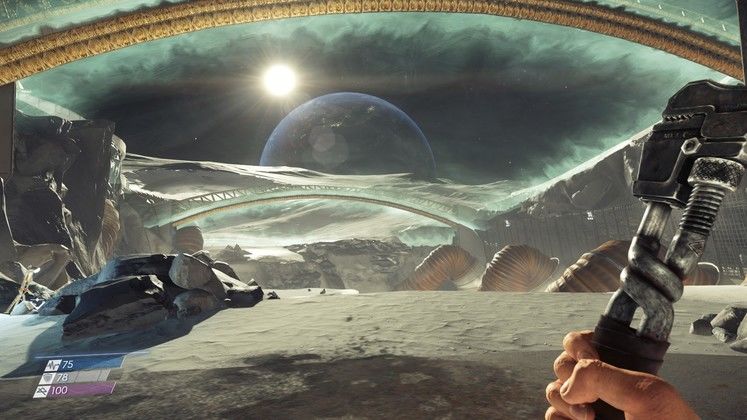 Mooncrash is set shortly after the events of Prey, in a research station on the nearby moon base. In a rather meta series of events, you play a man called Peter who is experiencing the lives of five people on the base via a simulation. In short - in this Prey expansion, you’re playing someone playing Prey.

The game is essentially a rogue-like, although with some twists. You’re essentially replaying the same section of the game over and over again. The locations and items don’t change, but enemies get tougher the more you play, and any unlocked Typhon powers, abilities or research stays with the character. Completing certain actions or killing Typhons gets you points which you can spend on weapons or items the next round. 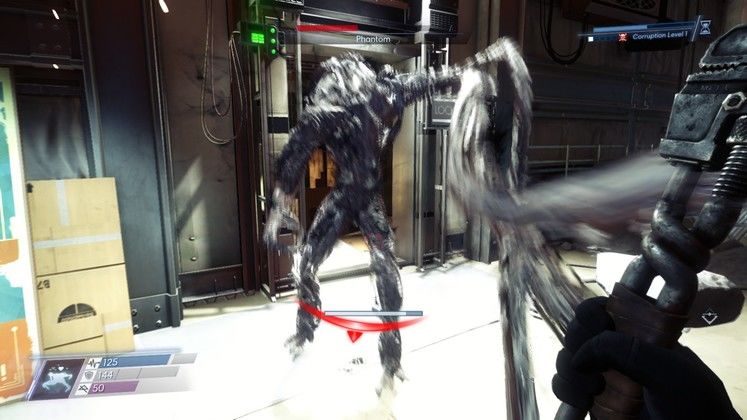 There are five characters to unlock, all with different weapons, powers and abilities. One is weak but has access to a lot of Typhon powers, another starts with a shotgun and has security access, etc. The general goal is to escape, with the overall final goal being to escape with all five characters in a single playthrough. While the game will autosave on exiting, otherwise there is no saving in Mooncrash. If you take too long, not only will enemies get too difficult to take on - the simulation will reset.

There is a lot of challenge and value in Prey: Mooncrash, with five characters to unlock and more than five ways to escape, not to mention a really decent-sized new area to explore. The trouble is, it still boils down to replaying the same area over and over again. The fun of games like Bioshock and Prey, at least for me, is in taking time exploring every location and then moving on. The world is why these games are so entertaining. Forcing us to play through that same bit of world many, many times… that’s torture, not fun. 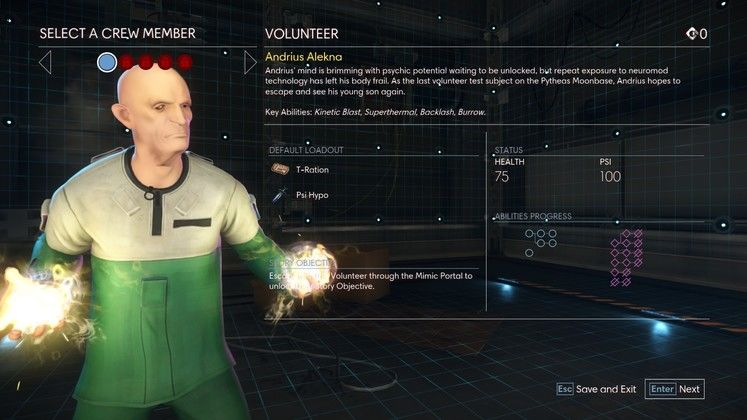 I don’t want to be too harsh on Mooncrash. Undoubtedly a lot of people will enjoy it, and it’s a very different challenge to the main game of Prey. It’s not just exploring, it’s exploring quickly and working out what needs to be done, improving your time, learning where everything you need is, getting everything done - and then restarting to try again. Just unlocking all five characters, and getting their unique story escapes, will take a decent amount of time - and learning enough to get the five survivors out in a single run? That’ll take ages.

Unfortunately, and I’m saying this as a huge fan of Prey, it’s not the kind of challenge I’m interested in. I would’ve been far happier if Arkane had kept the new areas - which are wonderfully designed, with loads of neat secrets, hidden areas, and shortcuts - and just given us missions that would take us over the entire base. Heck, keep the ‘help five survivors escape’ idea and just make it a little more complicated for each, with more to discover. Then maybe the rogue-like part could be unlocked afterward for an extra challenge, or just optional. That would satisfy everyone. 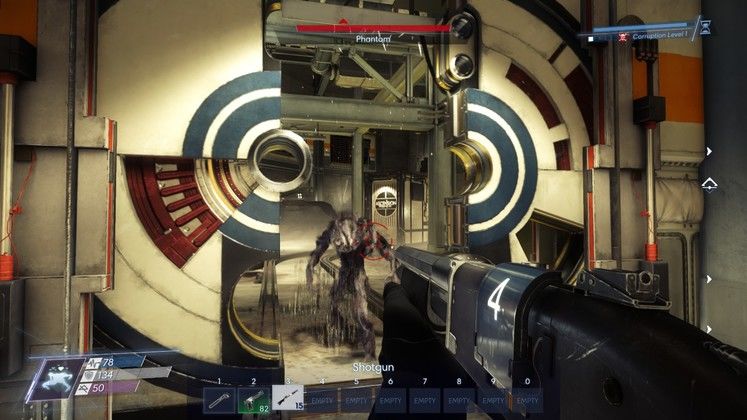 Instead you’ve got me wandering around trying to find a can of coffee drink and some anti-rads, with a ticking clock, and a concussion giving me blurred vision (which also means I can’t install neuromods) and no way to fix it because there are few medical operators in this entire game and I can’t find the correct treatment item. So I’m going to have to restart and do everything I did again because I can’t save - oh, great, my previous route’s now on fire so I can’t use it, so guess it’s the long way round for me. And now I have to find all 10 food items again too. Sigh. Yawn. Uninstall.

Our system is an AMD FX-8300 Six-Core Processor, 16 Gb RAM, Nvidia GTX 1050 Ti 4Gb, and Windows 10 64-Bit, and we had absolutely no problem running Prey in full settings. Obviously if you can run the main game you can run this - we’d probably even say Mooncrash is a little less systems intensive than Prey is, simply because the areas aren’t quite as expansive or detailed. It still looks good mind. 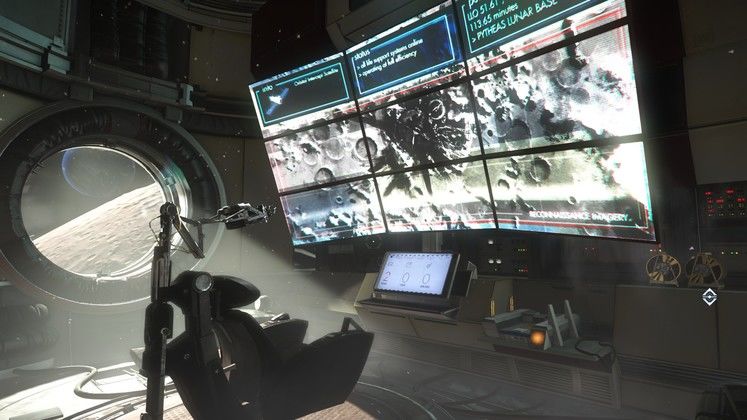 There are a lot of people who will get a kick out of Prey: Mooncrash, and we respect this - and we realise and like that it’s a different type of challenge to the main game. However, we loved Prey and Mooncrash just left us cold.

The new areas are interesting and well designed, and there is definitely a lot to do here - with five different characters to unlock, each with their own abilities and ways to escape - and for anyone who likes the idea of a Prey or Bioshock-style roguelike should definitely pick up Mooncrash, as Arkane have clearly put a lot of effort into making it work.

For us though, and for anyone who thinks exploration of these worlds is the main reason to play games like Bioshock and that Prey was at its worst when it forced you to go back through previous locations - Prey: Mooncrash is hugely disappointing.

Unlocking the security officer and discovering you can spawn in a friendly Mimic to help him, and customise your boy with a top hat or sombrero. 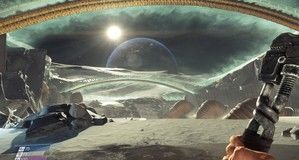