It's a Kickstarter iPhone game ported to PC over a year late! No, don't run away, it's good!

[Disclaimer: Full disclosure, I am a backer of Republique on Kickstarter. I don’t believe this makes me biased towards the project any more than any other game I spend money on, in fact I think if anything it makes me a harsher critic. I’m treating the game like any other game I review, nevertheless if this information matters to you there it is!]

It's a Kickstarter iPhone game ported to PC over a year late! No, don't run away, it's good!

In May 2012, Republique became one of the more high-profile Kickstarter successes in the days immediately post-Double Fine Adventure. Made up of industry veterans behind the likes of Metal Gear Solid, F.E.A.R., Skyrim, Halo and even Kinect, Camouflaj may have only just got past their goal but got a lot of support for their vision of a touchscreen-based AAA stealth title. They also promised a PC release. Well, merely 15 months after Republique Episode 1 released on iOS it’s here! Fortunately there’s a lot of newness to make up for the tardiness.

Set in a dystopian 1984-style community, Republique follows “Pre-Cal” Hope, aka 390-H, as she attempts to escape the Republique through guard and camera-infested corridors. Fortunately she has two friends helping her - a guard named Cooper who feeds her tech info, and you. Yes, you. “You” being someone who’s hacked into the Republique’s camera systems and have contacted Hope via her stolen mobile phone. Even with your help though Hope will need more than luck to get past the Overseer’s Prizrak guard force and get out of the sinister and very Rapture-like city of Metamorphosis. 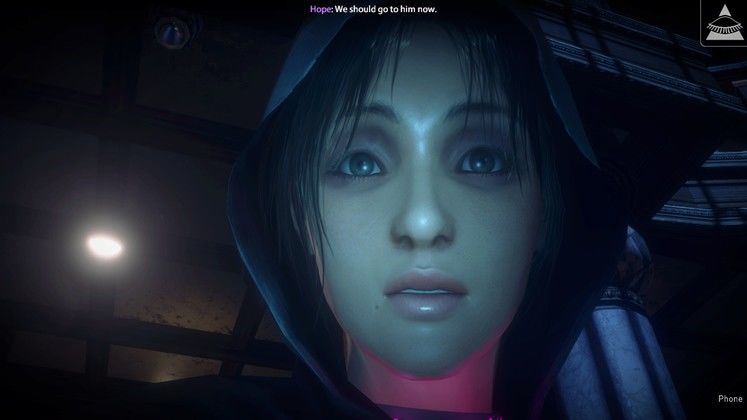 Hope. As in ''you better have some'', because this is going to be one tough journey

The first and most surprising thing about Republique as a stealth game is that the player isn’t in command of the main character, or indeed any character. They’re an outside observer, making this game something of a stealth-strategy hybrid. It’s a compelling one at that, and while a few of the iPhone-style motifs make less sense in the PC port having the game be viewed entirely through Hope’s phone and the extremely prevalent security cameras works just as well on PC. I was worried that Republique would feel out of place on PC, but thankfully that’s not the case. 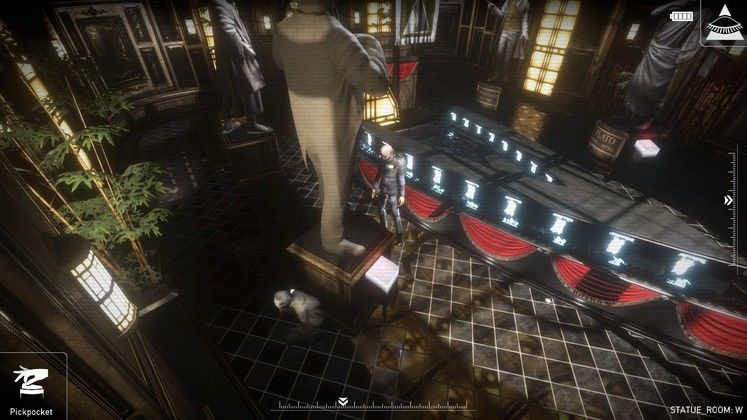 The controls are very straightforward, as they have to be on an exclusively touch-screen system of course, but that doesn’t make them dumb. As mentioned the player doesn’t directly control Hope, instead they click where they want her to go and she moves herself, like a strategy game. Click a wall to have her take cover, and double-click to make her run – although this being a stealth game means running is not really advisable as it creates a lot of noise. Pressing Spacebar pauses the game and pulls up the Security (or “OMNI View”) overlay where lore-based items can be scanned, interactive items like locked doors or computers can be hacked, guards can be messed around with, and you can swap to other cameras. You can’t get too far away from Hope though as your “presence” in Republique is tied to her phone. There are occasional puzzles but otherwise Republique keeps things simple.

The simplicity works pretty well, and furthermore I have played the iOS version of Republique so let me assure you that the PC version works much better. Camera control is better using the WASD keys and precise movement positions are much easier to achieve. Nevertheless Hope’s actual movement can be a pain in the arse. Sometimes it’ll be something silly like getting stuck on scenery or going the longest way possible to a destination. One time though she had to make a perfectly timed exit from a locker to get behind a Prizrak guard, and even though I clearly clicked on the floor behind the guard (check the video review for proof) Hope ran right in front of the bastard and got herself arrested!

Hope has a few non-lethal weapons at her disposal, like a Tazer, Pepper Spray, and later on Gas Mines, but she’s no Sam Fisher or Solid Snake - she’s just a kid, so if things get physical she’ll be easily outmatched. I really like Hope as a protagonist, she feels like a believable human being who wants to rebel and escape but really doesn’t know how. She’s not an all-purpose highly-skilled unstoppable mastermind badass like 90% of gaming leads, male or female. Nevertheless her best defence is the stupidity of the Prizrak, who either occasionally won’t notice her right in front of their faces or will give up looking immediately. 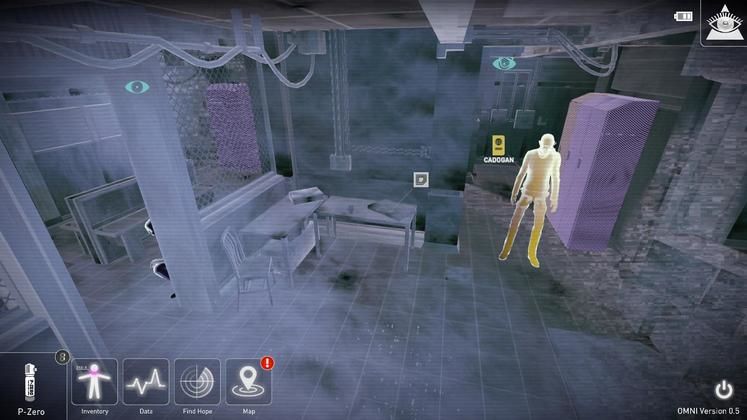 OMNI View! See the world through the eye of a camera!

Still, get caught and not only will the Prizrak slowly escort Hope to a prison cell (you can skip it at least, but only if you notice the subtle button) he’ll also confiscate all your gear. You’ll have to take him on to get it back… which is a lot harder without your gear! Get caught and you’ll go right back to that cell again. It can get very, very frustrating, particularly in Episode 1. Episodes 2 and 3 increase the level size, up the variety, and make the Prizrak a bit more randomized and tougher as you go along. Episode 1 is really just an extended tutorial as far as I’m concerned, with all the interesting locations and story beats happening in 2 and 3. 4 and 5 will come at a later date, supposedly both this year according to Camouflaj.

The biggest beef up from the iOS version is in graphics, which sports the fancy new Unity 5 engine (I believe Republique is the first game released to utilise it). While things never get to Witcher 3 territory things do look pretty, with Hope’s face in particular being very realistically rendered when you see her up close. Music is generally great too, and I have to mention the fan-favourites making up the voice cast including David Hayter (Solid Snake, Metal Gear Solid), Jennifer Hale (Female Shepard, Mass Effect), Dwight Schultz (Reginald Barclay, Star Trek: Next Generation), and Khary Payton (basically everything DC Comics-related that requires a voice actor, like Cyborg in Teen Titans). The sound design and visuals are both of a very high standard, and in terms of feel Republique definitely succeeds as feeling like a AAA game even though it was made on a budget.

I admit that while a few of those control and AI issues knock the score down I generally really enjoyed Republique. It feels fresh and unique, and the way the plot and lore slowly collects over the course of the first three episodes leaves me pining for the next two. The visuals are pretty damn good and the sound design even better, especially the experienced and highly recognisable voice cast, and most importantly it feels like a PC title rather than an iOS port. If you’re looking for a more straightforward stealth experience set in a Bioshock-like world you should definitely consider Republique. Better late than never, I suppose.

The shock ending to episode 1. Or successfully pulling off a crazy evasive manoeuvre. 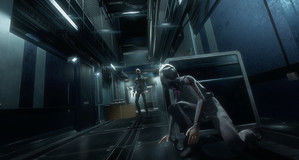