Bedlam Is A Punishing Balancing Act

Bedlam is a rogue-like, turn-based strategy game from developer, Skyshine. Taking place in the far off future, the last remnants of civilized humanity have shut themselves inside the walled city of Bysantine, but resources are running scarce. A wealthy benefactor takes a long shot on sending an expedition on a large machine known as a dozer to find a rumored utopia known as Aztec City. To reach the fabled land, the expedition must survive the long and ravenous roads of the region of Bedlam, which is crawling with warring factions that traded humanity for barbarism. Bedlam has a lot to offer and many secrets to discover, but even the most calculating and resourceful strategists will find that the slightest mistakes can have crippling consequences for their expedition.

Starting the game, you make choices about what route to take through Bedlam. There are resources to consider too. As you travel, you will use crude oil to power your dozer and meat to feed your passengers. You also have crew aside from your passengers to deploy in battle for any trouble coming your way. Finally, you have power cells which are used to upgrade your dozer or utilize tide-turning dozer weapons and equalizers in combat. Power cells are by far the hardest resource to manage. Out of combat, they mean keeping the journey going and keeping your passengers from dying by upgrading the rate at which you use things like food and crude oil. In combat, the abilities that consume power cells can mean swift victory or crushing defeat. It’s a hard choice to make between where to use them, when to stockpile them, and how to use them effectively. 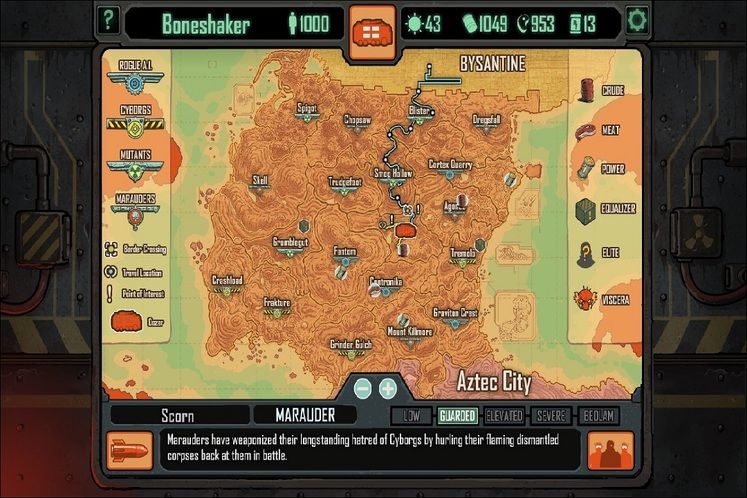 As you travel, time passes and Bedlam's inhabitants becomes aware of you

As you journey, your main routes will be set on specific waypoints usually at a border crossing between territories and in the middle of a territory. There are also special areas of interest to explore at the cost of risking time or misfortune. As you travel, time passes and Bedlam’s inhabitants become more aware of you. A more alert Bedlam means more enemies in each battle. The more time you spend traveling and exploring, the more dangerous your fights will become. At the same time, every waypoint and area of interest will spring an event. These could be anything; an enemy ambush, traders swapping resources, a new crew member, the loss or gain of passengers, etc. Even more interesting is that there are events across the wasteland linked by special items that can unlock even greater secrets, such as new dozers that can then be selected at the start of a new journey. 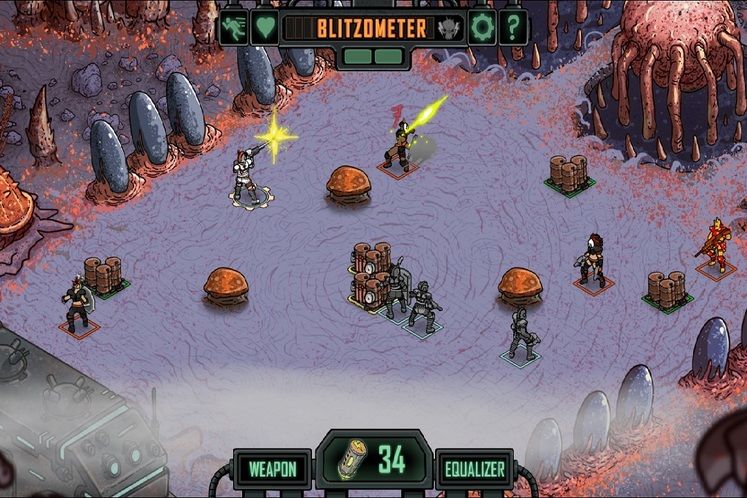 Be aware, if a character dies in a fight, they're dead for good

When you inevitably stumble across people or things in the wasteland that don’t like the idea of your continued existence, then it’s time to swap exploration for armed combat. Each battle starts by assembling a team of up to six crew members, though you gain resource bonuses for using less team members in a skirmish. You’ll choose from four classes to make up your team. Gunslingers are your middle of the road combatants with range, movement, and damage. Trenchers are mobile close-range fighters armed with shot guns that can shove enemies back. Frontliners are melee combatants that boast the most health and mobility. On the flipside, Deadeyes are your snipers, packing the longest range and the highest damage, at the cost of low health and poor mobility. Getting three kills with a character will make them a veteran and every four kills after that will level them up, building their overall damage, health, and utility. Be aware, if a character dies in a fight, they’re dead for good. Losing a veteran dead-eye can be heartbreaking to say the least.

Your enemies use all the same classes you do, but additionally, the factions will determine a combat bonus as well. Mutants all start out at the same low health, but gain health after each turn passed. Cyborgs slowly lose health in favor of stacking damage over turns, while Rogue A.I. can transport over long distances of the map. Finally, marauders can throw an area-of-effect fire bomb that will scorch anyone in range after a turn. When traveling through Bedlam, you might learn to favor one enemy over another for any given reason. I found the mutants to be my favored enemy for the start because of how easy they are to kill in rush tactics, but their growing numbers later in the journey makes them all the more dangerous. Every player will find their own method to dealing with the madness. 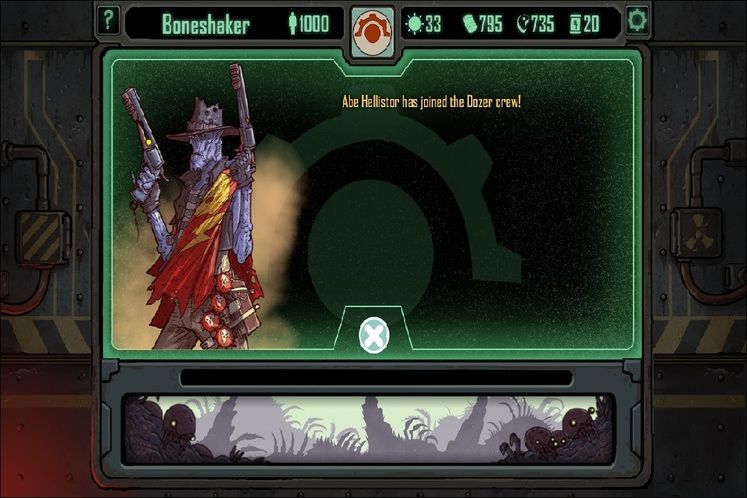 Elites are tough as nails, but gaining them for your crew is paramount to combat survival

Battles work on a system where you and the opponent can perform two actions per turn. Any member of you or your enemy’s forces can be moved at any time during your respective turns. This means looking after and protecting your more high value members at all times while looking to take the most out of your enemy’s forces on each move. A final note of combat is the special elite characters that you’ll find throughout your travels. These are like mini bosses that appear any time the threat level of Bedlam rises. Fighting them is tough and you’re bound to lose a crew member or two, but defeating them brings them into your crew. Each one represents a super powerful version of one of the four classes and ups your odds of victory in combat exponentially. That and they’re just way more interesting and cool than most of the regular crew members.

Bedlam is a pretty amazing balancing act on multiple fronts. It has a feel that fondly reminds me of Oregon Trail, but with more head shots and acid-scorched bones. The game is oppressive and cruel, but it also never completely plays the same. I had over three hundred power cells and a gang of five elites on one play through, where on another I didn’t even make it half way across Bedlam. I wish it were a little more approachable, but the unpredictability hosted alongside its premise and mechanics are a lot of what make it interesting. I look forward to continuing to play around with it casually and unlocking the many secrets I feel this game holds.

In a game this difficult, coming through with enough resources and crew members to finish the journey is a rapturous moment. It’s not easy and takes a fair share of luck, but crossing the final bridge to assured victory is satisfying. 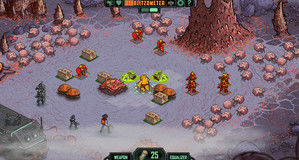