A unique blend of RTS and RPG 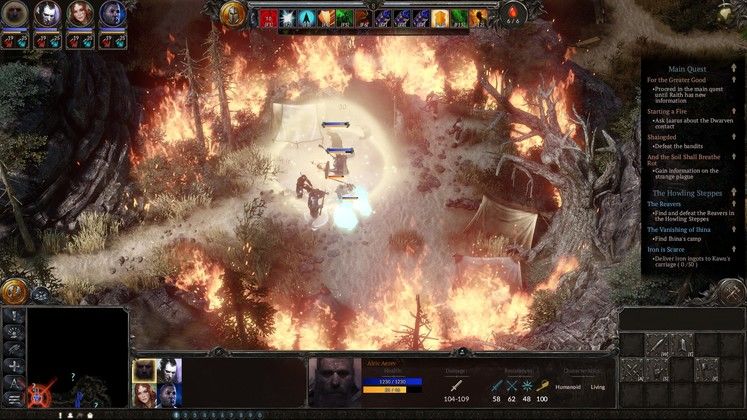 The Purity Wars are over and the world has begun rebuilding by the time SpellForce 3: Soul Harvest puts players in the shoes of Aerev, a former general in Nortander’s army. Stationed away from the events of the Wars, they spent their time dealing with a failure, the full details of which they cannot recall. A summons from the Queen thrusts them into action once more as they set off to uncover another realm-ending threat. Fantasy worlds can’t catch a break, can they?

A stand-alone expansion in the traditional sense, SpellForce 3: Soul Harvest builds on the previous game’s foundation, bringing both enhancements and a bit of streamlining to the table. The series has built its name on its trademark hybridization of role-playing games and real-time strategy, and Soul Harvest continues to capitalize on this aspect with expanded skill trees and a reworked RTS segment. 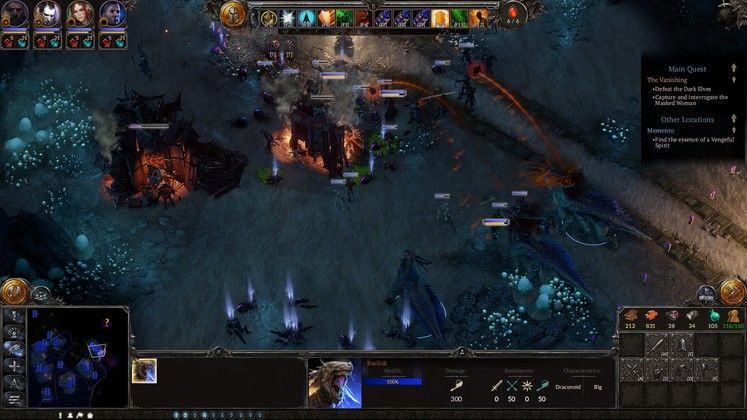 Armies are split into regular units, elite units and powerful heroes that can specialize in up to two of nine disciplines. There’s plenty of potential for all manner of combinations. Our Aerev was a paladin-type hero, focusing on defensive talents with a bit of light magic for healing and buffing allies. While, once chosen, the specializations are set in stone, you’ve free hand regarding how you spend your points. Fancy a necromancer druid? Spread your point distribution across both trees. Prefer being a traditional frost-and-fire mage? Stick to the elementalist tree.

Soul Harvest alternates between party-based missions, where your party explores dungeons and crypts, and those in which you lead armies to clash against each other. Although clearly drawing inspiration from classics, the RTS component is somewhat streamlined. Once you place down a building, workers are automatically assigned to it, performing their duty as long as you’ve enough of them, or resources, in each sector. Each of the playable races –three in the campaign, five in skirmish– has a handful of units but, although their rosters aren’t particularly numerous, they’re enough to set the factions apart. The bulky dwarven axemen contrast the swift, debilitating sword-wielding Sleepers of the Dark Elves, or their more adaptable human counterparts. 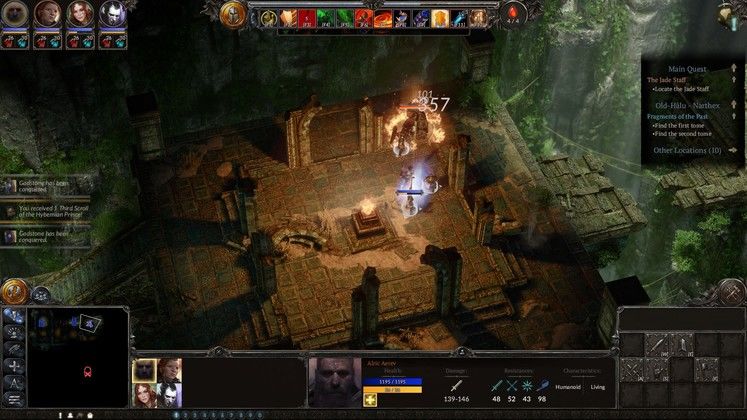 Battles can see a healthy number of units face off against each other, although not without their own sets of caveats. Infantry and cavalry, which usually form an army’s bulk, tend to be fragile, falling rather quickly. When two armies clash, things quickly become chaotic, overwhelming you as you try to micromanage units. This also applies to the heroes and their abilities, stretched across two twelve-slot bars. You’ll lose troops and heroes due to being unable to precision click them in the pile of bodies swinging at each other. Furthermore, unit collision makes it easy for the AI to get stuck in tighter areas or awkwardly push units out of position as it tries to navigate the terrain. It also has a tendency to forget to switch targets after they perform kills, which can become quite aggravating.

And yet, all these issues somehow only amount up to mild frustrations. Beating back a wave of enemies and taking over nearby sectors, or landing an area of effect spell that wipes out several units, feels incredibly satisfying. Being able to change difficulty at any time is also a welcome addition in terms of accessibility. The lower difficulties allow for a more relaxed playthrough while playing on hard and above pit you against an AI that is no stranger to incursions into your territory, forcing you to engage in a tug of war as you battle for map sectors and their resources. 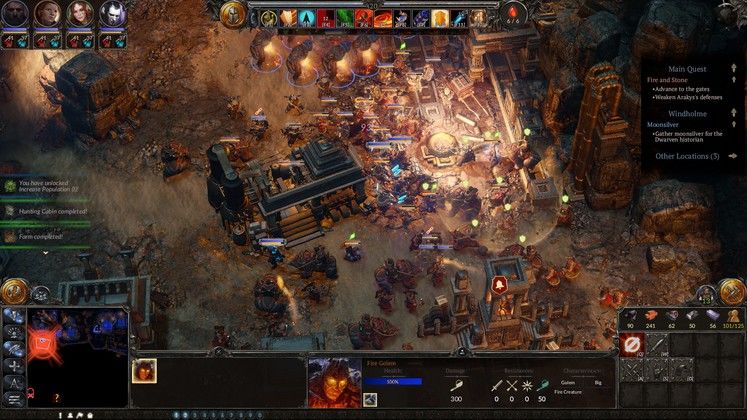 In between missions, you can travel between the hub area of Greyfell fortress and other places in the world. Whether you do it for quests –there’s a sizeable offering of both main and secondary ones– or trade, you’ll get to visit a variety of locations, including the underground homes of Dark Elves and Dwarves, learning more about the races and encountering all manners of NPCs in the process, from condescending necromancers to boisterous blacksmiths. Your companions are also available for a chat and putting some time aside for them reveals a set of interesting individuals, each with their own sets of values and worries. Talking with them and reading the various books and scrolls you find on your journeys pulls you into a fairly fleshed out fantasy world. SpellForce 3: Soul Harvest nails the feeling of discovery when you step into a new area, even with its more rigid structure.

Our system is an Intel i7-8700k, 16GB RAM, Nvidia GTX 1070 4GB and Windows 10 64-Bit, and it had trouble maintaining a stable 60 FPS in SpellForce 3: Soul Harvest on the highest settings. Unless we lowered the settings, the frame rate hovered around the 40 FPS mark, reaching 60 FPS in smaller engagements. Luckily, there were no sudden frame drops or any other performance-related issues to truly hamper the experience.

Whether battling it out in dark caves playing host to fluorescent flora, on barren plains or inside the gold-laden halls of dwarven cities, SpellForce 3: Soul Harvest offers stunning locales worth revisiting for the visual aspect alone. A looker through-and-through, things only get muddled when multiple units are fighting each other which makes selecting individuals particularly tricky.

Building on its predecessor’s mixture of RTS and RPG elements, SpellForce 3: Soul Harvest provides an engaging recipe that we don’t often get nowadays. A stand-alone expansion in the traditional sense, exploring its 20-hour long story campaign means uncovering a plot with significant consequences alongside a handful of charismatic companions. Whether delving into ancient ruins as a party of four or leading armies on the frontlines, Soul Harvest’s unique blend of RTS and RPG is one worth experiencing.

Using a freshly upgraded necromancer spell to suck the literal life out of several enemies at once. 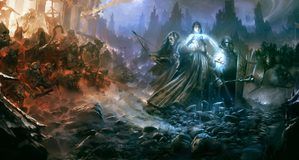