This game has a somewhat steep learning curve, you really have to understand all the myriad capabilities of your ship, as well as your enemy to survive and prosper, but for the dedicated Star Trek fan its well worth it

Space, the final frontier... these are the voyages of the Starship Enterprise.... so opened one of the most famous television shows in history, Star Trek. For years, the only way to play out the battles between the starships featured in that classic show was with paper board games, and among the best of those games was Star Fleet battles. It was only a matter of time before that gem of a game was transformed into a computer game. That game is, of course, Star Fleet Command. This game features tactical combat between starships, up to three ships per side.

The game is a direct descendent of the board game, and many of it's interfaces will be familiar to those who played that game. This system has sometimes been criticized for being to complex, but on the contrary, it's this complexity that makes the game so interesting. The level of detail for this game's ships it quite excellent.

As you open the game, you are offered a number of choices, such as the race you want to play, there are six different races to chose from, and each has its own unique ships and special weapons. You can chose to be the Federation, the Klingon Empire, the Romulan Star Empire, The Gorn Confederation, The Lyran Empire, and the Hydran Kingdom. A seventh race, the Orion pirates will appear in the game as a menace for you to deal with. 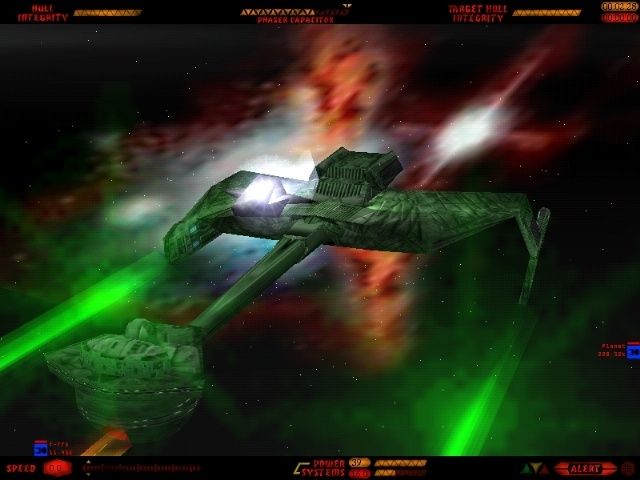 Once you pick your race (Federation is good to begin with), you can select either a duel or a campaign. you can play the tutorials only through the campaign menu. Duels are quick one on one games, good for maybe a few minutes diversion. The game include a "Rank" screen that will keep tract of the tutorials you complete, as well as the game ranks you earn, in addition to medals for special achievement. The tutorials show you, in excellent detail, how to arm your weapons, fire them, how to move, use your tractor beams, your boarding parties, describe Electronic counter measures, and all the other details a starship captain must understand to run their ship properly. Each race's tutorial is slightly different, the Federation tutorial is narrated by actor George Takai, who played Sulu in Star Trek.

Another interesting feature of this game is that each starship display is different depending on the race you choose. There are six totally different displays, that tell you the information you need to know about your ship. These are divided into subscreens that can be called up. The game also fully supports "Hotkeys" to avoid excessive mouse clicking.

Your starship appears as a detailed 3-d model, even though the game is played in two dimensions, and all the ship types are very detailed, and very faithful to the Star Trek movies. The camera angles can be easily changed using the function keys, so you can view head on, from overhead, the enemy's vantage point, or the camera can be locked forward.

Once you have selected your race, made up a name for yourself, your promoted to Lt Commander and given command of your first ship, a frigate. You can chose to play in three different eras, early, middle and late, and the era will determine ship types available, weapons upgrades, and possible refits to your ship. Your now ready to embark on your career as a starship captain.

The campaigns are a series of missions, and how you do in a battle determines your "prestige", a numerical value that can be used as money to buy ship upgrades, better vessels, and added marines, spare parts and transporter mines. Even if you deplete your prestige points completely, they still count towards achieving your next rank. The objective of the campaign is to survive until you reach the highest rank available to your race. 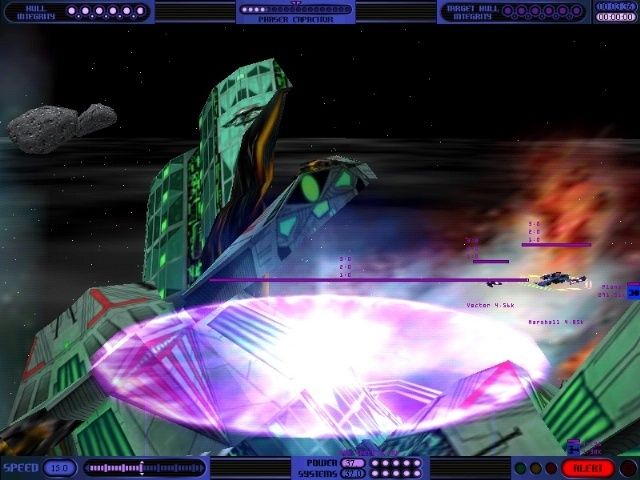 Each mission begins with a briefing of the mission objectives. Depending on where you are in your empire, or in alien space, determines the kind of mission you undertake. You can move about space strategically on a separate screen between missions, as well as refit and repair your ship at a spacedock if your within your own empire. Missions in your own space are usually escorting of freighters, protecting them from the orion pirates. In alien space, you will normally encounter ships of the opposing races, and sometimes space monsters. Other missions require the scanning of planets and asteroids, usually interrupted by hostile aliens.

After you achieve a certain level of points, you will be invited to join your fleet's special forces. This means that you get different, and usually much more difficult missions to undertake, but they make the game far more challenging.

The game's actually battles are lively and colorful. Each heavy weapon has it's own visual and sound effect, and all fleets have phasers, which are high energy focused beam weapons. Your ship and the enemy have energy 'shields" that protect you from damage up to a certain point. Once a shied is knocked down, your ship will start to take damage. The strength of the shielding is shown in two ways, as concentric rings (three being the best shielding) and colors, silver being the most powerful, tapering off to green, yellow, and finally red. When red, the shield is nearing collapse. 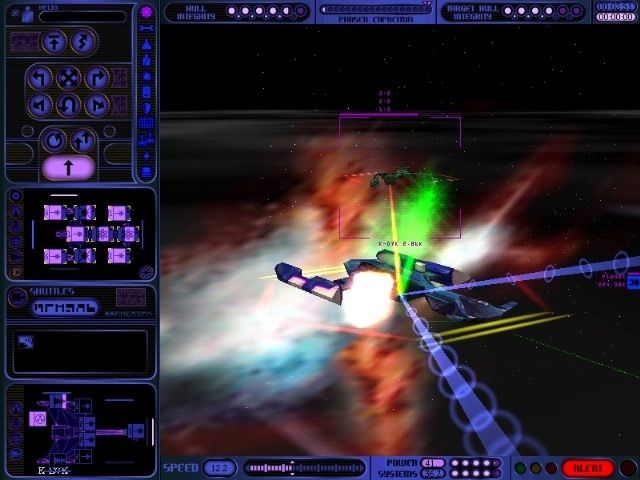 Your ship type has only a limited amount of energy, that must be divided between weapons, defenses, tractors, transporters, shield reinforcement, ecm., eccm, and movement. Many weapons can be overloaded, but that means they must be fired from extremely close range. As your ship takes damage, you suffer a power falloff, which you have the ability to repair in battle if you have enough spare parts to do the job. Different classes of ships carry differing amounts of parts, just as larger ships can carry more marines, transporter bombs, missiles and attack shuttles.

In battle, you will see that the speed of your ship effects its turning ability, as well as its class and size. There are often celestial hazards as well, such as asteroids, black holes, and nebulas, each having a differing effect on your ship's battle effectiveness.

Another facet of the game is that your bridge crew is represented as officers whose experience can have an effect on your maneuver, weapons, science, repair time and barding parties. You can "hire" better officers using prestige points, and who is available is determined by exactly where you are within your empire. The same is true for ship types, the best types are usually only found in your capital. 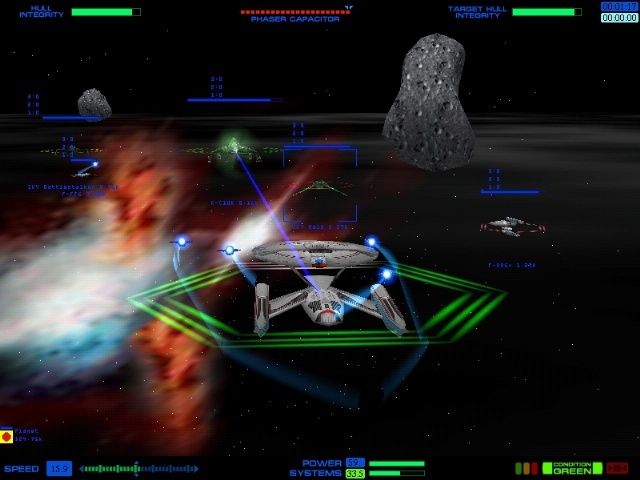 The background music is quite nice, but often stops during battles, but your weapons fire can be heard. When your ship or an enemy ship is damaged severely, it will trail smoke, and if the hull becomes to damaged, the ship will explode. You can also self destruct, but I can't see the advantage to that, since you can leave any battle from a subscreen. You can also disengage on map, as a red boarder signifying the sector is there, crossing it puts your ship into warp, and ends the mission. At that time a mission debriefing appears, critiquing your performance, and awarding (and sometimes subtracting) prestige points.

This game has a somewhat steep learning curve, you really have to understand all the myriad capabilities of your ship, as well as your enemy to survive and prosper, but for the dedicated Star Trek fan its well worth it. Even if you just enjoy a tough battle, this game comes through, and it has excellent multiplayer support as well as many mods. I highly recommend it. 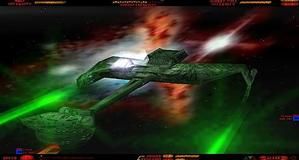