That belongs in a museum! 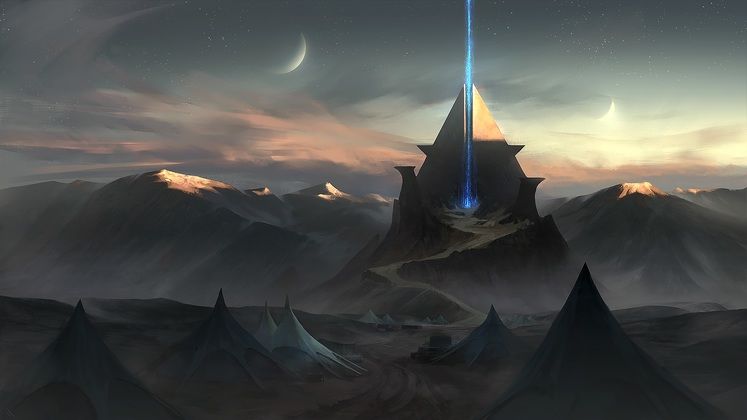 Stellaris seems to have settled into a story pack - expansion - story pack rhythm, interspersing big feature-heavy DLC with smaller, tailored content. After December’s Megacorp, we’re back on the story end of the cycle with the archaeology focused Ancient Relics.

The third story pack to Paradox’ 4X sci-fi game, Ancient Relics is dedicated to expanding the scientific side Stellaris (again). The same pitch was used to sell the Distant Stars story pack, but while that focused on general anomalies, this one is dedicated to planetary scans and the concept of exploring the past. 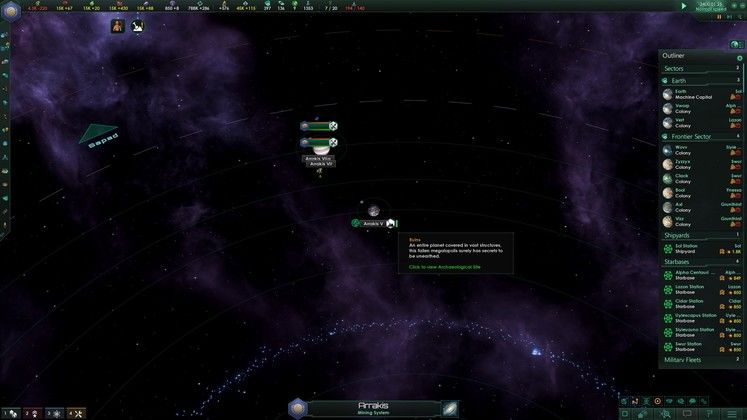 One of the biggest changes added by Ancient Relics is the addition of Excavation Sites – planets identified by science vessels as containing troves of archaeological evidence. These can have a scientist assigned to them, which will oversee various excavations over the course of several months. After each excavation phase is completed, there is a chance of finding important relics or historic discoveries that will advance the expedition to another “chapter”, acting a quest line/progress tree that grants powerful rewards on completion.

These excavations can unveil relics – both minor and major – found in a tab in the Traditions menu. Major relics, like the research focused Omnicodex or the 40K’s Emperor-like navigational booster Extradimensional Warlock, offer passive boosts and active ones called “Triumphs” (for some reason), which can be triggered one at a time for a special bonus lasting several years. Minor relics, meanwhile, are a currency-like item that can be used for a variety of purposes, from establishing planetary rules or special abilities to selling them to private collectors for resources and empire boosts. 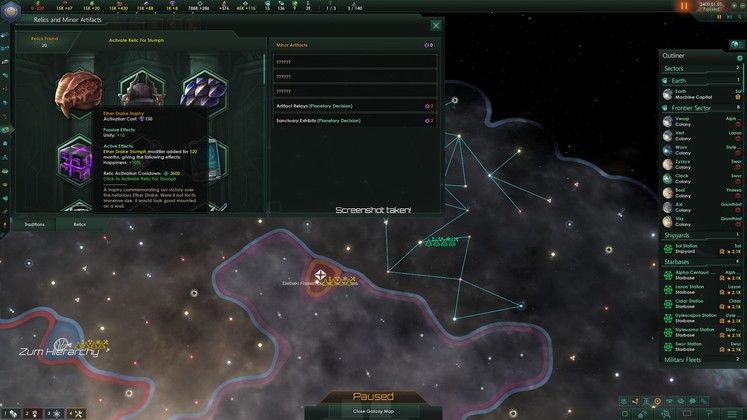 The relics themselves are quite interesting and varied, though they require a lot of work to attain and can be almost limiting in their long cooldown/active timer. However, they are interestingly tied into general gameplay, acknowledging player action and even synergising with past DLC – the Ether Drake trophy, for example, can be acquired by defeating one of the creatures added in the Leviathans’ story pack way back in 2016.

The interesting thing about Ancient Relics is that there isn’t much to talk about it, in concept. It is a relatively simple idea – add archaeology to the game by expanding scientific discoveries – which ends up paying a surprising amount of dividends. I approached the DLC very unimpressed, as the scope of it is decidedly minor and murky, but ended up impressed; the additions are spread out throughout the game and take a very long time to coalesce, which ends up acting as an engaging extra pillar of gameplay that stays relevant for a very long time. 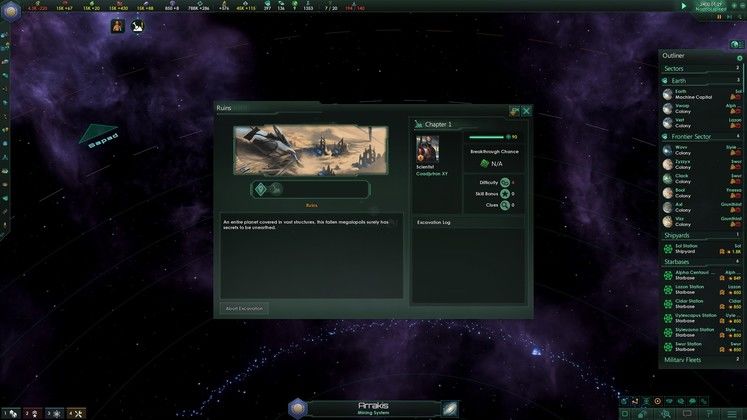 As an awesome extra, the DLC also brings four new pieces of music: “Abyss” (which acts as the new main menu theme and sounds remarkably similar in structure to Ezio’s Theme from Assassin’s Creed II) and “Among the Ruins” – both of which feature a lovely use of strings that differs from the base game’s synthesizer-prone score – alongside “Finding Sanctuary” and “Our Heritage”, slightly less impressive compositions that are still full of gravitas, thanks to the heavy use of keys. Given the length of Stellaris games, the new tracks are definitely welcome.

In the end, Ancient Relics is a good minor DLC I honestly expected to not be impressed by, but slightly am. It may not be worth full price – we all know Paradox is milking that cow for as much as they can, so maybe wait for a sale – but it’s definitely worth getting at some point if you regularly play the sci-fi game. Now let’s hope their next expansion allows you to properly create and manage sectors and finally fix the goddamn diplomacy, and Stellaris will be set for a while.

A surprisingly good minor DLC which effects can be felt throughout almost a whole campaign.

Completing the excavation of a “Hell” planet 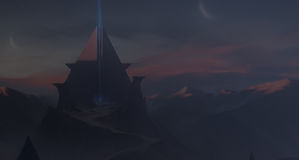