Somewhere Beyond The Sea 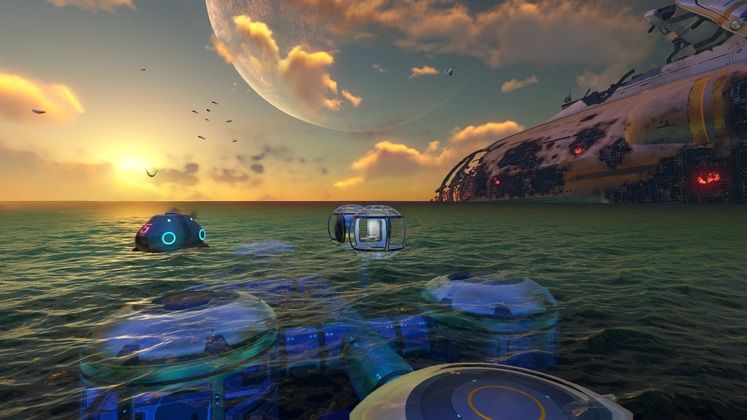 There are very few games in the world like Subnautica. A fantastic survival title, a polished and beautiful indie game, a terrifying and charming experience -- Subnautica is a game of opposites, a paradox amongst a sea of straightforward and similar products. There is nothing quite liked it, from the moment you eject in a escape pod from the doomed spaceship in orbit to the first time you dip your toes into the ocean, bustling marine sea life passing by. As you submerge your head under the waves, it slowly sinks in that this beautiful and vibrant subaquatic world may also be your grave. 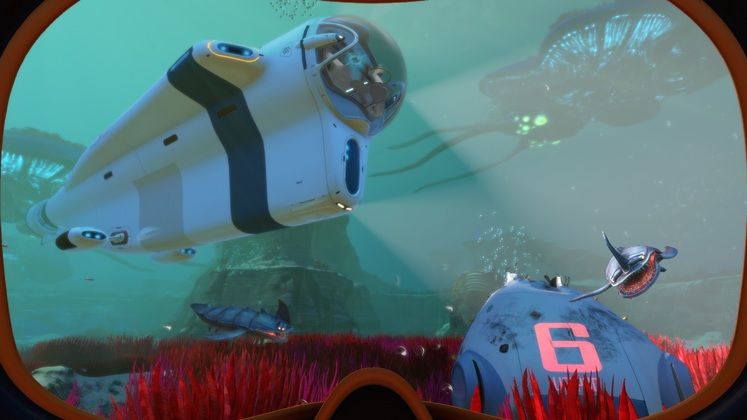 Subnautica’s home to several game modes of varying survivalness, from the permadeath Hardcore to the unlimited Creative mode. The core gameplay revolves around Survival, where hunger and thirst are a constant worry, as is oxygen. Alone on an alien world, you rely on your Emergency PDA and sci-fi equipment to survive, gathering resources from the sea bed, fauna, and flora to make sure you get to see the next day. It soon becomes clear that you’ll not be able to just sit in the floating escape pod waiting for your rescue, and you set out to explore the planet and build bases underwater.

This construction mode is one of Subnautica’s many strengths, providing a robust and intuitive toolset that allows you to build seabases however and wherever you want to. Corridors, observatories, scanners, and even moon pools can be constructed, adding a wonderful degree of creativity to this underwater title. Due to environmental factors, seabases can develop a leak due to damage or water pressure, flooding entire sections and forcing you to either plug them or close bulkheads to save the structure. 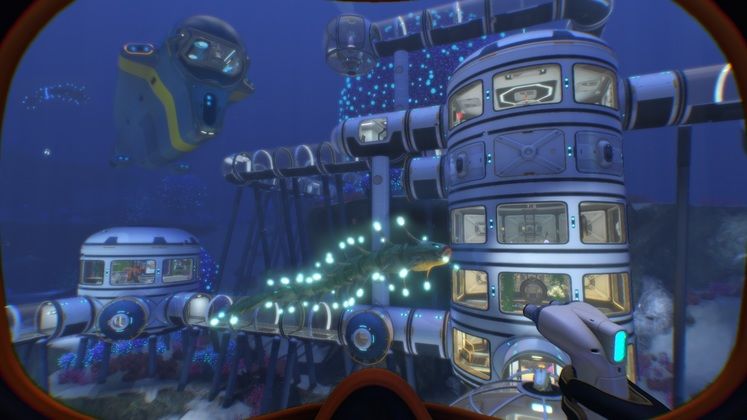 The interior part of seabases is equally developed, including everything from beds and chairs to nuclear reactors and aquariums, all tied together by a consistent and attractive futuristic design. This “Apple in space” motif spreads even to vehicles, present in the form of two submarines -- the small bubble-shaped Seamoth and the massive Cyclops -- and a heavily armoured exosuit called “Prawn”. Along with the Seaglide diver propulsion vehicle, this gear allows you to search for resources scattered around the several breathtaking submarine biomes.

But don’t be fooled -- though incredibly beautiful, Subnautica is a terrifying experience. There are dozens of species populating the waters, and most of them want to kill. Some of them want to eat you, but mostly they just really want to kill you. Some are small and opportunistic, like the harassing alligator-like Stalkers, while others are gigantic colossal beasts like the Reaper Leviathan, whose weirdly malicious grim will make you hate the ashen bastards with all of your soul (and probably afraid to step into a beach for years to come). Some of the creatures have mouths bigger than your whole body and most cannot be killed, creating a very interesting exchange where your only option is to flee or hide. You are no space marine, able to rip enemy’s throats with your bare hands -- you are just an item on the food chain, and oh, boy, you are quite low on that one. 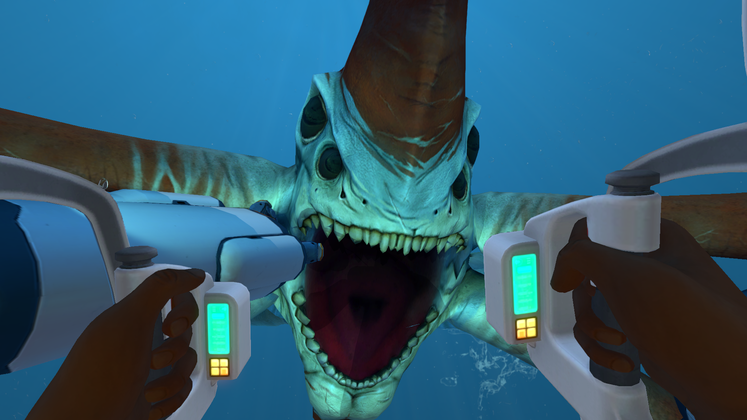 But what truly makes Subnautica special, however, is how polished everything is. Animations and interfaces are sleek and intuitive, respectively immersing and facilitating player interaction with the game world. The Cyclops interface, especially, is sublime, diegetically merging operational actions while never removing the player’s focus from the game itself. It reminds me of Dead Space, in a way, and how that franchise so perfectly blended immersion with gameplay. It is something most games lack, and serves to elevate the title heads and shoulders above its brethren.

Similarly, Subnautica potentially has the best visual and audio direction I’ve ever seen in an indie game -- and in fact, most AAA ones. Biomes, creatures, tools, and architecture are all creative and distinct, managing to be both gorgeous and unique at the same time. The vibrant graphics and realistic fluid system deliver truly amazing underwater vistas which are brought alive by the extremely accomplished sound design. Be it a vehicle’s engine or a creature’s roar, Subnautica’s world really comes alive on your ears. Add to it a great soundtrack, some really good voice acting, and a fantastic use of silence in all the right places, and the end result is an entrancing and heart-pounding experience. 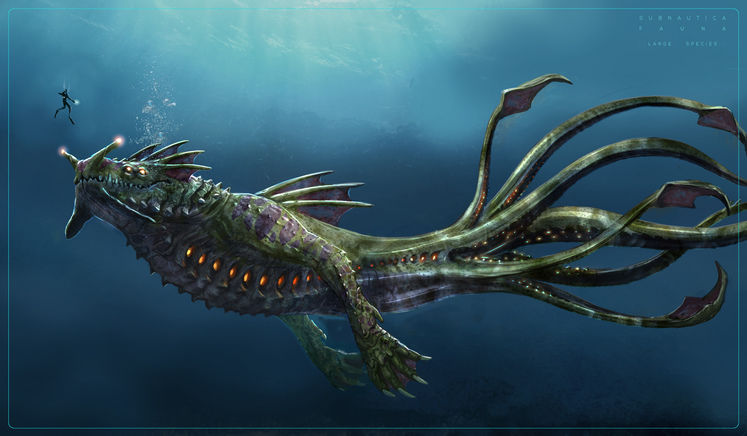 It’s a good thing I’m a Gryffindor, or we wouldn’t have a review. The game’s surprisingly good storyline forces you into exploring more and more of the world, and as the charming and musical Safe Shallows are replaced with the unnerving silence of the deep blue, Subnautica will test you. Survival and exploration are equally exhilarating and petrifying, as sound and music disappears and all that’s left is the frightening and impenetrable shadows surrounding you. As you look down into the depths below and see only darkness, you never know what may be down there, coming for you as you hopelessly beat your little feet to stay afloat. When you stare down into the abyss, the abyss stares back at you.

The best survival game ever released, and an indie game that goes toe to toe with AAA titles out there.

Too many to count, but taking the Cyclops for a maiden voyage and witnessing a passing group of giant whale-like Reefbacks was brilliant. 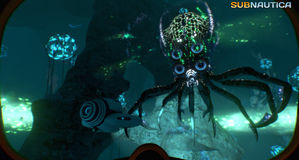