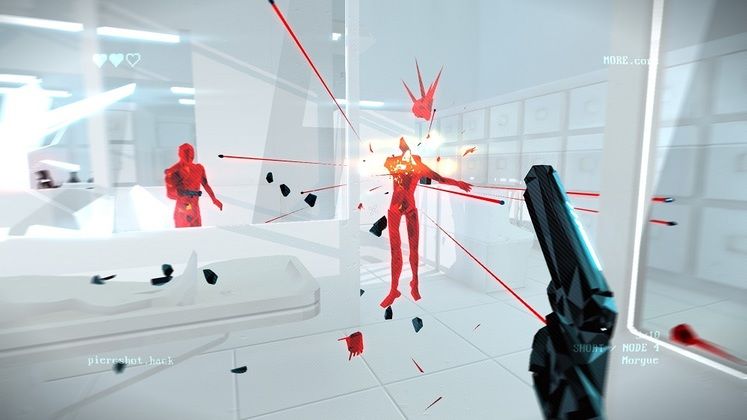 In Superhot: Mind Control Delete, time moves only when you move. That’s the core rule upon which the standalone expansion to 2016’s first-person shooter sprinkles rogue-lite elements. Each level unceremoniously drops you into immaculate white levels where you must shoot, punch, slash or puncture enough red, glassy opponents while making sure you stick to at least one of your lives. Completing these intense encounters wins you a moment of respite in the game’s overworld. Resembling a retro PC interface, its strings of white lines create paths connecting different types of nodes that house new runs, abilities, more dangerous opponents, endless modes, and cryptic chunks of text that build the narrative.

The abilities you unlock are split into two types: core powers and hacks. Superhot: Mind Control Delete features four core powers, one of which can be chosen at the start of each run and ends up defining your playstyle to a certain degree. One lets you begin runs with three lives instead of just two, while another makes it possible to call your thrown katana back to your hand, as if by using the Force. The remaining two give you the option of swapping bodies with enemies or charging them from afar, guaranteeing an instant kill and unhindered movement through bullets that might otherwise hurt you.

At specific points in between a run’s levels, you’ll be given a choice between two random hacks that help further define your build. They offer bonuses like greatly reducing the delay between shots with ranged weapons, instantly reloading them when you score a kill or making bullets ricochet towards enemies when they hit a wall. Others, ensure you can’t take damage from up close or start each level with a weapon in your hands, rather than just your slightly less lethal fists. You can’t rely on the “right” hacks appearing when you need them and, while this pushes you towards relying on deflecting or ricocheting bullets to survive, it can also bring a swift end to your runs, in true rogue-lite fashion. 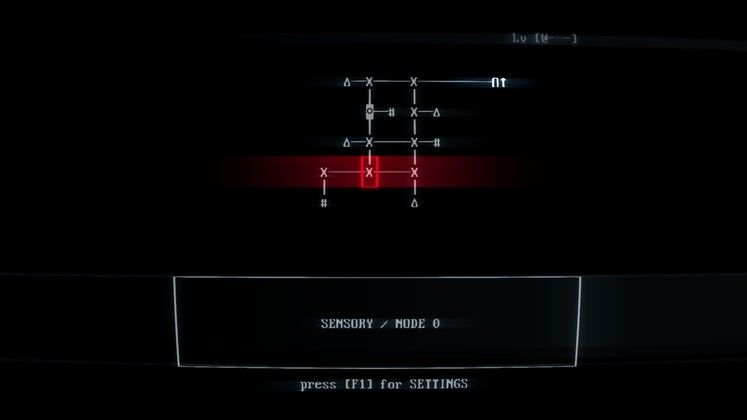 You’ll constantly face endless streams of opponents and, to complete a level, you’ll need to kill a fixed number of them. Superhot: Mind Control Delete’s core gameplay loop not only allows for chaining together multiple stylish kills but also rewards paying attention and learning its many subtleties. For example, you can use enemies with spikes protruding from their bodies to get rid of their peers, as bullets fly out of them in random directions when killed. You can skillfully avoid incoming bullets by performing very small movements around them or by hitting them with the katana at the right time, which deflects them right back at attackers. Bullets can shatter other bullets in mid-air and, if you’re in a real bind, a thrown weapon can be used as a makeshift shield at the cost of it also being shattered. 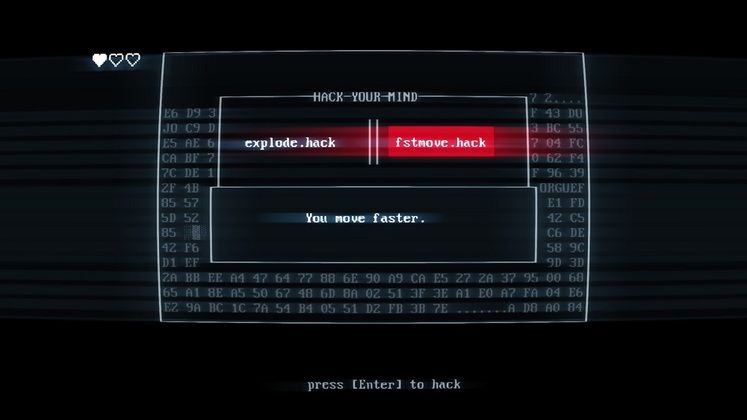 The more you play, the more you turn certain behaviors into habits. Throwing empty weapons towards foes to have them drop their loaded guns, only for you to grab them in mid-air and put them to good use against another opponents that sneaks up from behind is just one of a myriad of possibilities. You also quickly learn how many bullets each gun can hold or how many hits a weapon can take before you need to look for different ways of dealing damage and intuitively plan your way through levels around these needs.

Superhot: Mind Control Delete makes use of procedural generation on multiple layers. While the structure of each area in the overworld is set in stone, each combat node loads a different sequence of levels you must get through every time you die or start anew. While, from what we can tell, their layouts remain identical, the starting positions of both players and AI opponents get shuffled every time. You also can’t rely on the dude with the katana to always pop out from the same door and at a set point. Certain hacks only appear if you choose their associated core power at the start of a run. Picking Charge is the only way to have a chance at getting hacks that make punches more lethal and let you chain multiple charge attacks. Similarly, picking Hotswitch is the only way to get the hack that improves it by letting you keep weapons after jumping into a new body. 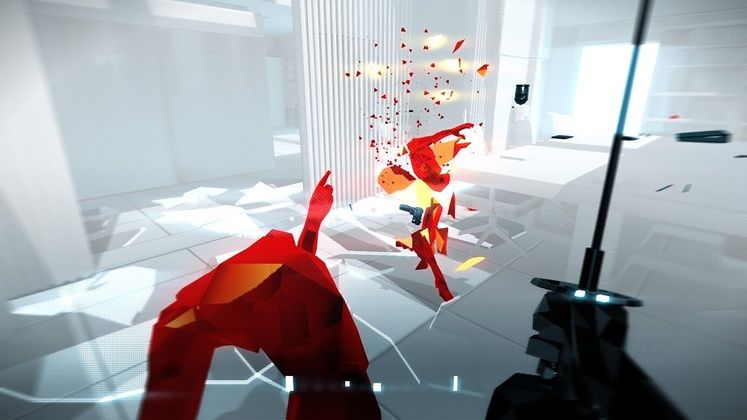 This gives Superhot: Mind Control Delete an improvisational focus that requires players to adapt to all its random elements. One level might put you in a position where you can easily dispatch a foe, pick up their weapon to kill another, then run to a walled-off portion that lets you comfortably manipulate the remaining enemies into simple weapon dispensers that come at you one at a time. Other situations might require you to jump right in the middle of enemies and pray to Neo as you tiptoe around each bullet on the way to the nearest throwable object, unless you can use the Hotswitch ability to steal the body of an enemy controlling a comfortable vantage point.

For the most part, the procedural generation does a good job of carrying Superhot: Mind Control Delete over the 10+ hours it takes to beat its campaign and fiddle a bit with its infinite modes. That being said, it still has some issues of its own. While the ever-growing hack library constantly adds new ways to approach killing the required number of enemies, the small size of the levels means you’ll often find yourself starting in the same spot. This becomes a bit tiresome. On the flip side, there were moments in which the initial spawn placed us too close to one or more enemies, which resulted in the instant loss of a life. Some of the runs also feature a longer string of levels and having to restart them from the beginning upon death – regardless if it’s your lack of attention or unfair enemy placement that killed you – can usher in frustration. 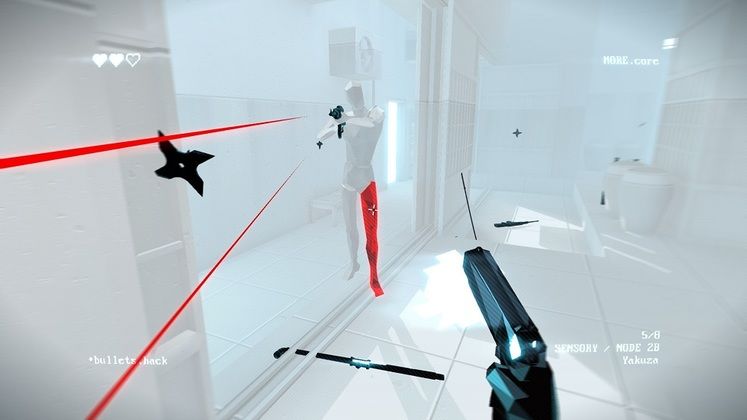 The story takes a backseat, being told through Hash nodes that offer cryptic text and special levels that flash words on your screen as you progress. Superhot: Mind Control Delete tackles the themes of control and escape, and there’s enough to piece together for anyone curious, even if it very much remains secondary to the excellent shooting.

Superhot’s minimalistic art style does wonders to elevate its gameplay. Its precise color coding helps you easily detect where danger comes from and how you can deal with it. White indicates invulnerability; when various enemies encountered later on trade their red bodies for predominantly white ones with just a small vulnerable opening on their arm or leg, the difficulty of fights increases. Black objects can be picked up, fired, thrown, or deflected and you’ll often find yourself looking around to see where your next potential weapon waits. Whatever’s red is out to kill you and must be shot.

The visuals also play a role in worldbuilding, enforcing the feeling of a foreign space you’re simultaneously trapped in but also have mastered, in some capacity. Lastly, seeing the shattered red glass of what were once threatening opponents contrasted against a sea of white shelves, stairs and walls is simply pretty. All these elements manage to give Superhot a visual identity of its own that makes it easily stand out from the crowd.

Initially intended as a DLC for the base game, Superhot: Mind Control Delete grew well beyond that scope into a full-fledged standalone expansion. If you own the original Superhot on Steam or purchase it while Mind Control Delete is still in Early Access, you’ll get the expansion for free when it fully releases on July 16. Should you want to jump in now, or miss the window to purchase the original, you can buy Superhot: Mind Control Delete on Steam. Additionally, you’ll also find Superhot and Superhot VR on the Humble Store. If you purchase anything through these links, GameWatcher may get a small percentage of commission, so thank you for supporting us.

Superhot: Mind Control Delete’s focus on improvisation and rogue-lite elements excellently complement its “time moves only when you move” core gameplay loop and distinctive aesthetic, making it a first-person shooter that fans of the genre shouldn’t miss.

Finishing a longer run with just one life remaining by precisely landing a headshot on a moving enemy from afar as multiple bullets were headed towards us. 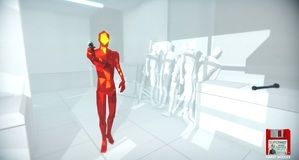