Superhot is fresh, exciting, and original. Its core mechanic is wholly unique, yet its single-sentence explanation - ”time only moves when you move” - is so intuitive and easy to understand that it’s astounding no other game has tackled bullet time in quite the same way. I’d call it innovative, but that word is such a cliche that it seems hollow and inappropriate to apply it here.

Two of the best hours you’ll ever spend with a game.

Each level puts you in the center of a mostly unexplained Hollywood action scene. You’re in a bar as the bartender pulls a shotgun from behind the counter. In an elevator as men pull pistols on you. In a parking lot as a car tries to run you down.

Time moves at a fractional pace as you stand still, quickening in analog degrees as you start to move. You can zigzag between incoming bullets. Enemies appear in set intervals at set locations, and every environment has a very particular supply of potential weapons. While Superhot is a first-person game in which you can wield guns, it’s not a shooter so much as it is a puzzle game. 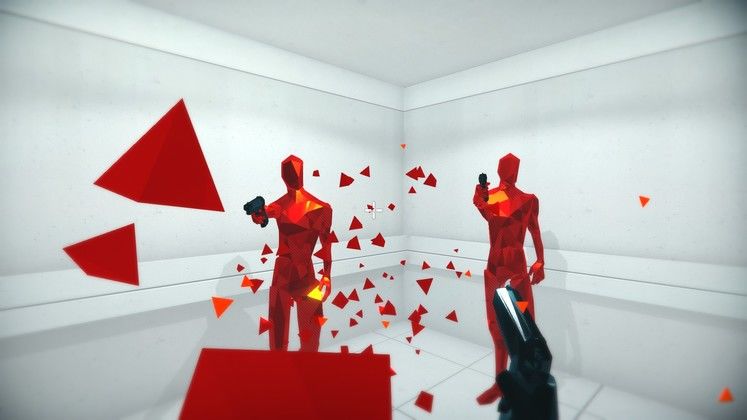 Every possible action has benefits and consequences. Reaching down to pick up an object will advance time for a second, and during that interval the room could fill with bullets. Firing a pistol is how you’ll take down most enemies, but the half-second of recoil means that you need to know where you’re going to move immediately after taking the shot. Advancing toward a gunman puts you in ever more danger, but it’s the only way to disarm him.

It takes three punches to kill an enemy, which take up an eternity in this slow-motion world, but a single punch will disarm him, sending the weapon flying into the air. Punch, grab the pistol, and boom headshot. Then there’s another bad guy threatening, and another, and another, each one their own little miniature puzzle to solve.

Along the way, there are hints of the action film plot driving these scenes. “It was a setup.” But the story of Superhot is the story of someone playing Superhot. Literally, the game opens with a chatroom where a friend sends you a file called ‘superhot.exe.’ The narrative that threads the levels together is a bizarre, very meta tone piece. I don’t want to speak on particulars, as that’s part of the fun, so I’ll just say that I enjoyed it a great deal and that it consistently subverted the hackneyed plot of other fourth wall-breaking games. 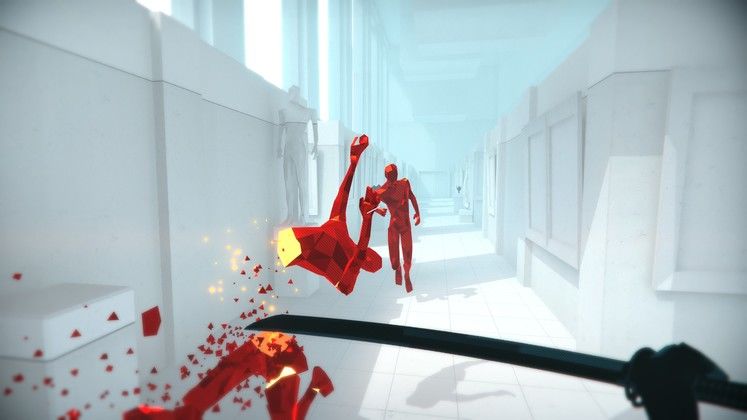 The katana is the secret best weapon in the game

As you may have heard, however, that story is only two hours long. It’s a wonderful, exciting, original two hours, but there’s no denying that it’s a short experience. Superhot is filled with bonus features, from ASCII screensavers to a shockingly entertaining minigame starring a lumberjack called Tree Dude. Additionally, after completing the story, tons of endless and challenge modes unlock.

The game encourages a lot of replay, and does a solid job at it. The nature of the enemies and your abilities means that endless mode is essentially a series of procedurally-generated puzzles, and challenges like speedrun modes and katana-only runs change the way you have to tackle the levels. After every level, you can see a replay of your run in real time, which you can quickly select a clip from and send to the terrifically-named website, Killstagram.

The bonus features are good, but they’re not as great as that core experience. The tremendous variety of levels in the story and the quick cuts between them mean that you’re constantly having to completely shift your thinking to tackle new problems. And, again, this core, the not-just-good-but-excellent part of the game, is shorter than most movies. 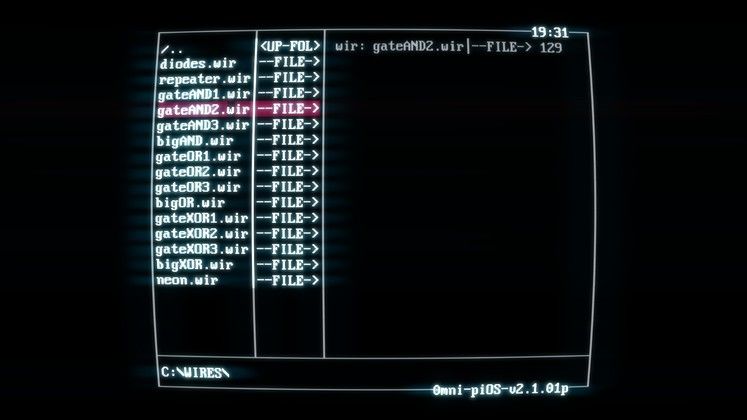 All the menus are built in a faux text-based OS

I dislike talking about price in a review, because the cost of games is constantly shifting and any given amount of money means vastly different things to different people. Superhot released at $25, and that’s nearly double what we usually expect two hour game experiences to cost. And, to be clear, this review isn’t based on a publisher-provided review copy. I spent $25 on it, played it for fun, and then decided to write this.

I’m confident in saying that Superhot is absolutely worth spending two hours on and, in fact, is among the best two hours any game can provide right now. Whether or not it’s worth $25 is a matter of how you value your time versus your money. I absolutely, unequivocally recommend playing Superhot, though for me, the quality of a game always trumps the length of a game. But if you’re in a position where you find it tough to justify $25 on two hours of entertainment, you’ll probably want to wait.

Price and player expectations do matter, and that’s forcing me to temper my praise just a bit. Superhot is a game with truly excellent, original mechanics and a core experience that is constantly doing exciting things without wasting a second of your time. If price weren’t a factor it would easily get a 9.0 or even higher.

The elevator level. You, trapped, with three pistol-wielding bad guys. There are dozens of paths you could take, but only a select few will be successful, and once you move there’s no turning back. 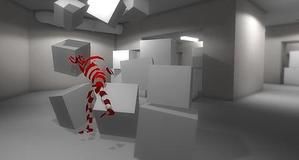