If there’s one company as an adventure game fan you shouldn’t underestimate, it’s WadjetEye. The Blackwell series are some of the best adventures around but their published original titles are always intelligent and highly playable. Technobabylon, published by WadjetEye and developed by Technocrat Games, is therefore an adventure I was looking forward to. Technocrat’s last game was of course the unfortunately titled Nancy the Happy Hooker and the Perfidious Petrol Station, so let’s hope their new game gets them enough street-cred to stop people mentioning that. It’s the year 2087. The internet has evolved into the virtual cyberspace called Trance, an AI called Central runs the city of Newton, and a terrorist called the Mindjacker is killing people and blowing up buildings. The CEL police force’s Charlie Regis and Max Lao are on the case, but things are about to spiral out of control in ways that’ll tear the future apart. Exciting, no?

The story is, frankly, wonderful. It’s clever, it’s mature, it’s full of neat twists and turns that I didn’t see coming, and it really throws them at you so there’s a twist in the story every chapter. Only a confident storyteller can pull this all off well and have it succeed, so I guess Technocrat are pretty damn confident. I was certainly gripped from beginning to end. What works even better is the future world Technocrat have created. It’s important to make this believable, and the idea of a VR internet that people get addicted to, an AI government, printable clothing etc all feel possible to me. I think Technocrat went to town a little too much on the world map, but they sell their weird future well. It’s funny that Japan’s the only country that’s been left alone, though. 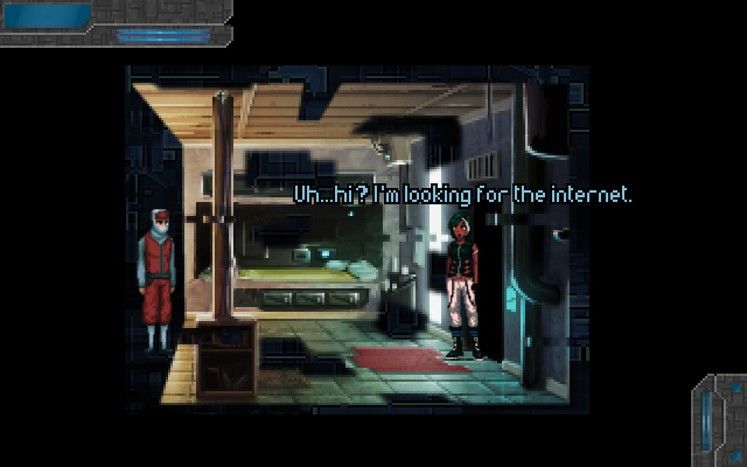 It’s the characters though that sell the story. There are several playable characters throughout the game that you change between depending on the story, and it always makes things more interesting. It’s a shame you can’t change between them at will and have them affect each other Day of the Tentacle-style, but it works better narratively this way as it allows for those aforementioned twists to pop up convincingly. And the characters are all great. Charlie Regis is a bit of a luddite and isn’t over the death of his wife. Max Lao is younger and cooler, worried for her partner, and is a bit naive in the ways of corruption. Finally Latha “Mandala” Sesame is a Trance addict being forced to properly confront the real world for the first time as her own grubby world crashes down around her. They all have interesting parts to play and a lot of surprises about their past for the player to find out.

One thing that WadjetEye and all the games under their publishing label seem to be good at are intelligent, sensible puzzles. No “combine the rubber skin with the open manhole to create a trampoline” in Gemini Rue, no sir. Technobabylon mostly upholds this tradition, and if it strays than at least it’s entertaining. Can’t get past an electronically locked door for example? Phone the Central operating system and get them to hack it open - it controls everything, after all. These puzzles are further enhanced by Latha’s ability to enter Trance and hack within a virtual Matrix-like world. There are still game-y oddities however - adding a magnet to a fishing rod to retrieve a gun from a blood-filled jacuzzi for example, but at least that felt like one I might actually do given the circumstances. Lighting a dark space with a luminous fish on the other hand stretched the believability a bit, as I’m pretty sure even Regis’ old phone would have a torch on it. 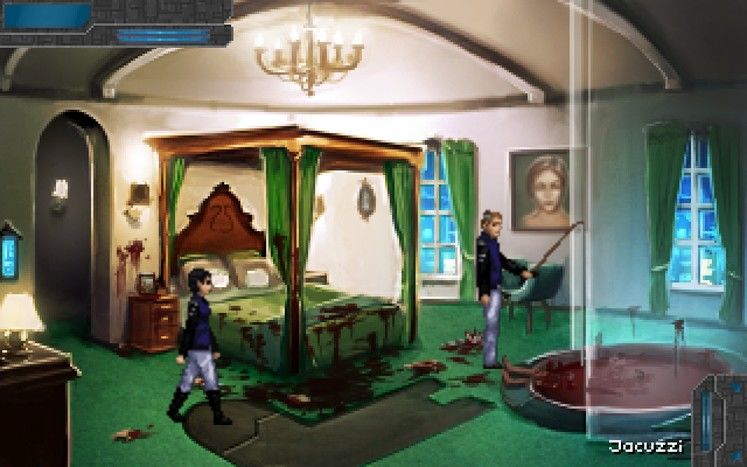 It's like Junior Angler, only with more body parts.

What’s even neater is that there are occasionally multiple ways of solving puzzles. Another early door-opening puzzle can see Regis attempt to phone up the manager and persuade him to give you the code, but if that doesn’t work you can ask Lao for help and she’ll shoot the thing. I think there are only a few of these throughout Technobabylon but there are enough to both impress me and make the sting of getting stuck a lot easier by making me think “well that way doesn’t work, let’s try something outside the box”. There’s actually three ways to get into the Trance bar, for example. There’s even multiple endings.

While the voice acting is pretty good, as is the obligatory Blade Runner-esque soundtrack, the graphics deserve a mention. The Adventure Game Studio engine has been pushed to its limits with the excellent pixel art, but I’m afraid it’s time we WadjetEye fans staged an intervention - c’mon guys, we realise keeping things cheap is how you can afford to make all these quality adventure games, but it’s 2015. At least bump up the resolution or increase the amount of pixels to 1997 levels of quality! The walking and talking animations alone wouldn’t look out of place in Maniac Mansion or one of the early King’s Quests, and that should be the hint that the AGS engine is waving a little white flag about now. I give Telltale hell for sticking with the same aging engine every game, but at least their graphics tech is on the right side of this century. I orgasm to think of how good Technobabylon would look if Technocrat had Daedalic’s 2D engine to play with, but more importantly it’s regularly hard to find important items on the screen, especially without an object highlighter function.

Technobabylon is one of the best adventures WadjetEye have ever published, and that’s saying something. While the last two Blackwell games beat it by having slightly smarter and more realistic puzzles, Technobabylon still does them well and almost edges ahead by occasionally having multiple solutions. The story is smart, funny and intelligent, all the characters feel relatable despite being in a future world, and that world is well thought out and believable. I won’t blame Technobabylon for the developer’s choice of graphics engine, but sometimes it’s hard to see important things and that makes the pixel art less compelling and more frustrating. There’s a reason why the term “pixel-hunting” exists. Nevertheless, Technobabylon is a superb adventure game that you really should be playing right now. Go on, put The Witcher 3 down a moment and try it, you won’t regret it.

Any trip to Trance, like the Game Simulators. Winners don’t use drugs. 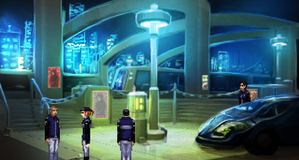 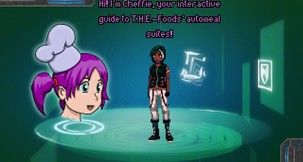