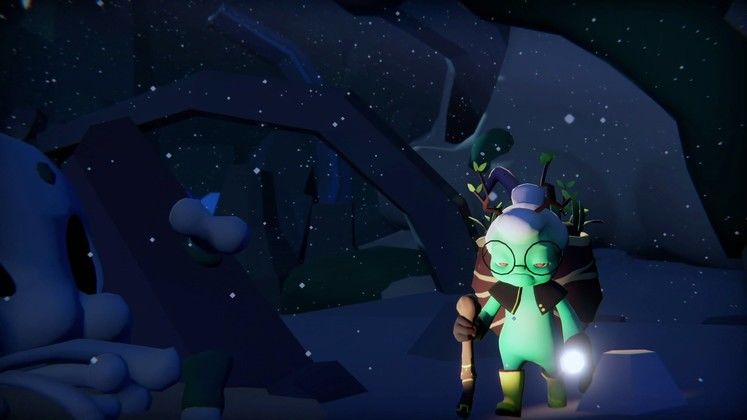 When you live in the United States, you don’t often hear about game grants or government assistance in the media. Yet, games from other countries have been made possible through such funds. One of the most noticeable examples is Untitled Goose Game, which was supported by Australia’s Film Victoria. Today’s game was also made possible by government support (Canada in this case), with help from Ontario Creates and the Canada Media Fund. That might not necessarily matter in the context of Terrorarium, but it’s important to know that these government grants are a good thing that let games be made that couldn’t exist otherwise. Even as today’s game is incredibly flawed. 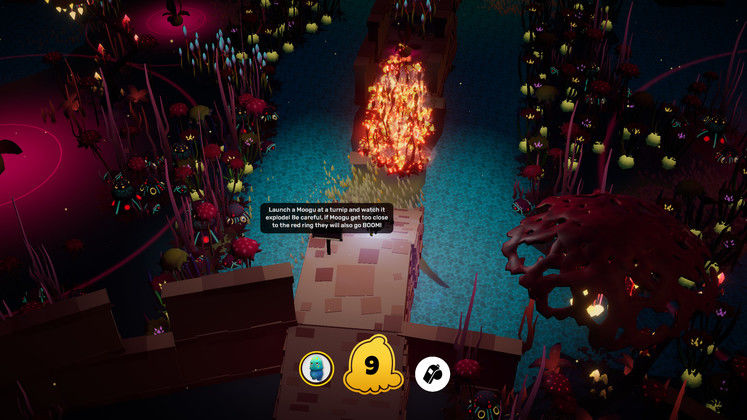 Terrorarium’s story is about an old alien lady known as The Gardener. Frequently winning 2nd place instead of the blue ribbon she deserves, she has decided to win first place by doing what we all would in her shoes: cheating. Using an invasive species known as the Moguu, she will do whatever she can to beat the competition and make the best Terrorarium in the universe. Pikmin would be Terrorarium’s closest approximation, but Terrorarium is decidedly more straightforward.

Both games involve a protagonist that leads their adorable minions (sometimes to their death), except the implications of that design are front and center. There’s a disdain for the moogu, pests that are useful but not cherished. It’s a fun inversion, having a cutesy Grandma sending little creatures to their death. There is an underlying hypocrisy to the game. After all, you need to escort these Moogus and prevent them from dying until you need them dead to finish the level. It’s funny in concept, but the problems emerge from this idea when you actually play.

Toss a Moguu to Your Flesh Eating Plants

The goal of every level is to lead your Moogus to a flesh-eating plant so it can eat your minions. If you can grab the fruit and stay alive, you win. Making that difficult is that practically everything in the level wants to kill you or your Moogus. Some Moogus you can have include the slimy Gooey Moguus that can trap monsters, the strong Thick Moguus that can act as weights, and the fiery Spicy Moguus that can burn flora. Each one has their benefits and later levels allow you to swap between them when you find certain powerups.

It’s not the worst idea for a puzzle game, but actually playing it is exhausting. Since you’re leading Moguus to their deaths, each level is basically a glorified escort mission as you throw them, lead them, and kill them. I’m usually a patient gamer, but it was hard for me to soldier through. The main thought during my time with Terrorarium wasn’t “How can I get past this monster?” or “Do I have enough Moguus?”. Instead, it was “I want to play something else”. 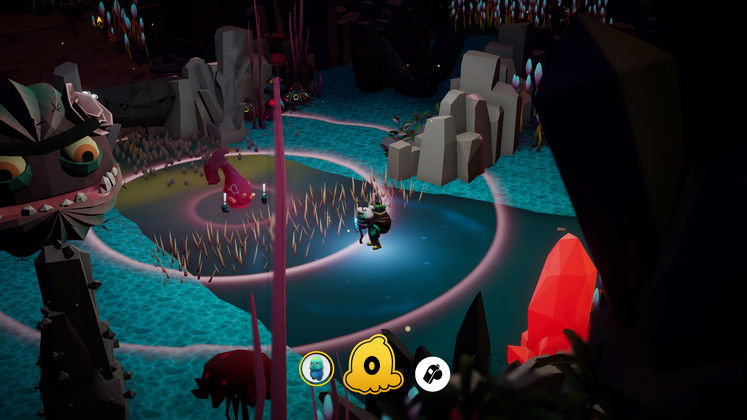 It’s not often a game makes me rage quit. I was so close to the end of a level multiple times, but I was trapped and forced to reset it twice thanks to how Moogus and other monsters move. It’s not fun, and I was distracting myself rather than playing the game. That’s never a good sign. It’s not that puzzles themselves are difficult. After all, the solution is generally straightforward. Instead, the problem is how easy it is for both you and Moogus to die. That isn’t to say a weak protagonist can’t lead to a good game, but deaths here feel unearned.

The way to finish a level is usually clear, but it will take a couple retries thanks to the fragility of everyone involved. This is made worse by the general lack of polish. It can feel uncertain, and there will be moments when death is unexpected. That uncertainty is added to the monsters you face. One playthrough might have a monster stop when an obstacle blocks them, another playthrough on the same map can have them charge through it. It’s possible to soldier on, but it’s never worthwhile. 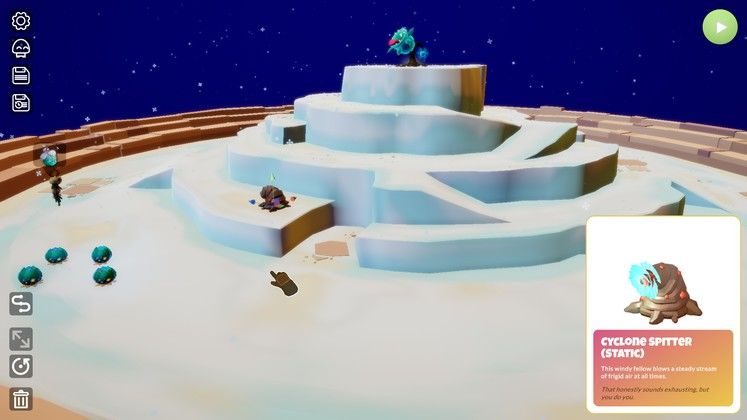 Alongside the game is the map editor, which is the main reason for the game existing. So much so that it came out before the campaign. It’s pretty in-depth, and Terrorarium comes with community levels made from the game’s level creator. I respect that, it’s a neat way to showcase the hard work of map makers. However, it’s a map maker for a system that’s not fun to begin with. There’s someone who will have fun building these puzzles and sharing them. I’m not one of them, and it’s a hard sell if the concept doesn’t intrigue you.

Where to Buy Terrorarium

Terrorarium is now available for purchase on Steam in Early Access for £19.49/$24.99 and will be officially released on July 28th. The current build comes with Maker Mode, whilst the campaign will be playable once it leaves Early Access.

While Terrorarium comes with a delightful morbidness and some style, it’s not engaging to play. Escorting the Moguus loses its luster fast and becomes frustrating. There’s a repelling quality to the game that can’t be saved by its comedy or art. Terrarium feels more akin to a tool, something to introduce game students to puzzle design. Maybe it works fine for someone who wants to learn design, but I can’t stand playing the game itself beyond ten minutes at a time. In theory, it’s a wacky puzzle. In practice, it’s an unfun slog.

There’s some fun from chucking those lil Moguus around, I guess… 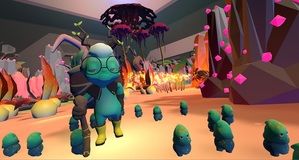