With gaming incorporating more and more elements from film and television, I find it curious that the idea of an interactive horror anthology wasn’t tackled sooner. It seems like audience participation is a natural fit for scary yarns with rotating casts and varied storylines, which is exactly what Supermassive Games had in mind while developing The Dark Pictures Anthology. Man of Medan, the first of these unique titles, may not have been as successful as its big-budget predecessor Until Dawn, but the anthology now continues with Little Hope, which looks like a technical and narrative upgrade for the series.

Like the previous games, Little Hope is presented as an interactive horror movie (complete with anamorphic widescreen), with players taking control of a group of ill-fated characters on some form of spooky adventure. Most of the actual gameplay is relegated to exploring creepy environments, choosing from different conversation options and taking part in quick-time events, with the rest of the experience basically consisting of personalized cut-scenes.

This narrative-first approach may not be for everyone, but there’s an undeniable charm to Supermassive’s choose-your-own-adventure formula, and it keeps getting more compelling with each new game. This time around, the story is centered on a group of college students and their Professor who get caught up in a bus accident during a detour through the town of Little Hope. Trapped by a seemingly supernatural fog and stalked by eerie doppelgangers and figures from the town’s past, players must confront Little Hope’s dark history if they are to survive this terrible night.

While the premise mixes elements from The Blair Witch Project, The Witch and even Silent Hill into a mystery fit for a late-night episode of The Twilight Zone, the use of 3 different timelines and believable characters (brought to life via motion-capture by actors like Will Poulter and Caitlyn Sponheimer) keep things from feeling like a rehash. Little Hope itself also feels like an additional fleshed-out character, with the town slowly unveiling its dark secrets as players explore its empty streets. 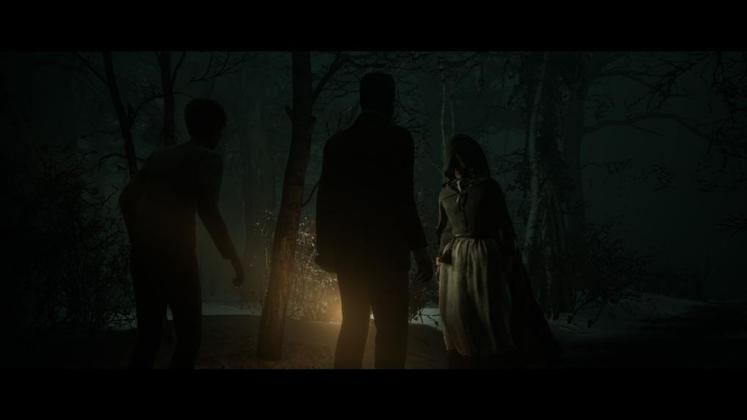 Exploration has actually been streamlined in this second installment of the anthology, with tweaked movement controls and less emphasis on open environments to get lost in (though I kind of wish the developers would have gone with proper survival-horror tank controls, as navigating enclosed areas can be a bit of a pain with the ever-changing camera angles). The tightly-constructed action sequences and conversations keep things interesting, but it’s clear that the game was designed with multiplayer in mind, ditching the drawn-out exploration segments so players can pass the controller around without anyone getting bored.

Even so, Little hope is a bit of a slow burn, as most of your decisions will seem inconsequential during the first half of the game, with the experience feeling like a regular horror movie before things finally pick up and your actions begin to have drastic consequences. Fortunately, the writing and performances are top-notch (with the exception of one or two wonky lines), so it’s easy to become invested in these characters even before the monsters and witch trials take things up a notch. 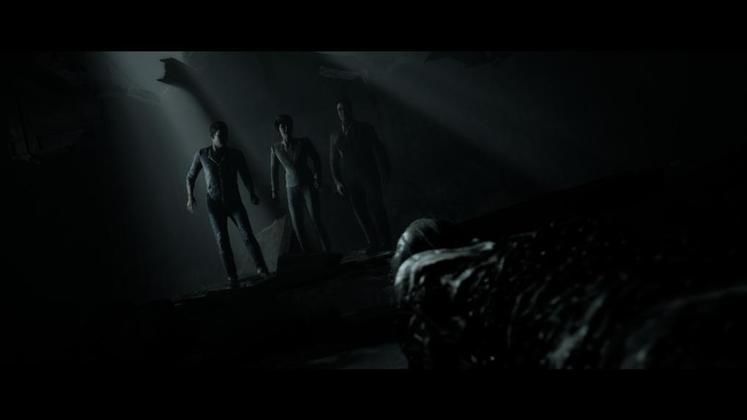 Unfortunately, a lot of the scares lose their impact due to a formulaic story structure that always lets you know in advance when you’re about to be spooked. Most of the game consists of characters exploring certain locations in the abandoned town before being transported to another time via a predictable jump-scare, and then being chased by a monster when they return to their own timeline. It makes sense within the story and characters even comment on it, but the overall tension still suffers from this predictability.

That’s not to say that this isn’t a fun or frightening game, as it still boasts incredible production value, with gorgeous (not to mention nightmarish) visuals and a truly compelling main mystery. It’s just that the script could have used one final draft before moving into development, which also applies to the rather abrupt ending. While there are several possible conclusions, they all rely on one plot twist that feels like it could have come straight out of an M. Night Shyamalan flick, which may not satisfy everyone.

The Dark Pictures Anthology still lives in the shadow of Until Dawn, which remains the superior title, but Little Hope is certainly a step forward for Supermassive Games and a guaranteed good time for folks in need of atmospheric Halloween thrills. It may be a familiar cocktail, but the game remixes things well enough that it ends up with a distinctive taste, though your appreciation of the experience will largely depend on what you think of the finale.

Managing to reach the end with only a single casualty without accepting any hints from the Curator. 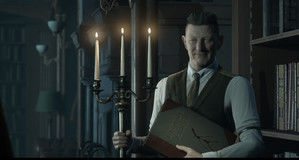