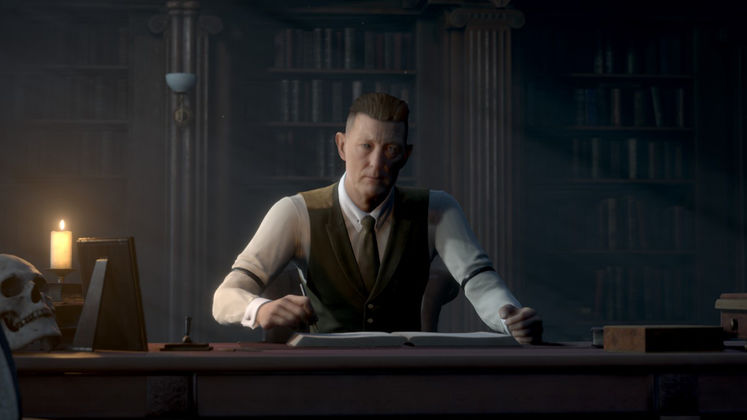 Man of Medan is the spiritual successor to PS4 exclusive horror adventure Until Dawn from the same team at Supermassive, with three main differences: it’s multiplatform, it’s got multiplayer, and it’s the first part of a Twilight Zone-style anthology series called The Dark Pictures.

We’ve played through the story to the end credits, tried a bit of co-op, and the series has enormous promise - but Man of Medan is also not without its faults, particularly on PC. As horror adventures go, it’s a lot of scary fun, and it can be fantastic with more than one person. Let’s go explore this ghost ship… OR IS IT?! 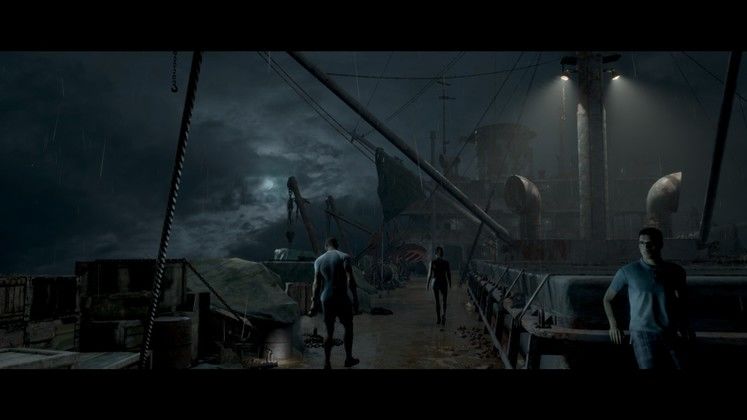 Man of Medan tells the tale of a group of friends going out for a diving holiday, but after one of their group pisses of a bunch of local fishermen they find themselves in a kidnapping scenario - which takes a turn for the supernatural when they run into the abandoned freighter Medan. Friends and kidnappers alike soon discover that the ship isn’t quite as abandoned as they’d like it to be…

The catch with this is that it’s all part of a tale spun as part of The Dark Pictures, which is told by a mysterious storyteller called The Curator. This guy is probably the best part of the game, and I’m happy that he’s the one thing that’s coming back. He’s equally supportive and condescending, offers cryptic hints, congratulates you for not getting everyone killed (OR DID YOU?), and is just a lot of fun - plus, he makes it very clear that he knows the general points of the story, but you’re the one filling in the details. 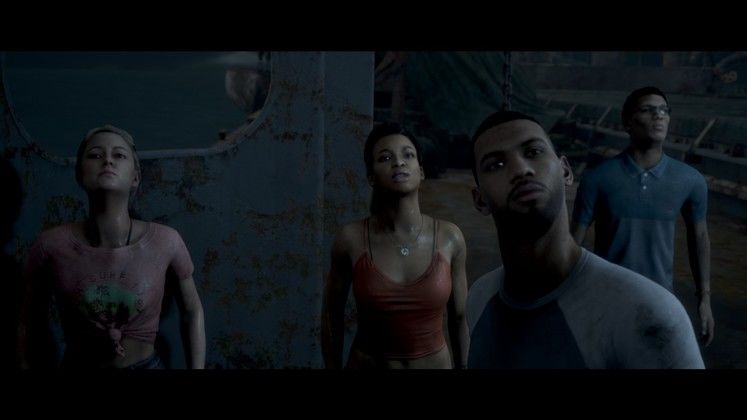 If you’ve played games like Until Dawn, Heavy Rain, or The Walking Dead, you’ll have a general idea what to expect from Man of Medan - heavily story and characters focused, with gameplay all about QTEs and making decisions. Perhaps with the exception of Until Dawn, Man of Medan is far more branching with its storytelling than any of those games - characters can literally live or die depending on your choices, and there are many different outcomes.

Those choices can be a little annoying admittedly, occasionally feeling like one of those Choose Your Own Adventure books where there’s one random right answer and a dozen wrong ones - although the game does a good job of not punishing you for every wrong decision. Worst case scenario is a character will die, but beyond that the worst that’ll happen is you miss out on a bit of lore. While a single solo playthrough of Man of Medan can last around 5 hours, you’ll immediately know you missed out on a lot of stuff. Replay is essential - especially as the story can seem more than a little rushed the first time. If you like playing games once and then moving on, you’ll probably be unsatisfied by Man of Medan. 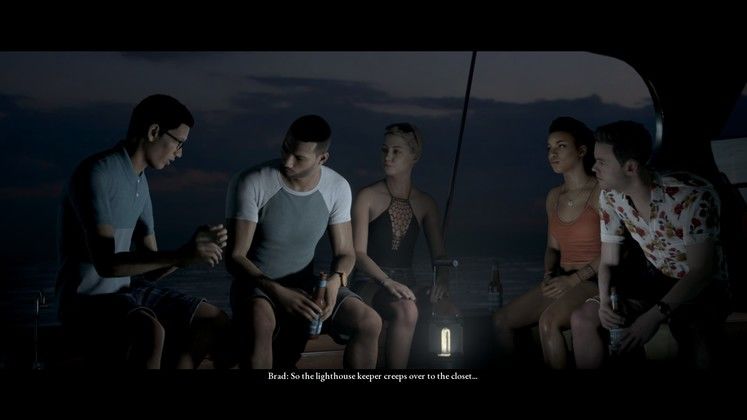 You’re expected to pretty much explore every single location in detail to find secrets, hints about the fate of the crew, the truth behind the ship, and more. However, there will be plenty of times where you won’t be allowed to explore much, or you’ll get pulled away - so you have to make these moments count. I’ve never played a game quite as tense as Man of Medan - and that’s before the scares start happening. Man of Medan is a really scary, jump out of your seat-esque horror title - so make sure you realize that before you go in!

And it’s even better in multiplayer. A reasonably canny player on their own will be able to get through Man of Medan without any casualties, but in groups of 2-4? All bets go out the window. Two-player co-op in particular can be done without voice chat, and if you don’t know what the other player is doing - and how they’re managing the other characters - you have absolutely what to expect. It’s really quite glorious, and if you can play Man of Medan this way, do so - first time! 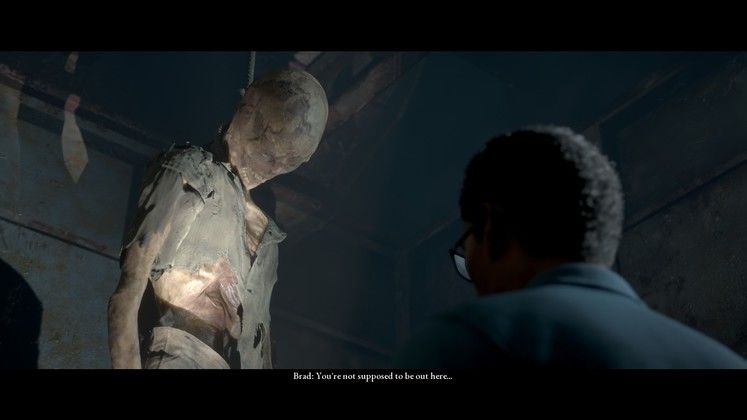 MINIMUM: RECOMMENDED: Our system is an AMD FX-8300 Six-Core Processor, 16 Gb RAM, Nvidia GTX 1050 Ti 4Gb, and Windows 10 64-Bit, and it served us well aboard the freighter Medan. The game looks pretty gorgeous too, with some fantastic facial animation in particular - and when things get spooky, things get very atmospheric. It’s probably the best-looking horror game around.

If I had one major problem with Man of Medan it was a technical one - the game’s controls. I don’t know if a Windows 10 update was at fault, but suddenly I became unable to use my Xbox gamepad to make dialogue choices - which is a lot of the game. I had to settle for mouse and keyboard, which isn’t the optimal way to play Man of Medan.

There are bugs, too. Sometimes characters would get stuck in random areas, camera angles could instantly change and holding the same movement button could see you walking back the way you came (that old Resident Evil fixed-camera problem), and often the game just wouldn’t let me interact with highlighted objects unless I was in precisely the right spot. 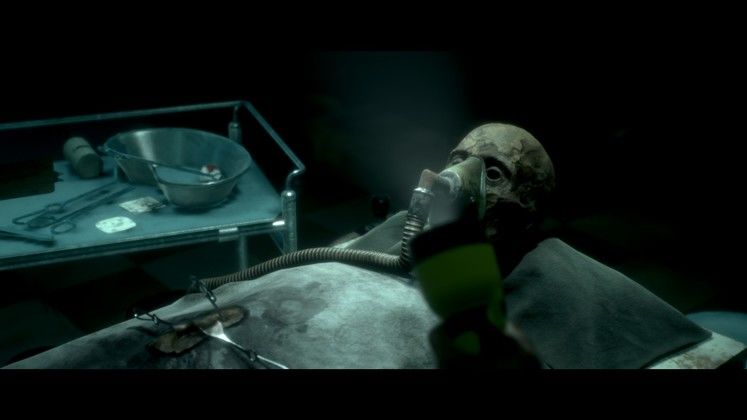 Man of Medan is a strong start to The Dark Pictures series, and more ambitious than it may first seem on the surface - while a single-player run-through took us 5 hours, the game is about trying that story again in different ways. However, if you don’t like the idea of replaying a story-based game, then you may be left unsatisfied with just a single playthrough - as you certainly won’t have all the answers. Nevertheless, a fun and deeply scary game - and the multiplayer needs to be experienced.

Discovering that co-op players don’t see all the story, and can disagree violently. 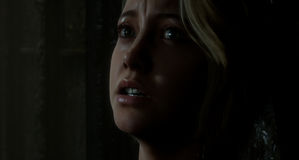