It's always a bad sign when you enter a new location and find most of the enemies are already dead. Not in terms of the game being broken, or even in terms of maybe you have dementia and just forgot you'd passed through here already, but it means that there's something so bad-ass lurking in the depths that it prompted everyone else to spawn already dead, out of fear. Or (as we later found out) it could mean that someone had already gone through this dungeon and stolen what it was you were hoping to find. Bastards.

But this is a testament to how well Skyrim, the latest instalment in The Elder Scrolls franchise, is crafted: that the world is so alive and so engaging that you come across set-ups like this and suddenly you're on alert and wondering what went on. Sure, a lot of it is token scripted stuff - NPC's talking to each other, random parties walking aimlessly along random roads... little stuff like that. But on top of that, you have a world that's crammed full of caves to explore, tombs to loot, people to save or kill... sometimes both. Each area has its own little story or theme or just something going on - even if it's as small as a bandit cave not having any actual bandits in it because a troll wondered in and killed everyone. Even stuff like what race, sex etc... you chose at the beginning affect how the world reacts to you, and the deeds you accomplish in the game are recognised and even commented on.

You should all know what Skyrim is about by now, but just in case you don't: The Elder Scrolls games are all set in the fictional fantasy world of Tamriel. Each game usually deals with a different continent in this world, and Skyrim's continent is called, well, Skyrim. It's home to the Nord-race of Humans, drawing on obvious inspirations. You are an unnamed hero, entering a land beset by civil war, unrest and just to top it off - the Dragons have returned. Elder Scrolls games are very free-form, allowing you to go almost anywhere and do anything, in any order. This is actually the first Elder Scrolls game using Bethesda's new engine, which has allowed for a number of improvements both to gameplay, and to the graphics.

The core of the game, of course, is you and how you interact with the world around you. Combat is very fluid, and reaction based. You equip a weapon to each hand (unless it's two-handed like a Great sword or a bow), and you have to time your block and parries with your attacks. If you're dual wielding you can't block at all, but then if you've got a shield you can block and then just smash them in the face. Depending on what perks you chose, you can get certain extra combat-related abilities. Quests are given by NPC's, but can also be found by reading books, exploring, being in a certain place in a certain time... there are miscellaneous tasks, and then major quest threads (Apart from the main one) usually faction related but there are plenty of independent threads as well.

New Elder Scrolls instalments are more evolutions than revolutions - a lot of the basics in Skyrim are the same as Oblivion and past games. The open world gameplay, the quest system, followers, factions etc... hell, you even start the game out as a prisoner again. But those are more behind the scenes stuff - Skyrim's topography is completely different to that of Cyrodil in Oblivion, and it makes exploring and travelling a delight. To plod slowly through a snow-covered pass, only to descend into forest which then opens up into marsh... such diversity really just adds to the whole feel of the game.

Other actual changes include the way your character progresses - instead of choosing a class, or even a handful of traits that are the 'primary' traits as in previous games, your skills improve as you use them. Each time you level you then get to choose a perk within a specific skill-tree, further augmenting your abilities. This very free-form character development fits with the game perfectly - it's actually surprising that they haven't done this before now, but then again genre conventions don't change easily.

And then of course there are the Dragons themselves. We feel a bit odd devoting an entire paragraph to these guys, but it's one of the key things the Bethesda's new engine allows for. As we've already mentioned, the return of the Dragons is integral to the main storyline in Skyrim. Apart from any that you face whilst going through that particular quest line, Dragons also exist naturally in the world, and there are two main ways you'll encounter them. First off, dotted around the map are locations where a dragon rests, these are locations you can seek out and add to your map, and even fast travel to. In addition to that, Dragons will randomly spawn and attack you as you travel through the game world. We were a bit sceptical at first, but after having compared notes with other writers, these encounters are truly random, and work very well - to the point where they become no different to any other random mob you may encounter in your travels, albeit a lot stronger.

You'll also be pleased to know that, for a Bethesda title, this game is relatively bug-free and stable - a couple of hiccups and oddities... although we've yet to see how the PC version will turn out (separate review will be done of that). Nothing you can't handle, and considering the complexity of the world it's surprising how well it does hold up. There's a couple of things we were disappointed in - the lack of follower quests, the surprising amount of micro-management you have to engage in sometimes, strange AI path-finding and behaviour (could do with some more work)... little things, mainly. A quick note on graphics - Skyrim is another game that's pushing the limits of what the current generation can handle. On the consoles at least whilst it does look good and better than Oblivion, you can tell it's being stretched.

We could go on, but then this review would be in danger of being as huge as the game is itself - there's plenty of stuff we haven't talked about (Shouts, Werewolves), hell, probably plenty of stuff we've forgotten to talk about. Just go and play it and you'll see what we mean. Despite how good the game is though, in its own way it's a little niche - not in terms of content but in terms of the core of its design. A lot of people don't like the openness of free-form games, the lack of direction, and if you're one of the those people then you probably won't get on with Skyrim because it's openness personified and in that respects nothing has, or will ever, change.

But, assuming you’re fine with that, then Skyrim is, in a word, amazing. Sure, it has its problems, its oddities, and again some of these are just down to how the game is made and others just need some extra patching or work done to it. There is always a danger with games like these that you’ll get bored, or you’ll lose your drive - Bethesda have done a wonderful job of staving off that feeling in this game. People commented on how much of a cop out the main quest in Oblivion was towards the end, and whilst the main quest is better in Skyrim, it honestly doesn’t matter - there’s so many other threads, both big and small, to pull you along you’ll never want for something to do. We can honestly think of no better game to while away your Christmas vacation.

There have been many memorable moments so far, but we have to say the best out of the bunch was when we did a finishing move on a dragon. 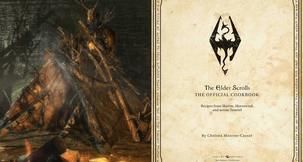 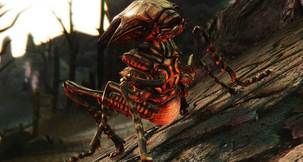 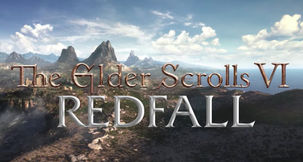 The Elder Scrolls 6 May Be Titled The Elder...