The Past Within Review

A Short, Sharp Puzzler For Two 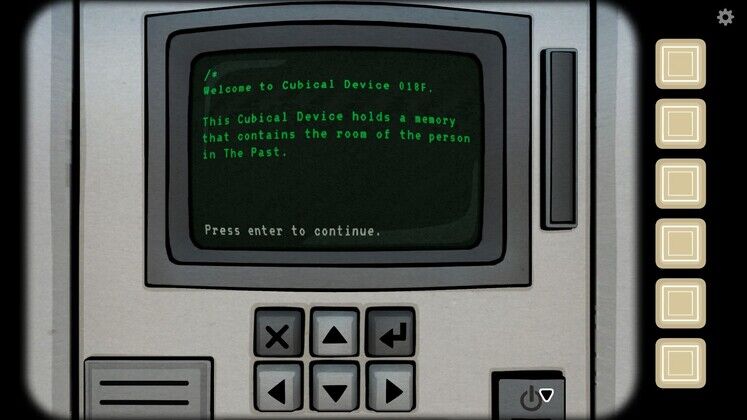 The Past Within is a smart online co-op game, and it makes me a little sad to think that its format might not get the amount of eyes and hands on it that it deserves.

Is there a game concept as brave as an online co-op puzzler? I personally think it’s the most magical form of cooperative play because it actually utilizes communication and thought in a way something like a sports game or shooter can rarely hope to emulate. Portal 2 remains the most popular example of this, and for good reason, but that was just part of a game that does feature an entire single-player campaign. To go full co-op is just ballsy because you absolutely have to find someone with the patience for puzzles and hope time schedules match up.

Despite all the technological achievements in gaming over the years, there’s a certain satisfaction in making something sophisticated feel like it’s held together by tissue paper and dreams. It’s genuinely exciting when it works.

Developer Rusty Lake knows a thing or two about puzzles, having made a fair selection of puzzle games in its time, so there was always a high chance The Past Within could be a good time. Rusty Lake has come up with a really intriguing twist on co-op too, with the two players in a game existing at different times, but communicating vital information to each other. 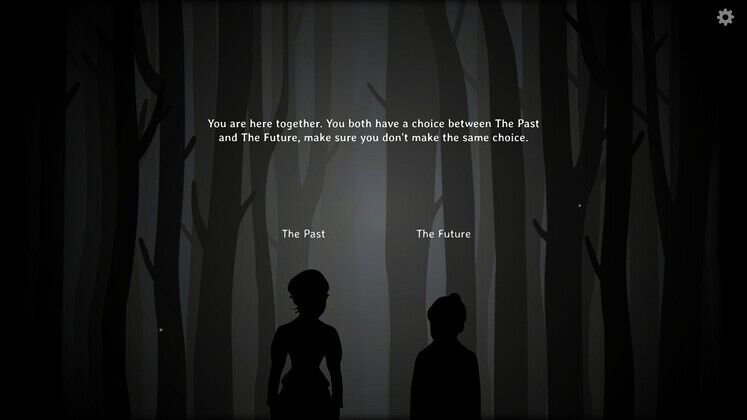 There's a 'syncing' of sorts before starting a game.

One player will be rooted in the past, a time of decadent analogue clocks and handwritten letters. The other is in the future, accessing data from the other player’s memories. So in the future, I have a computer-style box, and on the screen it asks me for the year of the memory I want to connect to, so I need to find out what year that is from the other player, who finds it inside a letter.

You get to investigate your immediate environment in both 2D and 3D. The visual style is generally presented as a two-dimensional thing in both, but in the future, you can drag the camera about in certain instances, as objects tend to have extra puzzle goodies hidden away beyond what you see in two dimensions.

Communication can be done in a number of ways, including via chat, and over Discord. On the surface that makes it seem rather easy to solve these puzzles, right? Well no, because the puzzles on one side effectively bleed through to the other side, with very different solutions needed. The simplistic art style is great for helping communicate the puzzles, throwing away any glitz for a straightforward approach that translates quite beautifully.

The balance of a game like this comes from ensuring both players feel needed and feel need. If someone’s job is clearly easier, there’s a frustrating imbalance that’s going to fester and grow. Part of that problem comes from who you get paired with, a common online issue. Even friends have conflicting playstyles and game preferences, so taking this all into consideration, it’s vital both players get equal footing in The Past Within’s puzzling.

And this is largely achieved. Having seen how the game plays in both the past and future, I can say that while there are obvious differences in the kind of puzzles on offer, the level of challenge is pretty similar. Preference is essentially the only real defining difference. 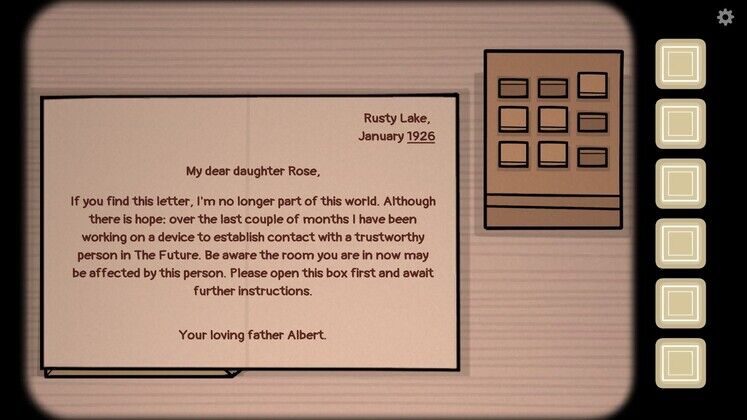 The past has a simple style, but puzzles are just as challenging

There’s an oft-repeated mantra in The Past Within that you should play with someone you trust, and I found that to be a fascinating avenue to head down, especially given the potential issues I’ve already mentioned earlier in this review. It’s inherently true because it’d be very difficult to progress without some trust, but the scary nature of online play with strangers or mismatched friends means there’s still a chance of nefarious activity that spites both your chances. Not a fan of that generally, but this is one of those games where it actually feels relevant to remember your partner could be an absolute ass.

Something else that will probably help alleviate a lot of the potential stumbling blocks is the relatively brief playtime The Past Within has. It can be technically beaten in just a small handful of hours. Brevity is key because even if there are struggles to find the time to play together, it’s potentially no longer than an evening’s play. The Past Within doesn’t outstay its welcome.

THE PAST WITHIN VERDICT

A short, sharp cooperative puzzler with a fun time-spanning twist. The Past Within sees Rusty Lake go all out to make the purest kind of cooperative experience possible, and ends up doing a fine job.

When a discussion leads to a revelation about a puzzle solution.

The Past Within Essentials 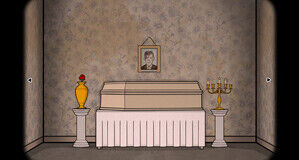