A happy few of you may have played Dark Seed, an early ’90s adventure game made with the involvement of the twisted mind of Alien designer HR Giger. It was exceptionally creepy, half set in a slightly off real world and the other half in a sick disturbing fantasy world straight off a Giger nightmare. Tormentum: Dark Sorrow from brilliantly named Polish developer OhNoo Studio aims to do something similar, except set entirely in the Giger half. It makes The Evil Within look as disturbing as Bambi, and if you’ve ever had a wet dream about the Cenobites from Hellraiser this is the game for you.

The story is kept fairly minimal, allowing OhNoo to concentrate on the freaky atmosphere and visuals, but they do offer dribs and drabs of plot throughout the game. Basically your unnamed faceless character has been captured by some crazed religious cult intent on purging him/her of his/her sins in as gruesome a fashion as possible. You have to escape from the nightmarish castle in which you’re trapped, which is hard enough, but things don’t get better once you leave the castle’s walls.

As mentioned, this is not a plot or writing-heavy game. There are comments by the player character on most things, occasional bits of dialogue from the few characters (although only usually a few repeating lines), and notes around the game that add to the plot. That’s it really, although there are at least some cool choices you have to make like whether characters live or die (which can either help or hinder you in certain ways). As an adventure game Tormentum is instead all about imagery, atmosphere, exploration, and of course puzzles. 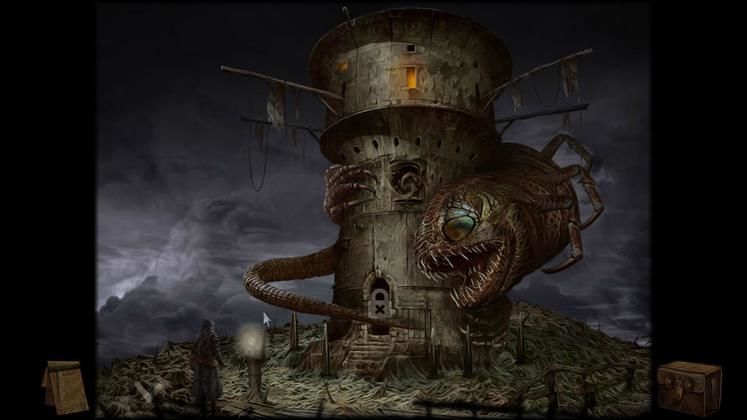 I could pick any screenshot of this game and I'd want to hang it on my wall. Y'know, to freak out visitors

Now Tormentum is an unusual adventure game in that the main character doesn’t move. In fact there’s barely any animation in the entire game, making the whole thing appear like a flash game that can be played in a browser. Screens pan along with the mouse, but to move to another area you just click one of the arrow buttons on the side of the screen. It’s all very, very basic and this is the worst thing about Tormentum, but once I got over the shock and disappointment I begin to see the bright side - it makes moving around the game quick and straightforward, it’s very hard to get lost, and it focuses things even more on the visuals and puzzles. It’s a simple game, but I ended up appreciating its simplicity, not to mention the speed in which you get around means you’re always close to something to do. Consequently it’s actually quite an addictive game.

It’s the visuals that’ll attract players in the first place. While the animation is simple the actual art is detailed, stunning, and very pretty… not to mention disturbing, freaky and gruesome. All clearly inspired by the nightmarish flesh-stretching surrealism of HR Giger with occasional hellscapes in the style of Hieronymus Bosch, Tormentumis never less than amazing to look at and the push to see the next piece of f***ed-up artwork is what drove me on through the game the most. 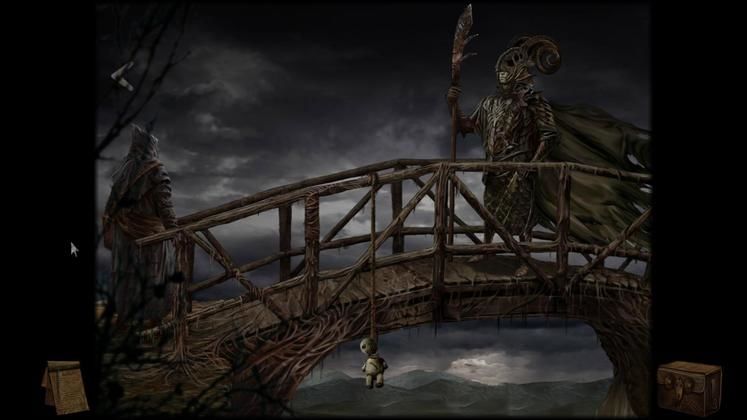 He who approaches the bridge of death must answer me these questions three!

Being an adventure game though, the main meat of the gameplay is puzzles. These are a mix of the “use the right item in the right place” adventure gaming classic along with almost Professor Layton-style minigame puzzles. These are actually in general pretty good. Most of these minigames feel like they’ve been done a million times before, like sliding block puzzles and fitting Tetris blocks into a space, but very few of them repeat and sometimes there’s also a clue the player has to follow in order to beat them. They stay pretty fresh, no matter how basic they feel, and I like how the game blocks access to places you don’t need to go anymore so backtracking is kept to a minimum. Still, it’s a bit of a pain that there’s no hint system in place.

To talk about sound design quickly, this is something else that’s kept to a minimum. The music is creepy and occasionally catchy, and it carries much of the game in terms of audio. There are sounds and most are pretty good, but regularly you’re just left with a few stock sound effects and a lot of quiet. And in case you’re wondering, no, there’s no voice acting. I don’t begrudge Tormentum for this as OhNoo Studio are only a small developer, but Dark Seed had voice acting and that came out in 1992!

Tormentum is a surprisingly addictive adventure game, despite being seemingly so basic. Developer OhNoo has boiled the genre down to simply clicking between screens and solving puzzles giving it a third-person Myst-like feel, which keeps things moving smoothly and means you’ll probably never get bored or stuck for too long. It’s the twisted art style and nightmarish world that keeps things interesting, but it doesn’t stop Tormentum from feeling like a flash game with its simple animation and tried-and-tested minigame puzzles. I did enjoy exploring the world and solving those puzzles, but in terms of HR Giger-inspired adventure games Dark Seed still beats it hands down.

Making a seemingly good choice and watching it bite you on the ass. 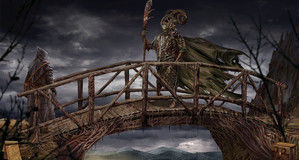