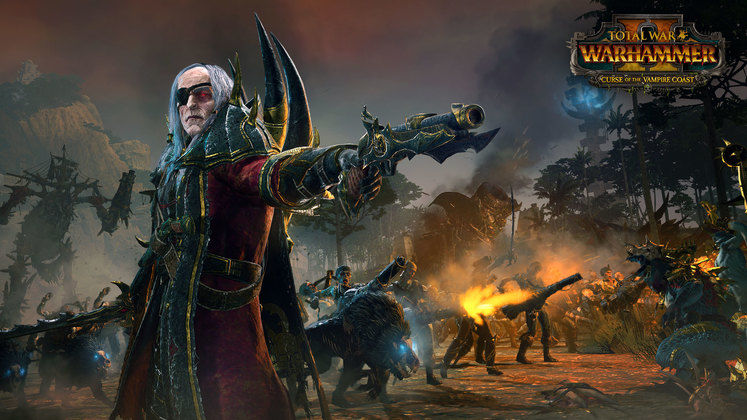 I must say, for all that I know about Warhammer’s grimdark fantasy world, I never expected to see merry pirate-y sea shanties in the franchise. Yet that’s what the Vampire Count’s DLC trailer promised, and… didn’t deliver, but we did get a whole lot of pirate themed things.

Curse of the Vampire Coast is an expansion pack bringing the necromantic pirate lords to the waters of Total War: Warhammer II, as they search for the weapon and mystical sea shanties that will allow them to kill then reanimate Amanar, a legendary sea leviathan. Like Tomb Kings before it, the DLC shares the map with the Eye of the Vortex campaign without being directly affected by it, allowing players to roam around doing their own thing without having to worry about the progress of the base game’s rituals. 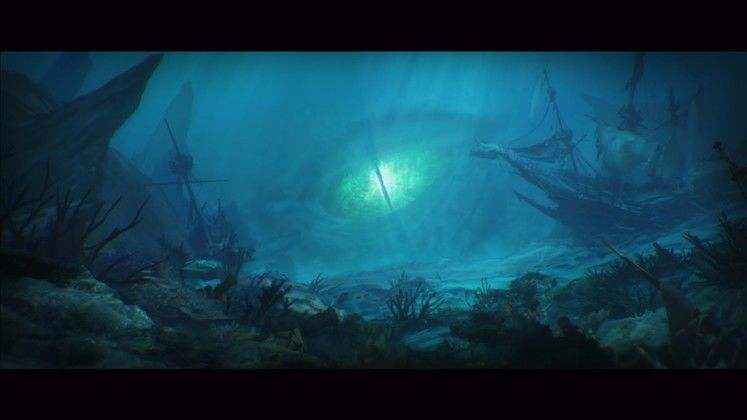 Each of the four new legendary lords, from the schizophrenic Luthor Harkon to the largely unknown Aranessa Saltspite, have their own unique starting locations, bonuses and starting units as usual, while sharing faction-wide traits. Those traits are what truly set the pirate lords apart from other races, thanks to their ability to play as both a horde or normal race.

You see, while the new factions can colonise settlements like normal, each legendary lord also has access to their own unique legendary ship, serving both as an army and a mobile upgradeable base. That allows them to recruit units wherever they are and encourages playing on the seas, raiding coastal towns instead of venturing deep into landmasses. 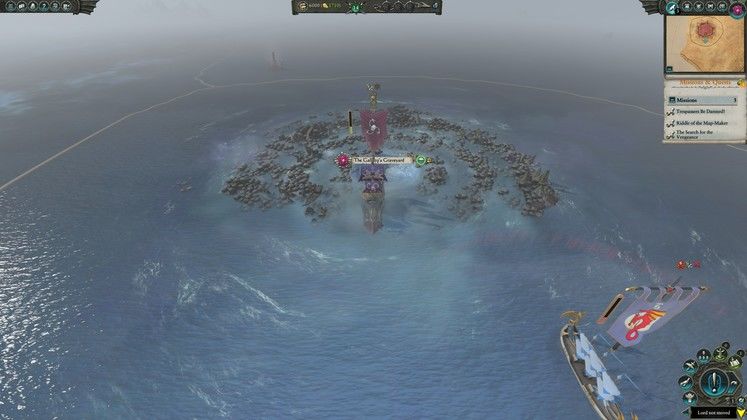 When winning a settlement battle, pirates can establish a Pirate Cove instead of the classic Conquer, Sack, and Raze options. Establishing a cove keeps the city under its original owner but continuously syphon money and resources from it, providing a continuous source of income with no upkeep required. Coves also generate Infamy, which is a global list of the world’s most infamous pirates. Hunting down those infamous characters wield rewards that allow players to appoint other lords to offices within the fleet and keep them in check.

Weirdly for a pirate expansion, there are no ship to ship battles. The game cheesily flees from combat in the high seas by conveniently spawning islands for land battles in the middle of the ocean, detracting severely from the signature experience of being a pirate. It would be amazing to see broadsides and boarding actions like Napoleon: Total War did many years ago, but Creative Assembly took the easy approach and made the final product ultimately lacking. 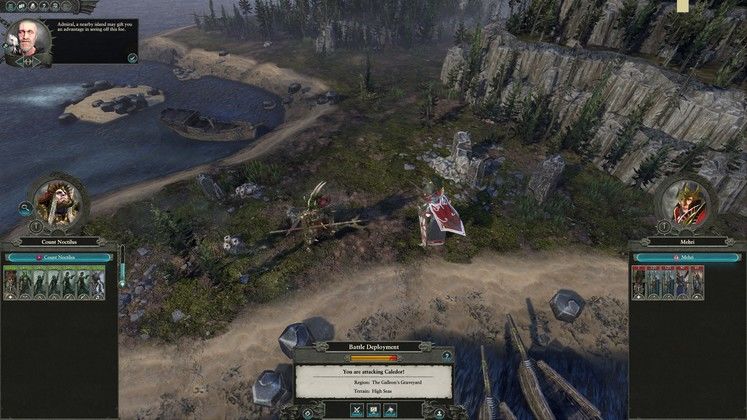 Making matters worse is the quality of these new island maps, which aren’t really new at all. A lot of my engagements simply recycled coastal maps from Lustria or other areas of the world, adding to the already extensive issue Warhammer has with repeated or misplaced maps. The one exception is the final campaign battle, which (SPOILER WARNING) takes place in a massive bubble shield on the bottom of the ocean. That map is one of the best maps in the Total Warhammer franchise, and it acts as a great closure to the campaign.

The roster of units is quite comprehensive, making land battles at least interesting. Most units, from normal vampire commanders and zombie pirates to flying creatures have ranged capabilities, turning the opening stages of a lot of engagements into a single massive wall of gunpower smoke. Massive units like the walking ship derelict Necrofex Colossus or the giant crab Rotting Leviathan round up the roster, supported by mortars and a big-ass cannon called the Queen Bess to make up for the obvious lack of cavalry. 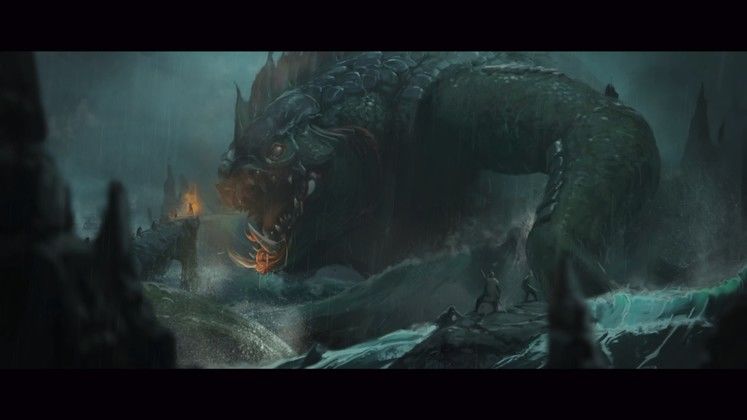 Smaller additions, like Regiments of Renown unlocked by finding cursed Pieces of Eight scattered throughout the game world or treasure maps that requires you to find a campaign location and dig up its treasure with a Hero or Army serve to round up the expansion with more thematic flair, elevating the DLC bit by bit. The end result is a surprisingly good pirate-themed pack in a game that had absolutely no business having it, and it is only let down by the shameful lack of proper ship to ship combat. 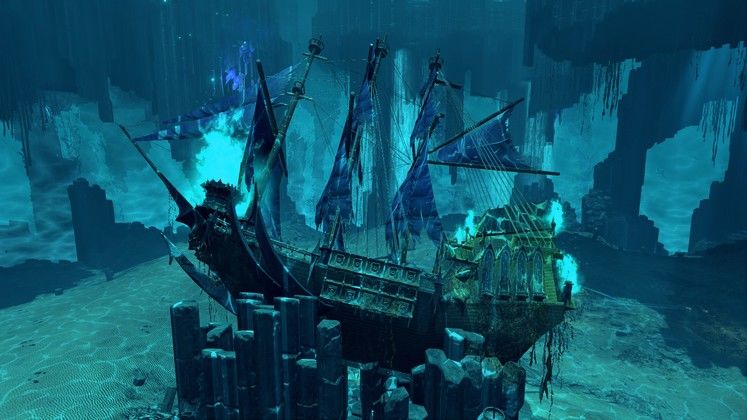 Curse of the Vampire Coast is currently available for purchase on Voidu for £10.77. Use the PLAYHARDER code at checkout for 20% off.

Following the amazing Tomb Kings expansion, I wasn’t expecting to see yet another curve ball, but The Curse of the Vampire Coast mostly delivers it.

Putting the Queen Bess at work and wiping out fifty soldiers with one shot. 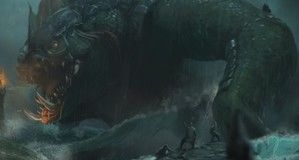