Realm of the Wood Elves DLC Review - King in the Woods!

Total War: Warhammer developers Creative Assembly continue to update its content and add additions to its faction roster. Elven fans can now rejoice in the fact that the new Realm of the Wood Elves DLC adds an entire elven army roster to the game.

Similar to the Call of the Beastmen DLC, Realm of the Wood Elves allows you to play the new race in the grand campaign, but also has a separate story campaign. You can choose to play the wood elves under the king in the woods, Orion, or play as Arthel Loren under the elder forest spirit Durthu.

Realm Of The Wood Elves

Realm of the Wood Elves looks to fill a gap that the original base game left for fans of the Elven factions. It’s an expansion that also features the Bretonnia kingdoms more centrally due to the starting location of the Wood Elves faction.

Many players have experience issues with the DLC which all stems from out of date mods. Once disabled the game runs very well, with zero mods I encountered no performance issues. Where the new DLC shines is in its new character models for the various wood elf units. 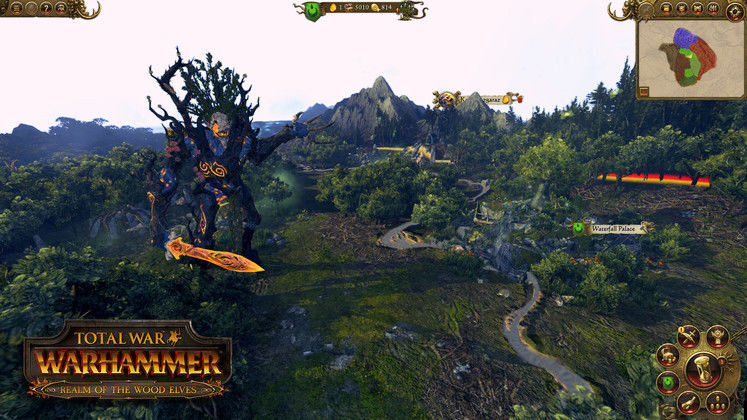 The character models of everything from the elven archers to the giant treemen look fantastic and are arguably some of the best-looking units in the game to date. In particular, treemen and dryad infantry look impressive with the detailed branches and great neon markings. 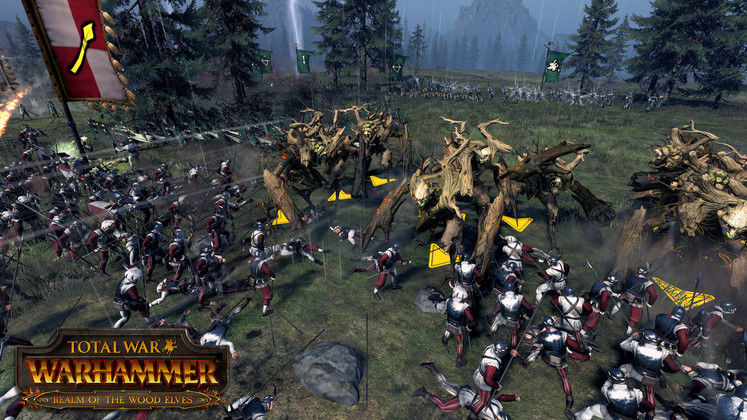 The way in which the campaign gameplay and combat gameplay feel unique to the Elves is a tribute to creative assembly’s design philosophy of keeping factions unique. Playing as the Wood Elves will be a totally different experience in the campaign to that of the other factions.

Prepare yourself with a variety of new units for your favorite factions with our latest Total War: Warhammer Mods Update!

There are a specific set of negatives to the Wood elves such as underpowered archers and the fact the Elves gain bonuses in forests yet managing an army with non-transparent trees is neigh on impossible. That said, these things will easily be patched fairly quickly.

It is certainly one of the best Total War Warhammer DLC’s to date and packs a lot of content into a single package that many players will be pleased with. 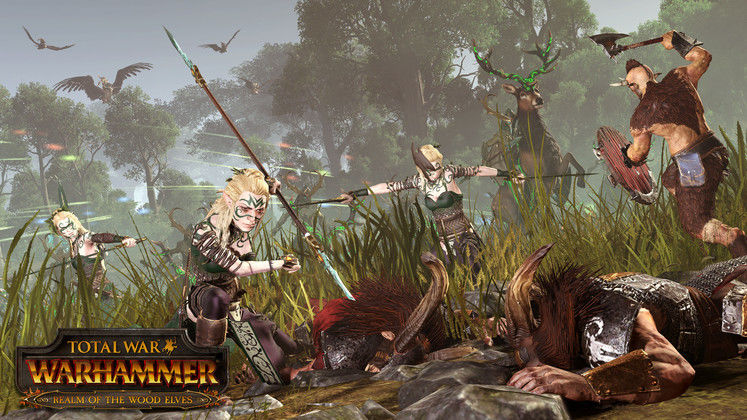 Realm of the Wood Elves is a solid addition to Total War Warhammer and a much needed one. As the first introduction of the Elves, the DLC does a fantastic job of delivering a great roster of units with unique gameplay mechanics that allow the race to play very differently to that of any other faction.