RTS goes barebones; we take a look at a game of world domination with only a handful of mechanics

War, the Game is an attempt to create a streamlined light-weight real-time strategy game with a relatively simplistic rule set. It takes place on planet earth in a modern warfare themed environment. Navigating around and zooming in and out on the planet is done quickly and easily using the mouse and a few hot keys, and almost all the controls in the game involve nothing other than left or right mouse clicks.

As a warring country, you control cities and have access to a variety of units, and buildings. Cities give you a steady flow of cash which varies greatly depending on the population size - that is represented by a dot on the map which is bigger for more profitable locations. Buildings allow you to spend that cash training new units; except for airstrips which don't allow you to build anything and are used only to extend the attack range of your air units.


All units have exactly the same stats in terms of attack values and health; in other words, a fight consisting of a single unit of infantry and a single unit of tanks will result in obliteration for both sides. However, there are several key mechanics which extend the strategic depth of the game significantly. Infantry stationed in cities are twice as effective, only infantry can capture cities and buildings, planes are the only unit which can retreat from battle, and sea units can be repaired.

On top of that, all the units in the game have wildly different movement rates. Manoeuvrability is one of the most crucial elements in the game. Although infantry is cheap to build and has several advantages in terms of utility, it moves painfully slowly. Tanks move a lot faster, and planes move at lightning speed comparatively. In addition, oceans have to be traversed through the use of transports, to haul infantry, and air craft carriers, to take fighter planes.

Finally there is an incredibly powerful nuclear strike attack which is the most expensive unit in the game and can only be built at a limited number of locations. It costs the equivalent of six infantry, but can be used to strike anywhere on the planet and instantly wipe out all infantry units within range.


Days tick by slowly in the top right corner of the screen and money trickles in from your controlled cities. Units can take a week or longer to build, and infantry travel at an almost realistic speed on the map. Thankfully the game does feature a rather bizarre form of time compression which works surprisingly well. If you hit space-bar the game smoothly fast-forwards and then slows back down in order that, more or less, a day passes. You can, for example, hit spacebar ten times to get the game to run fast for around ten days.

The only mode of play is a single player campaign mode. This is a large set of missions which get progressively more difficult and complex. Some of them are open and variable enough to add a decent amount of replayability, such as the world domination map that invites you to purchase any country on earth and attempt to conquer the rest. Other maps are more customized scenarios with a narrow scope and specific objectives, such as a map which involves you playing as Britain and trying to take down 10 terrorist cells around the map in a race against time. Although the game allegedly features multiplayer, I wasn't able to find where it was or any information about it anywhere.

The game is presented by an occasionally comedic but mainly functional 3D wire frame AI talking head. She (?) pops up occasionally to give you tutorial advice, warn you that a fight is taking place, or just make a random comment about the date with an occasional injection of mild humour. It seems like the devs opted to go for a low quality text-to-speech engine for its voice, I'd love to say it's stylish but I just find it annoying.


In terms of creating a minimalistic and easy-to-understand budget RTS, GabberGames have most definitely succeeded. It doesn't take more than half-an-hour to learn the scaffolding of everything you need to know about playing War, the Game. This also goes for the controls, or lack thereof, which not only make it easy to learn all you need to know about controlling the game but also limit the manageability of large and spread out forces. This is most definitely a deliberate feature meaning that if you have forces all over the world then the only way to control and command them is to dash around the planet to your different brigades and frantically click away. Nevertheless, this is the kind of thing which will annoy some people and you start to think, "wouldn't it be nice to have a couple of group control hotkeys?"

My problem with War, the Game is that it’s not really interesting enough. You can definitely make a deep game from a simple set of rules, but I’m not quite sure they’ve pulled it off here. A great deal of the scenarios are not really that challenging, and the ones that are challenging are very frustrating. You can’t help but think that you’re being falsely limited by a lack of hotkeys and limited visual scope (no radar, for example) whilst the AI is able to see and think about everything at once. At its budget release price tag it might still be worth picking up for gamers who like the concept, but I can’t see myself spending a whole lot more time with it.

Some of the missions are tricky, and notching them off one by one comes with some satisfaction. 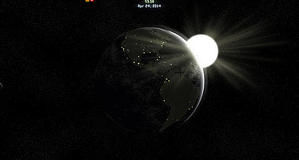