Just what we want for one of the first games of 2015: a port of a two-year-old iOS title!

On the surface, Warhammer Quest should be a title to get me excited. Based on the proper Warhammer spiritual successor to Hero Quest, one of my favourite board games (and the Amiga videogame version had a kick-ass theme tune), a cool videogame adaptation would be a fun strategic diversion when I’m not playing Dragon Age. The only problem is, it already came out in 2013 and I’ve played it. On my iPhone. But developer Rodeo Games wouldn’t just take an iOS game from over a year ago and port it straight to PC would they? Of course they would.

I’m not going to go into the story of Warhammer Quest because there isn’t really one. Four heroes set out to fight injustice, kill monsters, and get paid. You go to a dungeon, keep walking forward until you’ve killed everything, get out with all the loot (that you’ve received automatically), click on a village on the map, buy/sell gear and upgrade a character if they’ve levelled up, then find another dungeon to pillage. While there are distractions and often several quests to choose from that’s Warhammer Quest in a nutshell. 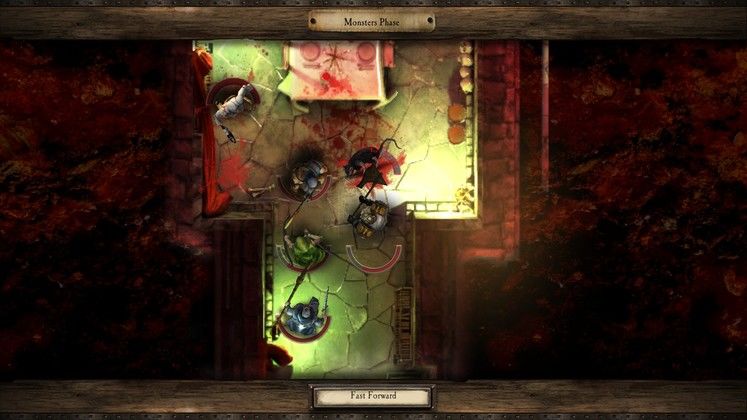 This is as exciting as the game gets! Also, I can totally walk through that table at the top

Think that sounds too basic? It’s an iOS game, it’s meant to be something quick and mindless to do while you’re waiting for your bus. That may sound derogatory to iPhone games but it’s generally true since those do the best on that platform, and most importantly I’ve played the iOS version of Warhammer Quest and it really is like that. There’s a moderate amount of strategy but it basically just rounds up to keeping your ranged and magic fighters in the back and deciding when to use a one-off special attack. Team Fortress 2 has more strategy.

Battles consist of some enemies randomly appearing after you’ve walked forward enough spaces (or just ended your turn), moving up to those enemies, then bashing them and hoping the invisible dice roll hits. Then if any enemies survive they take a turn, then back to you where 90% of the time you’ll finish them off. As turn-based combat goes it’s one of the least impressive examples, lagging behind Space Hulk and the original Hero Quest videogame. Or going to the toilet with a stopwatch. 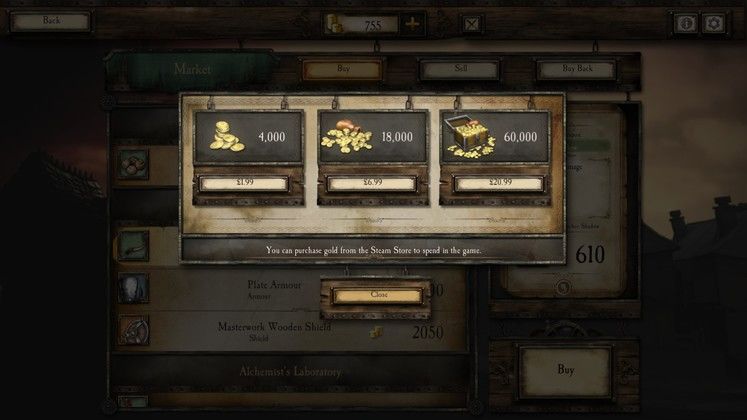 Which would be generally excusable if the game looked any good, but sadly it may be a shocker to learn that “a pretty good looking iPhone game from 2013” doesn’t translate to a good looking PC game in 2015. If you’re hoping for some isometric action or even a movable camera like Space Hulk you’ll be disappointed, it’s all top-down and the most you can do is zoom out a bit. Half the time you’ll have to guess which character is which. Moreover the level design is boring as hell. In the original Hero Quest board game the areas may have repeated but the locations were meant to feel like real places, with tables, torture racks and other odd furniture - oh, and doors. Warhammer Quest has either very little or straight-up none of that. Also, I know in the board game room tiles had to repeat out of necessity but this is a videogame - put some bloody effort in Rodeo and don’t have the same rooms appear over and over again. Sound design isn’t much better, with dull yet overbearing music and basically no sound effects or dialogue to liven things up.

Towns aren’t much better. They’re glorified menu screens. In fact they’re barely glorified at all - they are menu screens. You have four buttons to click which boil down to “Buy/Sell”, “Upgrade”, “Swap Character” (if you have any others), and “Buy random boon”. Oh, and “exit”. Upgrading consists of paying gold to level up which then automatically happens, you have no choice over what abilities you get or where your points go. To make things a little more interesting there’s occasionally a random encounter such as a thief stealing some money from you, which you can do absolutely nothing to stop. Sorry, I meant “make things a little more irritating”. 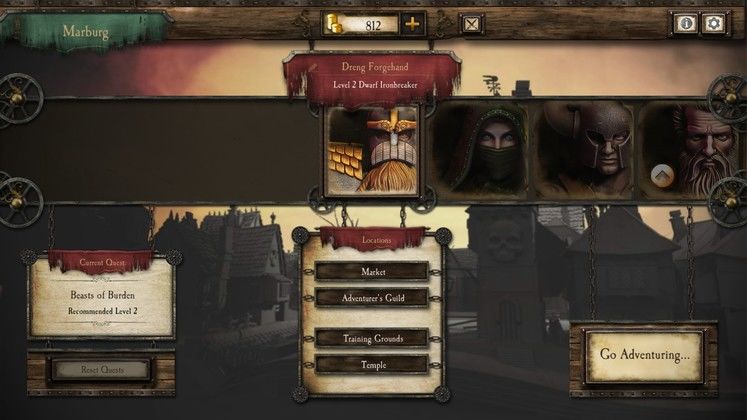 Witness the excitement of towns in Warhammer Quest, everybody. Strangely enough they all look alike

Then finally we have the pièce de résistance (or rather the coup de grâce), Microtransactions. Yes, you can’t have a crappy port of an iOS game without them, and they’re here. You can buy new weapons, new characters, and of course lots of gold, because why bother playing the game at all? The extra characters (there are a lot of these to buy, £2 each) fortunately aren’t required as I had just as much fun (SARCASM) with the basic Barbarian, Ranger, Dwarf and Wizard, but the game does regularly slap you in the face by giving you a piece of equipment only a DLC character can use. Gee, thanks Rodeo.

There really isn’t any need for you to buy Warhammer Quest. If you liked the videogame versions of Hero Quest or Space Hulk then you’ll find it hugely underwhelming. If you liked the iOS version then you already own it. And if you like the board game I suggest sticking with that until a better videogame comes along. Warhammer Quest is a basic port of an iPhone game which had basic gameplay and basic graphics with absolutely no bells and whistles on top, unless you count microtransactions. There is fun to be had in five minute bursts as a distraction from doing work, but then that’s what I bought the phone version for. Don’t buy it. And there’s no multiplayer either, in case you were wondering.

A couple of choice/minor consequence moments were quite entertaining, but there aren’t enough. 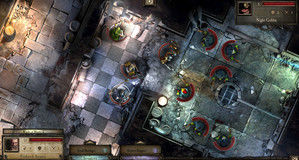