Warlock 2: Wrath of the Nagas

Warlock 2: Wrath of the Nagas Review

Why conquer the universe when you can drown it?

Warlock 2’s first expansion, Wrath of the Nagas, introduces the titular race of grumpy, aquatic reptilians to the fantasy strategy game. Nagas love water. This simple fact pretty dramatically changes the way Warlock 2 plays, switching the previously landlocked gameplay for a water-based campaign that, obviously, encourages you to focus on your naval units and lets you avoid a lot of the dangerous random units that are restricted to land. More on those random units spawns later.

On a basic level the water theme makes for a nice visual change from the norm, with the nagas propensity for curving, coral structures and bright ocean reef colours. Slowly conquering the waters is satisfying, as your aquatic empire grows ever wider and your various units spread across the map. Mechanically empire expansion works fairly similarly to what you’re used to, but in a nice touch building new cities actually spreads water tiles across each map – tying in to the naga’s story, you’re essentially submerging the continent in oceans with your very presence. Pretty cool. 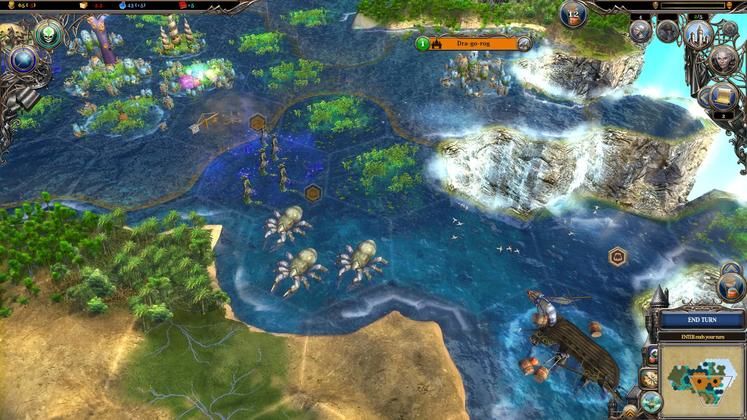 Water’s as tactically and economically important to the naga as land is to everyone else – they’ve got their own terrain types, deep water, shallow tropical water and so on, that each have their own benefits and buildings that can be constructed on them. Kelp fields in the ‘blooming’ water hex make excellent farms for your cities, for example. It all just makes the new race feel more rounded and distinct, not just a new skin with a few fancy units.

Your units are an array of slithery creatures who fight much better on water, again rewarding you for expanding your empire and encouraging aggressive land grabs. You never want to get stuck battling someone without a good source of water nearby if you can help it, unless you’re using mercenary units and hired heroes. Playing as the nagas encourages you to be an ultra-aggressive warmongering bastard, and it’s a lot of fun. 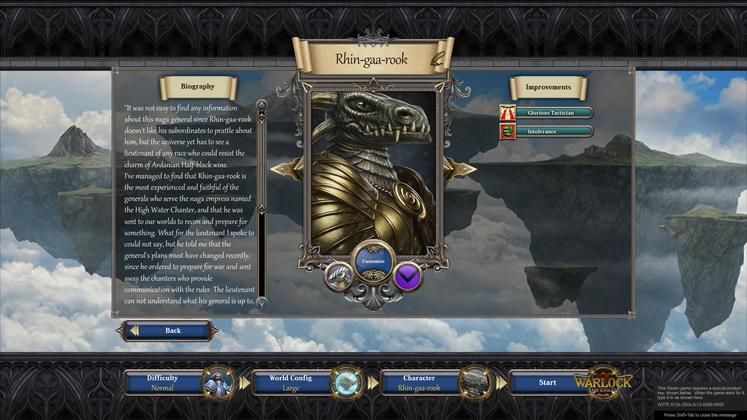 Rhin-gaa-rook, as well as having an amusing name, is very good at subjugating the infidels

The new campaign, oddly enough, sees you face off against the naga rather than actually controling them. They’re invading the universe, spreading their watery empires across multiple worlds, and it’s your job to fend them off. They’re doing this by creating these annoying things unimaginatively called ‘naga fountains’, which spew out salt water. Destroy those, and you can gain enough breathing space to start hunting the snakelike gits across the multiverse. It’s not a dramatic departure from the series’ trademark gameplay, but it’s a fun way to spend a few hours.

Though the new campaign’s an entertaining ride, I did have a few issues with it. Random spawning is always a bit of a risky mechanic, and there were times in Wrath of the Nagas where I found myself getting frustrated with the amount of times I’d get ambushed by hugely powerful enemy units, or forced to scamper around my base putting out fires. Even on low settings, it felt like they had been increased beyond ‘challenging problem to deal with’ and into ‘frustratingly unfair’ territory. AI is a bit hit and miss too, and quite often hurls units at your strongest defences while ignoring vulnerable settlements. I noticed a few instances where enemy units would for no apparent reason stray near water tiles where it was easy for me to pick them off. 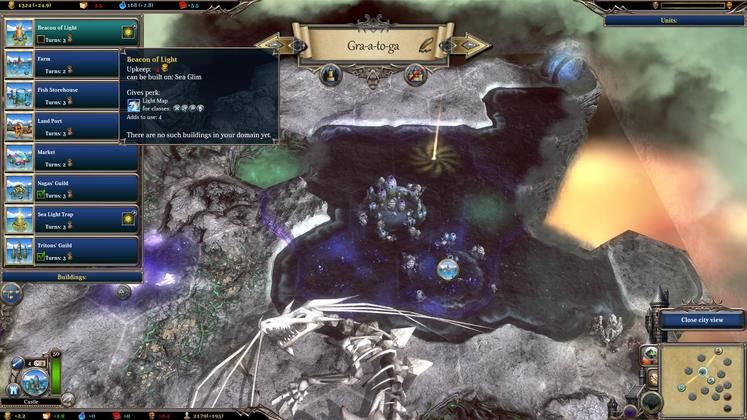 There are scores of new buildings and units to create, each featuring the nagas' trademark colourful reef-coral style

Those aren’t fatal flaws, however, and there’s a lot of extra content to play through. I’m particularly fond of the way developers 1C Company allow their campaigns to be played either in multiplayer or singleplayer, with your choice of modifiers and altered victory conditions. You can even take on naga with nagas if you wish, although sadly you can’t play as the evil invading force – you’re stuck saving the world, rather than ending it. We’ll call that easy mode too, since all that water being thrown about isn’t really a problem for you if you’re playing as the nagas.

So what else is there? Two new leaders for the naga; the gorgon Sfeno, who’s a economic powerhouse who can sway other races to her cause, getting less of a penalty when consuming other cultures into her empire, and Rhin-gaa-rook, who much prefers punching everyone in the face. In fact he get minuses for owning cities of other cultures, so he’s great if you’re going down the evil invasion route. Two new hero units, the harpy and the physician, offer expert scouting and support healing respectively. These guys can be hired by any faction, so you don’t have to worry about playing as the naga to get hold of them.

WARLOCK 2: WRATH OF THE NAGAS VERDICT

So all in all a bunch of nice content held back slightly but not fatally by a few frustrating issues with the campaign modes. All in all though I enjoyed Wrath of the Nagas, which offered a new and interesting way to play rather than a half-hearted faction re-skin and a few new units. The campaign, though not massively interesting, should keep you occupied for a good long time, and you know what? There’s just something very satisfying about drowning the universe in unforgiving ocean depths. Not essential, but a very solid expansion.

Drowning each new world in salt water is a fun way to expand your empire.

Warlock 2: Wrath of the Nagas Essentials 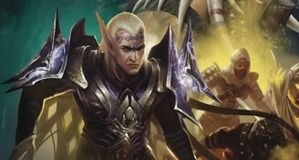 Trending Warlock 2: Wrath of the Nagas 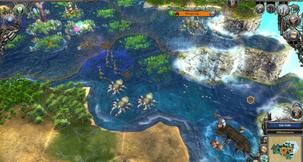 Warlock 2: Wrath of the Nagas Review