Way of the Samurai 4 Review

The land of the rising fun

There’s always been a sense of romance associated with the adventures of the wandering Ronin. Much like the roaming drifters of the American Wild West, the notion of being cast as one of these well-travelled vagabonds whose journeys intersect with the events of others has often proven to be an especially compelling one. A free-roaming action adventure that originally began life on PlayStation 3 back in 2011, Way of the Samurai 4 takes this scenario and liberally drapes a large amount of silliness and non-linear gameplay over it and while a number of flaws hold it back from greatness, the endeavour nonetheless remains enticing all the same.

Way of the Samurai 4 frames its scenario against the historical setting of nineteenth century Japan, where the samurai were gradually being phased out and the country’s cultural isolationism was coming to an end due to the en masse arrival of foreign ships from western nations. The player’s stake in these events emerges in true wanderer fashion, with our protagonist stumbling into the Japanese seaside town of Amihama and consequently being swept up in the conflicts and events that manifest within its boundaries.

Measuring distance while timing counterattacks are essential to mastering combat.

Caught between the contrasting ideals of the pro-nationalism militia and foreign aligned forces, our wayward samurai must also navigate local conflicts and the interests of the Yakuza while dealing with the often odd requests that are bequeathed to him from the resident townsfolk. ‘Odd’, is something that you’ll come across a lot in Way of the Samurai 4, since rather than being a po-faced take on one of the most intriguing periods in Japanese history, the game instead elects to pursue a quirky and often irreverent tone.

On first glance, this manifests itself in the names of English characters who, with monikers like chief envoy ‘Jet Jenkins’ and captain of the guard ‘Melinda Mega-Melons’ (I really, really, kid you not), provides a blatant and early indication that Ghostlight’s latest takes itself far less seriously than its historical backdrop might otherwise suggest.

Amihama itself meanwhile, is a relatively small town with a desperately finite playing area yet despite its meagre size; the coastal settlement still manages to pack in a substantial amount of quests and narrative for folks to play through. From feeding stray dogs, couriering items and escorting important local leaders about the place, through to assassinations, duels and even entertaining ladies at night time (the game has a foreplay metric, of all things), it soon becomes clear that Way of the Samurai 4 has a ton of stuff for players to get stuck into.

Naturally, all of these extra-curricular pursuits can be indulged in addition to the main narrative, whereupon multiple branching mission paths and ten different endings coalesce to create considerable scope for non-linear play and long term longevity.

Aside from steering the narrative in a particular direction, picking one side over the other can result in some tangible effects in gameplay terms too. One story mission for instance, has our samurai escorting a foreign teacher to his school, where success allows our wanderer to learn English and thus permit him to converse with foreign traders and dignitaries. In providing such effects then, it impresses upon the player that deciding which mission to take on often encompasses more than just the pursuit of money and items. 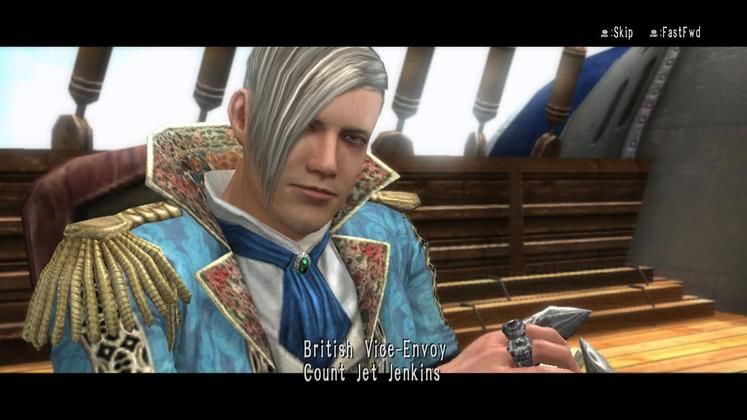 Way of the Samurai 4’s narrative is set against the historical backdrop of foreign powers encroaching on Japanese soil but it doesn't always take the subject matter entirely seriously.

Choice however, extends far beyond the remit of Way of the Samurai 4’s main story. In fact, should you so be inclined, the potential for being an obnoxious git in this game is considerable to say the least. In fact it wouldn’t be unreasonable to say that the game actively encourages it, with the player able to draw their sword on anybody, rob corpses and take items without paying to name just a few of the dastardly deeds available. As one might reasonably expect however, frequent lawbreaking brings with it consequences and these tend to range from the minor, such as fines or a stay at the grey bar hotel, through to the more severe and potentially game-ending, like death, for example.

When you’re not cutting about the place guzzling saki, flirting with the ladies of the night and generally acting crazier than a fridge full of cats, you’ll be scrapping with your fellow man and it is here that another key pillar of the game emerges. Fortunately as it turns out, combat is actually a pretty nuanced and often deceptively sophisticated affair.

Feeling a touch inelegant and clumsily arcade-like at first, it soon becomes clear that combat, and actually being good at it, is predicated around managing distance, knowing when to counterattack and understanding the environment that you’re fighting in. Equipped with your starting sword, a standard length Katana blade, a number of different attacks are available as well, with each strike boasting its own power, speed and range attributes that need to be considered and applied accordingly during combat.

Once into the game proper, additional combat styles can be acquired from instructional almanacs that can be purchased, looted from fallen foes or given as a reward for services rendered. When collected, each of these provides a different approach to attack and defence strategies, a new set of moves to utilise or even an entirely new weapon to master altogether.

Like any decent samurai worth their salt however, you must also take good care of your weapon lest your foe-batterer embarrassingly snaps mid-fight, leaving you with pitiful looking stump that does precisely zero amounts of damage. Maintenance comes in the form of whetting stones that can be applied mid-fight to increase its durability or from a smithy that can refine various properties of the weapon. More than just a repairman, the town smithy can also improve various aspects of the weapon and, assuming that all the components have been collected, can even forge something entirely new as well.

Where things start to falter a bit is where the controls and camera are concerned. When pressed against multiple enemies in particular, target switching can prove to be a real problem. Rather than merely pressing a button to instantly switch focus between adversaries, you instead have to break combat and basically run up to the foe that you want to put on the business end of your blade. It just feels unintuitive and stands as a blemish on otherwise entertainingly accomplished combat system.

Much less entertaining though, is that Way of the Samurai 4’s minor misfortunes carry through into its menus. When it comes to switching weapons mid-battle for instance, you have to go into your inventory, cycle them from out of your weapon pack and then equip them from your primary inventory so you can continue on the fight (unless you feel like engaging in some old-fashioned fisticuffs of course – there’s a combat style for that). As such it all just feels so unnecessarily fiddly when there’s no reason for it to be and in being so, it further undoes the impressive work wrought elsewhere. 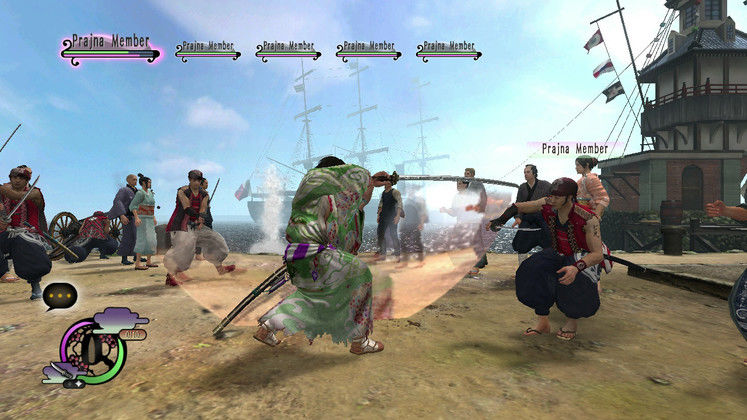 Failure to maintain your blade will result in it breaking mid-battle, leaving you with little else than a laughably ineffectual hilt to tickle your foes with.

One other area that Way of the Samurai 4 could do with spending some extra time in the dojo is where its tutorials, or rather the lack of them, are concerned. Of course it is one thing for a game to lead you by the hand and teach you to suck eggs but it’s quite another to not be told how its basic aspects of the game work. Take Samurai Points for example. These can be accrued by completing certain missions and by finishing playthroughs in a particular fashion, but you’re never actually told what they’re for. The fact that they can be used to customise your samurai in various ways is something that would have been nice to know from the get-go; as would the methods in which they can be accrued. As it is though, knowledge pertaining to the majority of the systems in Way of the Samurai 4 must often be sought from outside the game, which is a pity.

Presentation-wise, the Ghostlight published title is pretty much what you would expect from a conversion of a nearly half-decade old PS3 title. With low-detail and geometrically simplistic visuals that do little to disguise their last-gen console origins, a bump in resolution proves to be a welcome, if largely insignificant gesture in bringing the game’s visual aesthetic up to date.

WAY OF THE SAMURAI 4 VERDICT

Deserving praise for encapsulating the sort of Japanese-themed action RPG shenanigans that PC owners rarely glimpse, it’s nonetheless fair to say that Ghostlight’s latest is far from perfect. For those willing to forgive its more archaically-rooted foibles however, Way of the Samurai 4 very often proves to be a hugely entertaining prospect while providing a gleefully quirky look at one of the most enticing and formative periods of Japanese history.

Opening your own dojo and then being challenged by a student from another school for an impromptu scrap on the streets. 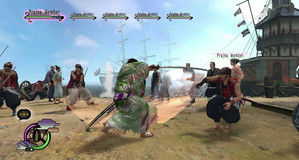