We Were Here Together

Is We Were Here Together the best puzzler of 2019?

From modern-day Escape Rooms all the way back to sharing a controller with a buddy as you both tried to escape the terrors of the Spencer Mansion, I think it’s safe to say that it’s always more fun to solve puzzles with a friend. The developers over at Total Mayhem Games are fully aware of this, having built themselves a franchise based on the idea of cooperating with others in order to solve intricate puzzles in an Antarctic setting. The latest of these, titled We Were Here Together, promises a much more elaborate experience, featuring larger levels, more complex puzzles and even a deeper narrative.

Like the other games in the series, We Were Here Together is a first-person adventure title where you roam a frigid Antarctic outpost armed only with a walk-talkie and the company of a fellow explorer. There’s no sense in fixing what isn’t broken, so the game keeps the same formula from the previous two titles, with a few minor improvements and more intricate level design. Basically, you’ll communicate with your player-controlled companion in order to solve a variety of puzzles, slowly unraveling the true nature of your expedition and the mysterious medieval castle that somehow still stands in this snowy wasteland. 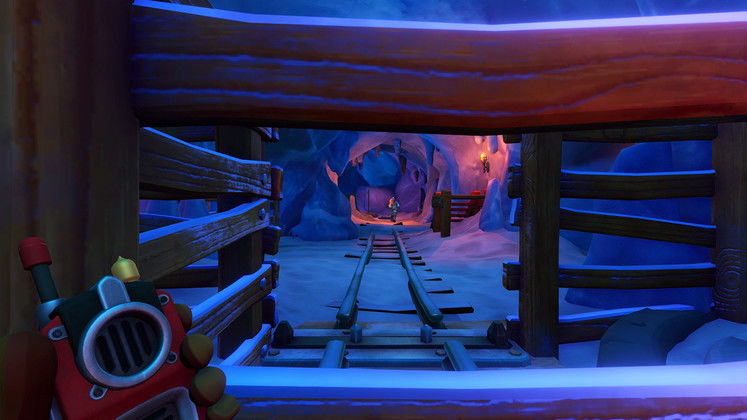 The campaign itself is actually a lot longer this time around, with more expansive areas and multi-stage challenges that will require every possible ounce of teamwork to overcome. Bigger isn’t necessarily better, however, as it can often get very frustrating to keep track of all the clues and tools that you’re given during any specific puzzle. On the other hand, if you’ve already played the other titles and are used to Total Mayhem Games’ puzzle-solving mindset, this new entry will probably feel like a natural evolution of the franchise.

With the added complexity also comes a more in-depth story, though it’ll still mostly be told through subtle hints and background details rather than traditional cut-scenes and characters. I’m already a sucker for spooky Antarctic tales, but We Were Here Together definitely doesn’t disappoint. Having learned from the other games, this highly atmospheric puzzler makes more of an effort to flesh out the dark backstory behind the adventure without necessarily getting in the way of the constant problem-solving.

Unfortunately, the online-only approach does come with some caveats, as relying on the lobby in order to find an open game can be a really slow and painful process. This won’t be much of an issue if you’re already buying the game in order to play with a specific friend (which makes more sense, as you’ll have a better time playing with someone that you can easily communicate with), but less social buyers might want to visit the developer’s official Discord in order to find other lonely players to join you on this frigid quest. 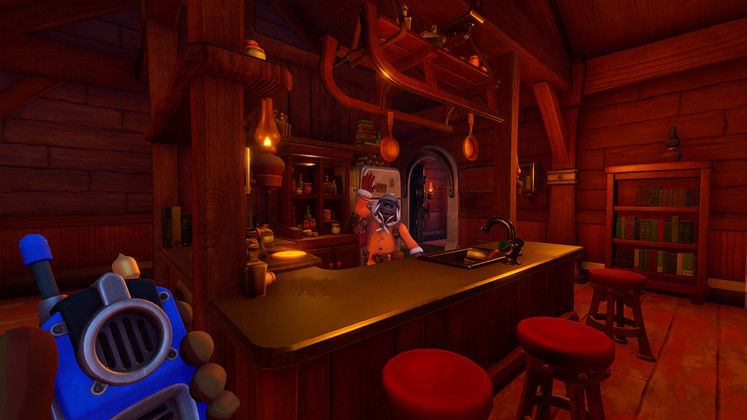 Despite these issues, We Were Here Together is probably my favorite puzzler of 2019. Not only is the gameplay entertaining, but the presentation and production value are also impeccable. The music and visuals are guaranteed to suck you into this mysterious journey, and the exaggerated art style is quite pleasing to the eyes once you get used to it. In fact, you’ll eventually be so immersed in the experience that the game will start to feel more like a real-life Escape Room rather than a simple adventure game.

WE WERE HERE TOGETHER VERDICT

Ultimately, We Were Here Together is a must-play for fans of both co-op adventures and challenging puzzles. There are a few minor issues here and there (especially where the online matchmaking is concerned), but this new entry serves as a delightful cherry on top of an already impressive franchise cake. If you can find a likeminded friend willing to go on this adventure with you, I’d recommend doing so as soon as possible. One the other hand, if you’re still not convinced, I’d suggest picking up the original We Were Here, which is currently free on Steam.

We Were Here Together Essentials 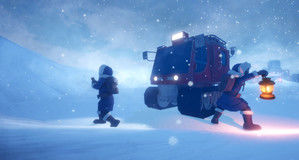