Yup, This is Purgatory 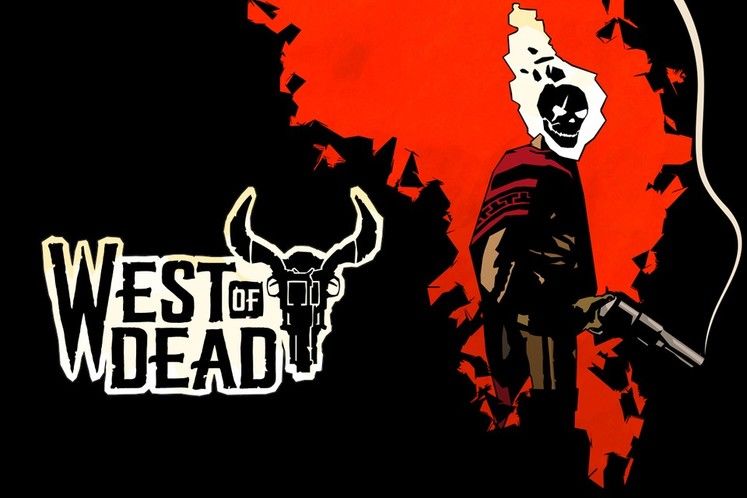 West of Dead is yet another addition to the Action Roguelike genre, only this time, you’re a Ghostrider-eque gunman, trying to figure out what the hell is going on. It’s purgatory, for sure, but why exactly has your Ron Perlman-voiced dead man, William Mason, found himself here?

To answer that question, you’ll explore various mines and dungeons, all the while using cover and twin-stick controls to fight off hordes of enemies in a pseudo-Western style world. Along the way, you’ll find new, more powerful rifles, handguns, and melee weapons to better defend yourself with. As you destroy your enemies, you’ll pick up a currency called Iron and something even more important: Sin.

You’ll be able to use the Iron to buy items at your friendly purgatory trader, which helps make your run a bit easier, but the real progression comes from the meta-upgrades you can purchase with the Sin you accumulate. After every level, you’ll exchange that Sin with a witch (just don’t ask her what she does with it) for permanent upgrades. First, you’ll be unlocking that health flask, but soon, you’ll be unlocking many extra guns, shields, and more, all to improve your survivability in future runs.

Oh, and we can’t forget the obligatory chests that you’ll choose one of three upgrades from. Weapon damage or health? Health or damage from specials? Your call. Does the formula sound familiar? It should. 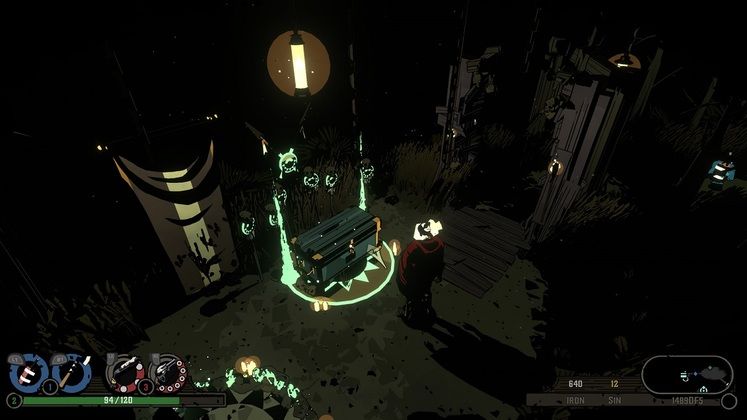 While the gameplay sounds - and more importantly, plays - a bit too similar to other games of the genre, it’s West of Dead’s setting, and the aforementioned Ron Perlman voice acting that elevates this game to slightly above average. Slightly.

However, it’s the repetitiveness of West of Dead and the lack of truly exciting upgrades that keep it from feeling like a winner. Sure, games like this are meant to be repetitive to a degree, but each run feels way too similar. The dungeons rarely feel unique to one another and the procedural generation does very little to keep the game from feeling like its setting: purgatory.

With a better and wider mix of weapons to find, West of Dead could circumvent this feeling to a degree, but it’s also the landscape and looks of the dungeons you’ll traverse and survive through that begin to feel pretty stale. The color palette doesn’t help much with this, either, sad to say.

So as you move from room to room, using lanterns - and eventually unlocked upgrades - to distract your enemies, blasting them with shotguns and pistols, you start to feel like you’ve done this all a hundred times before, even just a few runs in. Hell, even Ron Perlman seems to know this as his character expresses similar sentiments in a wholly-on-the-nose way.

Truth be told, this game feels like it needed an Early Access period to better pad it with content, unlockables, and a wider variety of environments. Instead, its release will likely be met with a collective “meh”, as once you get past the cool premise of being a cowboy-like character with a flaming skull for a head that’s voiced by Hellboy, you’re likely going to stop caring about any of that. Which is too bad. West of Dead’s premise is cool in theory, but it’s pretty boring in execution. 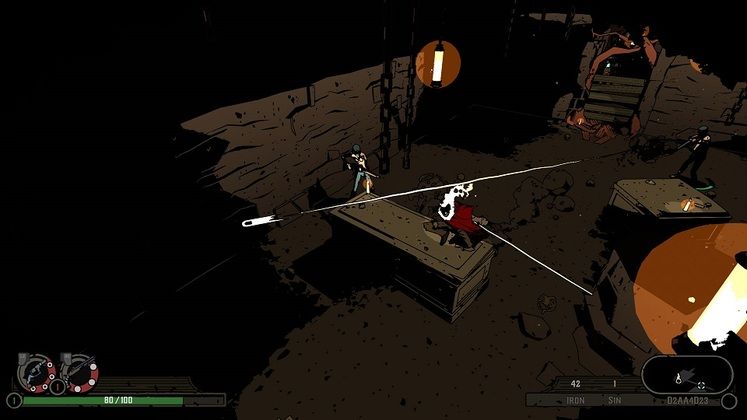 The hand-drawn aesthetic of West of Dead looks nice enough, but none of it really stands out. As mentioned before, the environments are all very similar looking, even when they’re not necessarily the exact same locations.

Playing West of Dead with a controller is mandatory, as the PC mouse and keyboard controls are borderline unplayable. Furthermore, I had a hell of a time getting my PS4 controller to work with West of Dead (something I’ve never had issues with) until I found this helpful advice.

There’s some weird glitching during the menu screen and I found the occasional bug wherein an enemy didn’t get hit, despite a clear trajectory that should have made contact, or a slight delay in a jump to cover that cost me HP or an entire run, but I didn’t run into anything game-breaking.

A run-of-the-mill procedural twin-stick roguelike that has a unique aesthetic and premise, but little else. Without more content, more variety, and more exciting unlockables, West of Dead is dead in the water. Or will remain in gaming purgatory. Either way, I have very little faith in West of Dead’s future.

When I mastered the gunplay and dodge mechanic. Using the lanterns to blind your enemies at the perfect time felt very satisfying, too. Ron Perlman’s voice acting is on point. 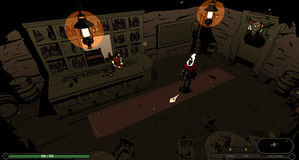