Alone in the Dark

The number of survival horror games that can make your hair truly stand up on end can probably be counted on a single hand, if we’re being completely honest. An accomplished survival horror that harkens back to a time when developers knew how to chill their audiences, White Night’s liberal digging into the past also sees the adoption of a few outdated elements that hold back the overall experience.

A third-person survival horror, White Night’s narrative taps into the sort of classic horror setup enshrined by classic Hollywood cinema in years past. Cast as a stranded and injured private eye after a car crash in the early 1930’s, players are drawn to a foreboding mansion concealing dark secrets and somewhat predictably, even darker terrors. 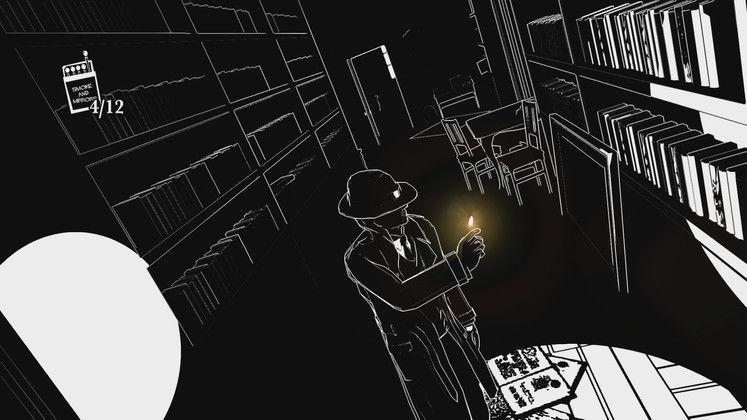 Within the bleak cloisters of the house, players are required to solve logical puzzles to proceed, all the while braving the scares and frights that permeate throughout its walls; survival horror 101 essentially. Puzzles aside however, the real cornerstone of White Night’s experience is light and in particular, how to use it in order to stay alive.

Besides not being able to interact with anything in the room, being stuck in the dark also brings with it the much more significant problem of impending doom, too. You see, as your beleaguered avatar remains mired in the blackness, a slow and perturbing drum begins to sound and as it becomes louder with each strike, it builds to a crescendo that eventually results in our hero biting the dust.

Thankfully, the dark can be kept at bay by employing its natural opposite, light. The main way in which this is achieved is from the flames that can be struck into being from the many matchboxes that litter the mansion. Each match however, remains a commodity and as such must be used frugally to ensure that there are enough left for when they are needed the most.

Therefore, as you can only carry a dozen at a time, it benefits the player to make a mental note of where unused matches have been left behind for self-preservation purposes. Oh and just to really fry your noodle, the developer has included a potential fail condition each time you attempt to light a match, sometimes resulting in wasted matches which, well, really doesn’t help things at all.

Elsewhere, light can be created from electrical sources too. Typically, a light switch or a lamp switch will cause an area of the room to flood with illumination, however in roughly 90% of cases, the power will be out and players have to reconnect plugs to sockets in order to activate these safe havens of brightness. 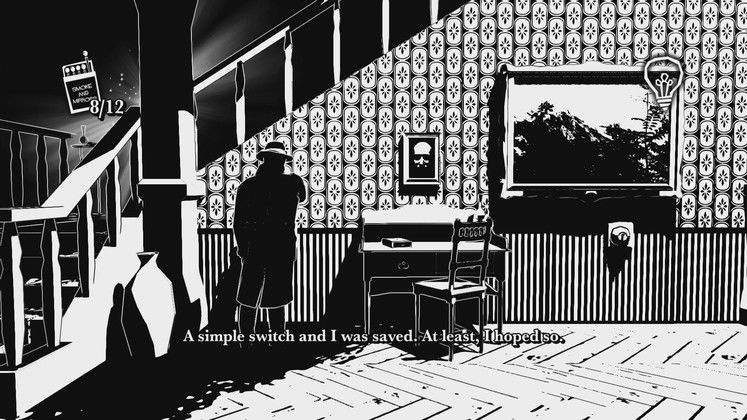 Without a source of light, you’re pretty much stuffed

In addition to warding away the ever present threat of the creeping darkness, electric light sources also boast a key function that the matches do not; they can vanquish the resident shaded spectres who can instantly kill our plucky protagonist with a single touch. It’s these malevolent spirits that herald White Night’s biggest departure from the genre status quo, in so far as there is no combat in the game at all; you either vanquish something with electric light or you run your rectum off until you can’t see or hear them any longer.

Where White Night does subscribe to the norms of the genre, well if we were in 1996 at least, is in the use of fixed camera angles. While such an approach allows the developer to adopt unique cinematic perspectives to help foster a sense of fear or dread, it also brings with the unfortunate issue of orientation. This becomes an especially notable problem if you’re fleeing from a ghost and the camera changes perspective on you, creating a navigational mess as you struggle to get your bearings and usually not in time before said dead nasty manages to accost you.

And really, those horrible apparitions are White Night’s other big problem; they’re literally the only real enemy you come across and are reused extensively throughout the game. The fact that in the later areas they’re literally stuffed to the rafters with the things, it’s fair to say that White Night is certainly more enjoyable towards the start of the game then it is towards the end.

In regards to the puzzles, there isn’t a lot here that will tax the grey matter of experienced players. Such conundrums tend to be of the find an item to use in a particular place situation and as such, are solved fairly easily. Other brain teasers tend to revolve around using light to carve a path through some ghosts but otherwise, White Night’s puzzles are not of the variety to stymie or trouble the player.

Clearly though, where White Night succeeds the most in its cultivation of a truly foreboding and palpable atmosphere which when working at its apex, proves to be as scary and tense as anything seen in recent memory. 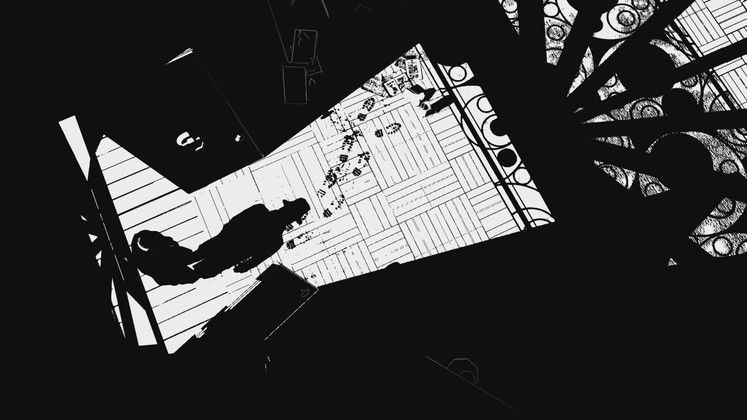 While the game’s noir-steeped monochromatic aesthetic is remarkable and striking in its own right, it’s really the aural side of the equation that is most effective in realising such a perturbing atmosphere. From whistling winds and tortured wails to the sudden strike of a drum whenever a ghost spots you, it’s abundantly clear that developer OSome Studio wields considerable talent when it comes to preying on player’s fears. Indeed, throughout my playtime with the game, the hairs standing to attention on the back of my neck stood as proof of their overwhelming competence in this regard.

A special mention must also be made of the strong sense of place that the developer has fostered here as well. Rather than just leveraging the 30’s setting for its noir overtones, White Night also uses the socio-economic history of the time to further cement the melancholy of its tale. With grim meditations on the first world war, great depression and other events of the time all woven into its narrative through collectible newspapers, photographs and diaries, it’s greatly refreshing to see a developer dig deeper into the time period for more than just its chic.

White Night’s biggest achievement though is clearly the terrifying atmosphere that pervades throughout its duration. Though certainly not absolving the game of its other flaws, the sense of dread and fear is palpable and in a genre which has largely neglected the finer aspects of its craft, White Night stands out as an exceptional, yet mechanically imperfect proposition.

Stumbling through the dark and lighting up a match only to be greeted by a shrieking black ghost. Nope. Nope. Nope. 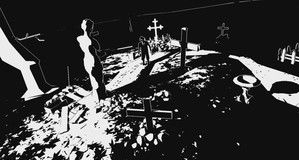