Right one minus, definitely don’t cut!

WRC 5 is a totally competent rally racer, but it’s incredibly barebones when compared with other racing games. The core of the driving feels good, and nailing a turn is incredibly satisfying. The problem, though, is that I was nailing a lot of those turns. WRC 5 looks like a simulation-style racer, with its licensed drivers and cars and its subdued, sports-like presentation, but the driving model hews more towards arcade racing.

Right one minus, definitely don’t cut!

As you would expect, various types of terrain have noticeably different effects on your car’s handling. Tarmac gives you great traction, but that in turn makes it more difficult for your powerslide through tight turns, while gravel has the opposite effects. Gravel, tarmac, sand, dirt, and snow are all represented and they all behave very differently, and those differences are furthered by weather effects like rain.

But while you do have to pay attention to changing track conditions, it’s pretty simple to stay in control of your vehicle throughout a race. You don’t have to pay a ton of attention to exactly when you let off the gas, hit the brakes, or return to accelerating - as long as you play with a hair of caution toward your speed, you’ll come out of every corner cleanly, even if you were wildly whipping the wheel around to get there. You can’t really customize the simulation model, either. You can toggle braking and stability assists, but neither of those have a profound effect on how the game plays. 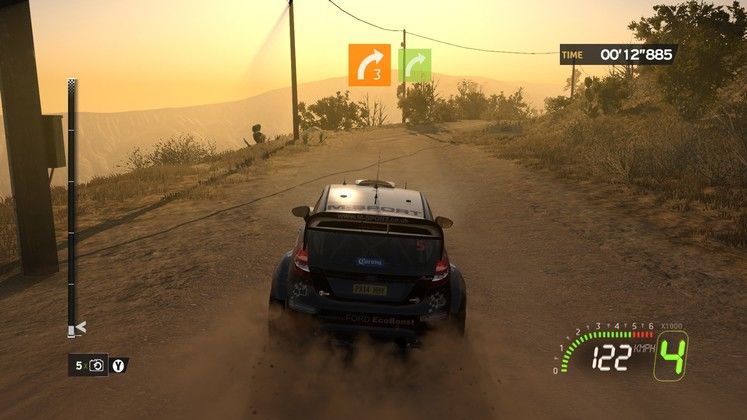 Mexico is a scary, scary place for a rally driver

The difficulty in regards to other drivers is also pretty suspect. Playing on medium difficulty, I finished basically every race with a time about a second ahead of my competitors, almost regardless of my actual performance. As long as I didn’t crash full speed into a wall or fly completely off track, I won, which hardly encouraged the kind of risky corner-cutting that makes rally interesting. You also get a generous supply of replays, but these don’t function as you might expect from other modern racing games. Instead of allowing you to rewind until just before an unfortunate turn, they simply reset you to a predetermined checkpoint at a dead stop.

Career mode starts you in the Junior WRC circuit, and as you win seasons, you’ll gradually move up the ranks. Ultimately, though, it plays out as a list of races. If you win enough of the first tier, you get a faster car and a new set of courses. You get a bit of time between race days which you can spend as a resource to repair your vehicle, but given the lack of nuance in the driving model, there’s not a ton of strategy in what parts to focus on. The same can be said of the car customization itself. The only truly meaningful choice is what type of treads to use, but even that is just a matter of matching them to the type of terrain on that day’s track.

At least the tracks themselves are good. There are thirteen locations from around the world, each of which has five unique stages. There are smart, challenging combinations of turns, and a variety of driving terrains. The locations all have their own unique flavour, from the gently rolling hills of the Polish tracks to the harrowing, hairpin mountain turns in Mexico. 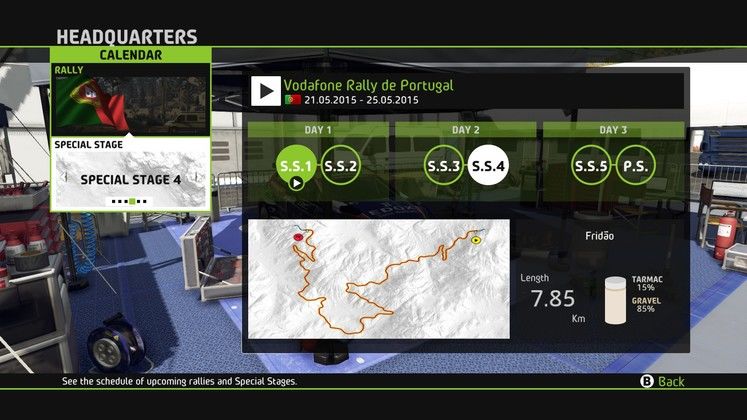 Career mode is disappointing for its lack of structure and options

There’s an online mode, or at least a menu option for one. Playing the PC version a week after release I couldn’t find a single game online, which doesn’t bode well for WRC 5’s longevity. An eSports challenge is set to start alongside the actual WRC season in January, but it’s tough to imagine the community sticking around long enough for it to be a success.

The visuals would have been solid when compared with games of the previous generation, but they look flat against more modern titles. Everything looks fine in motion, but details like the crowd, weather effects, and lighting are all a bit lacking, and there are a few textures that look straight-up bad. The sound suffers much worse. Engine sounds are powerless and tinny, and your co-driver reads pace notes with the breathless verve of an enthusiastic robot. It’s nearly impossible to follow their instructions, and they occasionally seem to fall completely out of sync with where you are on the track.

That is assuming, of course, that you understand rally shorthand, because WRC 5 absolutely assumes you do. If you don’t, then be prepared to run to the internet in search of help. Maybe it’s odd to expect an officially licensed product of the World Rally Championship to be more friendly to those unfamiliar with rally racing, but given the game’s more casual driving model, it’s odd that the basics never get explained. 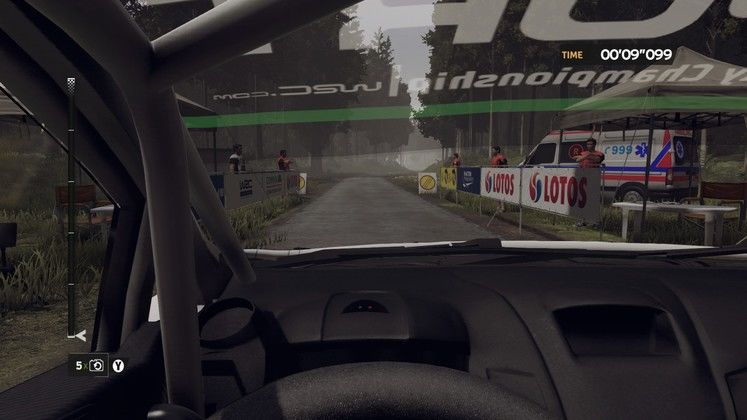 Cockpits are really lacking in detail

But then, that speaks to the game’s most damning issue: its lack of identity. It’s not quite realistic enough to please hardcore simulation fans, but it’s so dry that casual players will be turned away as well. There are much better simulation racers out there, including a few exclusively about rally, and there are many better arcade racers out there as well. All of WRC 5’s issues are essentially nitpicks, but the racing genre is so crowded with excellent games that it’s tough to recommend.

WRC 5 is a completely competent, inoffensive racing game, but it lacks the features that have become standard in the genre. Whether you’re a fan of simulation or arcade-style racers, there are many better alternatives out there.

Accelerating out of a perfectly executed Scandinavian Flick. 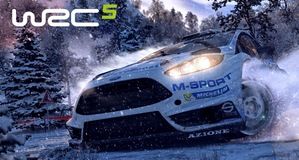