The turn-based retro classic is faithfully reborn, without sacrificing its alien heritage

I’d be the first to insist that a game should make a solid decision on what it’s about, and what sort of action it provides. Choose your guns, and stick to ‘em. The highly-anticipated reboot of the classic XCOM franchise doesn’t seem to hold this principle particularly close to its heart, demanding that you embrace all manner of different types of gameplay.

What’s perhaps most interesting about this schizophrenic behaviour is that it actually works. It challenges the notion that a game should have a distinct style at its core, by offering close quarters turn-based combat, global strategy, resource gathering, a relatively open sandbox and a clear, progressive storyline. It’s a mash-up that – for once – actually works toward creating something coherent, instead of bombarding you with a cacophony of gaming randomness.


Originally spawned way, way back in 1994, the XCOM franchise has gone through quite a lot of evolution, changes and tweaks, until it wasn’t especially recognisable anymore. Developer Firaxis Games is clearly passionate about the game’s origins, as it’s taken this opportunity not to create yet another sequel, but to reboot the game that started it all. Certainly this isn’t a criticism, and the design ensures that old hands and newcomers alike are catered for, without sacrificing quality.

As is always the case in an XCOM game, XCOM: Enemy Unknown begins with an alien invasion. There’s a superb subtext here that gives a nod and a wink to classical sci-fi mythology, as the invasion begins very quietly. Farms are buzzed, or a lone ship accidentally crashes in some backwater hick town, and your task is to monitor for these small incursions, contain them, and prepare for the possibility of a widespread invasion.

Orbital defences can’t keep this unknown enemy at bay on their own, and one of your first tasks is to ensure that satellite monitoring is up to scratch so you get an early warning of a global perimeter breach. From there you can attempt to engage alien ships in the air, hopefully thin their numbers a little (if it’s a fleet) and bring them down where the battlefield is a little more even.

This opening taste of strategy expands and deepens as the game progresses. Despite this being a global catastrophe in the making, you still only have limited resources. Your orbital monitoring system must be maintained and upgraded, but more so your XCOM HQ on the ground. This is about as far as the construction elements go, but keeping your base of operations up to scratch isn’t a casual task; you might like to plough all your cash into weapons development, but an ill-equipped headquarters will see you reach a sticky end very quickly.

You’re soon thrown into the combat missions, of course, so you can’t spend too long tapping a calculator and worrying about budgets and time management. Once an alien is in the atmosphere, you need to act very quickly. And while these missions follow a similar pattern with each new game, they’re quite random, so don’t think you’ll get an easier ride if you just start the game again after an early failure. This adds a lot of replay value, since two games will never be quite the same.

Combat, like the original, is turn-based. For those who love this format, rest assured that XCOM: Enemy Unknown presents one of the best examples of you-then-me gameplay we’ve seen for a long time, and you’ll relish the toe-to-toe chess-like fighting. If, like me, you find turn-based mechanics to sap a game’s momentum, you’re in luck. The game seems very much aware of this inherent problem with the nature of turn-based action, and still, miraculously, manages to keep the tension very high. XCOM: Enemy Unknown could well be your turning point into this style of combat.


After putting together a small team to investigate a crash, to capture alien technology or to respond to an invasion landing party, there’s a superb lull before the storm. A fog of war cloaks much of the environment, but leaves you subtle signals to follow that lead you to the action. A cloud of rising smoke, or rubble where a house used to be guide you imperceptible toward your missions, and add a tangible air of anxiety before the bullets start flying.

As soon as you engage the enemy, you need to have a strategy ready. A rookie can be useful as bait, for example, bringing aliens within range of a high-level sniper who can’t move and shoot within the same turn. Send your whole team in together, boots first, and you’ll quickly find that the extraterrestrials have you surrounded, have lead you into a trap or are guiding you into their own snares.

You’ll also need to make tough decisions. The team is small – only four to six members, usually – so you need to choose its line up carefully. And should one of these soldier be injured or pinned down, fast decisions have to be made as to whether it’s better to enact a rescue, or push on with the mission and consider them a broken egg of this alien omelette. Neither is an easy option, and a brutally cutthroat attitude might initially seem like the professional option, only to find that the solider you sacrificed is necessary once inside the alien ship. Then again, you could lose three team members attempting to rescue one, and as Spock will tell you, that’s just not economically viable.

The interface is surprisingly minimal at first glance, but as you come to understand how the combat works, the depth of its design is revealed. Rather than inundate you with menus and buttons, a lot of the information is show – rather than told – through environmental overlays. The most important and impressive is the line-of-sight perimeter, which not only stops the game from dividing the landscape up into unrealistic grids, but shows you where cover can be found and optimal shooting positions can be obtained.

This is a fluid system, too, thanks mostly to the wonderfully destructible scenery. Grab some cover behind a car, but don’t get too comfortable, as it’s not unlikely that it’ll explode when it takes enough enemy fire. You might also want to pull that trick yourself, by levelling the aliens’ cover to give you a clear shot at their bulbous heads.

The weaponry to achieve all this must be developed and upgraded, as are your soldiers’ abilities (even resulting in telepathic and telekinetic powers later on), but the roster is noticeably limited. Missions often have you recovering technology from the aliens, but it never seems to filter through to the frontlines. And your team members seem to have a fixed intelligence, which can prove very frustrating at times when they fail to perform the most basic self-preservation actions without a direct command from you. More attention and options in this area – which is available in others, such as your strategic command centre – are pretty much expected in these types of games, so the absence is noticeable here.


Still, it’s a small chink in otherwise gleaming armour. A death-match multiplayer option is thrown in for those who enjoy a bit of online action, or like to see how it plays from the other side, but it’s a cursory addition to XCOM: Enemy Unknown’s roster that barely qualifies as a selling point.

So as long as you’re happy that the game’s real qualities are found in single player, offline gaming sci-fi epics, XCOM: Enemy Unknown comes highly recommended. Remember that this recommendation also goes for players who aren’t usually the turn-based type. As long as you enjoy action, sci-fi and a rich amalgam of gaming styles, there’s loads to enjoy right here.

The explosions are more real and satisfying than we’ve ever seen, so any time you blow up something huge is a wonderful gaming moment.

So as long as you’re happy that the game’s real qualities are found in single player, offline gaming sci-fi epics, XCOM: Enemy Unknown comes highly recommended. Remember that this recommendation also goes for players who aren’t usually the turn-based type. As long as you enjoy action, sci-fi and a rich amalgam of gaming styles, there’s loads to enjoy right here.

The explosions are more real and satisfying than we’ve ever seen, so any time you blow up something huge is a wonderful gaming moment. 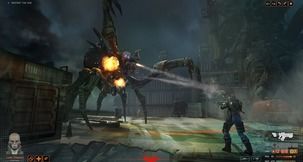 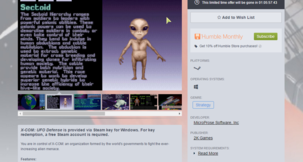 Humble Bundle Is Offering The 1994 Classic... 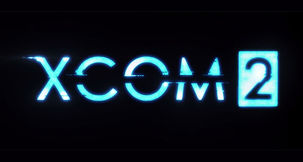