Whatever else might be wrong with it, there’s nothing quite like Zero Time Dilemma on PC that’s for sure. The third in the Zero Escape series that has, until now at least, existed exclusively in the domain of console hardware, Zero Time Dilemma arrives on PC bringing with it a unique blend of visual novel beats and escape room conundrums all generously drenched in an anime style visual aesthetic.

Among even games of a similar ilk, such as the recently released Danganronpa titles, Zero Time Dilemma boasts a unique and compelling premise. Set inside a facility constructed to replicate the day to day and mental health implications of living on a hypothetical Martian colony base, the player is given custody of nine very different characters who have been incarcerated in a nuclear bunker that lurks underneath the main base.

Split into teams of three across different areas of the bunker by a mysterious figure known only as ‘Zero’, the nine captives are forced into a twisted psychological gambit called the Decision Game, with the goal being that in order to escape six codes must be obtained to unfasten the mechanical lock preventing escape. The thing is, each code only becomes available once somebody has been killed and as you might very well guess, the prisoners are forced into a number of macabre Saw-style conundrums with the player deciding who lives or dies as a result. 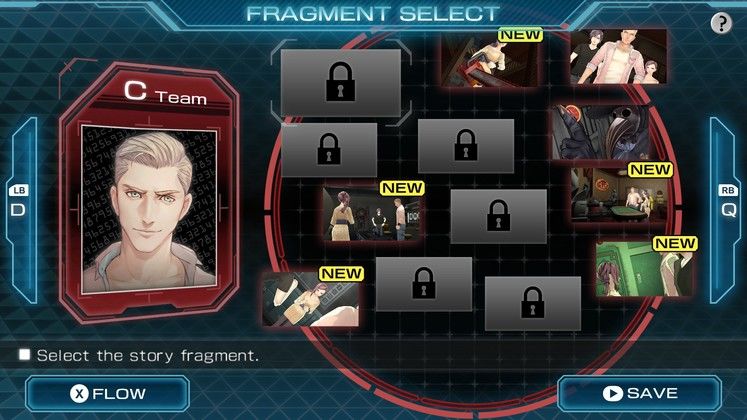 The narrative in Zero Time Dilemma is non-linear, allowing the player to tackle the story in a number of different ways.

Once into the game proper, you’re given your very first taste of how this decision making system works as the villainous Zero demands that each of the three groups casts a vote with the team that receives two votes being entirely killed off in a suitably gruesome fashion. Without spoiling the possible results and resulting conclusions, each decision that you make reverberates across the entire narrative, unlocking new scenarios or ‘fragments’ which can then be played in any order. In each of these fragments you find yourself doing one of three things for the most part; watching cutscenes, making decisions or solving puzzles.

Crucially though, it’s the ingenuity of these decisions that really makes choosing an outcome so very compelling. In that very same instance of the voting situation for example, one group decides to send a dog with a note (don’t ask) through an air vent to the other teams with the intention of getting each team to vote tactically for each team only once and thus preventing anybody from getting killed. Of course, because you get to see how this plays out from the perspective of each team, how you decide to vote is entirely up to you and by granting the player such power over the narrative, Zero Time Dilemma rarely feels anything less than extraordinarily gripping as a result. 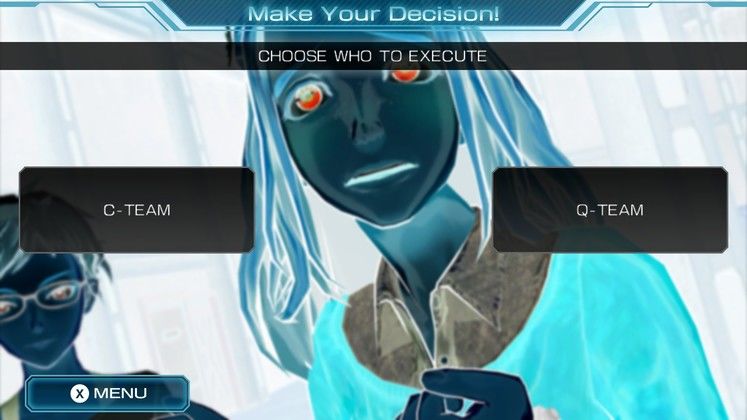 Certainly, folks who have never dabbled in the visual novel waters before might find the sheer amount of cutscenes that Zero Time Dilemma has to be a little on hefty side. For everyone else though, these cinematics merely serve to underpin the non-linear narrative of Zero Time Dilemma with aplomb and somewhat thankfully, you can fast forward through previously viewed cutscenes to get to crucial decision points with little fuss. While it is possible to reach a ‘dead-end’ conclusion of sorts by following a particular path, the beauty of Zero Time Dilemma is that you can always trace the narrative back to a specific point and make a different choice which then sends the entire plot down a new path; unlocking a whole bunch of new fragments to be tackled in the process.

When you’re not making plot-shifting decisions or watching lengthy cinematics, you’ll be taxing the old grey matter with Zero Time Dilemma’s puzzles and for the most part they’re a well-crafted bunch of brain teasers. Viewed from a first-person perspective, Zero Time Dilemma feels much akin to a point and click puzzler as you comb the scenery for clues and items which can then be examined or combined with one another to yield further clues and possible solutions. The puzzles themselves run the gamut of the simple to the obscure; with some seemingly simplistic puzzles artificially lengthened by overly abstract conundrums (see the ‘Top game moment’ at the bottom of this review) while other more fiendishly troublesome puzzles demand the use of pen and paper to properly keep track of their component parts. It’s an inconstant lot in all fairness; just when you pat yourself on the back for nailing a corker of a puzzle, you get one that drains the hours away and proves almost impossible to put to bed without the use of outside help. 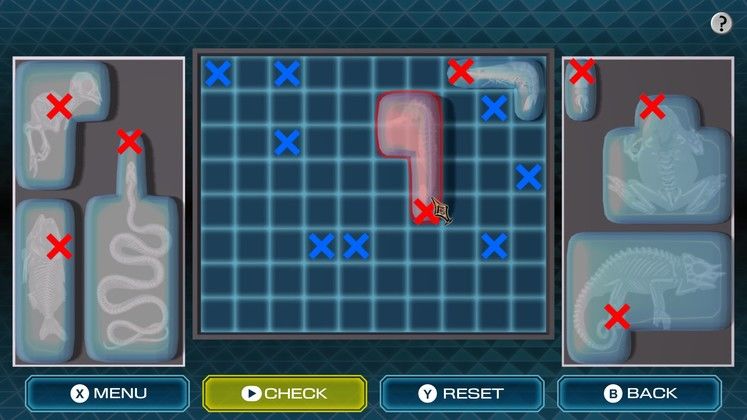 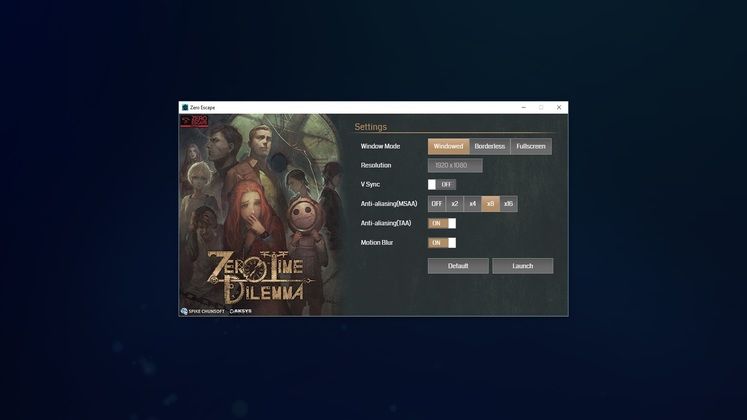 Zero Time Dilemma is not an attractive game. That’s not to say that anime and manga aficionados won’t find some solace in its distinct stylings but from a technical point of view the whole affair is sorely lacking. Effectively a port of what is a handheld console title, the horsepower gulf that exists between even the most entry-level of PC rigs and the likes of the Nintendo 3DS or PlayStation Vita is obviously gargantuan but you wouldn’t know that by looking at Zero Time Dilemma. Beset by low budget production values, the environments are sparsely detailed with only the most rudimentary of textures employed, while the character models look like stiff marionettes that have taken a forever holiday in the Uncanny Valley. Worse still perhaps is the fact that any sort of action scene, be it a fight or even just someone falling over, is done off-screen, further adding to the lo-fi nature of Zero Time Dilemma’s compromised presentation.

In terms of the visual tweaks available, players can muck about with resolution, v-sync and motion blur settings in addition to a pair of anti-aliasing parameters (MSAA&TAA). Despite the minimum spec , I can’t imagine a single PC worth its salt not being able to run Zero Time Dilemma to a decent standard. My own PC that encompasses a 2.8GHZ i5 CPU, Geforce GTX 670 and 16GB of System RAM blew through the whole affair without breaking a sweat, so I doubt hardly any of you will have a problem. 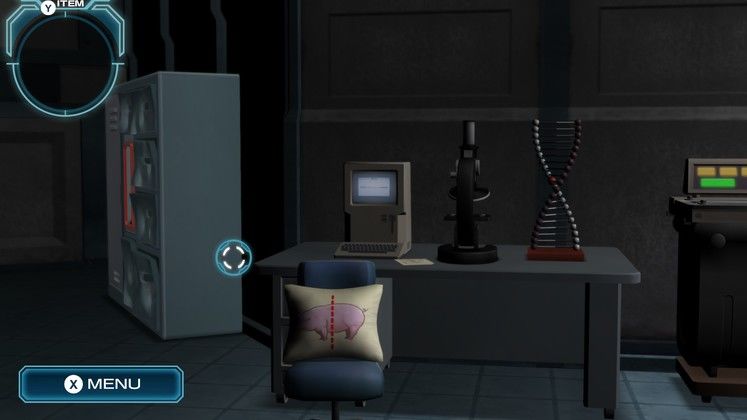 Although viewed from the first person, all you can do is look around the room and interact with object

Look, there’s little point in denying it; the English language voice acting in Zero Time Dilemma is awful; not quite Shenmue awful, but it’s pretty bad all the same to the point that the dialog can consistently feel a stunted and awkward. Luckily though, you can elect to have the original Japanese language reinstated with English subtitles which, when you consider how much Zero Time Dilemma leans on drama and lengthy cinematics, makes for a far more immersive experience. Away from the realms of voice acting, Zero Time Dilemma also boasts a soundtrack by veteran composer Shinji Hosoe that deftly embodies the sense of unease and creeping dread that the game oozes from every digital pore. 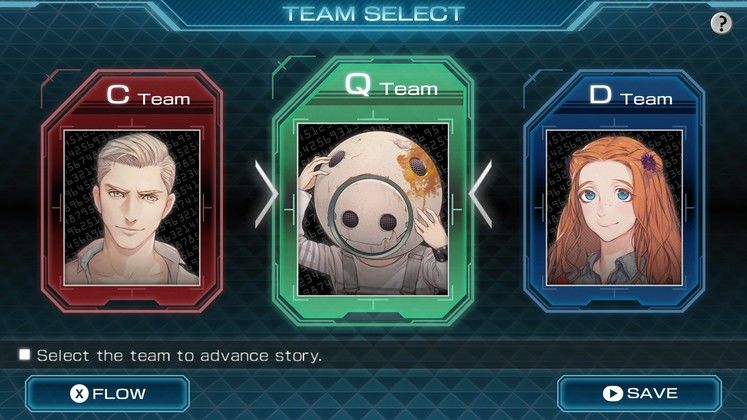 Of course, the puzzles and non-linear progression that Zero Time Dilemma embraces wouldn’t be nearly as effective were it not for the fact that they find themselves anchored in a gripping and taut narrative. An impressively layered psychological affair, Zero Time Dilemma’s Kotaro Uchijoshi scribed plot makes the most of the whole ‘us versus them’ scenario, imbuing a kind of paranoia that succeeds in making the player feel a constant sense of unease and dread trepidation throughout its duration. Though that shouldn’t suggest that the ambitions of the narrative end there because as is seemingly the trend for all the titles in the Zero Escape series, Zero Time Dilemma also decides to go off on a tangent into some super-deep musings about parallel universes, quantum physics and latent psychic abilities to name just a few. In short, you’ll need to be paying attention every step of the way.

It also doesn’t hurt that the characters are an interesting bunch too; Q is a boy who has lost his memory and found a spherical, cracked helmet stuck on his noggin, Sigma is an elderly man in the body of a twenty-something fella, while Carlos is someone who may, or may not, have a full on American Psycho style killing complex going on. So yeah, the cast of folks in Zero Time Dilemma are quite an intriguing bunch indeed and the increasingly absurd (and grim) events that they end up putting each other through leads to some truly cracking and memorable scenarios.

If there is one drawback to the narrative and cast of characters it’s that while both are well realised, it still feels like there is something missing since the game frequently references events from previous games. While still eminently quite playable for new fans then, it bares remembering that some aspects of Zero Time Dilemma’s plot and general premise will seem a touch more impenetrable owing to the need to be familiar with previously introduced characters and events. 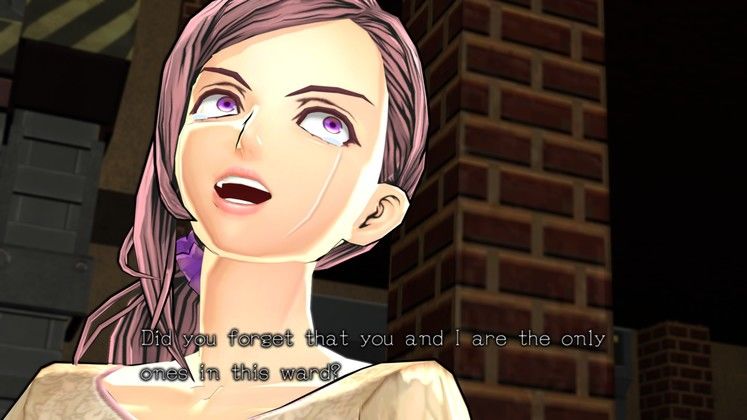 Much better looking in stills than in motion, Zero Time Dilemma's character models suffer from a chronic stiffness that makes them look incredibly dated

Zero Escape: Zero Time Dilemma will not be to everyone’s tastes; that much is obvious. An eclectic mix of puzzle solving and non-linear visual novel narrative, Zero Time Dilemma’s inconsistent conundrum quality and distinctly no-frills presentation aren’t enough to seriously detract from the impressive calibre of its numerous idiosyncrasies.

Working out the passcode to the freezer in the pantry and not tearing all of my hair out in the process. Others might not be so lucky. 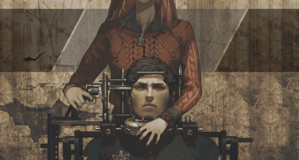